Will our addiction to cheap fast fashion hasten the dem...

Will our addiction to cheap fast fashion hasten the demise of the human race? 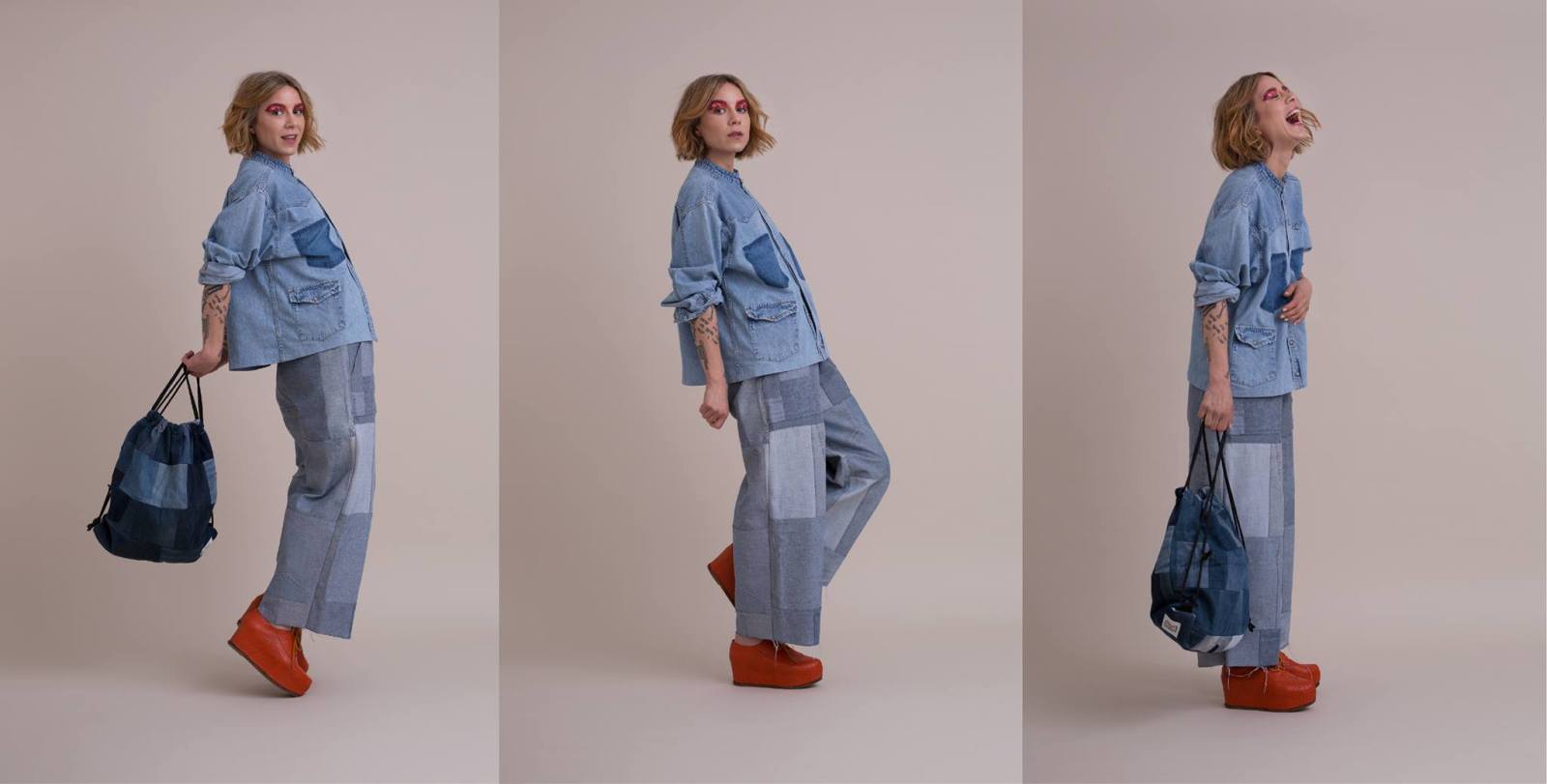 While some industries are taking steps towards sustainable practices, the fashion apparel industry largely continues to pull in the opposite direction, becoming more and more unsustainable. Earlier this year, during our visit to #StockholmDesignWeek2019, Remake Stockholm Stadsmissions, a Swedish fashion brand, presented its strategy to counter the destructive effects of fast fashion on the planet, and a way to rethink our approach to apparel.

“The way you dress says something about who you are as a person, and I want my clothes to last a lifetime,” says the man in Remake’s video, in-between shots of him walking around Stockholm while practicing Qigong, a gentle exercise rooted in Chinese medicine and composed of floaty repetitive movements. Within the first minute of the 2-minute long video, titled Remake the Norm, we see him in three different looks from Remake: a hooded white sweater topped with a baseball cap; a blue shirt with a mandarin collar; and an orange zip-up coat with a hoodie. Modern, simple yet trendy styles that are on-par with streetwear brands’ latest collections; except this is the clothes’ second life.

The idea of long-lasting clothes isn’t exactly new. In fact, it was once a standard. But fast-forward to 2019 and fast fashion rules the day, characterised by high volume, low margin, and often cheap and disposable items. According to a study by Greenpeace in 2017, sales of clothes have nearly doubled from $1-trillion in 2002 to $1.8-trillion in 2015 and are expected to grow to $2.1-trillion in 2025.

Meanwhile, the average person bought 60% more items in 2015, and keeps them for half as long as they did in 2002. According to a 2017 study by the Ellen MacArthur Foundation: “The average number of times a garment is worn before it ceases to be used has decreased by 36%.”

The implications of those statistics are massive, especially with regard to carbon emissions, and climate change. Greenpeace reports that, “In 2015, the fashion industry consumed nearly 80 billion cubic metres of fresh water, emitted over a million tons of CO2 and produced 92 million tons of waste.”

Remake Stockholm Stadsmissions is the fashion and design brand of Stockholm Stadsmission (Stockholm City Mission), an independent non-profit social responsibility organisation that works primarily to limit social exclusion among the city’s residents. The brand’s designs are created under the guidance of Swedish designer duo, Marie Teike and Karin Sterner, and the idea is to create new designs from existing clothes.

Although the repurposing of clothes has been part of the organisation’s work since 2002, it wasn’t until 2016 that Remake was launched as a fashion brand, and since then it has scooped accolades and received support from notable Swedes. In November 2016 it received an honorary mention from the Swedish minister of environment in connection with the country’s Environmental Strategy prize, and in January 2019 it received the H&M and ELLE Conscious award. In 2018 the country’s Minister of Culture and Democracy, Alice Bah Kuhnke, wore a Remake dress to the Nobel Prize award party.

Admittedly, theirs is but one example, and there are many other similar operations in other countries, South Africa included. However, the overwhelming majority of clothes bought and sold are disposable fashion. To bring about the necessary change, consumers would have to completely rethink consumption.

Sustainability matters in every aspect of our lives, be it avoiding plastic, especially that of the single-use variety, or taking a second look at our addiction to latest trends and the disposable fashion that makes being in season that much more accessible.

After all, “The way you dress says something about who you are as a person.” ML