Craft beef is coming to a grill near you 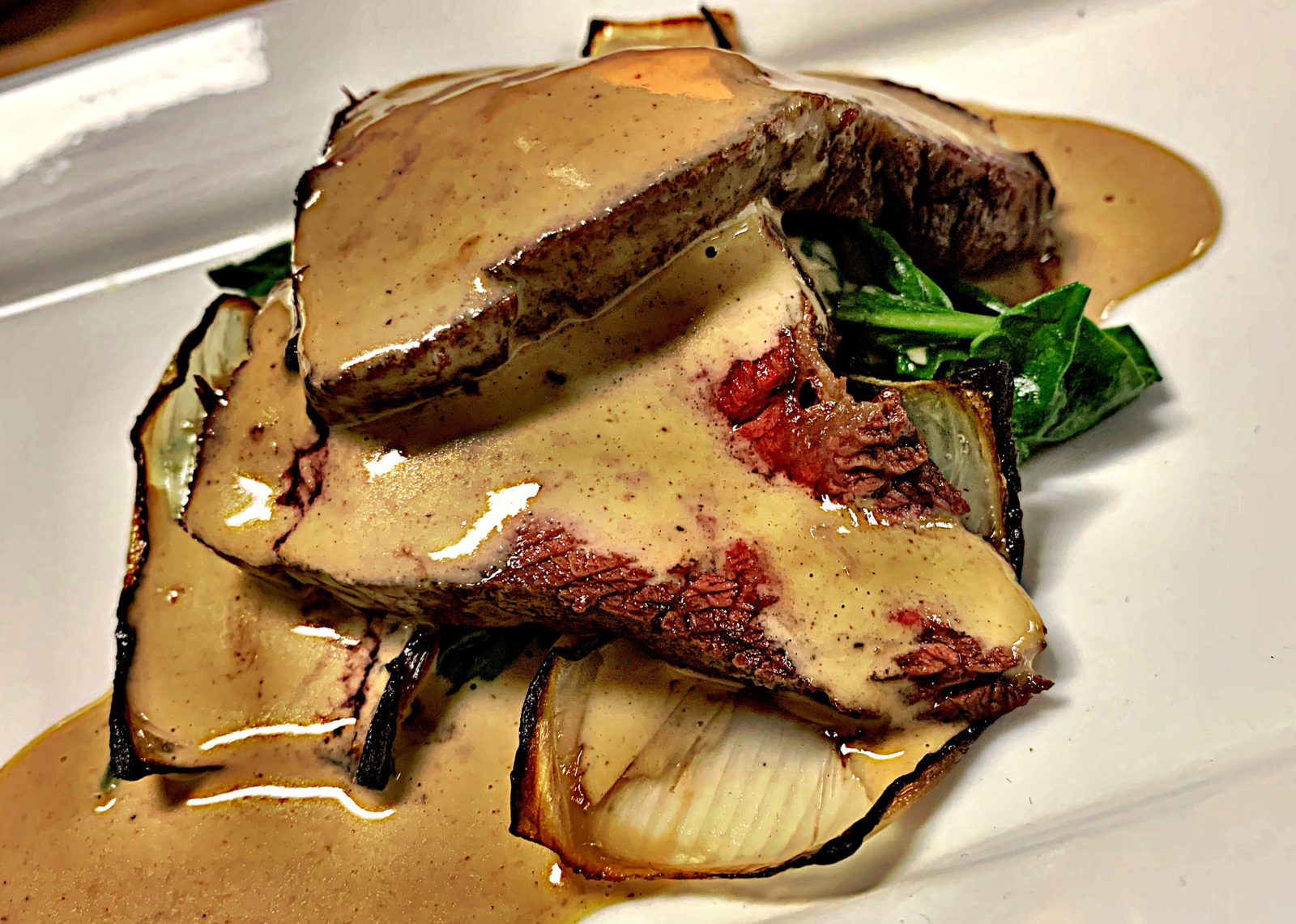 You read that as craft beer, right? But we’re talking beef. Warning: Eating Wagyu beef will most likely ruin you for any other beef. Yes, it really is that good, and it lives up to all its hype.

At a beginning-to-end Wagyu dinner at Pete Goffe-Wood’s new Salt Orchard premises in Salt River, guests learnt more about this delicious product from breeders and tasted the delicate meat with different cuts prepared by expert and capable hands. Also on hand was winemaker and raconteur of note, Bruce Jack who poured some of his exceptional wines which the likes of me can only dream about at around a grand a bottle.

Third-generation butcher Georgina Jeurissen from Rising Sun Wagyu was there to tell us her story and what makes this beef so special.

“Wagyu is our passion and it started for me a long time ago,” she says. “At one point I was working for my dad and asked if I could please get a raise and he looked and said: ‘My girl, it doesn’t work like that. If you want to make more money you have to go out into the world and make it yourself.’

“He gave me some tips and help which I used to start a business that grew into a very nice big business. It was unglamorous; I spent 6am till 6pm every day in my gumboots and white coat packing pieces of chuck and blade from C grade sides into boxes that went to mines and prison contracts and hospitals … there was no heart and soul to it.”

When Georgina first heard about Wagyu she had no idea what it was, so she began researching.

“From the first day, the story captured my imagination; it is beautiful from start to finish,” she says.

In Japan, Wagyu cattle – or any cattle for that matter – were not bred for eating, used instead for mining, transportation, forestry and rice farming. The famous myth about the cattle being massaged is not strictly true, in that it wasn’t done for the purpose of the marbling of the meat.

“They revered the cattle so much that after a day’s hard work the animals were stiff and sore, so they would rub them down to loosen them up,” Georgina informs us.

Because of limited gene pools outside Japan, the meat we were served was a cross with Angus, because there are simply not enough full blood to slaughter on a large scale; South African beef is usually slaughtered at around 12 months, whereas Wagyu breeds are allowed to grow to their full size of 850kg to a tonne, or about 30 months old.

The difference in the meat, says Georgina, all lies in the fat.

“It’s completely different to that of any other beef cattle which have hard saturated fat which raises your cholesterol levels, and blocks arteries. Wagyu developed differently because of the work they did. They needed a lot of intramuscular fat and it occurs naturally in the breed.

“The fat is so soft it’s more like an oil. If you take a piece and put it on your hand it begins to melt. It’s silky.”

The reason for this is that it’s very high in monounsaturates so actually helps to lower cholesterol, and it’s got the highest level of CLA (conjugated linoleic acids) of any food on the planet, Georgina continued. It’s very rich yet at the same time doesn’t leave you feeling sluggish; the fat is absorbed by the body, leaving no greasy feeling on the palate.

If you need more convincing, the Wagyu Society of South Africa ensures ethical farming methods without hormones, animal by products or routine antibiotics.

“We believe we are putting out a premium product, which should be premium in all ways. The animals are traced from birth to plate, for a quality eating experience,” says Georgina.

The proof of the pudding is in the tasting, they say, and in this case the meat provided all the evidence we needed. After we took the edge off our appetites with the lightest of light vetkoek which surely contained not a kilojoule nor a carb, with lashings of Chianti butter (whipped lard with a speckle of salty crunch), the first course of fillet tartare was served. Its raw state with minimal “interference” was a good introduction to what was to follow.

Course two was Denver steak. You are forgiven if you’ve never heard of this, first because almost every cut of a cow has several different names, depending on where in the world you are. For example, I asked “what’s a New York Strip?” It’s sirloin.

The Denver comes from the chuck, which is normally preferred for slow-cooking – roasts, stews, braising and such. From the Wagyu, however, it is as tender as fillet but with far more flavour. It was served with a mustard sauce and caramelised shallots.

Next up was the brisket, which had been smoked over a low heat for five hours, and left to rest for two more. The accompaniments were sweetcorn and grits. Of all the dishes, this one represented the fat running throughout best of all. At one point I glanced down the table to see Georgina gazing at her plate, taking a moment. “This is amazing. I’m speechless,” she said. True justice had been done to her cattle.

The final course was a slab of rib-eye with frites and Béarnaise sauce – simple, no messing around, allowing the flavour and texture of the meat to dominate the plate. It was savoured slowly for maximum pleasure.”

Of the 130 Wagyu breeders in South Africa, also at the dinner was Johan Strydom of Prime Wagyu.

“I love the product!” Strydom said. “Wagyu is so different from the normal mass market beef product. It made me realise the beef market is ready to be disrupted just like many of the other markets where niche and craft products moved in and created additional choice for the consumer.

“Look at especially the craft beer and gin markets. The world loves additional choice and yet the way we produce and buy one of the biggest sources of protein on this planet is still using archaic beef grading systems. The way the Japanese grade their beef (and their tuna) makes a lot more sense, especially in terms of rewarding those who create a quality product rather than just rewarding them for how many kilograms they produce.

“Craft beef is becoming real and Wagyu is going to be a big part of this, giving us the same opportunity to differentiate beef producers and allowing them to add their own craft signature to their product and giving steak lovers choice.”

How do we know what’s what? Here’s a guide:

Other names: Filet mignon, Châteaubriand, fillet, filet. (Châteaubriand, strictly, is a dish, but tenderloin is sometimes labelled as such.)

The sirloin steak is cut from the sirloin where the T-bone, porterhouse, and club steaks are cut. In a common British, South African, and Australian butchery, the word sirloin refers to cuts of meat from the upper middle of the animal, similar to the American short loin, while the American sirloin is called the rump.

The rib-eye was originally, as the name implies, the centre best portion of the rib steak, without the bone. In Australia and New Zealand, rib-eye is used when this cut is served with the bone in. With the bone removed, it is called Scotch fillet. DM