Teacher shooting: 'It has nothing to do with our kids,...

Teacher shooting: ‘It has nothing to do with our kids, but we are fearful’ – parent 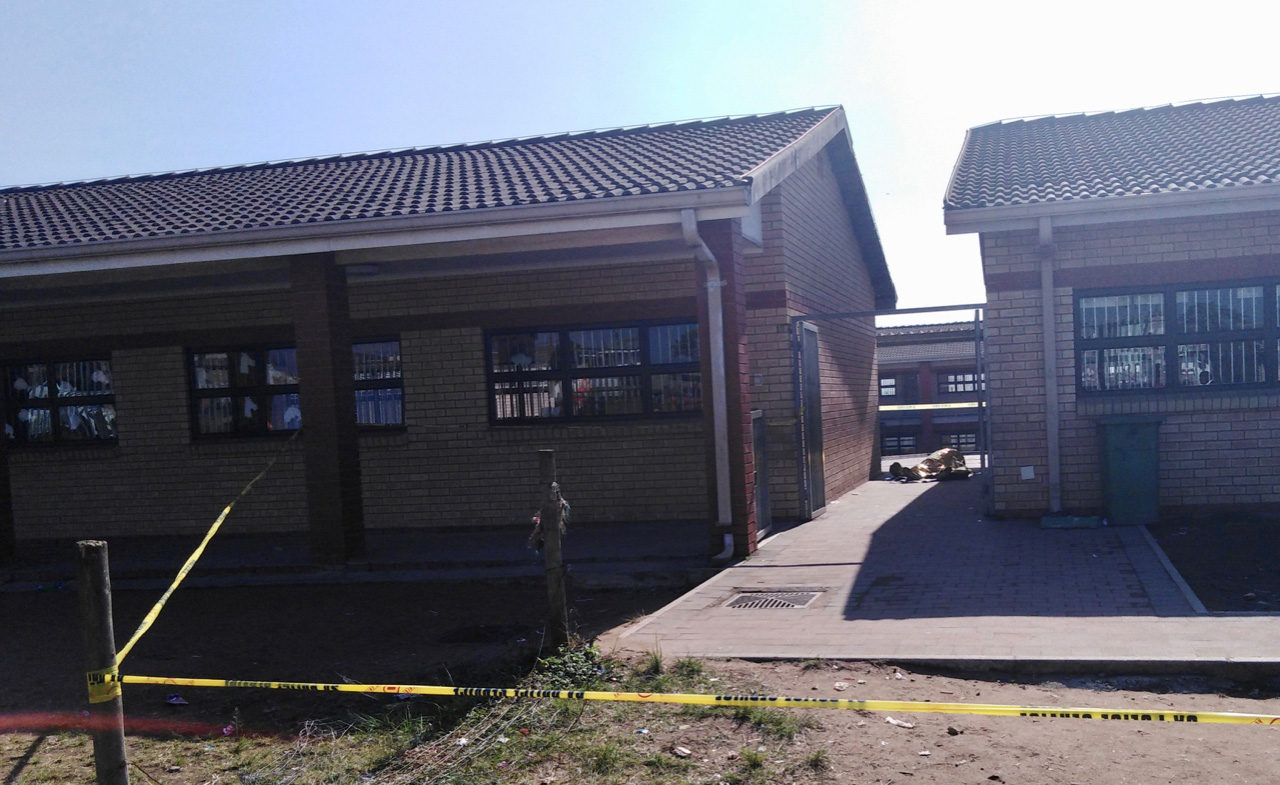 Sibonakaliso Nyawose, a teacher at Masuku Primary School, lies dead after being gunned down on the premises. Photo: Musa Binda

A parent at Masuku Primary School in Folweni, south of Durban, fears for her child's safety after a teacher was shot dead on the premises on Tuesday, GroundUp reports.

Sibonakaliso Nyawose, 48, was a head of department, and taught Grade 7 Mathematics. He had been at the school for the past four years and had more than 20 years of teaching experience.

On Tuesday morning, an unknown gunman killed him while he was walking along a passage at the school.

A parent, Ntombi Zondi, called on the education department and the police to act, because parents feared for the lives of their children.

“We know that it has nothing to do with our kids, but we are fearful that they might end up caught in the crossfire,” said Zondi.

A witness, who asked not to be named for safety reasons, told GroundUp that the shooting took place around 09:00, a few minutes after the deceased arrived at school.

The witness said “an unsuspicious-looking man entered the school gate that was not locked” and followed Nyawose, who had just arrived in his car.

“We then heard several gunshots.”

The man suspected of shooting the teacher then walked out of the school grounds. The driver of a getaway car parked a few metres away from the school and the gunman fled together.

A teacher, who asked not to be named, said a senior staff member had been suspended from the school in January after “he started being aggressive toward everyone, including teachers”.

The teacher said the senior staff member had been coming onto the school premises with a gun and threatened teachers and the school governing body (SGB) before he was suspended.

“Nine teachers asked the department to allow them to stop coming to the school and report at the circuit office instead because they felt less safe,” said the source.

But after a month, the teachers returned to teaching. The threats continued, said the source.

Brother of the deceased, Muzi Magwaza, said they were still in shock. He said his brother had never hinted that his life was in danger.

Education MEC in KwaZulu-Natal, Kwazi Mshengu, said on Tuesday: “This is the most painful news I have had to deal with since assuming office. On behalf of the entire education fraternity, I wish to send heartfelt condolences to the family and friends of Nyawose.”

He said the suspect had gained unauthorised access to the school premises.

“This is beside the fact that the school does have a security guard officially employed by the Department of Education,” said Mshengu.

“A 48-year-old man was shot and killed inside the school premises at Folweni by an unknown suspect. The victim was declared dead at the scene. The circumstances surrounding the incident are being investigated,” said Mbele. DM