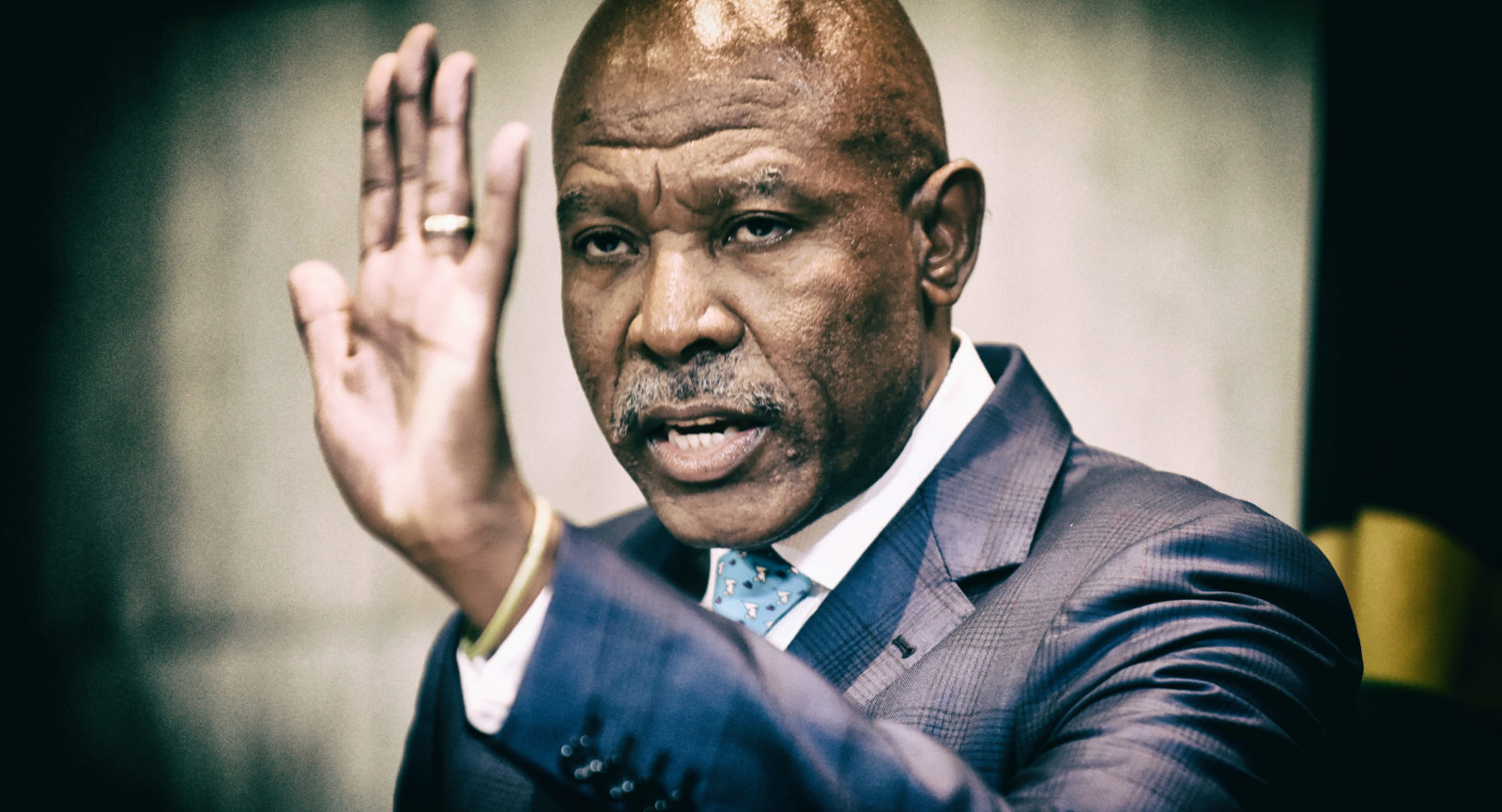 The South African Reserve Bank kept the repo rate, the main lending rate, on hold as expected at 6.75% on Thursday. Two out of five members of the Monetary Policy Committee voted for a cut, and the statement signalled the next move will likely be downward. This is largely because the deplorable state of the economy has put a lid on any demand pressures that could reignite inflation.

The South African Reserve Bank (SARB) kept the repo rate steady at 6.75% on Thursday, but it was close. Three members of the MPC were in favour of no change, while two voted for a cut of 25 basis points. And the next move will almost certainly be south, if the prevailing forecasts on the inflation and growth fronts hold.

“The implied path of policy rates generated by the Quarterly Projection Model is for one cut of 25 basis points to the repo rate by the end of the first quarter of 2020,” the Monetary Policy Committee (MPC) said near the end of its statement. In March, a 25 basis point hike before the end of 2019 was foreseen.

The SARB revised its inflation forecasts downward. Headline inflation in its view is now expected to average 4.5% in 2019, down from its previous forecast of 4.8%. It is seen accelerating slightly to 5.1% in 2020 (down from 5.3% previously) and slowing to 4.6% in 2021. This remains comfortably within its 3-6% target band. Moderating food and services inflation were the main drivers behind these revisions, though oil prices remain a threat to this outlook.

The central bank also revised its economic growth forecasts downward, which was expected after a spate of poor mining, manufacturing and retail data — partly the result of load-shedding — pointed to a contraction in Q1, which the SARB said is now expected. That data will come out in early June. The SARB revised its growth forecast for the year to 1.0% from its March forecast of 1.3%, which looked overly optimistic even then.

Given the dovish tone, some economists expect the next cut to come sooner rather than later, and certainly before Q1 2020, the timeframe it hinted at.

“They sounded dovish and the combination of cutting the inflation and growth forecasts brings forth the prospect of a cut. They opened the door for a potential of a cut, but probably they didn’t want to surprise the market,” Elize Kruger, senior economist at NKC African Economics, told Business Maverick.

“A really bad Q1 GDP number in June could see them revise the 2019 growth forecast down further at this next MPC meeting and then they could then potentially pull the trigger, which will actually just be a reversal of the pre-emptive “unnecessary” hike in November 2018. A cut would be dependent on upcoming data as multiple risks could potentially impact the scenario, notably if the global monetary policy scene eases further and/or the global trade war intensifies,” says Kruger.

The SARB was also at pains to point out that monetary policy alone will not address the significant structural issues and challenges that are constraining growth in Africa’s most developed economy. Don’t expect a round of “quantitative easing”, which in emerging markets such as South Africa’s is usually referred to as printing money.

“The committee remains of the view that current challenges facing the economy are primarily structural in nature and cannot be resolved by monetary policy alone. It is now even more urgent to have a combination of prudent macroeconomic policies and structural reforms that raise potential growth and lower the cost structure of the economy,” the statement pointedly said.

Some of the data highlighted in the statement underlines these structural problems.

“Real fixed investment is now forecast to contract by 0.3% in 2019, while household consumption expenditure will rise by a modest 1.0%,” the SARB noted.

These trends, it must be said, are bearish on a grisly scale. The fixed investment gives a picture of the nuts and bolts of an economy. Broadly, it refers to new capital being allocated to physical assets such as buildings and machinery, the kind of capital flows that can ultimately create jobs. A contraction in 2019 suggests that investment widely is not flowing through or into the economy, despite the incoming administration’s grandstanding investment drive.

And if household consumption is only expected to rise 1% this year, then retail and related sectors are hardly about to spread their wings and fly. Expect the doves to eventually prevail over the hawks at upcoming MPC meetings. DM

Keep an emergency fund, particularly if you are a pensioner