With the markets already pricing in a pessimistic outcome for the Eskom energy crisis, even a small improvement in the electricity situation could open up opportunities in the SA bond and equity markets.

The market is fully aware of the position of the embattled power utility, and has already priced in “a pessimistic outcome”, says Chris Holdsworth, investment strategist, Investec Wealth & Investment, in a recent Investec FOCUS Radio podcast.

Pointing to pricing in the SA bond and equity markets, Holdsworth says that the worst case scenario for Eskom is “already reflected in the prices”.

SA bond market yield spreads, which are very high by global standards, are offering a real return of around 4.5% in South African debt, he explains. “In most countries you’d love the idea of getting a return of 4.5% in the equities market, here it’s offered in the bond market”.

“In equities, the SA market has a median P/E ratio* of just below 12, a number which has been coming down despite the massive rally that we’ve seen around the world.” This bucks the global trend where almost every country in the world is up year-to-date in dollar terms.

Despite the attractiveness of our bond and equity markets, it’s hard to get any interest in SA bonds or SA-focused listed companies. “There’s a huge amount of pessimism already reflected in the price”, says Holdsworth.

Chris Holdsworth discusses the market response to the Eskom crisis and the full impact of the utility’s troubles on the economy.

Keeping the lights on

There is a light at the end of the tunnel, says Holdsworth.

Pointing to Eskom’s forecast of a maximum of five weeks of stage one load shedding over the next three months, Holdsworth says: “If Eskom simply achieves what they’ve committed to achieve and what their base case forecasts are, which is based on their modelling, then the market is mispriced. We are pricing in a very tough situation, we are pricing in that 0% growth worst case scenario.”

Holdsworth says that if Eskom is able to avoid the stage four load shedding that can cripple small businesses, mines and manufacturers alike, “that is going to be far better than what the market is expecting”.

“The market is pricing in with 100% certainty South Africa being downgraded to junk,” says Holdsworth. However, if Eskom delivers on their plan, “there are opportunities in risk assets in SA”.

According to the model, an EAF of 73% or above is sufficient for moderate growth, whereas an EAF of 71% is insufficient for any growth in demand for electricity. Year-to-date, the EAF has been around 65%.

“We’ve got this anomalous situation where SA now produces less electricity than we did in 2011, but the economy has grown over that period,” says Holdsworth.

Holdsworth says the energy crisis is “the key risk facing South Africa at the moment both from a macro perspective and from the markets – currency, equity and bonds”.

READ MORE: Eskom tariff hikes – how much more will electricity cost in 2019?

Electricity shortages are one of the major factors impacting on business confidence, an important leading indicator for employment growth that is at an all-time low in South Africa. If business confidence gets even lower, warns Holdsworth, then we should not be banking on much job creation over the next 12 months. 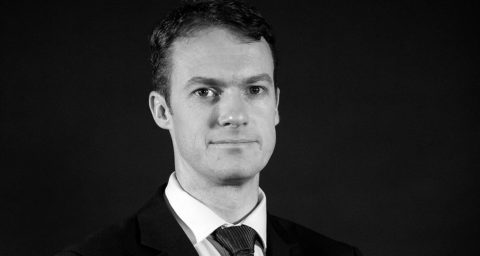 “If Eskom simply achieves what they’ve committed to achieve, then the market is mispriced – we are pricing in that 0% growth worst case scenario.”

Holdsworth notes that the Reserve Bank wants to see long-term inflation expectations dropping to 4.5%, from the current 5%. Even if that happens, however, it will be difficult for the Reserve Bank to cut rates, since a rate cut won’t have much impact in the face of power shortages.

“If we can’t grow due to insufficient power, we will have low growth that in turn affects demand in the economy, so we land up with reasonable measures of inflation as well. Ordinarily in that environment the SARB would be willing to cut. However, if there’s no electricity to allow for growth, there’s no point cutting rates.”

Moreover, the Eskom concerns have elevated worries that South Africa will be downgraded by Moody’s and removed from the World Government Bond Index (and the associated bond portfolio outflows that this implies).

READ MORE: A solar light at the end of the Eskom tunnel?