Smileys & Oysters: Having a ball at the kitchen table

Smileys & Oysters: Having a ball at the kitchen table 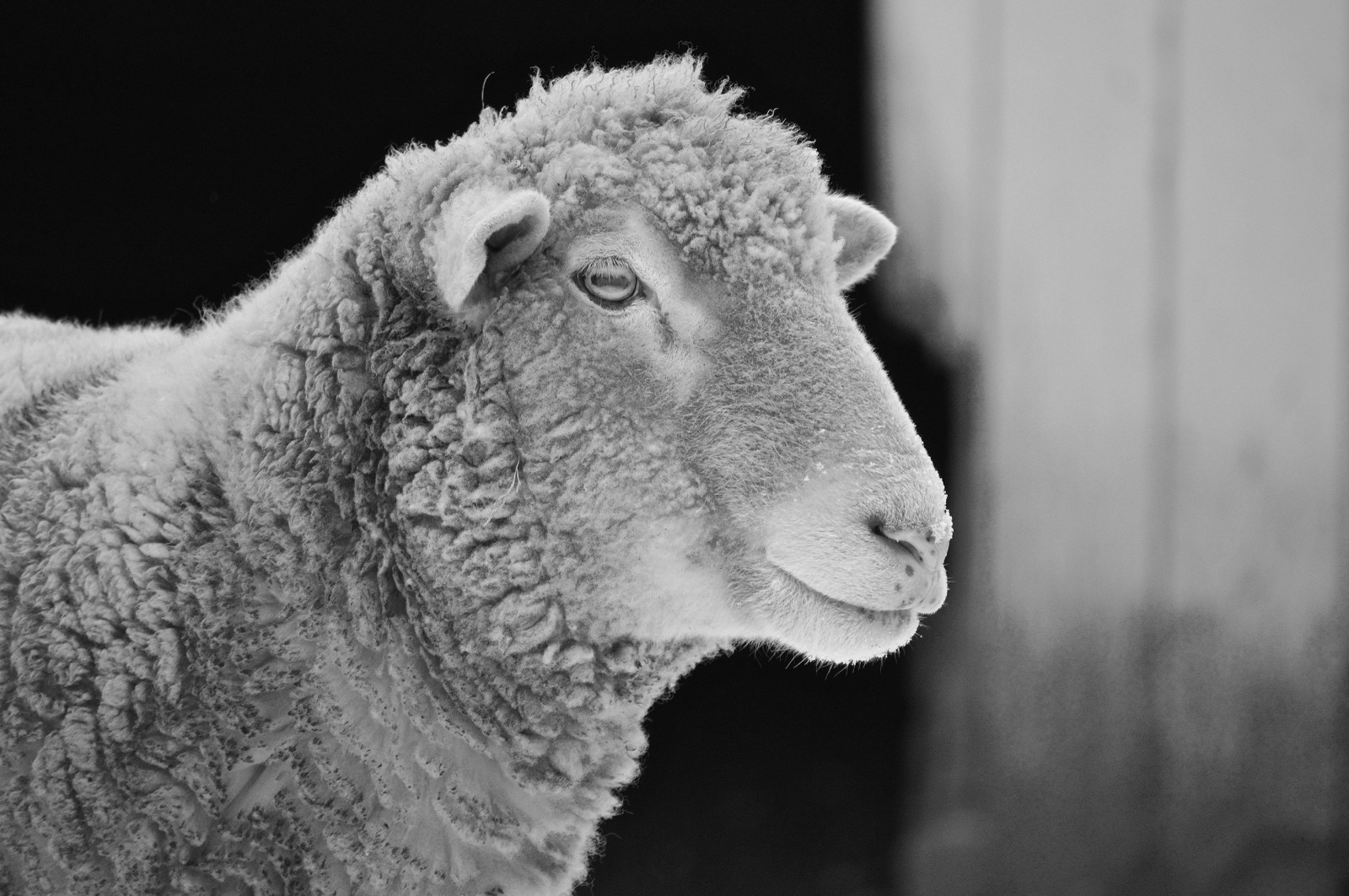 Photo by Carter Caroline on Unsplash

Intloko yemvu. Smiley. Smalahove. Svið. Rocky Mountain Oysters. Baid ghanam. Simplified: sheep’s brains and testicles. If you want to eat ‘nose to tail’, this is the hardball (sorry) way to go. Welcome to my kitchen table – now let’s tuck in.

There was company at my kitchen table. There was me. There was my mate fresh from the farm. And he had brought a friend.

It was very late on a Saturday night. His companion had had to wait outside, just out the back door, while we braaied and ate and played music. When others had either left or gone to bed, it was time for his friend to be ushered in, furtively, on tip-toe, lest the sleeping innocent in the house awaken.

I had placed a wooden board at one end of the kitchen table. And he had brought a sharp knife because my knives, as he likes to remind me, are never sharp enough. The grim container was brought in and its contents removed and placed on the wooden board. The knife was sharpened. This was going to be a grisly affair, so the meat-shy and the timid of temperament had best look away now.

It was the annual Karoo Food Festival in our small Eastern Cape town, Cradock, and my mate had been asked to do a demonstration of cooking with offal. Not one to fob off such a challenge with mere liver and kidneys, he had gone for the Big Guns: sheep’s brain and testicles. Both were now on my kitchen table. I took a slug of whiskey.

The head. Oh dear. In kindness, I will not post a photo here. You’ll have to imagine the sight of a severed head lying sideways on a wooden board at one end of my kitchen table with him poised above it with a hammer and, later, a saw. (Meat-shy, if you’re still here, I did warn you.) If anyone had walked in they would have run screaming, possibly for the police or men in white coats. Or an exorcist.

But first, the balls.

I don’t know if you’ve ever held a large testicle in your hands (best not to answer that, perhaps), but it is a pliable affair. It seems to have a life of its own. Seems almost alive. Seems to shift and shuffle in your palm. It’s just gravity, and your own movement, but it is a tad disconcerting. I know this now, because, having watched my friend prepare the first testicle, I insisted on doing the second one myself. In the interests of gaining a little more knowledge about cooking, you understand.

And offal is of intrigue to many a keen cook. You genuinely do want to “respect” the entire animal, if it has died for the table or the chef’s knife. (I have had the method of slaughtering a sheep faux-demonstrated for me somewhat graphically, by the way, which is not to say I would want to observe the actual event. But it does seem awfully quick, as described.) Be that as it may, I do not expect everyone to be persuaded of this.

“Nose to tail” means “respecting” the animal by eating the entire thing, every part of it, from the loin and liver to the ribs and rump; from the succulent cheeks – for the pluckiest of meat-eaters, even the eyes – to the slow-cooked oxtail or “skaapstertjies”. And these end bits, so to speak, are truly prized by the connoisseur, as they contain depth of flavour you don’t necessarily get in the in-between parts.

In South Africa, of course, “smileys” or intkoko yemvu are a big thing. In Kazakhstan, a boiled sheep’s head is said to be served to the most honoured guest. In western Norway, traditional smalahove is eaten before Christmas. Wikipedia: “The skin and fleece of the head is torched, the brain removed, and the head is salted, sometimes smoked, and dried. The head is boiled or steamed for about three hours, and is served with mashed rutabaga and potatoes. It is also traditionally served with Akvavit. In some preparations, the brain is cooked inside the skull and then eaten with a spoon or fried.”

I could have used some Akvavit at my kitchen table.

The Icelandic people, famously, are as hardy as their climate, so no surprise then that they love a good sheep’s head. Wikipedia: “Svið is a traditional Icelandic dish consisting of a sheep’s head cut in half, singed to remove the fur, and boiled with the brain removed, sometimes cured in lactic acid.”

Wiki adds that “at the Fljótt og Gott (‘Fast and Good’) caféteria at the BSÍ bus terminal in Reykjavík, it is available daily, and can be bought at the drive-thru counter. The café sells about 10,000 sheep’s heads a year…”

Animelles – what the French call animals’ balls, basically – are prepared by first being plunged into boiling water for two minutes, then cooled under running cold water before being skinned. They’re then soaked in cold water, says food bible Larousse Gastronomique, for a mighty 10 hours, “to remove impurities”, and then drained and pressed between two plates. At which point our male readers all wince as one. 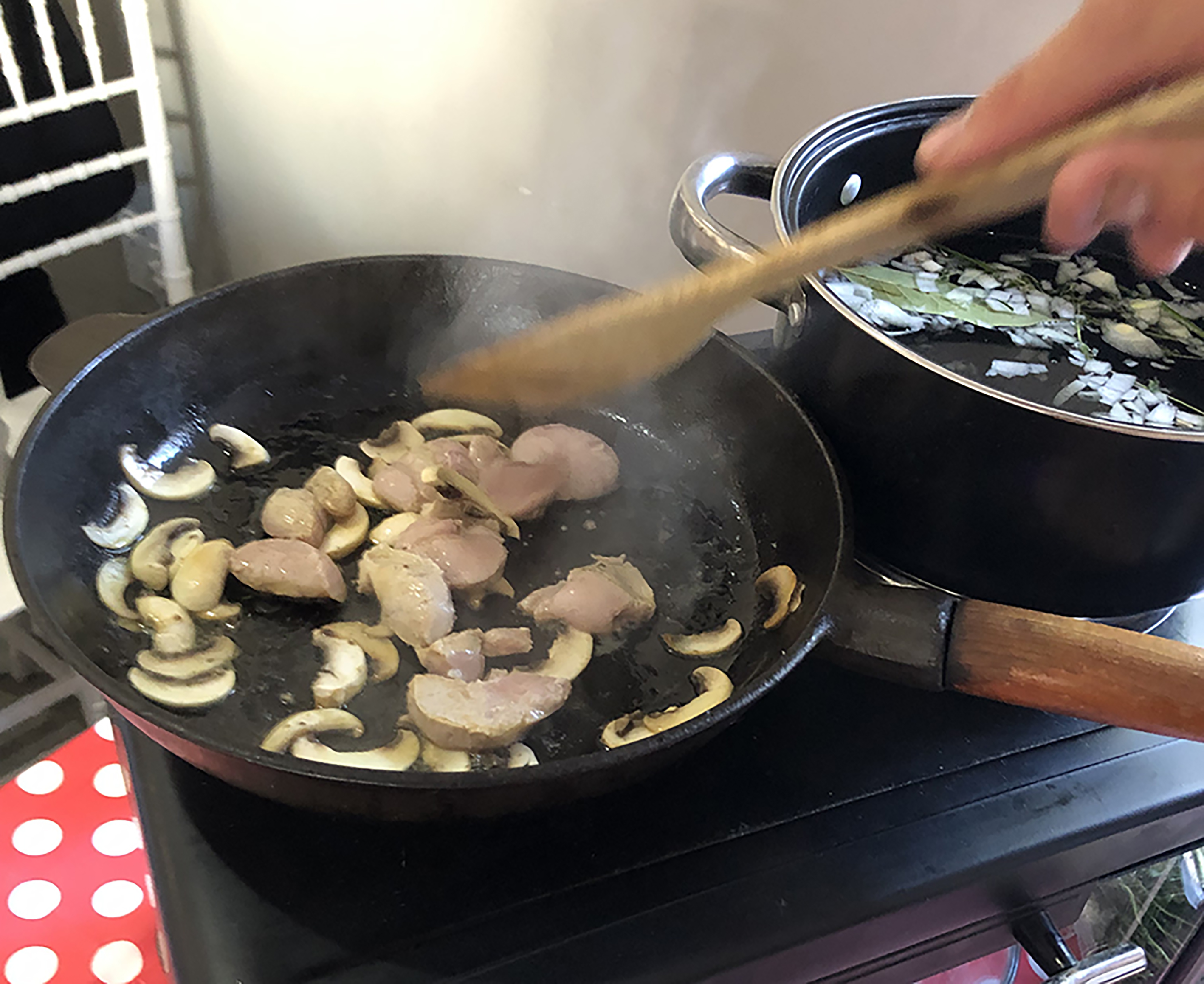 The Larousse description is (as with many entries in this far from perfect food “bible”) somewhat scant, but it can be explained better: before you can work with them, you have to first remove them from the scrotum, then remove the outer membrane together with the epididymis and spermatic cords and any major blood vessels still attached to the testicles. Which is the part where I came in to prepare the second testicle. For my craft, you understand.

It sure is not for the squeamish, so if you have an adventurous palate but don’t necessarily want to observe all the preparation, best to simply pull up at the demonstration and see how they’re prepared.

“Testes, testes, one two three…” Look, my mate is a funny guy. The mic works, after a while, which is a relief as the demo area was adjacent to sundry liquor stalls. There’s a full house, which means there is plenty of interest in watching how such oddities are prepared for the plate, although when it came to taste-testing time later on let’s say that there wasn’t quite so much interest. It’s more of a spectator sport.

Larousse remarks that animelles were “formerly very popular in the East, in Mediterranean countries, and in France under Louis XV. They are still popular in Italy and Spain as ‘white kidneys’ (fried criadillas). They are either prepared in the same way as kidneys or served with a vinaigrette.”

“White kidneys”. Call something what it is not, to trick the mind into forgetting what you’re actually eating. White is the right word, it turns out. They are very white once removed from the scrotum, cleaned up and blanched.

At the demo the sheep’s testicles are cooked two ways.

For animelles à la crème, slice the testicles thinly in front of the slack-jawed audience, and fry them lightly in butter, adding thinly sliced button mushrooms, cream and salt and pepper.

Or fry slices of them with lemon in a shallow pan, after giving them two coatings of beaten egg and breadcrumbs. I ate both dishes. They were subtly flavoured and good to eat. Most of the rest just sat and shuffled in their chairs.

Whatever happened to the sheep’s head, you’ll be wondering. The head did not make it. After two hours and more of trying to remove the brain from the poor creature’s skull, we’d given up. My mate did remark, winsomely, that he had until that night only removed calves’ brains, which are a simpler affair, we now know. I’m guessing that’s an art that will come my way at some point. DM