An Italian chef with a quest for sustainability 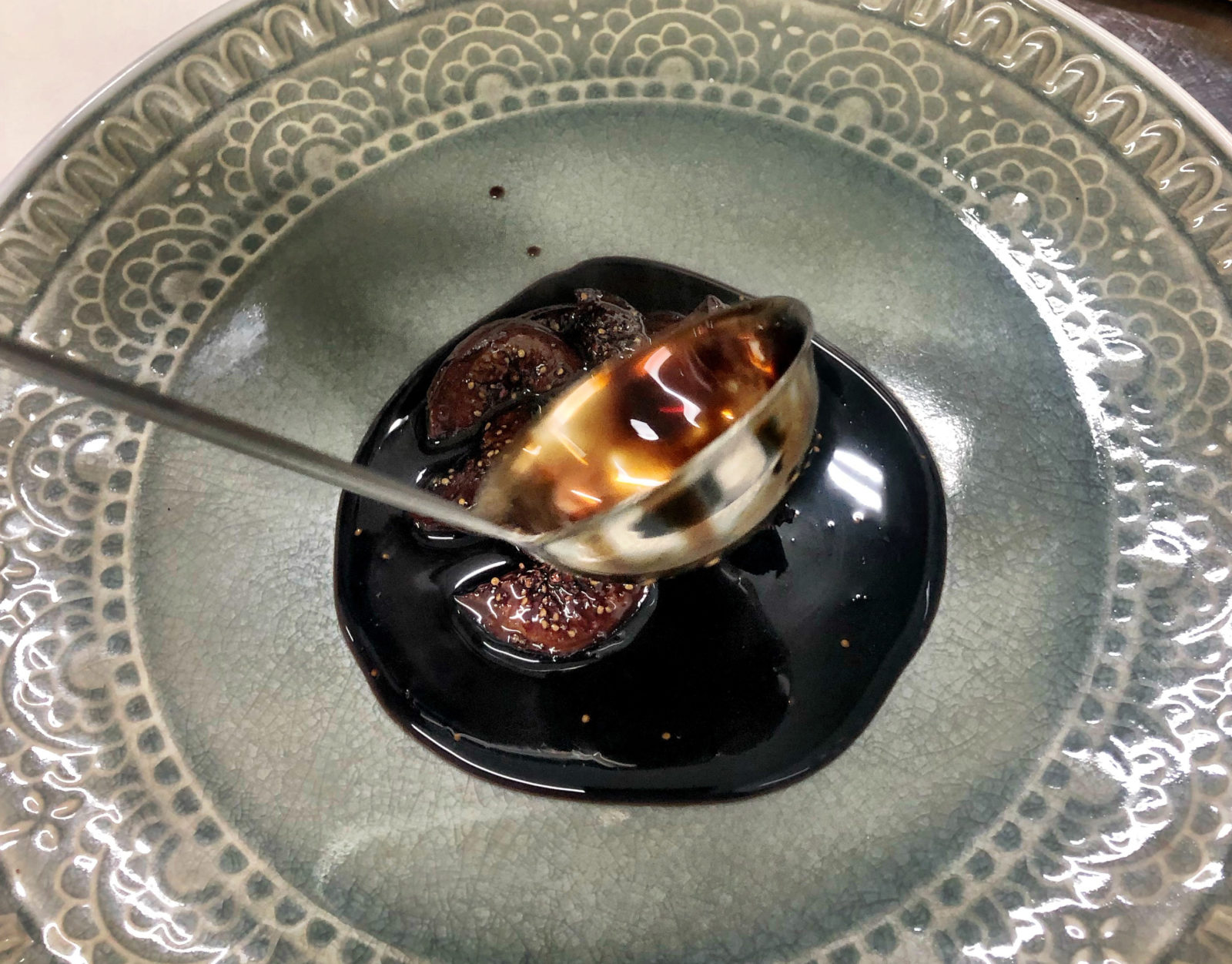 Take one passionate Italian chef, transplant him into a historic Cape Town space, add liberal quantities of wonderful produce, top off with plenty of wine and a side of excellent coffee, and you have Lapo’s Kitchen.

Josephine Mill was built back in the early 19th century, and was declared a National Monument in 1978. On the banks of a tree-lined river and in the shadow of Newlands Rugby Stadium, the mill is still used to make stoneground flours. The building which adjoins it houses a museum, coffee shop, a teeny tiny coffee roastery, some still-to-be-allocated rooms, and the headquarters of chef Lapo Magni.

Hailing from Firenze in Tuscany, son of a chef and a sommelier, Lapo arrived in Cape Town first to learn English at the age of 19 and stayed, and later by way of winning an Italian TV cooking competition and a bagful of cash. The worst depression of his life followed soon after this victory – apparently it’s not uncommon in cases like this – before Lapo decided to up his game from catering and cooking for people in their homes when he found a lovely house in Observatory.

“I thought I’m just going to invite some people here and throw a few dinner parties,” he says, having previously worked in some of Cape Town’s top restaurants.

From once a month up to four a week, the concept enjoyed excellent exponential growth, until the premises at Josephine Mill became available.

Here you’ll find the long wooden table typical of social dining, in a light and airy space which opens out onto a riverfront. A large fireplace hints at cosy winter afternoons and evenings, and the open plan kitchen with lots of room to move around was built to Lapo’s specifications. This is his domain, his comfort zone.

While our conversation ranged from olive oil to plastic waste and everything in between, Lapo prepared me a fantastic meal in his own personal style, which he describes as Afro-Italian.

“I love the idea of being in South Africa, celebrating local and sustainable produce from within a certain radius of Cape Town, but I love to combine that with traditional Italian techniques and methods,” he explains.

“This dish I’m going to make for you is a bit of a statement today. It’s ostrich fillet, to me a beautiful meat, super healthy, and much more sustainable than any other kind of red meat – apart from venison. I personally like the ostrich because it’s within everyone’s reach and I think it’s a more friendly dish with none of the gaminess you get from venison.”

The tagliata (to my horror I’ve been pronouncing it incorrectly since forever) would be served with steamed green beans, potatoes, and a balsamic fig reduction.

“Figs in their short season are fantastic, there is a window of a few weeks to celebrate that,” says Lapo.

The reduction was made with fond (stock) to add a savoury note and depth of flavour, with the figs bringing a sticky texture at the end as they dissipated into the sauce. A quick salsa verde of parsley, capers, and touch of anchovies brought a freshness to the dish, and the potatoes almost stole the entire show. More about that in a moment – first we had to tackle some serious subjects.

“Organic is not necessarily the answer or solution as a whole, but a way of understanding food grown well and with respect without heavy chemical intervention,” says Lapo.

“It is the best way for so many things, so wherever possible look into organic or farming that has a bit of sustainability behind it,” he advises.

When he began working in restaurants in his early 20s, Lapo became concerned with the enormous amount of wastage, big bins full of mixed plastic and food, every night, and all the hundreds of thousands of restaurants all over the world doing this.

“So I started getting more involved,” he says. “And the deeper you dig, the more you learn. I love what I do. I love being a chef, but I don’t want to contribute to the destruction of my planet. So that was a pivotal moment in my life.

“And I’ll be honest – I’m not 100% percent sustainable, which is almost impossible, but I have a goal in my mind that is maybe unattainable, but it’s zero wastage. We separate and recycle, separate, make eco bricks, we’re putting in beehives. There’s a lot we can do. We will eventually make our own compost, and every person who comes to dinner will get a bag of compost. That is the ultimate goal.”

Plastic waste is a hot topic at the moment, and it’s important to be well informed as you are bombarded from every angle. What we often see as unnecessary plastic packaging, when a fruit is already in its own God-given skin, it is actually a health and safety issue, Lapo points out.

“Packaging ensures a longer shelf life, as does vacuum sealing. In Europe, for example, there are even more serious regulations about it.

“There are alternatives to being healthy and safety compliant without choosing plastic, but the problem is, it’s expensive.”

When it comes to plastic pollution we can see the glass half full or half empty, continues Lapo.

“One thing I’ve learned, re the straws, is that there is so much misinformation. It’s delusional and a distraction. I’m saying that because a video goes out with the poor turtle with a straw in her nose and the pain and suffering evokes an emotional reaction and suddenly straws are evil.

“Cool, that makes sense but people don’t look into the facts and the data. What is the straw to the accumulative plastic in our ocean? – 0.02 percent. Do you know which is the most plastic in the ocean? Forty-seven percent – fishing nets. I’d rather use my straw and eat less fish, or only sustainably caught fish. It will make a much bigger difference, and bigger impactm than posting on Instagram, ‘Oh look at my bamboo straw’ and the corporates saying ‘oh, look at our biodegradable straw’.”

What conversation with an Italian would be complete without olive oil?

“I love to talk about olive oil. Olive oil is my favourite thing,” smiles Lapo.

Other than when his mother comes to visit in November, shortly after the Northern Hemisphere harvest and bearing some just-pressed oil infused with memories of home, Lapo uses only South African oil.

“The extra virgin olive oil you get in this country is phe-nom-e-nal,” he enthuses, drawing the word out into four distinct parts.

“I’m not even exaggerating” he adds, in case we were still wondering. “If it’s not better, it’s at least on the same level as Italian and Spanish oils.”

So here’s the thing with olive oil: after about four months it loses its aggressive feel, its spiciness.

“The antioxidants have gone, even if the bottle hasn’t been opened, and the grassiness, the chlorophyll slowly disappears,” says Lapo.

“The new harvest in South Africa is now in autumn, so use the new ones for dressings and cold dishes; you can use older ones from last year for cooking because once you’ve reached the cooking temperature, it loses all of its original flavour. So no matter which you use, it won’t make any difference to your food in terms of taste, it’s just better for your health.”

While all this was going on, Lapo parboiled some sliced yellow potatoes which he then put in the oven with lashings of olive oil, sage, rosemary and garlic, where they turned golden and crispy. Fluffy on the inside, and forked up with that soft, sweet figgy balsamic reduction, they were ridiculously good. I could have had a whole bowl of them, low carb be damned.

The ostrich fillet had been doused in olive oil as well – it’s lean and needs all the help it can get not to dry out – coated with salt and lots of black pepper and flash flambéed in spectacular fashion to leave it seared on the outside, a robust pink in the middle.

Lapo’s Kitchen hosts a weekly social table for which bookings are essential, offering a six Tuscan/African-inspired courses for R690. Private events are catered for, for up to 50 diners. Along with symbiotic events combining yoga classes with weekend brunches as well as The Climate Diet series, which aims to educate interested foodies and environmentalists on menu ideas that take into account issues like deforestation, water shortage and ethical farming, Lapo is offering Lazy Sundays in May.

“From 10am till 10pm, come enjoy the space at Lapo’s Kitchen, with a glass of wine, cocktails, tapas of my classics to share, some acoustic music, maybe a DJ,” he says. DM

For an updated event calendar, to book your spot at a social dining experience or to host your own unique concept within the Lapo’s Kitchen space, go to www.laposkitchen.com