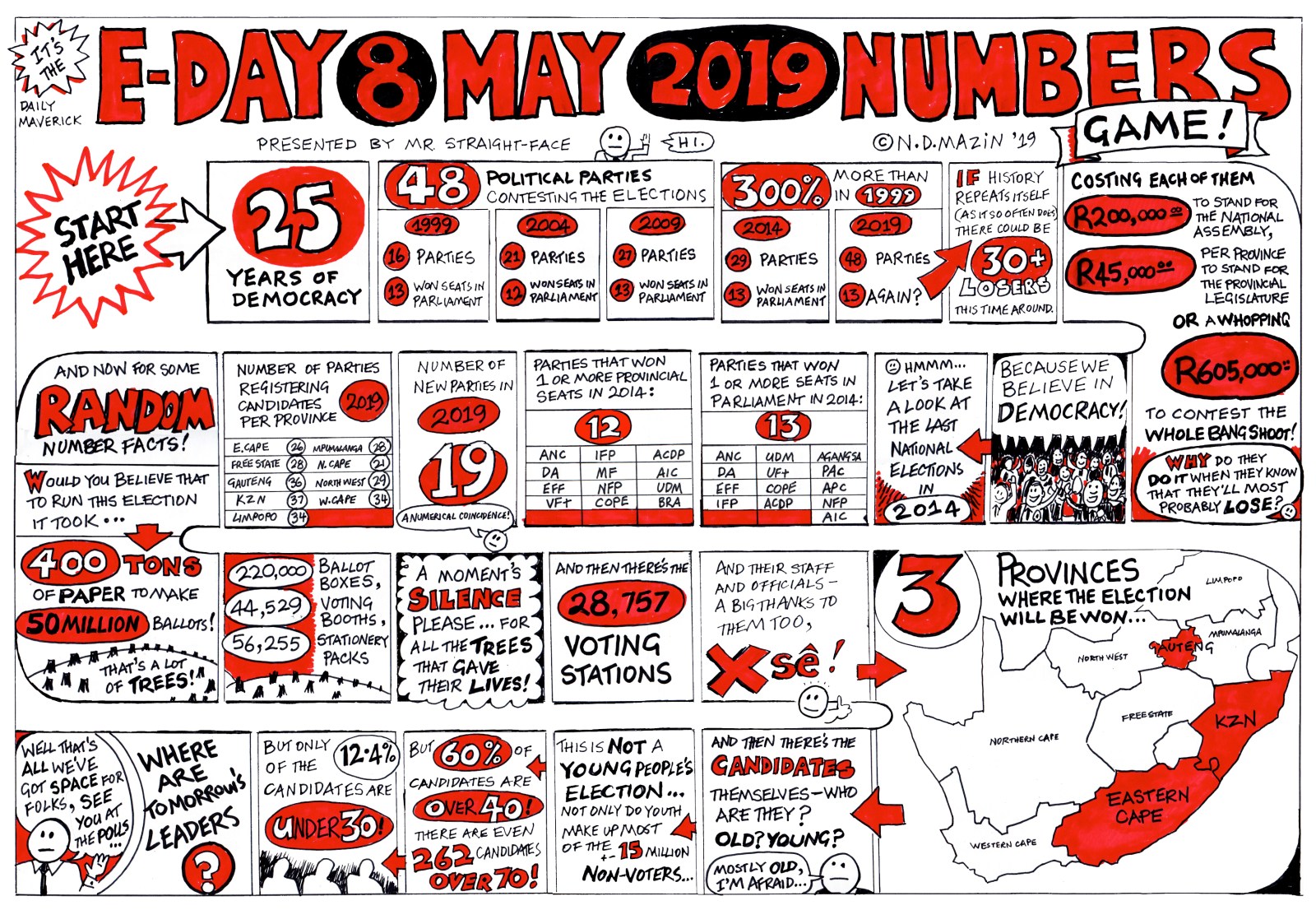 Barring minor incidents, it is a case of so far so good, as South Africa showed its democratic might on Wednesday, 8 May 2019.

By the time voting got under way on Wednesday morning, the biggest news was that an IEC tent had been stolen in the Free State. Of course, there were examples of voting stations that did not open on time (by 11am, the IEC said that 98% of stations had opened timeously) and here and there, there was an allegation of skulduggery by a political leader.

But on the whole, South Africans were gripped by voting fever. With each person who owns a smartphone being a broadcaster, they revelled in photographing inked thumbs (the sign of having voted) or creating short videos and posting these. Democracy went viral across the country by Wednesday morning as South Africans went to cast their ballots in the sixth national and provincial ballot.

There are 48 political parties contesting the polls this year, up 300% from the number that did so in 1999. This tells the story of a democracy festival with voters presented with a healthy smorgasbord of options to choose who will represent them. The South African political landscape is settling into a three- party system with this election largely being one among the ANC, DA and the EFF which polls suggest will scoop up between 80% and 90% of all available votes today.

The IEC seems set, once again, to run a free and fair and most importantly, a credible election. South Africa is a country which can be hard on itself, but a pat on the back is both timely and important not only for the people but also for the IEC. By establishing such a track record of running efficient, credible and largely free and fair elections, the IEC has proven itself to be one of the resilient institutions of democracy. It forms a healthy spinal column for the electoral system and marks South Africa’s young democracy as an outlier at a time when the credibility of elections is taking such strain across the globe.

The IEC is managing over 28,000 voting stations and it has overseen the printing of 50-million ballot papers of an extraordinary length. Its staff have put in place 220,000 ballot boxes, set up 44,529 voting booths and distributed 56,255 stationery packs. We should all say “Halala! IEC! Halala!”. It is little wonder that the institution is on call to electoral agencies across the world to share its expertise.

By the end of counting and results from verification on Thursday and Friday, it is three provinces that will account for the highest number of voters that are likely to determine the final result: these are Gauteng, KwaZulu-Natal and the Eastern Cape which are the most populous places. The most fiercely contested elections are being held in Gauteng and the Western Cape where coalition governments may be necessary. The prescient former correspondent for the Guardian, David Smith, once wrote that South Africa’s political debate makes it feel like South Africa is always a heartbeat away from a heart attack. But, in fact, our long tail story is of sustaining democracy in six national elections and five local government elections, each of which has been declared free and fair and credible.

There is a lot of work to do, a long walk to deeper freedom still, but at least the beloved country is on the road. DM