A touch of Provence, Cape style

A touch of Provence, Cape style 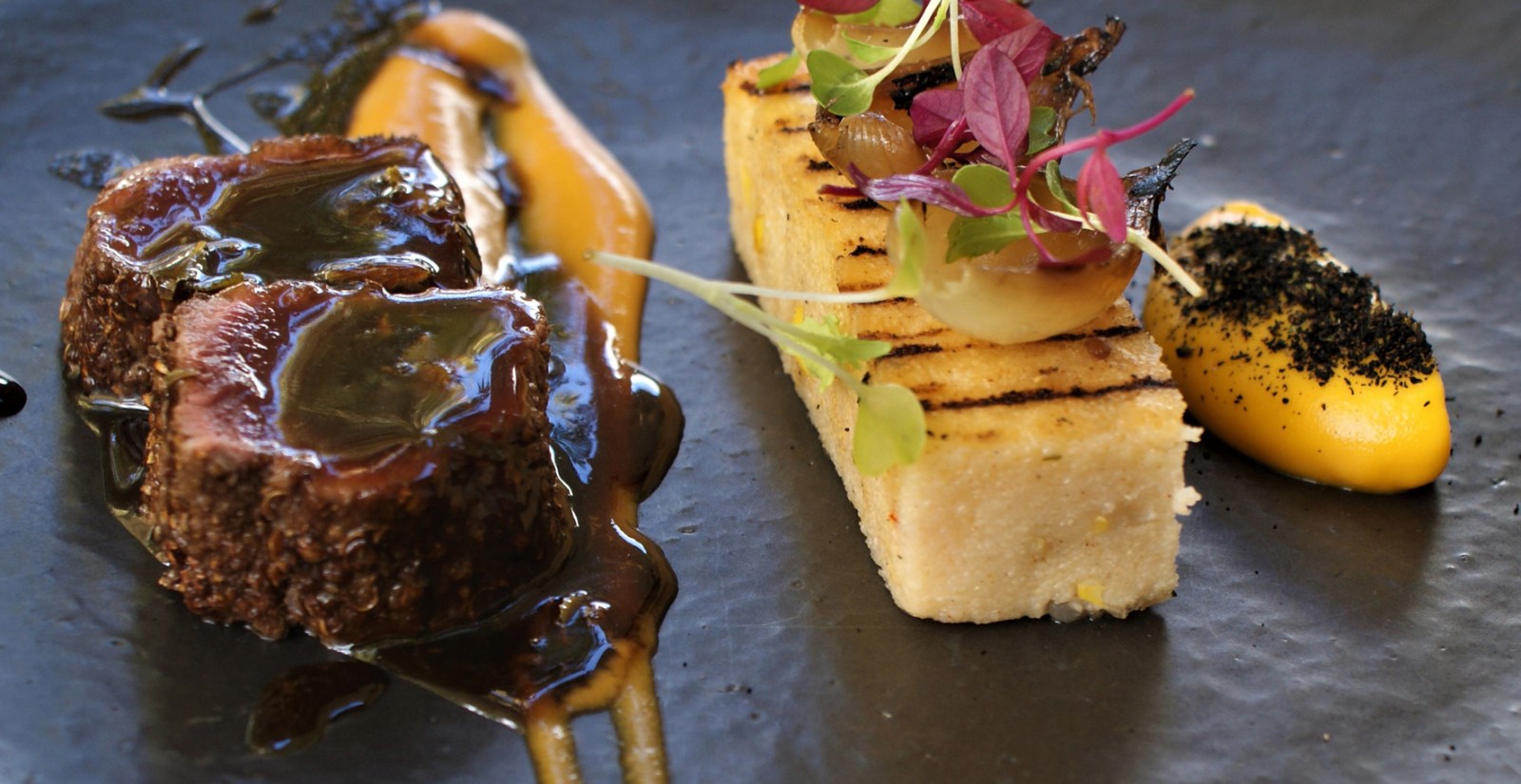 The Heritage Tasting menu at Grande Provence in Franschhoek is a lovely example of how South African recipes handed down through generations can work well on the plate with companions and styles from around the world.

From music to books to film and fashion, it’s heartening to see South Africans embracing South African arts and culture; dining out is no exception as more and more chefs include local ingredients and traditional dishes on their menus.

Global cuisine available on our doorstep certainly has its place, feeding our increasingly sophisticated palates, and its influences and techniques can reside quite comfortably alongside our own homegrown favourites, but please, I beg you, can we refrain from calling it fusion food? The phrase conjures up some alarming remixes that don’t do any of its origins any favours. Some things are best left alone.

The Heritage Tasting menu at Grande Provence in Franschhoek is a lovely example of how South African recipes handed down through generations can work well on the plate with companions and styles from around the world. The three, four, or five course dinner menu can be enjoyed with Grande Provence wine pairings (recommended) or without, and it’s been created by head chef Marvin Robyn – young, keen, enthusiastic – who has been with the restaurant since the end of 2018.

Arriving as not necessarily a chef’s worst nightmare but still fairly challenging, my partner and I presented with gluten intolerance and low carb preference respectively. Marvin rose to the occasion and offered an impressive option of five starters, five “serious choices”, and three desserts. Anyone who has navigated menus with these or any other dietary requirements will appreciate the number of options. A vegetarian friend recently told me it’s actually a benefit for him to find only one suitable dish on a menu because then he doesn’t have to think too hard about what to order, so I guess it takes all sorts.

From our own personal menu, we were invited to select four or five dishes. Because this is a tasting experience, the portions are all uniformly and necessarily small, with not much size difference between the starters and the serious choices – which would be main courses in another world.

For my first dish, I chose the ostrich tataki with cucumber, Sriracha, and teeny tiny battered onion rings, which was paired with the 2017 Zinfandel. It was pretty. It was delicate. We were off to a great start. My partner had mussels with the freshness of fennel and apple to cut the creaminess of the sauce and keep everything balanced. This is paired with GP’s Brut Rose NV (a glass of which I’d sipped on arrival). His second dish was the Malay onions with oyster cream, smoked snoek and fish kaiings (shavings). I have no further record of this because it was eaten in a whisk, which means it must have been good. It’s paired with Chardonnay.

I continued with Marvin’s take on a caprese salad – multi-coloured full-flavoured heirloom tomatoes with mozzarella bavarois (something usually found in a dessert, but successfully applied to something savoury here), basil pesto and Kalamata olive crumbs. My inner vegetarian rejoiced, and celebrated even more with my first serious choice: grilled cauliflower, cauli puree, sweetcorn for texture and crunch, cheese, and truffle oil. The ingredients were created to mingle and this was hands down my favourite of the meal, paired with Chenin Blanc.

My fourth and final dish was the confit salmon with morogo puree, charred baby marrow, and cured egg yolk – creating a contrast of bright green and yellow on the plate – paired with the wooded Sauvignon Blanc. I’m generally of the opinion that white wines can be kept away from the barrels, but this sublime 2015 vintage could well change my mind.

Springbok rump with mielie pap, chakalaka, buchu and honey jus could not be more traditionally South African if it arrived on one of those wire cars; it was followed by the catch of the day – yellowtail – with celeriac puree, sea lettuces and white grapes. These were paired with the wines they call quite simply Red (2015), and White respectively.

The young chef’s background includes graduating with distinction from the Institute of Culinary Arts (ICA) in his home town of Stellenbosch. Before joining the Grande Provence, Marvin gained experience working with leading chefs in top winelands restaurants including Delaire Graff, Cuvée at Simonsig, Equus at Cavalli and Makaron at Majeka House. That’s a darn respectable resumé, and with this much achieved at such a tender age, the future bodes well for Marvin.

In addition to its restaurant and other eating options like the bistro and picnics, wine tastings and pairings, an art gallery and sculpture garden where celebrated South African artist Anton Smit has as his exclusive public exhibition venue in the Cape winelands, Grande Provence offers five-star accommodation options. After our meal, we spent the night in a suite in the Owner’s Cottage, which comes with the added attraction of a fireplace and lots – really lots – of wood. The comfort of a roaring blaze and a bottle of Cabernet Sauvignon while the rain clatters down on the roof is hard to beat. The cottage is in the middle of the vineyards which make for a beautiful sunset stroll, and some epic no-filter sunset photographs.

The estate is offering several “Winter Heartland Escapes” from May 1 till the end of September at The Owner’s Cottage and La Provençale, a villa with two bedrooms separated by a spacious shared lounge. The Cottage has four rooms, a deluxe suite, lounge, and conservatory (where breakfast is served) leading out to the pool area. So you are not confused as I initially was, this is not one house which you have to share with strangers, but a boutique hotel. Our suite was separate from the main house, and I’m pretty sure they put us in there to accommodate my desire for as much privacy as possible. Which was very nice of them, and much appreciated.

The packages range from romantic getaways with in-room massages, oysters and bubbly, and a wine lovers’ stay with a blending experience, to a fun family bundle, and a full-on house party where 10 of you get to take over the entire Owner’s Cottage. All sorts of added extras like meals, tickets for the hop on-hop off Franschhoek Wine Tram, picnics (weather permitting of course), and nougat pairings form part of the various packages. DM

The dinner Heritage Tasting Menu is R495, R595 and R695 for three, four and five courses respectively without wines, and from R780 to R980 with a Grande Provence wine paired with each dish. Bianca Coleman was a guest of Grande Provence.