As seasons pass and trends come and go, new buzzwords regularly surface from the fashion and beauty glossary. After the reckoning of 2018, duality – the match of strength and vulnerability, conservative and uninhibited, understated and fiery – hatches from the designers’ imagination and colours some 2019 collections.

A different state of mind

Elizabeth Taylor was so afraid someone would steal the 69,42 carats diamond Richard Burton had bought her that she had a replica made to wear for public outings.

The diamond, later named the Taylor-Burton, had been purchased by French jeweller Cartier at an auction in 1969, an addition to the list of extraordinary, iconic and expensive pieces the jeweller had created since the 19th Century: Princess Grace of Monaco’s engagement ring, Mexican actress Maria Félix’s Crocodile necklace, the Tank Louis Cartier watch or before then, most of the jewellery for Eugénie de Montijo, the wife of Napoléon III – jewellery pieces that soon reached the entire court. Throughout the years, the signature red jewellery boxes also hosted an ostentatious menagerie: the Panthère, translated into bracelets, pendants, earrings and a wristwatch in the shape of the feline animal, its fur a coat made of onyx and diamonds, and highly-jewelled crocodiles, parrots and giraffes. There’s also the Trinity collection, launched in 1924, with its interlocked bands in three golds, symbols of friendship, love and fidelity; or Juste Un Clou, a collection born in 70s New York and allusive to the city’s burgeoning art scene.

Yet, in 1847, when Louis-François Cartier took over the atelier of Adolphe Picard, a watchmaker and his teacher, it was but a marginal studio in Paris’ first quarter, street Montorgueil.

Fast-forward to 2019 and Cartier has built a name creating collections that are remarkable both for their looks and the brand’s expertise and artisanship and earned a reputation as original and flamboyant. On April 10, the brand unveiled yet another feat of craftsmanship mixed with neo-classicism: Clash de Cartier. The collection – 15 pieces in pink and yellow gold, diamonds and coral – plays with contrasts, two sides of one coin and an unfettered state of mind.

Adding on to the brand’s more traditional and feminine curves and shapes, Clash de Cartier twists, transforms and redefines the codes of the Maison with bold studs, articulated pyramid-shaped square nails and boules of coral. Each piece requires over 30 components and handmade craftsmanship for the casting and the finishing. The complexity of the designs, architecture and distinct volumes collide with the simplicity of the collection: fun, playful, comfortable and stackable. English-Brazilian actress Kaya Scodelario is the face of the collection. 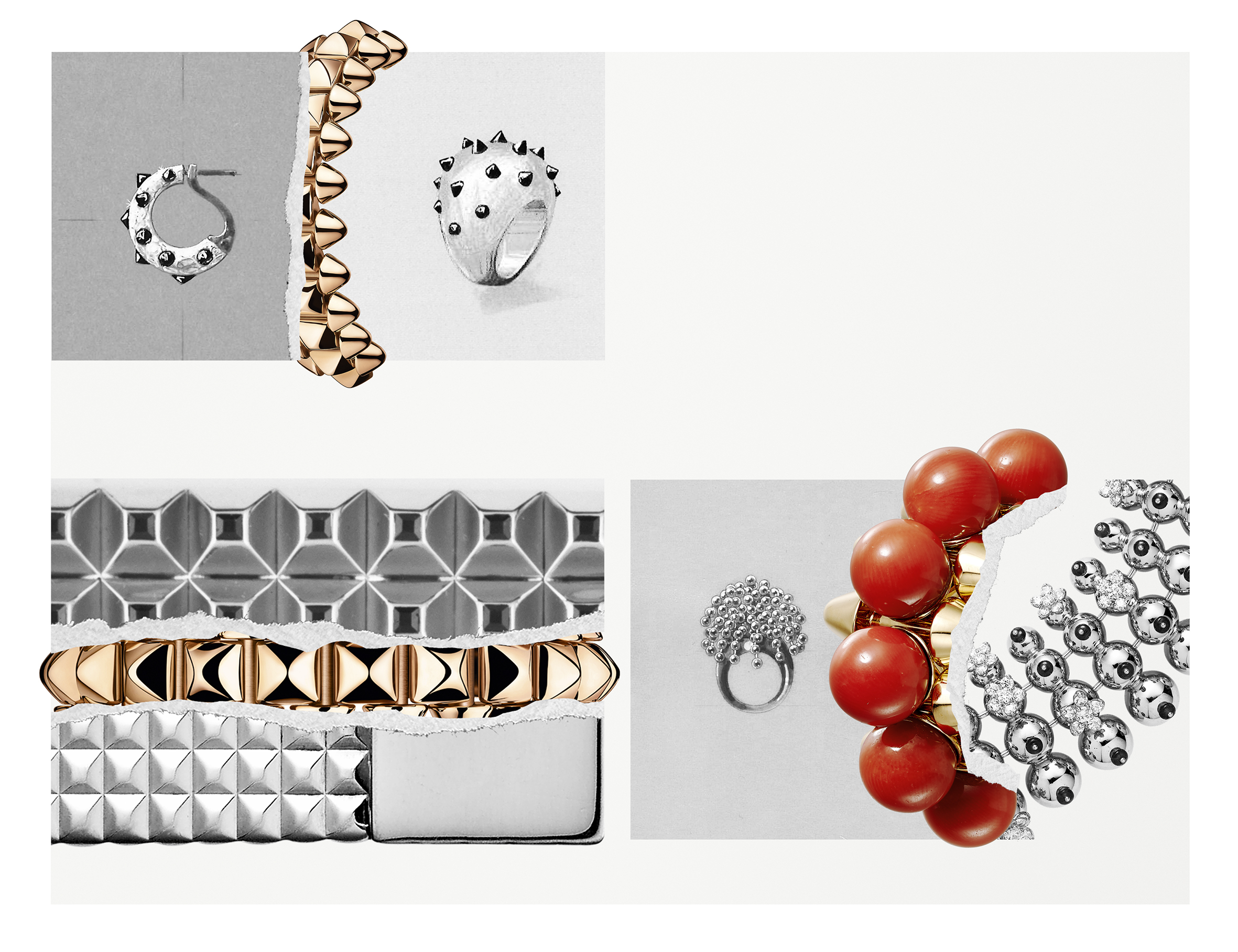 Why are people talking about it?

“Clash de Cartier possesses an innate sense of proportion that draws on pure Cartier style. In volumes and reliefs, circles and squares, the collection honours the Maison’s penchant for geometry which dates back to the 1930s.” With this sentiment in mind, the line is interchangeable, unisex, turning into perfect statement pieces. It also transcends time, somewhat an incongruity in today’s world of fast-fashion although not so much in the luxury industry where pieces are made to last, moulding a brand’s heritage. So, in the words of Frank Lloyd Wright, “Give me the luxuries of life and I will willingly do without the necessities…” 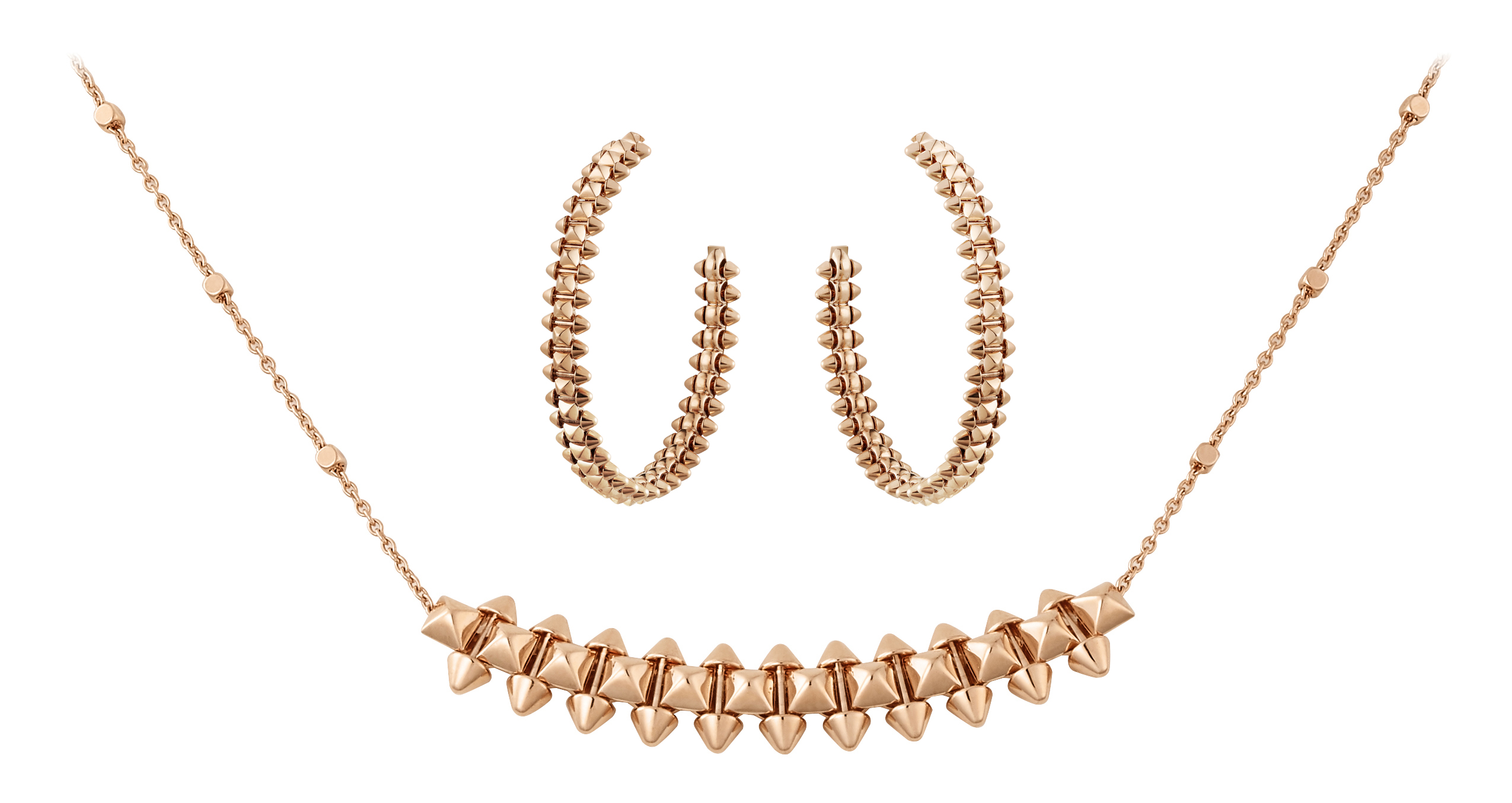 Clash de Cartier is available at the Cartier boutique in Sandton City.

To understand Prada and the many subtleties of the brand’s collections, it is worth referring to Miuccia Prada’s legendary state of mind: philosophical, political, independent and non-conformist. The designer who once was a student in political science and mime, and who became a fashion designer with reticence thinking the job was rather superfluous, creates, season after season, collections that go beyond the surface of the fabric and the cut and reverberate her personal references (punk, subversion, art, innovation). The result? An unconventional translation – or commentary – of contemporary culture and modern-day moments through tailored and daring silhouettes. The Spring/Summer 2019 collection was no different: Prada created silhouettes for a woman who seems in constant movement, soft swings between classic bordering on conventional to properly daring. The “dichotomy”, acutely apt in our polarised world of contrasting views, translates into unique silhouettes: she’s a preppy bourgeoise wearing padded hairbands and knee-high socks but who just had dinner with the Ramones.

What to say when people mention the Prada Spring/ Summer 2019 collection?

The collection is deliciously subversive and feels chic and liberating; it seems like an echo to Jean Seberg’s attitude in the 1960 French film noir by director Jean-Luc Godard, Breathless: an American exchange student in Paris, she falls in love with a French gangster played by Jean-Paul Belmondo, who she later betrays. It is an insouciant and daring work of art, just like a sleek white shirt with gold studs tucked into a see-through sheer skirt and belted at the waist.

The SS 2019 collection is available in the Prada Sandton store.

Practical but make it pop

As thousands of design experts and creatives descend on Milan for the 58th edition of the Salone del Mobile, a festival of ingenious, innovative and sustainable design, we love the pops of colours that emerged from some of the spaces like at the Missoni exhibition.

Back home, one of the leading furniture makers in the world, Roche Bobois has been creating visionary and contemporary pieces since the 60s. The Bubble sofa and armchair, now an iconic model in the Roche Bobois collection, is the perfect balance between design, innovation and function, but it’s also fun, snug and colourful. The designer, French Sacha Lakic, is known for his work with automotive brands like MBK-Yamaha and Peugeot, where he designed cars and bikes; but it is through his furniture creations that his playful and original spirit shines.

“What characterises the world of Sacha Lakic, is the extraordinary sense of movement that animates his creations, they come to life as sleek shapes with high velocity,” says Roche Bobois South Africa director, Sandrine Fanchette. 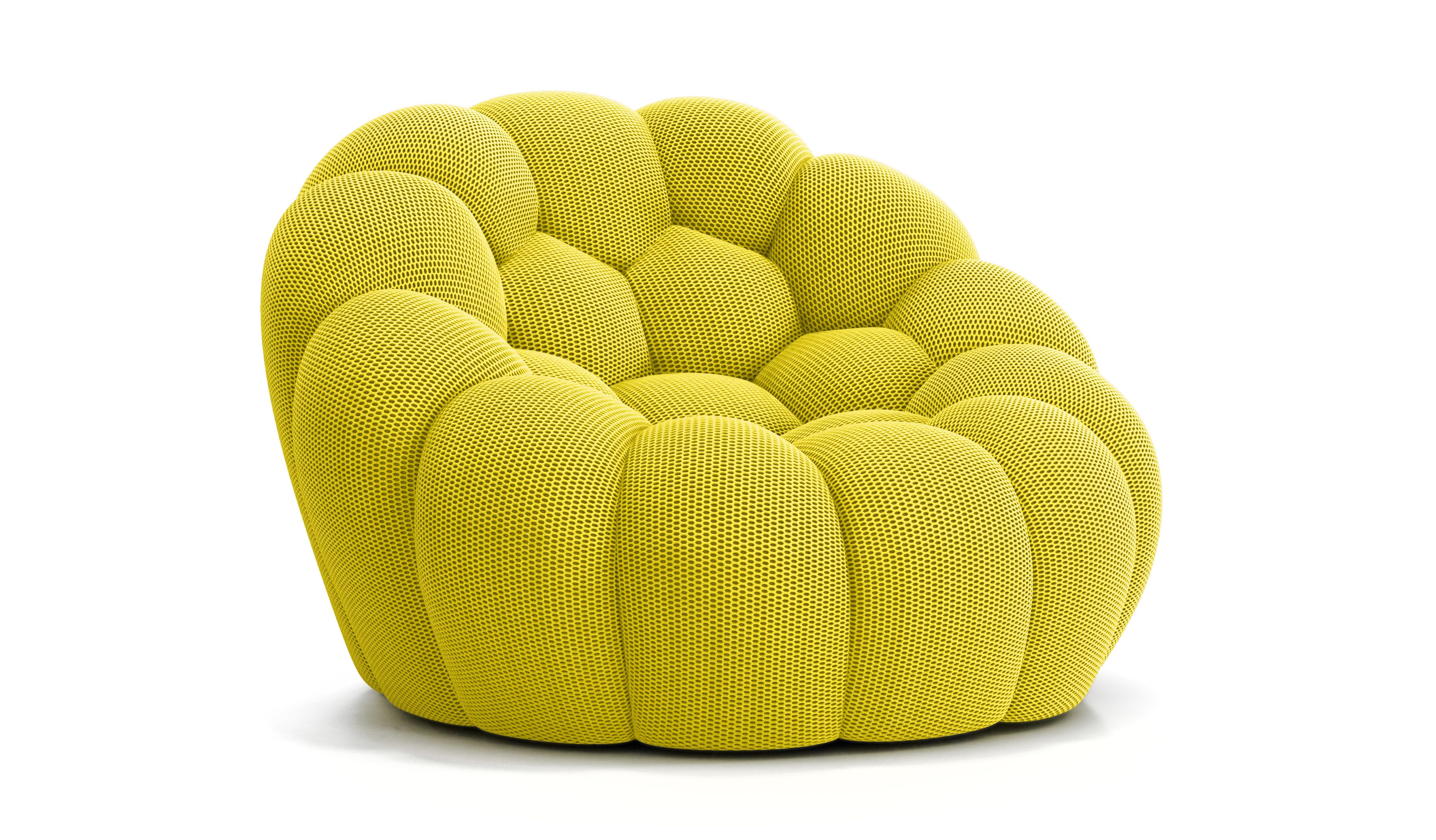 Why would you want it in your home?

The Bubble is comfortable with its stretchable fabric and round volumes; the manufacturing was done entirely by hand, and the sofa is padded with bi-density HR foam with a structure in solid fir wood, pine plywood and engineered composite wood. This means that it will resist not only the test of time but also yours and your family’s (kids included) eagerness to use it.

The Bubble Sofa by Sasha Rakic is available at the Roche Bobois stores in Johannesburg and Cape Town. For more information, visit Roche Bobois South Africa.