Structure and Culture: A building that divided people even before apartheid laws were enforced 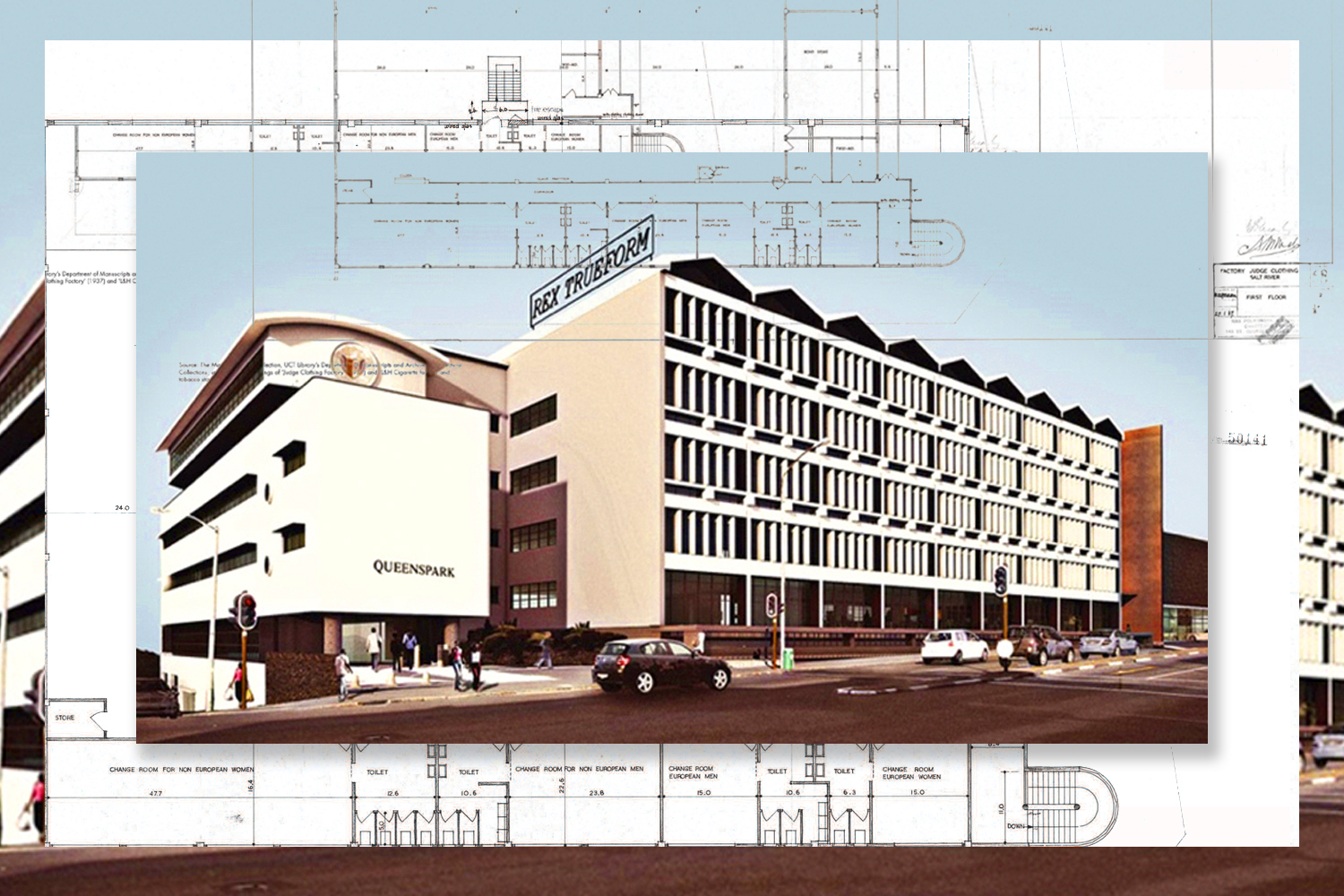 When the original Rex Trueform building was erected in 1938 in Salt River as one of the leading manufacturing factories in Cape Town, its modernist style stood out among the neoclassical buildings of the time in the city. In our new series, Structure and Culture, we chat to leading African architects about buildings they consider significant; we explore how these structures shape and influence human interactions, perceptions and behaviours.

Ilze Wolff, director at Wolff Architects, is the award-winning author of Unstitching Rex Trueform: the story of an African factory, a study following “the narrative of the site from the date of completion of the first factory in 1938 up until conversion of the site into an office park in 2013”. The site is Rex Trueform, a building that was constructed over 80 years ago as manufacturing factory in Cape Town. A decade after its erection, as the company grew, another building was added to the factory. Incorporated in the building plans for both, were segregation policies that were yet to be made into law by the apartheid regime that would come to define South African life in the second half of the 20th Century.

On Monday 11 February 2019, the 1948 building was classified as a provincial heritage site. “The Rex Trueform building is a building that I always passed as a student, it literally caught my attention because it has such a presence on Main road (Salt river). I have family that worked there, my aunties and uncles, my grandparents also worked at other factories like Rex Trueform. I was intrigued by its presence on Main Road, as well as the presence it has in people’s social imagination,” says Wolff.

When she started studying towards a degree in Heritage and Public Culture, that fascination led her to study the building and “write its biography”. Initially she wrote it as a thesis, and later expanded into a book that went on to win the L’erma di Bretschneider C International Prize for scholarly works in Modern and Contemporary Art. Here is her story intertwined with Rex Trueform, 263 Victoria Road, Salt River, Cape Town. ML

1948: A second factory building is built across the road from the initial building by Andrews & Niegeman