The Bounty of the Tavern of the Seas 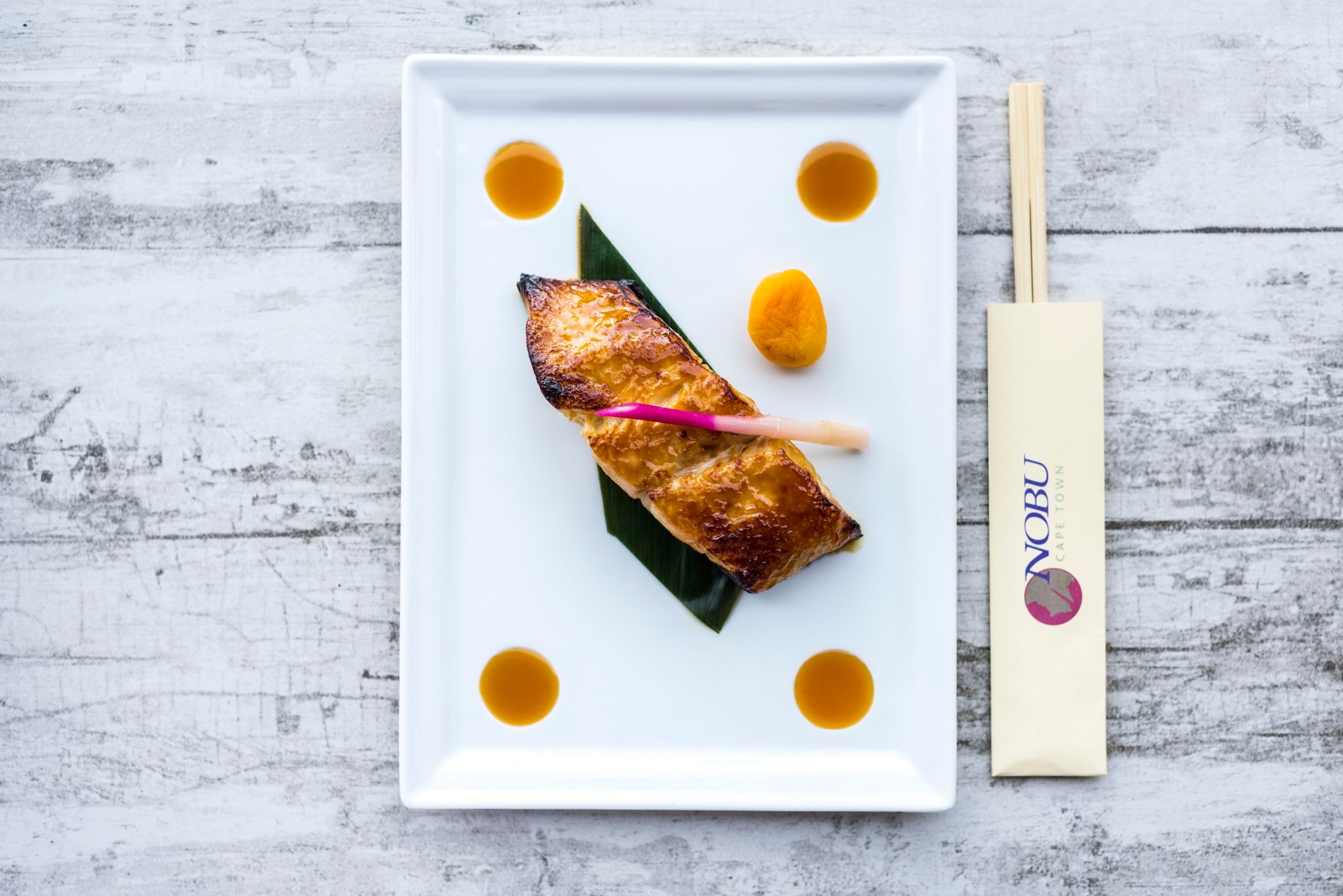 Black Cod at Nobu. Arguably the best fish dish in the world, according to some very important palates.

The best seafood dish to be had in Cape Town is also arguably the best in the world: the Miso-marinated Black Cod at Nobu, at the One&Only hotel at the V&A Waterfront. But we cast our net wider, to bring you a great catch of eateries worth getting your bib out for.

There’s a world of seafood at the Cape, and rightly so. From the high end of world cuisine, at Nobu, to the simplest sea shack dishing up a pile of calamari and chips in Hout Bay. If you have a taste for the sea, your saltiest desires will be met.

The Atlantic patrols the shore each day at the Cape. It washes and bashes over ancient coastal foraging paths, slave graves and sunken ships. Its kelp is the backdrop to the cycle of life and death in the oceans while the humans race around on their little strip of land somewhere in between.

Despite the concrete, noise and cold waters there is a connection between the land and sea. But if you want to get it au naturel, you’ll need to speak to Veld and Sea first. These workshops will teach you how to identify, harvest and cook food from the shores of the Cape. You’ll spend the morning rock pool hopping in Scarborough looking for shellfish and seaweed to cook later for your outdoor feast. 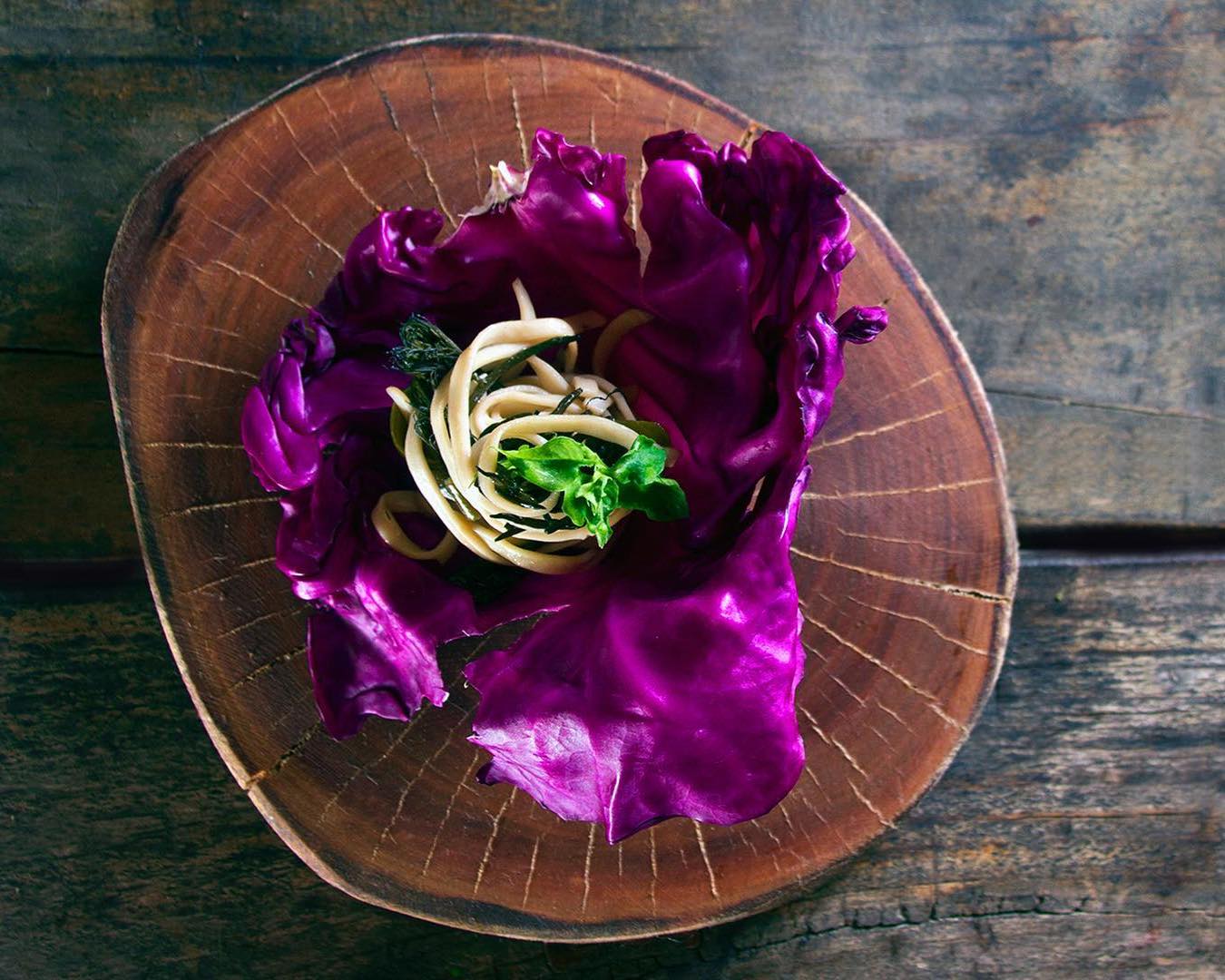 A starter of pulse tagliatelle, sesame oil, honey and soya marinated seaweeds, a pinch of sea salt, a squeeze of lime and a sprig of chickweed. Photo: Gabrielle Holmes/Facebook

If you have a hankering for shellfish and seaweed but don’t fancy tracking it down yourself, sushi at Kyoto Garden, Tamboerskloof, is an option. This Japanese restaurant stresses that it is not just about sushi and sashimi. It has a range of seafood, from farmed abalone (see Tony Jackman’s GastroTurf column) to sea urchin. An enticing option is the sake-steamed clams or the clear broth called “the sea”. 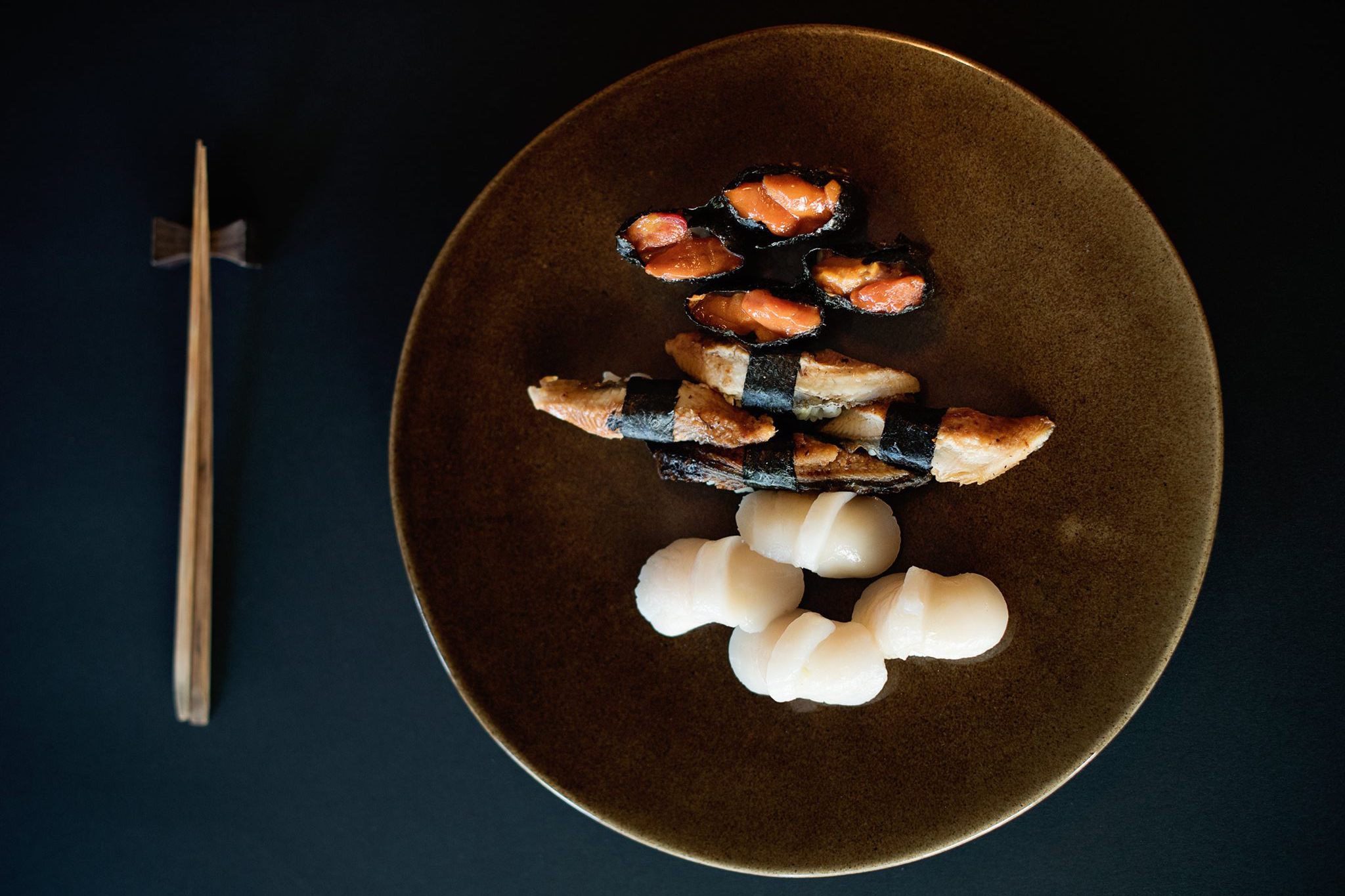 Nobu, at the One&Only hotel at the Waterfront, is a supremely posh nosh palace. Its grandness is matched by its prices, but boy is it worth it. This is out outpost of Japanese chef Nobu Matsuhisa’s global restaurant empire (there are 15 in the US alone, 11 in Europe including three in London, and three in “Middle East & Africa”, the website says, the other two being in Doha and Dubai. But do save up and get there, and you’d be a fool not to have the Miso-marinated Black Cod. It is just sinfully good. But so much else of the cuisine – it’s Japanese-Peruvian, by the way, Nobu Matsuhisa having worked as a chef in Peru for some years before he became the Nobu in Nobu.

There’s also black cod with miso at Haiku, in Burg Street, but a dish to get stuck into there is the soft shell crab, when available. You order from one or more of the kitchen stations – sushi, grill and robata, steamed dim sum, fried dim sum, or wok – and there’s masses of seafood cooked in many delightful ways.

Another place to experience a Peruvian take on raw fish is at Charango Barbacoa in Bree Street, where ceviche – of salmon – is redolent of orange, served with sesame whipped cream cheese, pickled fennel and toasted hazelnuts.

For 23 years of consistent excellence and a very cool, rather orange, vibe, Miller’s Thumb in Tamboerskloof is where Solly and Jane Solomon serve wonderful fresh seafood done in Solly’s distinctive ways. Everything’s on the blackboard, and these days there are a few more ways of preparing the dishes and a few more fish to fry (or grill).

There are all the old favourites than any Cape seadog knows inside out – Willoughby & Co, Cape Town Fish Market, Baia for fine dining, Panama Jacks and Quay Four, Greek Fisherman and more, but newer players are making their mark too.

Firefish brings the Camps Bay-cool Kove collection to the Waterfront. You’ll find dim sum and bao along with linefish and the like, though they do venture away from the sea as well.

Seabreeze Fish & Shell is making waves in – where else? – Bree Street, and has built a great reputation for fresh seafood as well as oysters (try the oyster happy hour). They promise fresh, with daily changes to reflect that.

Riva Italian fish restaurant in De Waterkant is also there to remind you that pizza and pasta can have seafood in them too. Restaurateurs Nicoló Rovarini and Federico Rocca grew up together at Lake Maggiore in Italy. Expect the usual Italian menu structure, but with only seafood. 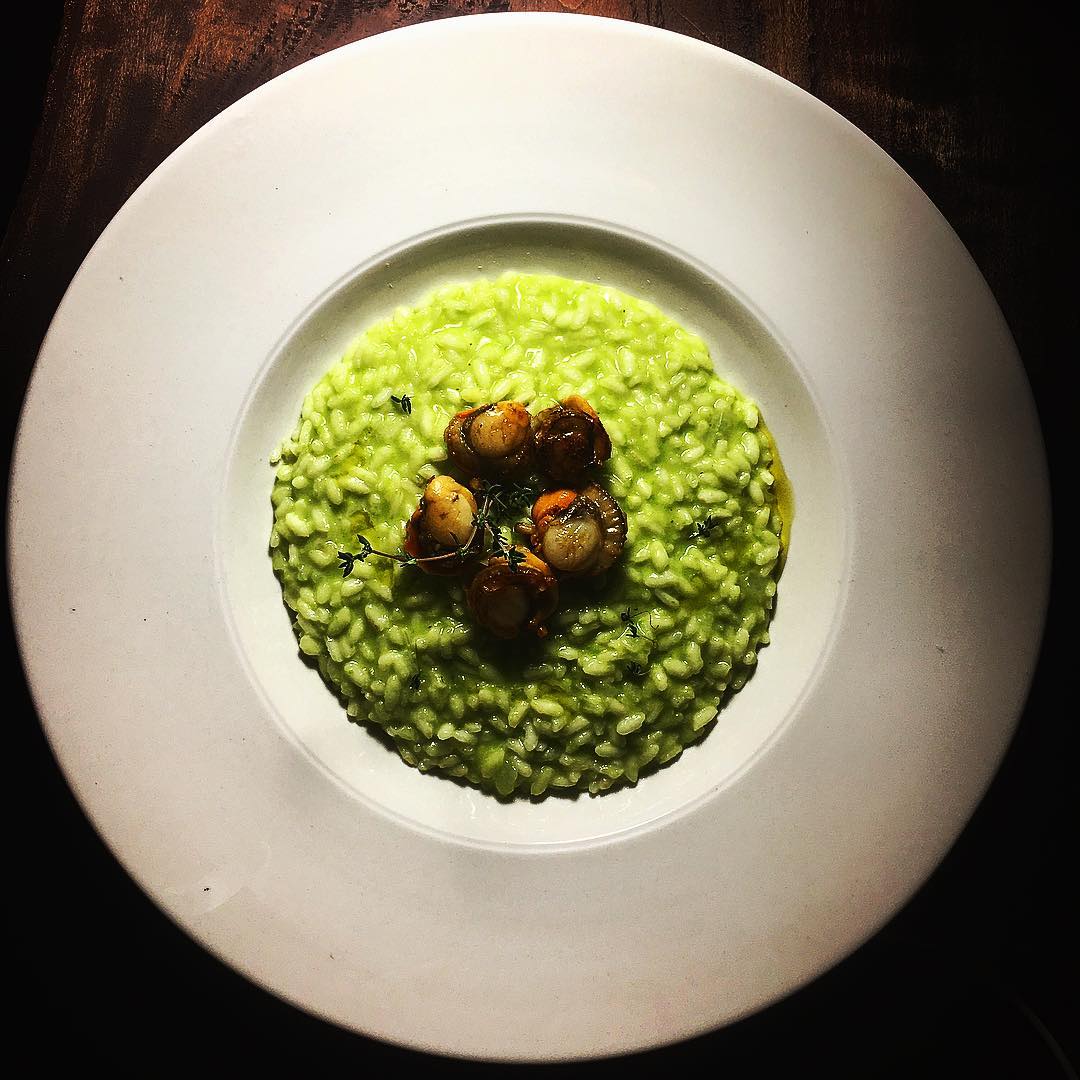 A pea risotto is topped with scallops and a twig of thyme at Riva. Photo: Facebook.

Burger&Lobster in Bree Street has a menu with a mission. It has only three main meals on its menu: a beef burger, a lobster roll or a whole lobster. Each option comes with a side of fries and salad, but can be upgraded to a suave side like black truffle and Parmesan cheese fries. Their cocktail menu is much longer than their food menu. 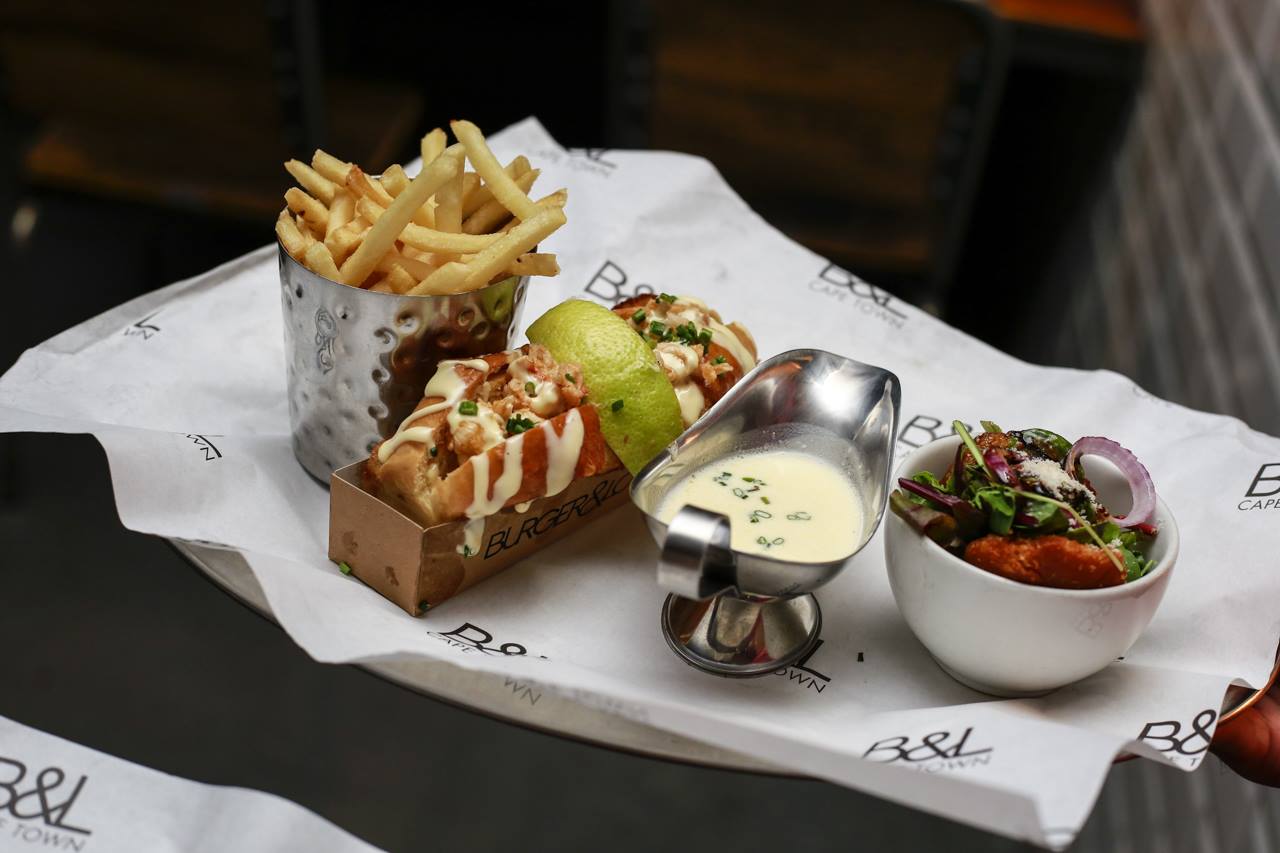 The lobster roll has 70g of meat on it and is drizzled with a Japanese mayo. The lobster meat is cooked in a lobster butter and plated into a toasted brioche bun. Photo: Facebook

Another restaurant hoping to inspire a cult following of a single seafood is Clarke’s Bar and Restaurant, also in food-trendy Bree Street. They’re committed to starting an “oyster cult” because “this world needs to love and understand oysters”. To pull their weight for this cause they offer oysters at R15 every day from 5pm.

The old dame of the harbour that just keeps giving must be the Chapman’s Peak Hotel in Hout Bay. Each time, she serves you the softest calamari in the same frying pan, no matter how trendy her redecorations are. The view over the bay towards the fishing boats and those who steer them reminds you of the salt and sweat that goes into hauling live treasure from the sea. Decades on, the legend continues. 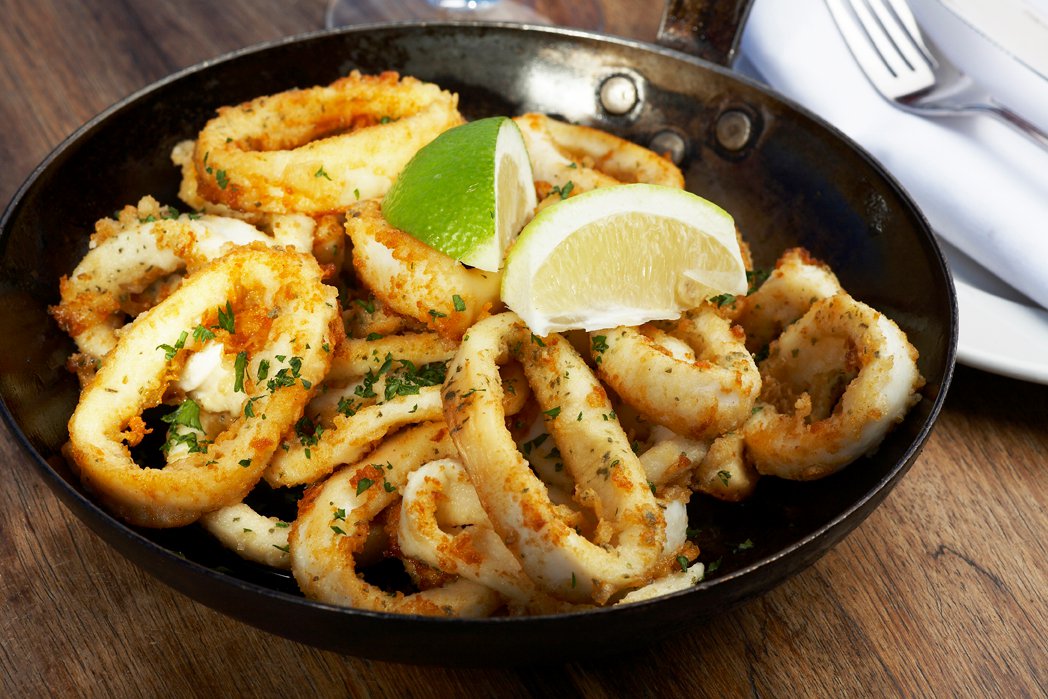 So soft you can see it melting. Photo: Facebook

You forget about the mountains and traffic and lack of fresh water and shops and hustle and stare at the endless serene sea.