Retail: How the mighty have fallen in Kenya 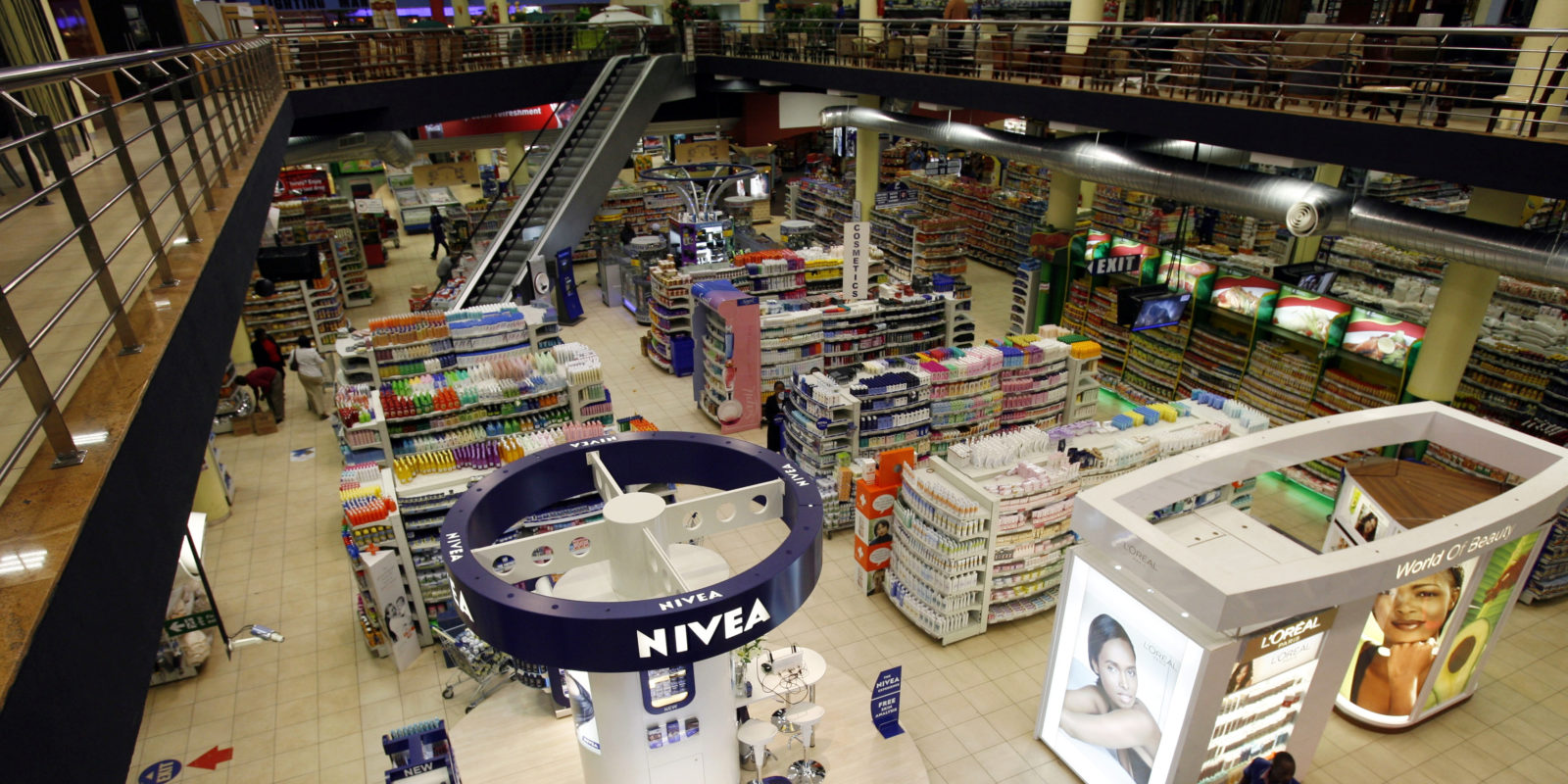 A general view of customers shopping at a Nakumatt supermarket in Nairobi, Kenya,20 July 2008. Nakumatt is a Kenyan supermarket chain with 18 stores across Kenya and a staff of some 3,200 people. The company has announced plans to expand to Uganda, Rwanda and other East African countries. The company has reported a turnover for 2006 of more than US$300m, up 150 percent on the previous year. Nakumatt is an abbreviation for Nakuru Mattresses. EPA/STEPHEN MORRISON

Once the undisputed leaders of the booming East African retail market, today some of the biggest names in Kenyan retail are no more. The collapse of leading household brands stands in stark contrast to the hype around high-investment returns expected from Africa’s “burgeoning” middle class, not to mention the conviction of a string of reports claiming outright local domination over multinational competitors in the opaque African consumer market.

Economic realities mixed with a toxic cocktail of internal and external mismanagement have brought Kenya’s largest retailers to their knees. This questions assumptions around the size and potential of the African market, and how we evaluate competitive performance and management in such a complex environment.

Nakumatt, with over 60 stores across the region and annual revenues of $700 million, is by far the largest and most controversial of the surprising collapse. In October 2016, what had up until then been a widely reported success story of Kenyan retail gone regional, Nakumatt’s management announced they were facing cash flow problems.

Nakumatt’s drastic liquidity shortages and financial meltdown have been attributed to a range of factors including gross mismanagement around day-to-day operations and taxes, poor governance, outright fraud by some employees and suppliers, coupled with a poorly executed expansion based on a debt-funded acquisition spree. By the end of 2018, the retailer had closed 58 stores. There are now seven so-called “bounce back” stores in operation. But word on the streets of Nairobi is that the company will not make a comeback.

Nakumatt is not the only one engulfed in financial turmoil. Other established retailers are in crisis, or on the verge of collapse. And some of these precede the Nakumatt catastrophe, heeding warnings of inflated market expectations up to five years prior.

Uchumi is one of Kenya’s oldest retailers, founded in 1975, and listed on the Nairobi Stock Exchange (NSE). Notorious for stock-outs, rental arrears and delayed salary payments, the company exited Uganda and Tanzania in 2015 after years of ongoing losses. It is yet to settle millions of dollars still owed to suppliers.

As its branch network shrinks and debt mounts, its new CEO is scrambling to avoid liquidation as the search for a strategic rescue investor continues. The formation of a new committee, expected to help the retailer clear debt and return to sustainable operations, was announced in December. But if track record and market performance is anything to go by, this is unlikely. Kenyan pride has sustained it longer than financial viability. Only time will tell what the ultimate outcome for Uchumi will be.

Most recently, NSE-listed fashion retailer Deacons, with operations in Kenya, Uganda, Rwanda, and Tanzania, was placed under administration following financial difficulties from recurrent loses since 2016, and subsequently de-listed. Deacons’ demise is believed to be the result of external factors. A marked reduction in foot traffic in the growing number of malls, with the closure of supermarkets operating as anchor tenants resulting in a decline in sales, alongside increasing competition and a significant loss in revenue with the sale of Kenya’s Mr Price stores to South African franchise owner Mr Price Group, culminated in a perfect storm.

The collapse of Ukwala and Ebrahim, both well-known, family-owned supermarkets, in February this year, highlight the stark reality of the retail market in Kenya.

Ukwala, which opened in 1995, has applied for liquidation with 300 suppliers claiming arrears of almost $10-million. Ukwala had several branches across Kenya but has recently relinquished some of its outlets to Botswana retailer Choppies, which purchased a 75% stake in the then-struggling retail business, buying 10 of its stores.

Meanwhile, Ebrahim, closed its last remaining branch in Nairobi, bringing to an end 75 years of operation in Kenya.

The story of Kenyan retailers reveals some of the hard realities of this sector in Africa. Despite the hype associated with the growing middle class, significant depth and scale are yet to be seen. Kenya is a useful proxy for the African context. A quick look at some relevant statistics reveal an interesting and concerning scenario:

Kenya’s increasingly competitive retail market has contributed to the fall of the local giants. Since 2015 Massmart, through its Game stores, Choppies from Botswana and French retailer Carrefour have entered the Kenyan market offering the limited pool of middle-class shoppers more options.

Local supermarket chain Tuskys, which now holds the biggest portfolio of outlets at almost 60 stores, has gone on spending spree, opening new stores and launching a popularity campaign to guard its newfound dominance. Likewise, Naivas, with around 50 outlets, is aggressively expanding its footprint in Nairobi and is Kenya’s biggest online retail supermarket.

Deep-pocketed multinationals with sophisticated supply chains are also opening stores at a breakneck pace in malls where Nakumatt and Uchumi were previously anchors, seeking to capitalise on the immediate opportunity of empty store spaces left behind. This includes the re-entry of South Africa’s Shoprite, the new anchor tenant at Westgate Shopping Mall in the affluent Nairobi neighbourhood of Westlands, previously home to Nakumatt’s flagship store. Shoprite is planning several more openings in 2019.

But the arrival of global retailers may not necessarily sound the death knell for local retailers. While Shoprite, Carrefour, Game and Choppies have an advantage of financial muscle, their ability to leverage wider value chains with more diverse product offerings, and their proven track record of timeous payments to suppliers, they still represent a fraction of the Kenyan market, mostly in high-end malls. According to Nairobi-based investment advisory firm, Cytonn, “locally owned retailers account for more than 85% of supermarket sales, and still command a loyal following, particularly among consumers below the very top of the income pyramid”.

However, local players like Uchumi can no longer rely on a history of brand heritage to retain customers. They must streamline their financial management structures and enter into formalised supplier agreements. This will be a step toward the much-needed professionalisation of the retail sector.

The future of retail in Kenya is uncertain. But what is clear is that business empires cannot be built on the foundation of debt-funded, grand expansion plans targeting Africa’s elusive middle class. If the sector is to thrive off the capital and expertise of local players and replicate the success of sectors like banking, which today is dominated by Kenyan banks, local retailers will have to professionalise their strategy and operations. This will require a vast improvement in governance and day-to-day management, not to mention modernising for an ever-changing African consumer market in a dichotomous era of Industry 4.0 and informality. This is essential to remain relevant and sustainable in an increasingly competitive and complex retail space. DM