Kabila’s Plan C? The DRC’s constitutional court could bring him back 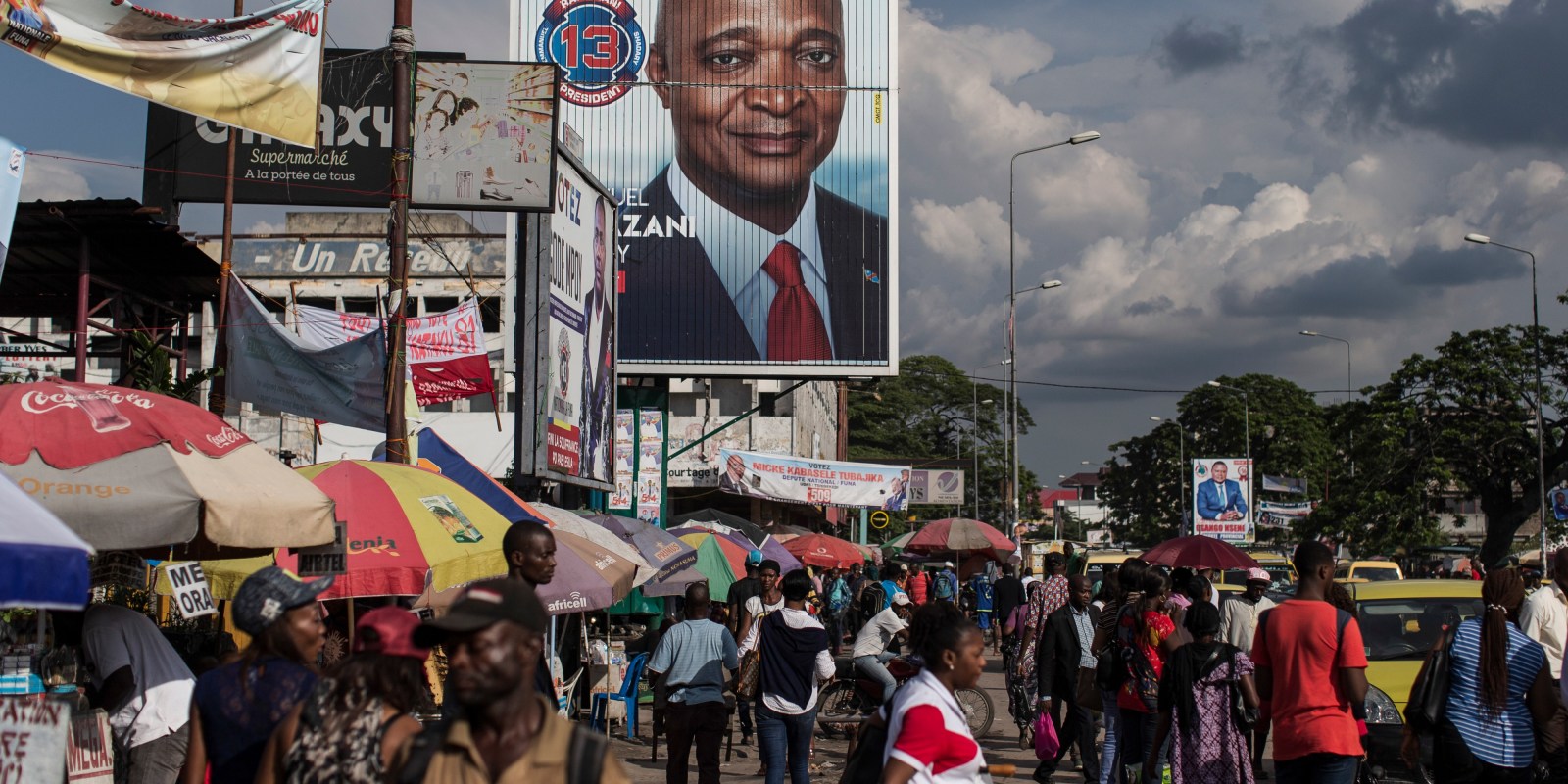 People walk in front of a giant campaign poster of the ruling party candidate Emmanuel Ramazani Shadary in Kinshasa, Democratic Republic of the Congo, 20 December 2018. The head of Congo's electoral commission Corneille Nangaa announced on 20 December that the poll, orignially scheduled for 23 December will be delayed by one week until 30 December, citing the recent fire that destroyed 80 percent of the voting machines. Emmanuel Ramazani Shadary, the ruling party candidate and a loyalist of outgoing president Joseph Kabila, faces challenges posed by Felix Tshisekedi, the leader of the Union for Democracy and Social Progress (UDPS) party, and the joint opposition candidate Martin Fayulu. EPA-EFE/STEFAN KLEINOWITZ

After stalling for years and then organising a flawed election, the people of the Democratic Republic of Congo may not have heard the last of President Joseph Kabila.

In early January, the Congolese electoral commission declared one of the opposition leaders, Felix Tshisekedi as the winner of the presidential election with 38.5% against Fayulu’s 34.8% and Shadary’s 23.8% from a voter turnout of 47.7%.

Kabila’s plan A and preferred candidate Emmanuel Shadary promptly conceded defeat and accepted the result. But Martin Fayulu, the other leading opposition candidate, rejected the outcome. He claimed to have won 61% of the vote against Tshisekedi’s 18%. The Conference of Catholic Bishops, which had earlier declared that its observers had identified a winner without naming him, argued that the electoral commission result was not consistent with its observers’ findings.

The Conference of Catholic Bishops has said it stands by its assessment that the electoral commission results do not reflect its own observations and asked it to publish polling station results to enable proper comparison. It has also encouraged affected parties to seek legal and peaceful ways to challenge the results.

Rather than restore calm, the election has left the country on edge.

The electoral commission has conceded that the election was not perfect and that there were flaws. But it has denied fraud, arguing that it did its best to deliver an election in a very difficult environment in which it lacked public trust and confidence. But it has argued that despite these evident challenges, the outcome is a true reflection of how the Congolese voted. It has also reacted sharply to The Conference of Catholic Bishops, accusing the clergy of crying wolf in the 2011 elections without providing any evidence.

Critics of Tshisekedi’s victory argue that he was Kabila’s Plan B. They say that, realising that Shadary was an impossible shot, Kabila activated Plan B, which was an easier sell to the Congolese and the world. The plan was apparently to steer votes to Tshisekedi against Fayulu. Tshisekedi — recently thrust into political limelight — is viewed by some as more malleable and less strong-willed than his firebrand late father, Etienne, whom many acknowledge was unfairly denied electoral victory in 2011.

There is another reason advanced by sceptics. Fayulu’s political allies include sworn Kabila enemies, Moise Katumbi and Jean-Pierre Bemba. A Fayulu victory would not be in Kabila’s political interest, they say. They argue that Kabila and Tshisekedi struck a deal in which Kabila will designate a prime minister and be indemnified for past wrongs, including corruption. Tshisekedi and his supporters vehemently reject this theory and argue that his victory is solid and unassailable.

In any event, the results announced show that Kabila’s coalition has won a majority in the provincial and national parliaments. This means that Kabila’s camp will have full control of the provinces as well as the Senate since the powerful provincial governors and senators are elected by the provincial legislatures. Even these results are disputed and seem implausible given that the ruling coalition managed to muster just under 24% for Shadary. If upheld, the results suggest that Tshisekedi will be a lame-duck president as he takes office, with the most power in the hands of the pro-Kabila parliamentary majority in the national senate, provincial assemblies and among governors.

The UN has waded into the electoral results crisis, convening a Security Council briefing at which it heard from the electoral commission and the Conference of Catholic Bishops, as well as the African Union and Southern African Development Community (SADC).

The verdict among other countries as to who won is split. Russia and China, Congo’s traditional allies, have argued for respect of the electoral commission’s decision and non-interference in Congo’s internal affairs. The AU and SADC have called for a legal and peaceful resolution of the dispute. The West, especially France and Belgium, has said that the election was a fraud. The United States and Canada have been guardedly suspicious. All are united in calling for the verification of the results via legal and peaceful means.

With a lingering history of conflict, the risk of violence breaking out is high.

All roads now lead to the constitutional court, which according to the Congolese constitution has the authority to make a final determination. On Saturday 12 January, Fayulu petitioned the court to demand a recount aimed at overturning the result. It is not clear what evidence he submitted of the electoral theft against him. Success will depend on at least two factors.

First will be whether the court itself will be independent in its adjudication of the case. Second is the quality and authenticity of the evidence against the result. So far, Fayulu has cited the Conference of Catholic Bishops observer reports as evidence. The conference may be required by the court to submit its data. The data will need to stand the test of scrutiny.

The constitutional court is the highest court in the DRC. Created by the 2006 Congolese constitution, it was only effectively established in 2015. The court has jurisdiction over all constitutional disputes and for interpreting the provisions of the constitution. It decides disputes regarding elections and competencies of key state organs. It also handles criminal complaints against the president and prime minister.

In practice, the president has significant control over the court. Out of the nine judges on the court, three are directly designated by the president, another three are nominated by parliament, in which, his party holds the majority, and the remaining three by the Superior Council of Magistrates.

Appointments are made by the president. That may mean nothing in a context of a thriving democracy, where the act of appointment is separate from the exercise of judicial independence. But the Congo is no such place. Kabila is well known for appointing yes men and the court routinely makes decisions in his favour. Few consider it as genuinely independent and many do not expect an impartial decision from it.

According to sceptics, that would be the legal endorsement of Kabila’s Plan B. Fourth, and most unexpected, it can accept that the election was irredeemably flawed and therefore nullify it and order a fresh election within a certain period of time. In that case, according to the constitutional court’s prior interpretation of Article 70 of the constitution, Kabila would continue as president pending new elections. This could be Kabila’s plan C.

Given the “already established” complexity and difficulty of organising credible elections, Kabila could once again justify dragging his feet in organising another presidential poll and by default prolong his rule.

Whichever way events unravel, Congo’s political crisis is far from being over. DM

Siphosami Malunga is the Executive Director of the Open Society Initiative for Southern Africa.