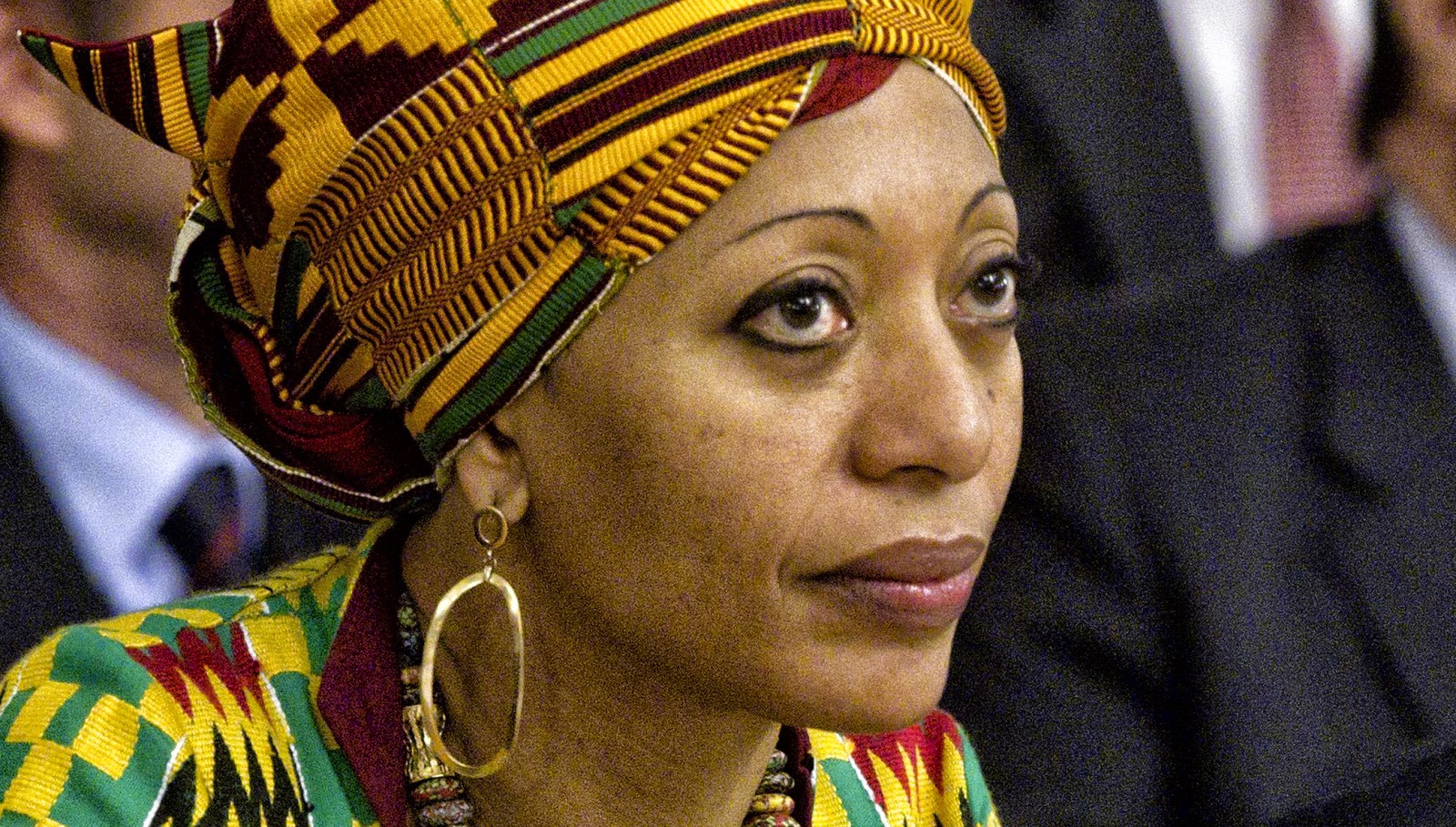 The president of Kwame Nkrumah Pan-African Center, Ghanaian politician Samia Nkrumah, attends an event to mark the 50th founding annivesary of the Organization of African Unity (OAU) in Rome, Italy, 29 May 2013. EPA/CLAUDIO PERI

The notion of real, undiluted Pan-Africanism — all of Africa united into one nation — seems like a throwback to a bygone era, in a world increasingly obsessed with borders. But to Ghanaian politician and activist Samia Nkrumah, the dream is very much alive. It was her father, the towering African icon Kwame Nkrumah, who first articulated the vision of a unified continent. His daughter is adamant that it remains the best way to lift Africans out of poverty.

When last did you hear an African leader speak earnestly about the project of unifying all African countries into one vast nation?

In South Africa, Pan-Africanism has slipped from a once-cherished ideal of the liberation movement into ideological obscurity. The EFF claimed, upon launching, to be espousing what they called “radical Pan-Africanism” — but their leaders have been accused of making xenophobic utterances in public, including Floyd Shivambu’s questioning of former minister Malusi Gigaba’s citizenship and Julius Malema’s suggestion that former president Jacob Zuma’s son Duduzane was “not a proper South African”.

As the 2019 elections approach, South African politicians of all stripes look to be exploiting an apparently widely felt hostility to nationals of other African countries encroaching on local borders.

On Thursday afternoon, as Daily Maverick sat down with Samia Nkrumah, the DA released a statement containing a number of poorly substantiated alarmist claims about South Africa’s border insecurity, including that “there are people coming across the border to collect social grants and shop in South Africa before returning across the border”.

It’s a far cry from the situation Samia’s father Kwame Nkrumah envisaged when he laid out his vision of Pan-Africanism as the continent’s first post-independence black head of state.

“He would be very, very disappointed,” Nkrumah says.

But for Nkrumah, Pan-Africanism remains not just a romantic ideal but an increasingly urgent necessity.

The 58-year old Ghanaian needs less than a minute of discussion to launch into an impassioned argument for the ongoing need for true African unity. Not the version half-heartedly championed by the African Union, which she describes as “paying lip service” to the concept — but a mighty African nation, bringing together the continent’s countries in a political arrangement somewhat akin to that of the United States.

“States cede a little sovereignty to the union government on essential matters, such as the economy, foreign diplomacy, and defence. They submit to collective decision-making.”

She says that African countries which are hesitant to embrace diluted sovereignty should consider one simple question.

“To what extent are we fully sovereign nations now? Our economies are dictated from the outside. Better to cede to a union than to foreign powers.”

Nkrumah is under no illusions: xenophobia is rife all over the continent, she says, not just in South Africa, and is consciously fomented by African politicians as a way of diverting attention from domestic issues.

“But what matters to people is unemployment; poverty,” she says. “You don’t solve those problems by blocking people from coming in. Proper economic integration could address these problems of unemployment and deindustrialisation. We will definitely be in a stronger position economically; able to borrow on better terms.”

To Nkrumah, Pan-Africanism is only partly an ideological vision.

“It’s a political decision for our economic survival,” she says.

Nkrumah is in Cape Town to deliver the keynote speech at the Open Society Foundation’s 25th anniversary celebration of its work in South Africa. She hasn’t visited South Africa much before, and says that one reason why she accepted the invitation to speak is that she admires the country’s ability to reach a political consensus after apartheid.

From this perspective, she sees South Africa as a microcosm of what would need to be achieved in order to bring about one Pan-African nation:

Nkrumah is a successful politician in her own right, having become the first woman in Ghana to lead a political party. It is clear, however, that she sees her political identity as inextricably bound up with that of her much-admired father. It is an association she wears as a badge of honour rather than a burden.

She refers to her father mostly by his full name, and always with a kind of understated reverence.

“For me, Kwame Nkrumah is also my leader. I’ve studied his books. When it comes to political activity and Pan-Africanism, he is my mentor,” she says.

Laughing, she adds: “I’m a Nkrumah-ist by conviction, not just by birth.”

Although Nkrumah has stepped away from party politics in Ghana for the time being, she intends to stand for a parliamentary seat in 2020 — though hints she will do so under the umbrella of a new political formation rather than the party she has previously served, the Convention People’s Party.

She is adamant in her belief that Africa needs more women in political office. One political party that she thinks could benefit from the impact of greater numbers of female leaders is the EFF, whose development she has watched with interest from Ghana.

“By and large I am positive that the influence of more women could change this style of political representation,” she says. “What we need is more consensus.”

“Some of us are also radical in our thinking, but don’t come across like that — not because we are afraid, but because we want people to understand why we are fighting. We need a big chunk of the population to agree to do things differently. We reached that consensus to end colonialism, and to end apartheid.”

When she leaves Cape Town, it is to head back to Accra to convene a gathering of Pan-African federalist movements. There, she says participants intend to strategise on ways to popularise the concept of Pan-Africanism for a new generation.

Asked to deliver a pitch to the people of South Africa as to why they should embrace the idea of relinquishing sovereignty to a unified African nation, Nkrumah pauses for a minute to gather her thoughts, and then leans forward.

“If you look at the past few decades, you will find that the good things that happened on the continent happened when we stood together. One is the end of colonialism. It came to an end because African states stood together and supported each other,” she says.

“Today we can identify our challenges as marginalisation, poverty, the inability to reach our potential. The quickest and most effective way of beating those challenges is in political and economic unification. There is a big chunk of the population in South Africa that needs a stronger, wealthier, more industrialised African nation to deliver basic needs.”

Nkrumah spreads her hands and shrugs.

“If I were a leader, I would be happy to be part of a bigger nation, and cede some sovereignty, rather than come and tell my people: ‘I’m sorry, I can’t help you’.” DM