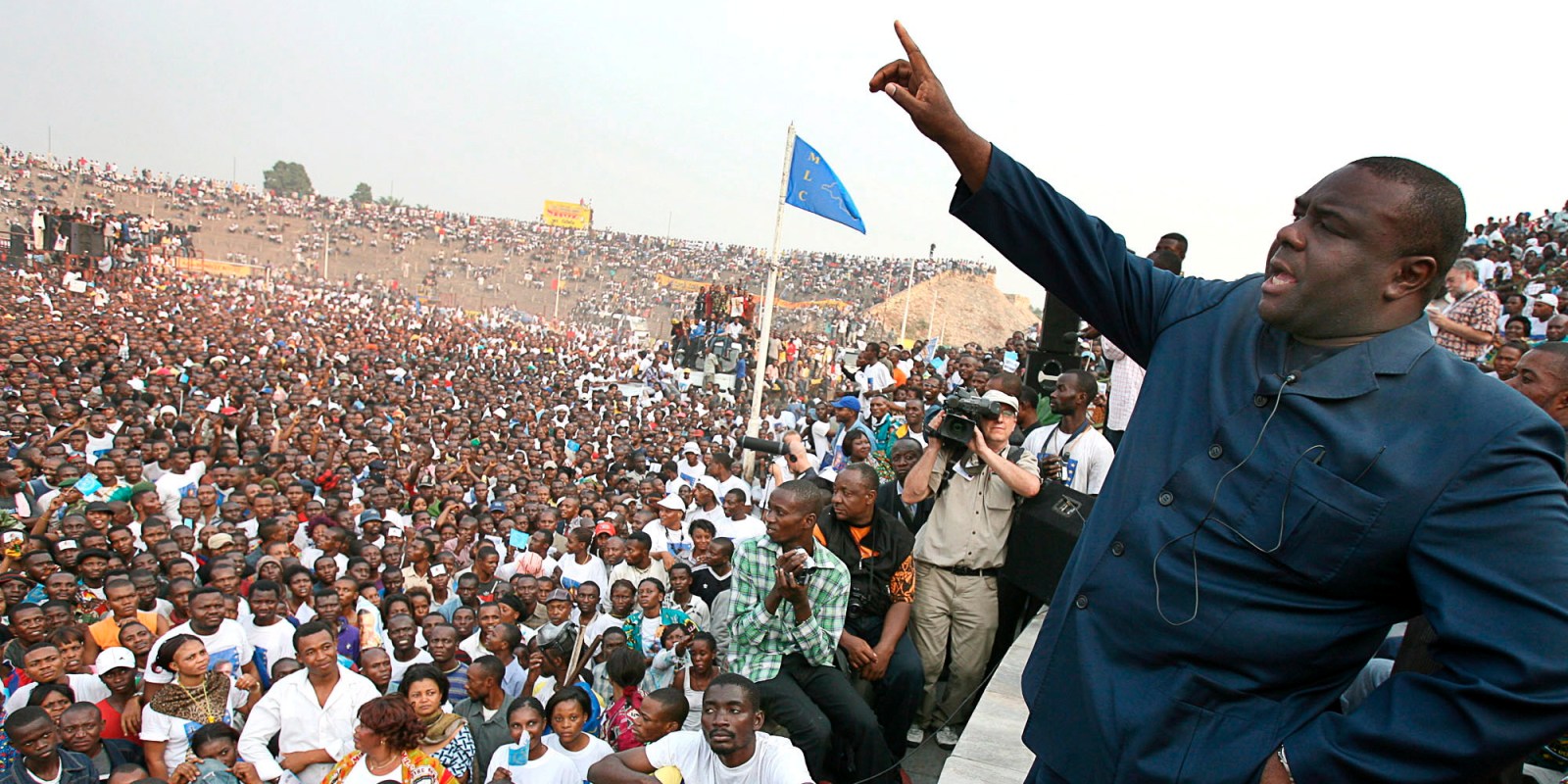 What does this mean for the country’s long-term trajectory? By Stephanie Wolters

Martin Fayulu, one of the main opposition candidates in the upcoming Democratic Republic of Congo (DRC) elections, arrived back in Kinshasa this week for the first time since the seven key opposition leaders met in Geneva two weeks ago to elect a unity candidate.

His party and those of the two other substantial opposition leaders supporting him – Jean-Pierre Bemba and Moïse Katumbi – had been mobilising support for his return. Felix Tshisekedi, the frontrunner according to recent polls, and Vital Kamerhe, also a serious contender, participated in the Geneva talks. But they withdrew their support for Fayulu, arguing that their supporters wanted them to run.

This show of support matters, because it is considered a bellwether for how the Congolese population will respond to a fraudulent election. Five weeks ahead of the DRC’s long-awaited elections, a key question that many are asking is whether there will be protests after the polls and, if there is violence, how long it will last.

Will it peter out after a few days, allowing things to fade back to normal, or will the popular pressure and activism we have seen over the past three years be sustained, requiring some sort of external response?

Just how much violence and protest and for how long seem to be the remaining variables that international actors are preparing themselves to respond to, especially as so much else about the election is already decided.

The controversial voting machines that the Independent National Electoral Commission (CENI) has introduced are in the process of being delivered, and the CENI has not addressed the question of the 10 million voters who are lacking corresponding biometric data. And the political playing field is heavily skewed in favour of the ruling party.

The African Union (AU), which has been vocally critical about recurring human rights abuses in the DRC over the past year, now also seems to have accepted that the elections must go ahead, however flawed the preparations have been.

Last week Smail Chergui, the AU Commissioner for Peace and Security, said, ‘The AU, the United Nations, and I think many other partners, including certain members of the opposition, insist that the elections be held on 23 December. I think that delaying the election today would lead to much uncertainty.’

So while the new opposition platform Lamuka, formed in Geneva two weeks ago, continues to fight for the scrapping of the voting machines and a more credible environment, it seems the rest of the players – domestic and international – have moved on. They appear to have accepted that the election will take place on 23 December, regardless of the restrictive political environment and lack of transparency on key issues.

Lamuka knows that its conditions are unlikely to be met, but also that a boycott of the election would be playing right into President Joseph Kabila’s hands, and it wants to maintain pressure until the last minute.

With SADC and the AU the only international election observer delegations accredited by the DRC – numerous others were turned down – there will be a lot of pressure on the domestic observers to document incidents of fraud or intimidation. In any case, much of the election ‘rigging’ will already have been accomplished before voting day.

Another avenue for contestation would have been the implausibility of a Shadary victory in the face of a united opposition which boasts several popular figures. Thus the international efforts to midwife a unity candidate. In the end the two primary contenders – Tshisekedi and Kamerhe – were voted out, leaving the prize to the much lesser known Fayulu.

This political fiasco is undoubtedly a boost to the Kabila camp for several reasons. First, Shadary now faces a divided opposition field with at least three serious candidates. The Kabila government amended the constitution ahead of the 2011 election, scrapping a second-round run-off. With the opposition divided, this makes it much easier for Shadary to win, or to look like he has.

Second, the Congolese political class has demonstrated its venality, betraying a population that has repeatedly pushed for its right to elect a new president in a free and fair process. As a result, the Congolese population, exhausted by the political battle of the past three years and by the punishing socio-economic crisis, may grow apathetic about the election outcome.

Third, there is now substantial bad blood and divisions over what approach to take to the elections, making any kind of coordinated response – now or even after the elections – that much harder to organise. Finally the international community, faced with many competing challenges in the world, would have found it much easier to engage a united opposition, both ahead of the process and afterwards.

That said, this crisis is not the making of the opposition. It is the making of a political elite that wants to cling to power. Although some have tried, international and African actors have failed to prevent it from preparing a sham election that may allow it to do just that. It matters, because at stake is not the integrity of an exercise but the longer-term trajectory of the DRC and the wider Great Lakes region.

For now the lesson the DRC – and its neighbour Burundi– teaches us is that international and African actors do not yet have either the tools or the gumption to prevent corrupt elites from hijacking a country. DM

Stephanie Wolters is head of the Peace and Security Research Programme, ISS Pretoria