Tendai Biti's trial begins with a challenge against the... 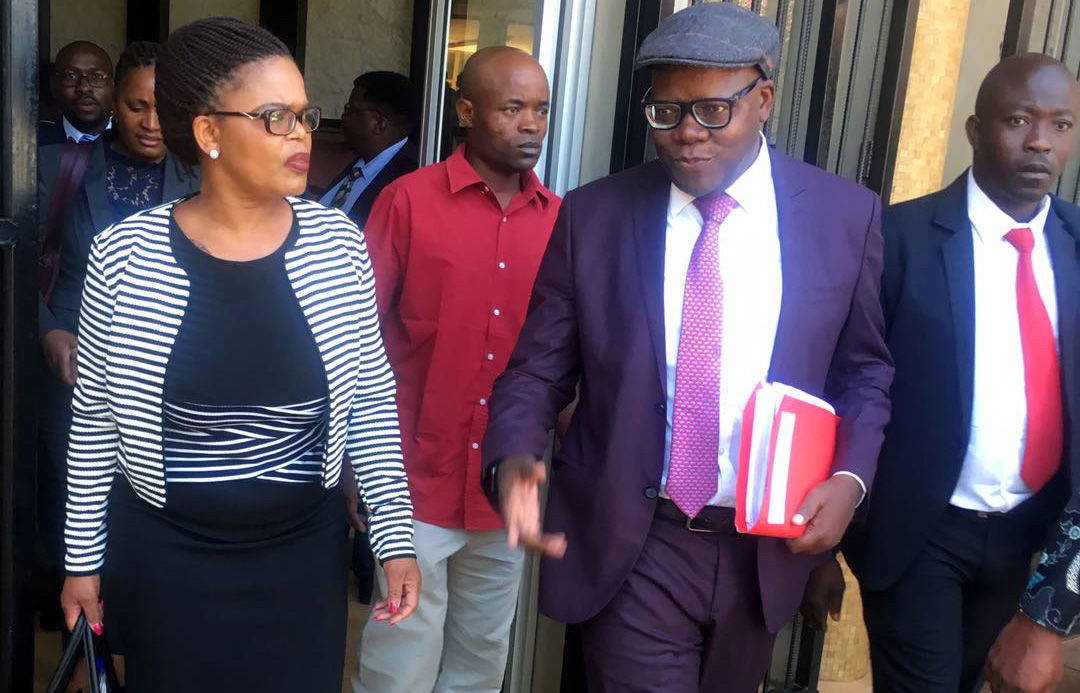 The Movement for Democratic Change Alliance deputy national chairperson Tendai Biti appeared in the Harare Magistrate’s Court on Monday, on charges which include contravening the Electoral Act. His defence team challenged the suitability of Michael Reza as lead prosecutor.

Zimbabwe opposition leader Tendai Biti filed an application challenging the involvement of Michael Reza as the lead prosecutor when he appeared in Harare Magistrate’s Court on Monday on charges of contravening the Electoral Act.

Lawyers for the Movement for Democratic Change Alliance deputy national chairperson said in the application that Reza was biased and not fit be in his position. They called on the prosecutor to recuse himself from the case.

Biti is also accused of unlawfully and unofficially announcing the results of the 30 July 2018 presidential election.

His lawyers, Beatrice Mtetwa, Jeremiah Bamu and Alec Muchadehama, told Harare Magistrate Gloria Takundwa that Reza was not independent, as required in terms of Section 260 of the Constitution of Zimbabwe.

They said Reza had acted in a partisan manner when he accused Biti of inciting violence that took place on 1 August. At least six people were shot dead when the military intervened to quell the protest.

The lawyers requested that the National Prosecuting Authority assign another prosecutor, arguing that if Reza were to continue as lead prosecutor, their client would be prejudiced.

“He has lost the right to appear before you because he has identified with the state, the army and whoever is running this country. The law requires him to be apolitical. According to Section 261 of the Constitution, a prosecutor should not act in a political manner,” Mtetwa told the court.

Reza argued that he had done nothing wrong, adding that he remained impartial and fair in the discharge of his duties.

“I don’t believe for one moment that what I did was improper. I was only responding to averments made by [the] accused person,” Reza argued.

Reza submitted an opposing affidavit relating to a case in which Biti is seeking a review of Harare Magistrate Francis Mapfumo’s decision not to release his passport to permit Biti to travel out of the country to seek medical treatment.

The ruling on Biti’s application will be handed down on Thursday, November 15.

Biti was arrested on 8 August 2018 and was initially charged with contravening section 66(A)(1) of the Electoral Act for allegedly announcing the results of the presidential elections held on 30 July 2018, and also contravening section 36(1)(a)of the Criminal Law (Codification and Reform) Act.

Six witnesses are expected to testify against Biti, with the state notifying him that they will use a transcript of an address he made during a press conference at the party’s headquarters in Harare. DM