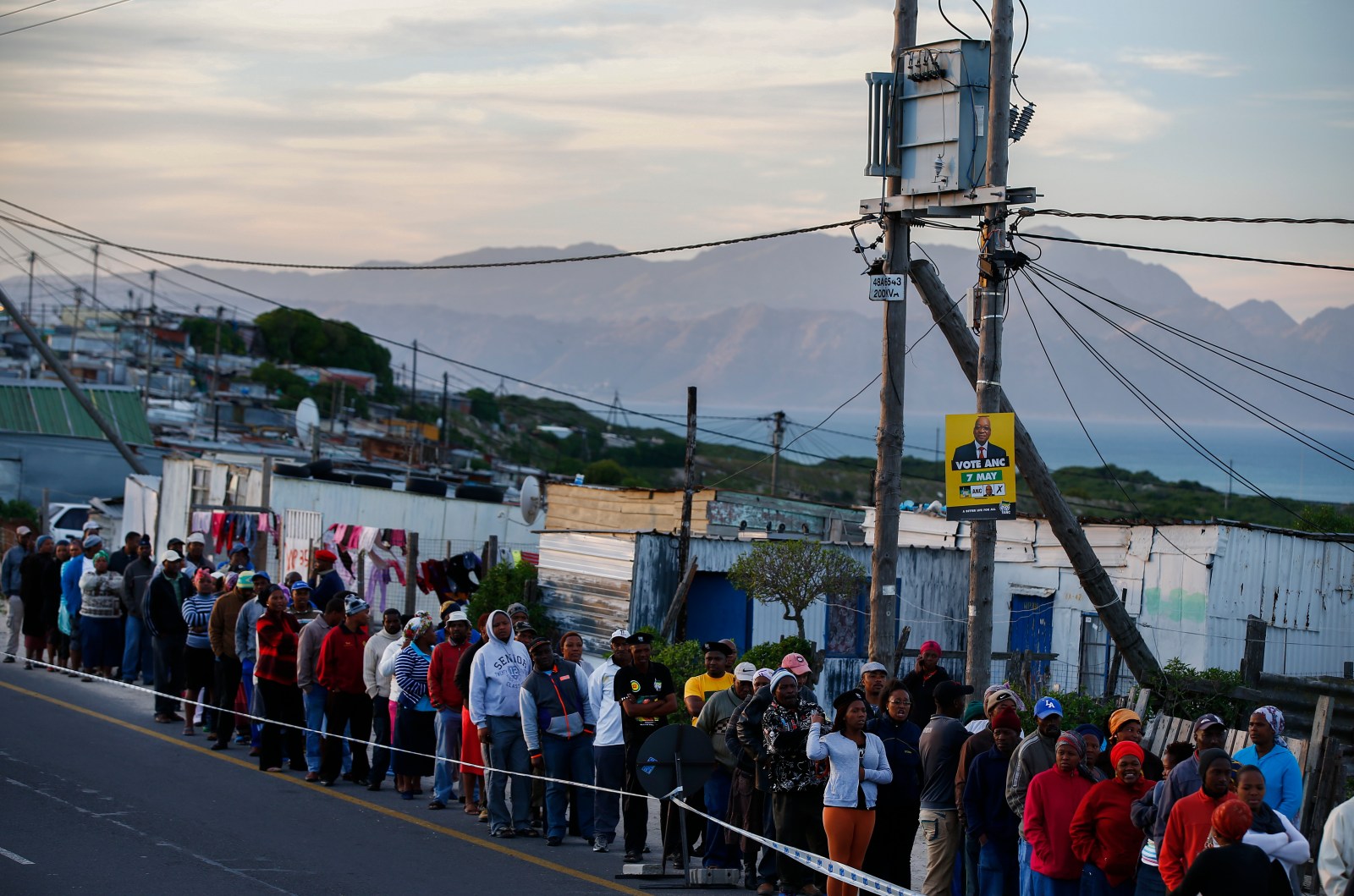 South Africans wait in line to cast their vote at a polling station in Khayelitsha, Cape Town, South Africa, 07 May 2014. EPA/NIC BOTHMA

In politics, predicting the future is just about the most important thing there is. If you can determine the major issues and discussions, or predict certain results, you can work out what kind of country we will have in a few years’ time. At the moment, it appears that making any kind of prediction is getting harder and harder, possibly as a reflection of a fragmentation of our politics. Two recent polls reflect this difficulty. At the same time, this process of fragmentation appears to be afflicting the ANC more than other parties. All of this suggests that the problems of pollsters will only increase, and predicting the future will become harder and harder.

On Tuesday last week the research network Afrobarometer published its latest research about the support that various parties across South Africa command at present. Obviously, it focused on the big three, with the ANC backed by 48% of the voting age population, and the DA and the EFF each on 11%. Crucially, there appear to be difficulties around these findings, as the same survey indicates that 16% of those asked refused to answer, while another 11% said they “didn’t know”. Of course, what is missing from these figures is the number for “won’t vote”. As has been discussed elsewhere, it could be that this figure, in the longer term, is actually the most important number of 2019 elections.

While it’s easy to criticise the design of a poll after its findings have been released, the crucial question that may have been missing from this exercise could have been, “Do you have contempt for any or all of the parties?” Considering the recent plague of scandals around all three major parties, the results might reflect an all-too-brief moment of cross-society unity.

This poll, along with others, has been strongly criticised. Perhaps the most damning criticism came in the form of a series of numbers from the pollster Dawie Scholtz. He compared the new results with the previous performance of Afrobarometer –in other words, he looked at the predictions they had made for the DA in the past, and then at how they did in that particular election. As he tweeted on Wednesday, it is not exactly a pretty track record of success:

4/ I think for context one should also look at Afrobarometer’s track record in predicting outcomes:

It would also appear unlikely that the DA and the EFF are on a par at this stage in the game. The DA certainly has greater organisation and structure. And while the Patricia de Lille saga may have hurt it, it is unlikely it has halved its support. Also, many of its voters are people who vote because they want to vote against the ANC, and that is likely to keep its numbers above a certain level.

The IRR poll of several weeks ago also produced surprising results, suggesting that the ANC was on just 52%, and that the DA would receive 23% and the EFF 13%. While there is not much difference between Afrobarometer’s findings around the ANC and EFF, it seems staggering that two different polls can come up with such different results for the DA. This suggests that small differences in the way polls themselves were designed can make a huge impact on their findings.

However, there should be no denying that the ANC is having difficulties in making headway at the moment. Weekends have already become very busy for its leaders, with events and rallies and walks all over the country. But the party also appears sometimes to be almost unable to stop hurting its own electoral prospects. On Tuesday, the Gauteng Provincial Executive Committee refused to follow the recommendations of its own integrity commission, and thus Qedani Mahlangu, Brian Hlongwa and Simon Mofokeng are still part of the body. The Gauteng ANC’s spokesperson, Tasneem Motara, speaking on Safm, could not even explain why, despite all of the findings on the Esidimeni Scandal, no one has tried to even ask Mahlangu to resign, and ended up having to explain that Mahlangu will be a part of the ANC’s electoral machinery in Gauteng in 2019. Considering that another member of that body, Kgosientso Ramokgopa, had confirmed on the same radio station the day before that they are worried about losing Gauteng, it is an astounding decision.

However, there is possibly worse in store for the ANC, as witnessed in situations that have gone almost unnoticed in some circles, to do with issues that may well have a greater impact on elections than any poll is currently predicting.

In 2013, one of the major political stories of the year was how ANC councillors in Tlokwe voted with the DA to remove their own ANC mayor. It was an indication of the real fury on the ground felt by these councillors at someone they believed was imposed upon them. In the end, it took a personal interview between each individual councillor and then President Jacob Zuma (at possibly the height of his political power) to reinstall another ANC mayor.

Now, in just one week, similar scenarios have played out twice in two separate provinces. In Matlosana, in North West, 15 ANC councillors voted with the EFF to remove the ANC mayor there, Maitu Kgaile. Meanwhile, in the Sol Plaatje Municipality around Kimberley, ANC councillors voted for an ANC mayor, but not the person they had been instructed to vote for by the provincial ANC.

These two incidents, happening separately from each other, is surely a sign of a further fragmentation within the ANC. If a political party is simply people with similar beliefs and interests organising themselves, then it appears that the very organisation of the ANC is breaking down. This could now become a trend at a local level, particularly in the absence of strong political authority at the centre. The reason for this lack of authority could well be the fact that Ace Magashule is not seen as a legitimate figure as secretary-general. If he is not able to manage the party, this kind of dangerous trend is likely to continue.

At the same time, former North West Premier Supra Mahumapelo has now joined a court challenge to the national executive committee decision that saw his provincial executive committee being disbanded. He is being represented by, no surprise, Advocate Dali Mpofu, whose role as chair of the Economic Freedom Fighters may well lead to suspicions that the entire point of the EFF’s current strategy is to sow division in the ANC. It is a strategy that may be successful, as the ANC is showing signs of dividing itself.

It appears hard to avoid the conclusion that what the polls are really indicating is growing evidence of a fragmentation of our politics. While this is being driven by particular political dynamics, the real reason could be the simple structure of our society, which is made up of very different interests and constituencies. If this is the case, then this process appears likely to continue for some time to come. DM