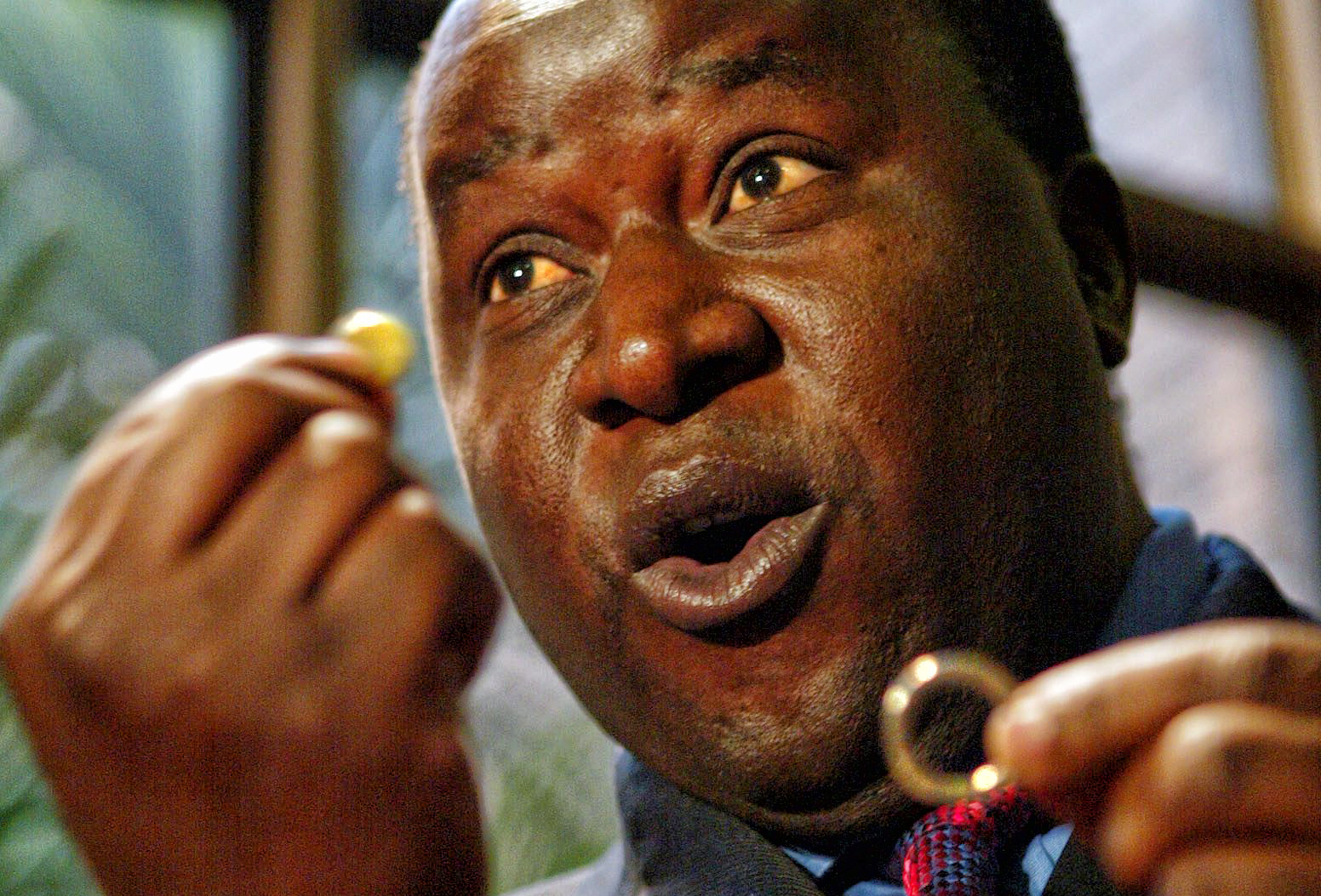 If ever there was a finance minister to deliver bad news, it’s Tito Mboweni. Sworn in two weeks ago, he complained that President Cyril Ramaphosa had ‘taken away’ his freedom. Then at the weekend the former businessman decided to stop the ‘grumpiness’ and roll up his sleeves for Wednesday’s Medium-Term Budget Policy Statement. Mboweni has firm views about South Africa’s economy, society and ideology — and he’s stayed on message.

He’s not been shy to point out how South Africa’s economy has changed so that 60%-plus of gross domestic product (GDP) is produced in the tertiary sector — services, from banking, legal, finance, medical to transport and logistics — and that’s where future jobs must come from.

Or that the majority of South Africans live in urban and peri-urban areas, not agricultural heartlands, amid the raging debates on land expropriation without compensation for land reform.

In doing so Mboweni — he serves on the governing ANC National Executive Committee, or its highest decision-making structure between national conferences — effectively is taking a step back from the governing ANC’s dogma supportive of public works programmes and a constitutional amendment for land expropriation without compensation.

Mboweni set out this argument in an interview with CNBC’s Political Capital in mid-September 2018, but also more recently after his appointment as finance minister when on Saturday he delivered the Kader Asmal memorial lecture at the ANC’s Gaby Shapiro branch in Cape Town.

Three days before delivering his maiden Medium-Term Budget Policy Statement (MTBPS), the memorial lecture provided some hints about how Mboweni may tackle his first speech from the podium in the National Assembly in about 18 years. The former labour minister became South African Reserve Bank governor and turned his hand to business before returning to the Cabinet on 9 October 2018.

On Saturday he said he couldn’t say much, because of preparations for the MTBPS, but he did say this: There are not enough taxes in a low-growth economy for the allocations that are demanded, requiring a rethink on what’s being demanded.

“There is not other source of money in the government. Government doesn’t own a printing press. It’s tax… So this idea that we can always demand anything, government must produce the money. From where? If people don’t render unto Caesar, there’s nothing to spend…”

Mboweni argued that it was conceptually problematic thinking that had “not moved beyond the 1980s”, while society had “changed fundamentally”(it’s the Wi-Fi generation now, he added later).

“At the end of the day it is the mining industry, manufacturing industry, services industry, transport and logistics that are going to create jobs.”

Yet questions emerge as to whether South Africa had the graduates for an economy where agriculture and mining contribute 5% each, manufacturing 18%, while the rest of the economy, more than 60%, was services, including banking, financial and government.

“With this structural change (of economy) and an education system that has not responded, we then have structural unemployment…”

And with the majority of South Africans living in urban and peri-urban areas, he cautioned that “politicians shouting at farmers” was unhelpful as farmers would simply pack up and sell on the basis that the land would be taken away anyway.

“Many young people say farming is difficult, dangerous and dirty.”

A month earlier, in the CNBC interview, Mboweni presented similar arguments. It was the financial sector that had “to be the natural place” to absorb young graduates, “because of the changed structure of the economy where over 60% of GDP is the tertiary sector…”

And government needed to take cognisance that 62% of South Africans lived in urban and peri-urban areas.

“They are not farmers. They are not peasants… You can shout about the land… (but) these are urban and peri-urban people; they have a different lifestyle.”

In that broadcast interview, the then not-yet finance minister, but businessman, raised the public service wage bill.

“You have to cut down the civil service. Smaller in number, better remunerated, and the savings you make from that you plough into public works — infrastructure…”

And it’s an issue he again raised in the memorial lecture even if, as the by now finance minister quipped, he had been cautioned against angering Cosatu.

“R8 out of R10 goes to salaries in the public service. We are left with R2 for other services, to fix a hospital, a clinic… It doesn’t make sense,” he argued on Saturday, adding later:

“R8 out of R10 goes to (public sector) salaries, yet there’s demand for more services. Where will the money come from? That’s how we should think about these things and engage robustly.”

Mboweni’s numbers didn’t quite add up. Officially the public wage bill for the 1.3-million public servants stands at R587-billion, about a third of the R1.56-trillion 2018 Budget, and up by about R150-billion from three years earlier.

But maybe the point wasn’t necessarily about the specific rands and cents, but the overall disarray of public finances, wracked by the impact of State Capture draining tens of billions of rand from the public coffers.

It’s unlikely there’ll be much to cheer about in Wednesday’s MTBPS in a sub-1%-growth economy — technically in recession after two consecutive quarters of contractions — with stubbornly high unemployment at 37.2% using the expanded definition, including those too discouraged to even try to find work.

The bottom line on Wednesday is in many ways quite simple in its broad sweeps: there’s no money in the kitty for anything fancy. Any adjustments to the allocations detailed in February’s Budget will come from savings, reprioritisation — bureaucrat-speak for moving money from non-performing programmes and projects to where it will hopefully do more — and difficult number-crunching. Basically, there is no new money.

But politically the MTBPS is important, not only for Mboweni to show what kind of finance minister he’ll be, but also for his boss, Ramaphosa.

The MTBPS is meant to give the rands and cents to the economic stimulus and recovery plan the president announced on 21 September 2018. And while the public focus, or perhaps the wishful thinking, has been on the stimulus part, it’s the recovery bit that may turn out to be crucial from Wednesday onwards.

The MTBPs must provide a link in the bigger picture of South Africa, regardless of the new dawn or “Thuma Mina” of the Ramaphosa presidency.

Crucially, it comes in between the presidential jobs summit — it seemed little more than a publicised agreement which government, labour and business are in any case meant to reach at the National Economic Development and Labour Council (Nedlac) — and the two-day investment conference from Thursday that Economic Development Minister Ebrahim Patel last week promised would make a series of specific and detailed investment announcements.

And so the political messaging will be important. And some realpolitik. As Mboweni told CNBC in mid-September:

“You have to understand the logic of capitalism if you are to manage a country in the modern age. If you don’t… and you think you can just appeal on the spirit of support of the new South Africa, you live in a fool’s paradise.”

He later added: “I can say with pride and arrogance, we did much better. At one stage we hit a 6% growth…” and how the challenge now was to “unlock the levers of the economy to be able to reach at least 3.5% growth”.

Mboweni is now part of this government that he, as businessman and avocado farmer, wanted to hit such growth levels. He had a few things going for him, more important than superficial similarity to Ramaphosa’s own business and (cattle) farming interests.

One is consistency in public statements. On Tuesday last week in his maiden appearance before Parliament’s finance committee, Mboweni told MPs of his surprise when returning to government of discovering that government still worked with “huge files of documents”, while the private sector does all that electronically.

A tweet to that effect went out on Sunday: “I had forgotten how Government operates! They still print documents and have no electronic board docs.”

The finance minister is an astute politician with political weight as a committed senior ANC member, who returned from exile in 1990. He has a record in government as labour minister in Nelson Mandela’s administration, but is perhaps better known domestically and internationally for serving for the decade to 2009 as Reserve Bank Governor.

He’s a known factor, regardless of whether those who talk about him like him or not and who has helped stabilise South Africa’s revolving door of finance ministers — five in the past three years, or seven since Trevor Manuel stepped down in 2009 after some 13 years at the helm of the portfolio.

At the recent Black Securities and Investment Professionals Conference, Mboweni said he was “bullied” into the finance minister’s post, according to EyeWitnessNews:

“So that’s how I ended up in this position; bullied, bullied to submission. And I was very grumpy about it. So, I go to Cape Town, then I had to sign an oath of office, so once I’ve done that I thought, ‘Well, the train has left the station now, let’s stop with the grumpiness and start working’.”