Will the land ever be returned, and dignity restored? 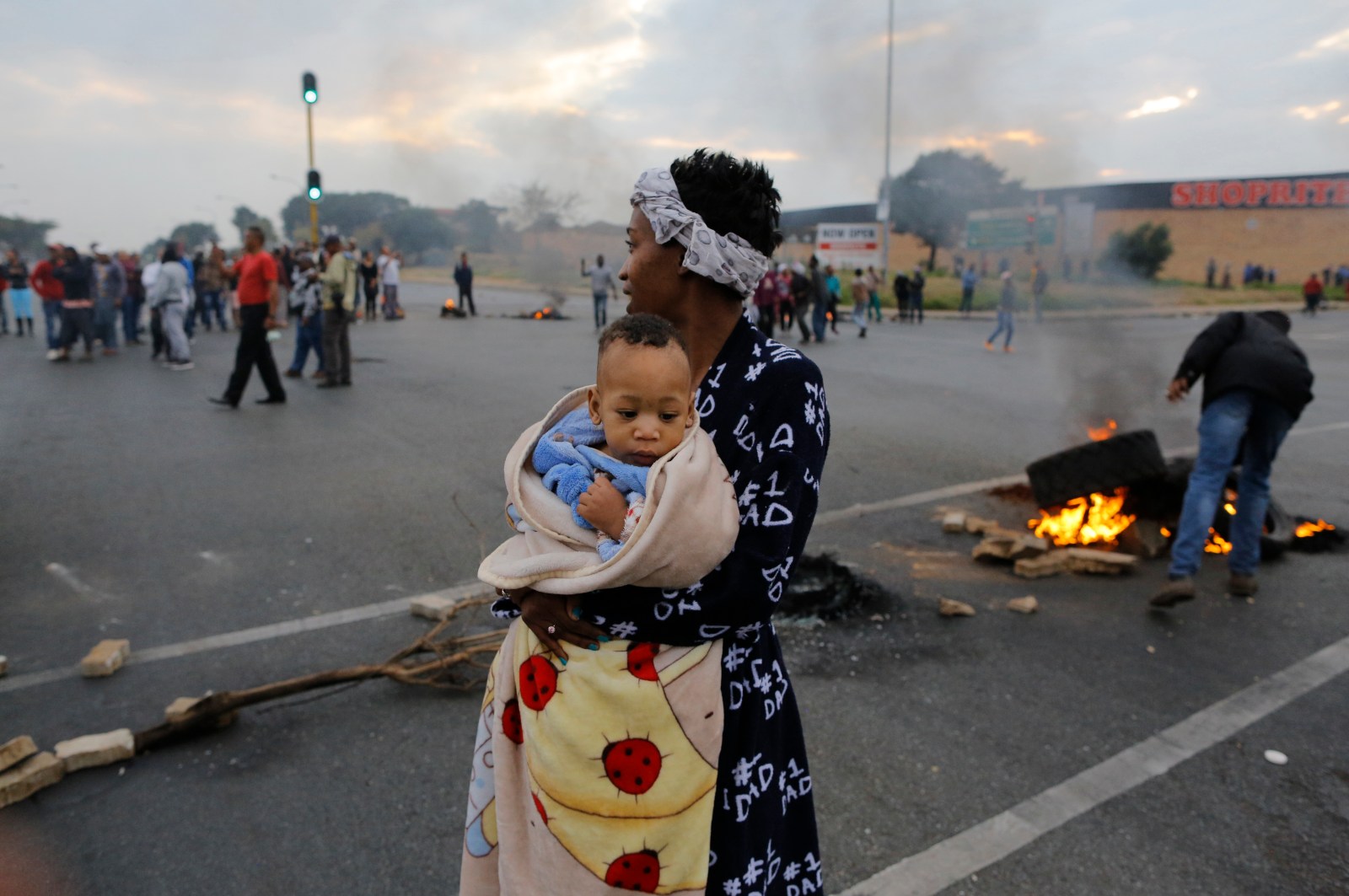 Protestors close a major road during an early morning violent protest in Eldorado Park, Johannesburg, South Africa, 08 May 2017. The local community took to the streets blocking the major N1 and N12 roads as they protest to stress their claims of a lack of housing and land for their community. EPA/KIM LUDBROOK

This is the final article in a series on Khoi-San identity, published during Heritage Month.

“Look, Tony! They’ve put up a wall – it’s beautiful,” my grandmother says, dragging her words to match the slow pace of the car as we pass by our old family home near Sophiatown, Johannesburg.

I have never seen the inside of this house; in fact, my father wasn’t even born when the apartheid government moved my family to a nearby “coloured” township. But, we have driven past on countless occasion; each time, my grandmother marveling at every renovation and paint job, as if its current owners were simply minding it for her.

The mass dispossession of land experienced by my community during the implementation of the Group Areas Act in 1959 – which saw the formalisation of racially segregated ghettos in South Africa – was certainly not the first, nor would it be the last.

The Bleek-Lloyd Archive entered into Unesco’s Memory of the World Register documents, through extensive personal accounts, the violent forced migration of so-called Khoi-San people into the country’s western interior long before the arrival of colonial powers.

Award-winning anti-apartheid journalist Sylvia Vollenhoven notes, from her study of the 12,000-page journal, an era in which “settlers and other Africans were intent on the compete destruction of (these) people; they were driven off their land, their languages were banned and they were enslaved”.

This is by no means an exaggeration. When the Khoikhoi and San retaliated against Dutch settlement at the Cape of Good Hope in 1652, they were declared vermin and systematically hunted down by invaders, who were given strict orders to shoot them dead on sight.

“In 1660 at a conference in the Netherlands, Jan van Riebeeck submitted a report, stating that these people (Khoi-San) came and claimed their land,” former Minister of Rural Development and Land Reform Gugile Nkwinti acknowledged in a recent public statement, to contextualise the communities’ drawn-out struggle for their ancestral land.

My community’s history is a painful one, akin to that of many other first peoples taken captive within their borders. And, just like the histories of other indigenous populations globally, has been manipulated to serve those lusting for control of the land and its natural riches.

One such account, a familiar, outdated narrative, in which local chiefs surrendered land to colonists in exchange for alcohol, re-emerged in public discourse as debates around land reform raged in our Parliament. This myth, once the cornerstone of colonial expansion, continues to damn my community into chronic marginalisation.

Last year, our courts ruled against arbitrary farm evictions without alternative shelter in order to end an age-old practice of leaving farm workers who are unfit for work displaced – predominantly pensioners who have spent all of their lives working the fields, and those left disabled by work-related accidents.

Not even a month had passed after the hearing when the South African Human Rights Commission reported a spike in illegal evictions in Western Cape, a so-called coloured stronghold. Over a hundred people were expelled from land they’ve spent their entire lives tilling, forced into shacks in nearby shantytowns like their ancestors.

The monumental parliamentary vote in favour of amending our Constitution to allow government expropriation of land without compensation may be just the answer to restoring dignity to a community pushed to the margins for over 300 years.

“We are saying people who are landless but who work the land must own it,” said the ruling party’s economic transformation head, Enoch Godongwana, after President Cyril Ramaphosa announced the motion in Parliament earlier this year.

As it stands, our Constitution blocks indigenous people from the current land reform programme because of a 1913 cut-off date – the year that the Land Act was adopted. This prevents restoration of any land stolen before then: land belonging to the Khiokhio and San, some of the most valuable land in South Africa.

Consequently, their descendants are condemned to the mould-ridden walls of the same rotting public housing, in drug-infested neighborhoods, designed by the apartheid government to disenfranchise them.

Apartheid members of Parliament would pump narcotics into coloured neighborhoods by smuggling them in the undercarriage of delivery vehicles, writes Dr Don Pinnock in his 2016 book documenting gang culture in Cape Town, Western Cape.

The honorary research associate at the Centre of Criminology at the University of Cape Town’s reflection on the city’s deep class divide perfectly captures the extent of which the community has been ostracised:

“Foreigners lounging on palm-lined Camps Bay beach gazing at the steep mountains framed by gossamer clouds would find it hard to imagine that shoot-outs, drug wars and human trafficking were taking place a few kilometres from where they sit.”

Their main grievance: systematic blockages to adequate housing and the land to build it on.

Residents fed up with illegal land grabs on adjacent government-owned plots, which were promised to them during election campaigning, believed that the failure of our government to protect their interests placed the community in a crippling choke hold.

“Former politically-radical coloureds feel betrayed by the (ruling party) for not acknowledging their plight and essentially maintaining them within a marginalised and intermediate space of ambiguity.”

The numbers support the communities’ cries; the 2017 SA Poverty Trends Report reflects an accelerated rate of poverty within coloured communities as compared to other race groups, having experienced a 4.2 increase in percentage points matched to the 1.8 increase experienced by other African populations.

The South African Human Rights Commission recently released its findings from a national series of hearings to gauge the human right situation faced by South Africa’s first people. It found in conclusion that:

“…although (Khoikhoi and San) form only a small portion of the poor in the country, their dire situation is exacerbated by multiple factors including a pervasive negative stigma, social exclusion, a declining culture, a lack of official recognition by the state, and a muted political voice.”

The commission stated that access to land was of paramount importance to indigenous peoples, as the historic and ongoing dispossession of land removed their means of sustenance, giving rise to impoverishment.

South Africa stands a turning point where it can truly address the injustices of the past.

Our government’s decision to give our country’s most vulnerable communities a stake in the land that they have lost, but continued to service, will afford them greater protection from exploitation and a legacy to lift future generations out of poverty. But, most importantly, it will begin to restore the dignity they were stripped of.

In due time, they won’t have to look out car windows, marvelling at land that was once theirs. DM