Rassie Erasmus and the great Springbok mystery of 2018

Rassie Erasmus and the great Springbok mystery of 2018 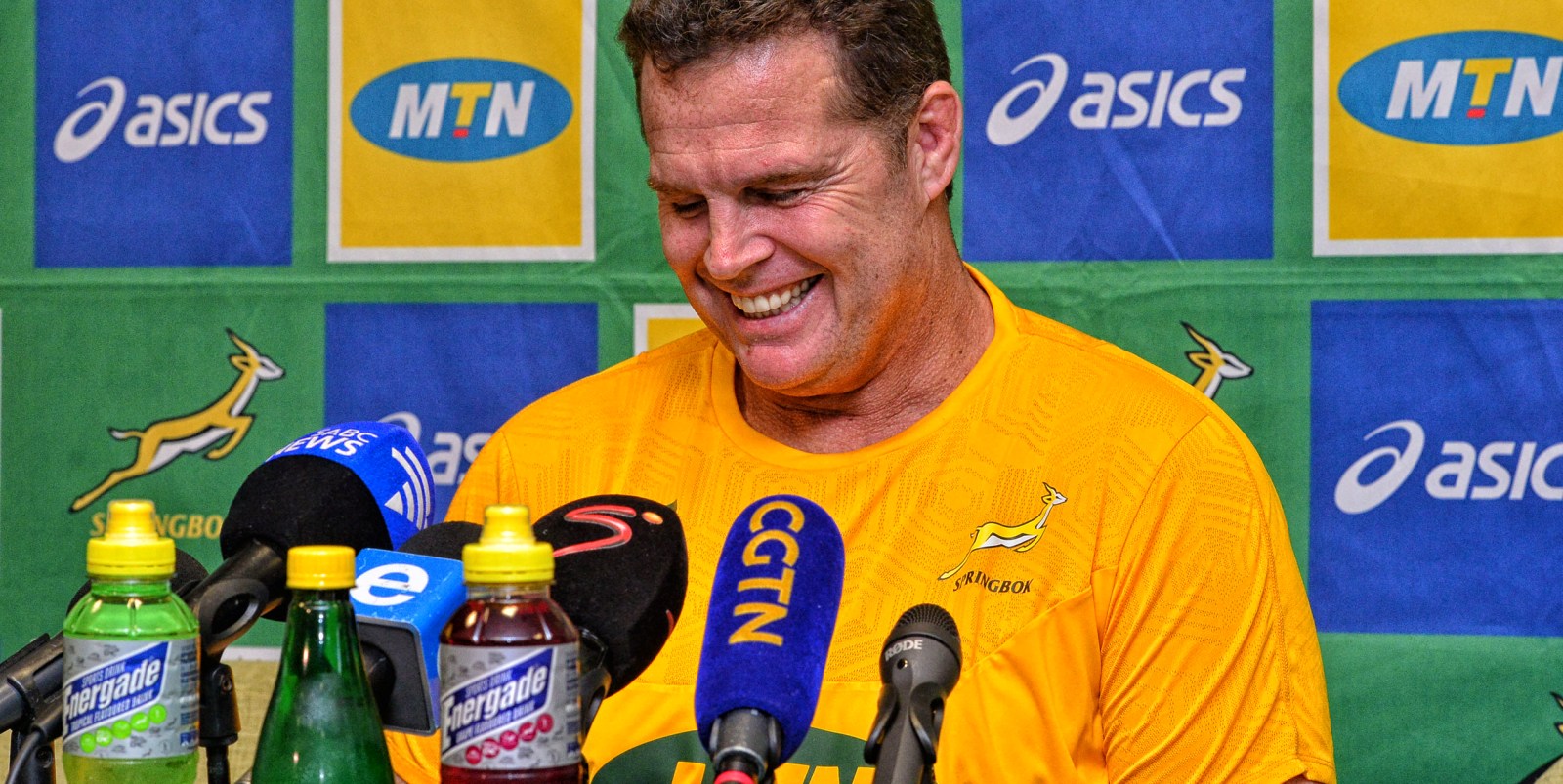 The Springboks have been swinging wildly from being awful, to decent, to worse than awful and now to beating the best team in the world on their home ground. Call it luck. Call it skill. But somebody please solve the mystery.

When Rassie Erasmus took over as Springbok coach or “Director of Rugby” or whatever the chosen designation is, the general feeling was that things couldn’t get any worse.

Then the frivolous indulgence of a Test against Wales, in Washington of all places, curbed the enthusiasm. The Boks lost.

Amid widespread trepidation things changed when they played England. A series in the bag and, whisper it, even some modestly silky skills making an appearance, it looked as if Erasmus might have helped the team turn a corner.

And then it all went awry again. The Boks lost the final Test against England and looked out of sorts in the Rugby Championship. The honeymoon, if there ever had been one, was cut short.

But over the weekend something astounding happened. South Africa beat New Zealand. In New Zealand. It was a colossal effort, so unexpected that even the chair of the sport committee at Parliament felt the need to send a (badly worded) congratulations at 10:30 on a Saturday evening.

“The Springbok (sic) beat New Zealand in an away fixture of the championships earlier on Saturday”, the notice read.

Those familiar with “choose your own adventure” books might be wondering who is turning the pages for this whirlwind era of South African rugby.

How is it possible that they went from those silky skills against England to getting nothing right against Argentina and suddenly beating the world champions?

It’s the great Springbok mystery of 2018. The inconsistencies are baffling. But read between the lines and the picture begins to shift into focus.

After the weekend’s win, Erasmus made no bones about the fact that the Test against the All Blacks was always going to be to the “target” to prove that the turnaround had started. All coaches know the value of a New Zealand scalp.

Erasmus is a wily old fox with impeccable standards. There has been constant disruption to his plans, but he’s never made any excuses.

In the lead-up to the Test in Wellington he said that losing would put his job at risk. Mind games? Maybe.

Let’s consider the context for a second. The All Blacks don’t lose, especially not in competitions. A defeat to the best team in the world wouldn’t be unusual for anyone. But Erasmus is not anyone.

He values excellence above all else and despite being cut from an old-school cloth, subscribes to high-performance principles which have long been lacking in top-level South African rugby. Short as his time at Munster was, there’s no doubt what he learned there is being applied to the Boks.

So, when the Boks pulled off what seemed to be the impossible and beat New Zealand over the weekend, you’d think he’d have been overcome. But no, calm as ever, he opened his post-match press conference by saying the team got a bit lucky.

While he has a point, it’s hard to imagine his flailing predecessors would have delivered a dose of realism so quickly.

But the line between luck and skill is razor thin and the definition of the former is critical. Luck comes into play when there is reasonable belief that something else might have happened.

Beauden Barrett having a better night with the boot? All Blacks going for the drop kick at the end, as Steve Hansen thought they should have? New Zealand winning?

Within those parameters, it was lucky. But consider for a second that the Springboks spent the better part of the dying minutes with a man down after Willie le Roux was sent marching to the sin bin. Wave after wave of attack was curbed. Skill or luck?

Erasmus and his merry band of brothers have laid down a marker. They have shown what they are capable of, even under enormous pressure. Their next fixtures against Australia and New Zealand on home soil are a chance to prove that luck, combined with skills, makes for a potent cocktail. And maybe the great mystery will be solved, for this year anyway. DM