The land reform show — now on at Parliament 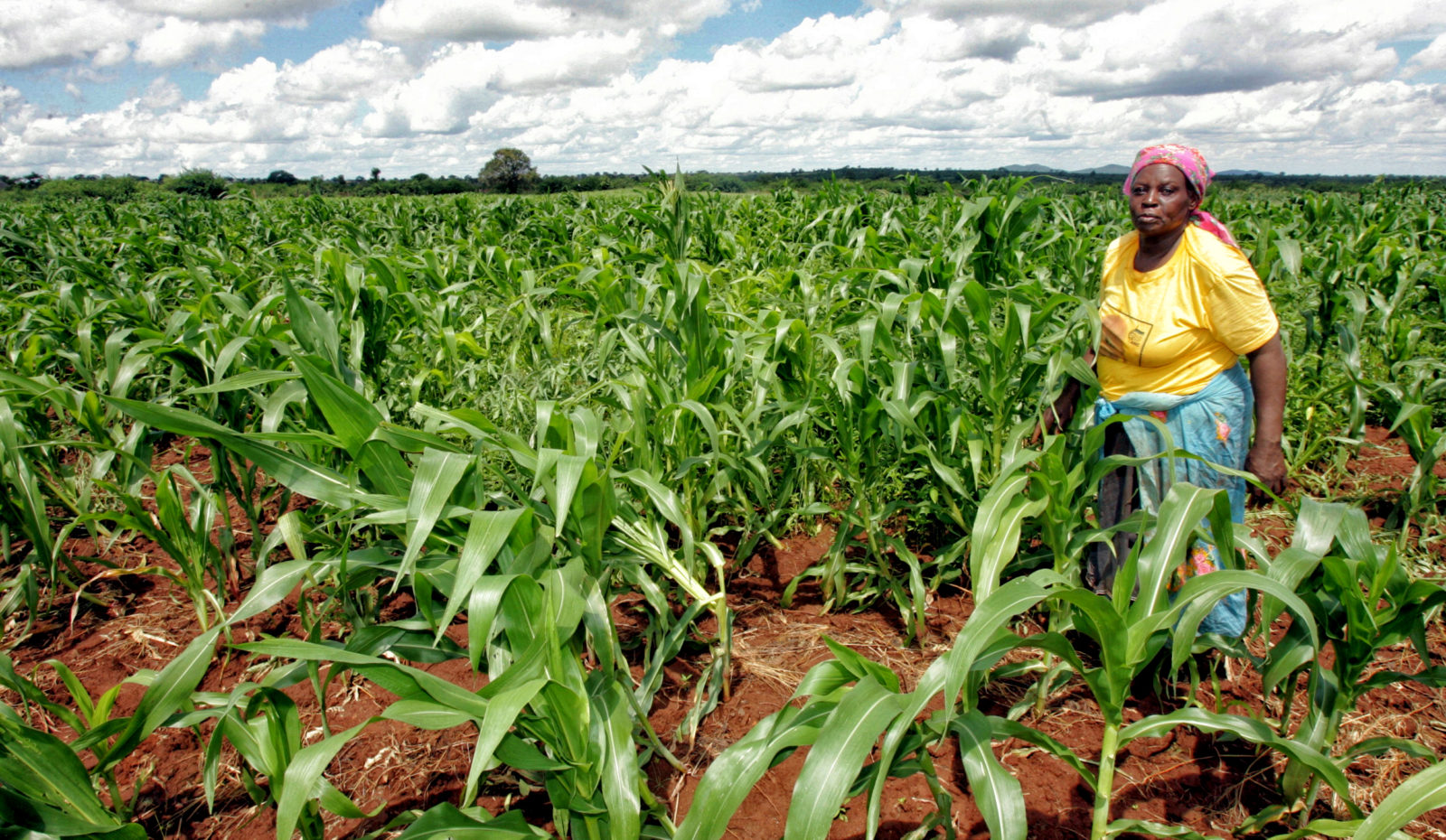 Expropriation without compensation is a red herring, not a solution to land reform — and the Constitution doesn’t need amending as it is a powerful enabling instrument, even if successive governments had chosen not to use it. That’s the long and short of Day One of public hearings from academics and organisations representing agriculture, rural communities and workers, who had all made written submissions to Parliament. It’s not what emerged in the countrywide public hearings. What unfolded on Tuesday was a carefully choreographed political performance in several acts.

Constitutional review committee co-chairperson Vincent Smith was nowhere in sight at starting time. It soon emerged he’d taken time out — and also offered to step down from all the committee chairpersons positions he holds –three at the last count — until parliamentary ethics and ANC integrity committee proceedings are completed.

Smith, in a public statement, confirmed receiving R615,000 as a “personal loan… repayable by me” in 2015 and 2016 for his daughter’s university education from Angelo Agrizzi, then chief operating officer at facilities management group Bosasa, which which had been involved in correctional services contracts.

“I deny any further assistance, financial or otherwise,” said Smith in reference to weekend reports in City Press that he also had CCTV systems installed at his home and received a monthly stipend.

The ANC in Parliament welcomed Smith’s offer to step down, but that would have to be discussed at Wednesday’s political committee meeting.

“We will therefore respond to his undertaking to step aside pending the decision of that meeting,” said ANC chief whip Jackson Mthembu’s office.

But in Parliament proceedings must go on. And so began four days of public hearings, with Smith’s co-chairperson Lewis Nzimande steering the proceedings.

The scene was set by pointing out that there could be nothing more than perhaps questions for clarity from presenters, not debates. These public hearings, based on previous written submissions that in a previous committee meeting were slated as from “elites with access to internet” and not representative, needed to get the same treatment as the countrywide public hearings.

It didn’t quite work out that way, as after EFF MP Tebogo Mokwele sharply criticised trade union federation Cosatu for being represented by a white man when it came to land matters.

It’s a continuation of the EFF race identity politicking that publicly started in June at a meeting of the finance committee, where the party’s chief whip Floyd Shivambu questioned the presence of National Treasury deputy director-general Ismail Momoniat as undermining African leadership.

Cosatu parliamentary liaison Matthew Parks took this in his stride, pointing out that the trade union federation which had employed him has white members — and that the EFF “confuses rudeness with militancy”. And while ANC MPs remained silent, Parks set out the agreed position of the governing party’s December 2017 national conference: the consideration of expropriation without compensation as one of the instruments of accelerated land reform, with a particular view to first deal with land that is owned by the state, that is abandoned, highly indebted and held for speculative purposes.

Parks later told Daily Maverick that the EFF had to realise “laws needed details, not slogans” — and that is what his job as Cosatu parliamentary liaison entails.

But the EFF intervention in Cosatu’s presentation followed critical questions to all other eight presenters. Or as Shivambu put when he breezed into the committee meeting for a few minutes from another committee:

“Let’s accept there’ll be liberal submissions from UCT. Our people have spoken. We’ll not be confused…”

The University of Cape Town’s Land and Accountability Research Centre had just presented arguments why it was not necessary to amend the Constitution for land reform. Focusing on a constitutional amendment failed to deal with the root problems that have prevented land reform, said research officer Zenande Booi, with specific reference to tenure security in communal lands:

“The current processes have failed. We have not implemented the laws we have and do not have the laws for what we need”.

It is a similar argument made a little later by Professor Ruth Hall from the Institute for Poverty, Land and Agrarian Studies at the University of the Western Cape. Section 25 was “a mandate for transformation”, and its provisions already allowed expropriation without compensation on a case-by-case approach because of its just and equitable provisions. There was nothing that prevented government using expropriation to break a deadlock in land reform.

Saying land reform had been a “massive failure” by government, Hall argued the focus should not be on a constitutional amendment, but holistically on restitution, redistribution and tenure security.

There’s careful political backstage management, and the toenadering between the ANC and EFF is a key in the parliamentary two-step between what is described as the voice of the people, the countywide public hearings, and the elite with access to the internet, shorthand for this week’s hearings at Parliament of a selection from those who made written submissions.

The EFF over six weeks at 34 public hearings in all nine provinces successfully mobilised its members to present the case for compensationless expropriation and the nationalisation of all land. It is a move that, again, stole the march on the governing ANC.

In turn the ANC, in a bizarre move that saw party president Cyril Ramaphosa address the nation, a function traditionally reserved for heads of state, to announce that the just-completed ANC lekgotla had decided to support a constitutional amendment for expropriation without compensation.

Grassroots support for compensationless expropriation as redress to lingering inequality and injustice had emerged strongly at these countrywide public hearings.

Already last month, the political dynamics emerged to dismiss numbers. The outsourced company, argued EFF leader Julius Malema, was setting up MPs with a particular narrative. “The written submissions are not a true reflection of the will of our people (at the countrywide public hearings),” Malema said, and no-one disagreed.

Against this political two-step, no-one who spoke at Tuesday’s public hearings did not dispute the failure of land reform, restitution, redistribution and tenure security in communal land, nor that flailing land reform left countless South Africans landless.

What was different was how to address this, with academics focusing on policy reformulation and legislation because, as it was argued, even if the Constitution was amended, laws would still be needed for the implementation.

The opening act, Agbiz and GrainSA, shone a spotlight on the financial implications. With some R197-billion in Land Bank loans to farmers, two-thirds with land as collateral, said Agbiz, arguing that instead of expropriation there should be closer public-private partnerships, venture financing and other money-focused initiatives.

GrainSA agreed. One of the biggest obstacles to the emergence of black commercial farming was the lack of access to financing, because emerging farmers were not given title deeds to their land under the present policy and legislative dispensation.

Some 10,000 emerging black farmers fall under the GrainSA umbrella. But these famers were able to plant only about 30% of the land they have access to because of a lack of funding, said GrainSA CEO Jannie de Villiers.

For Ramodisa Monaisa, from near Mahikeng in the North West, lack of access to finance is real. Coming from parents and grandparents who farmed their own land, he told Daily Maverick, he joined the family farm after completing matric. But getting land had been a challenge. The present programme by which government bought land on behalf of beneficiaries who then leased it, meant there was no ownership proof such as a title deed — and that meant no access to finance.

“You (government) give us land and then render us useless… Help us? Let us have resources. I want to make this happen. Let’s try help black farmers.” DM

The Scientists Collective* • 23 mins ago