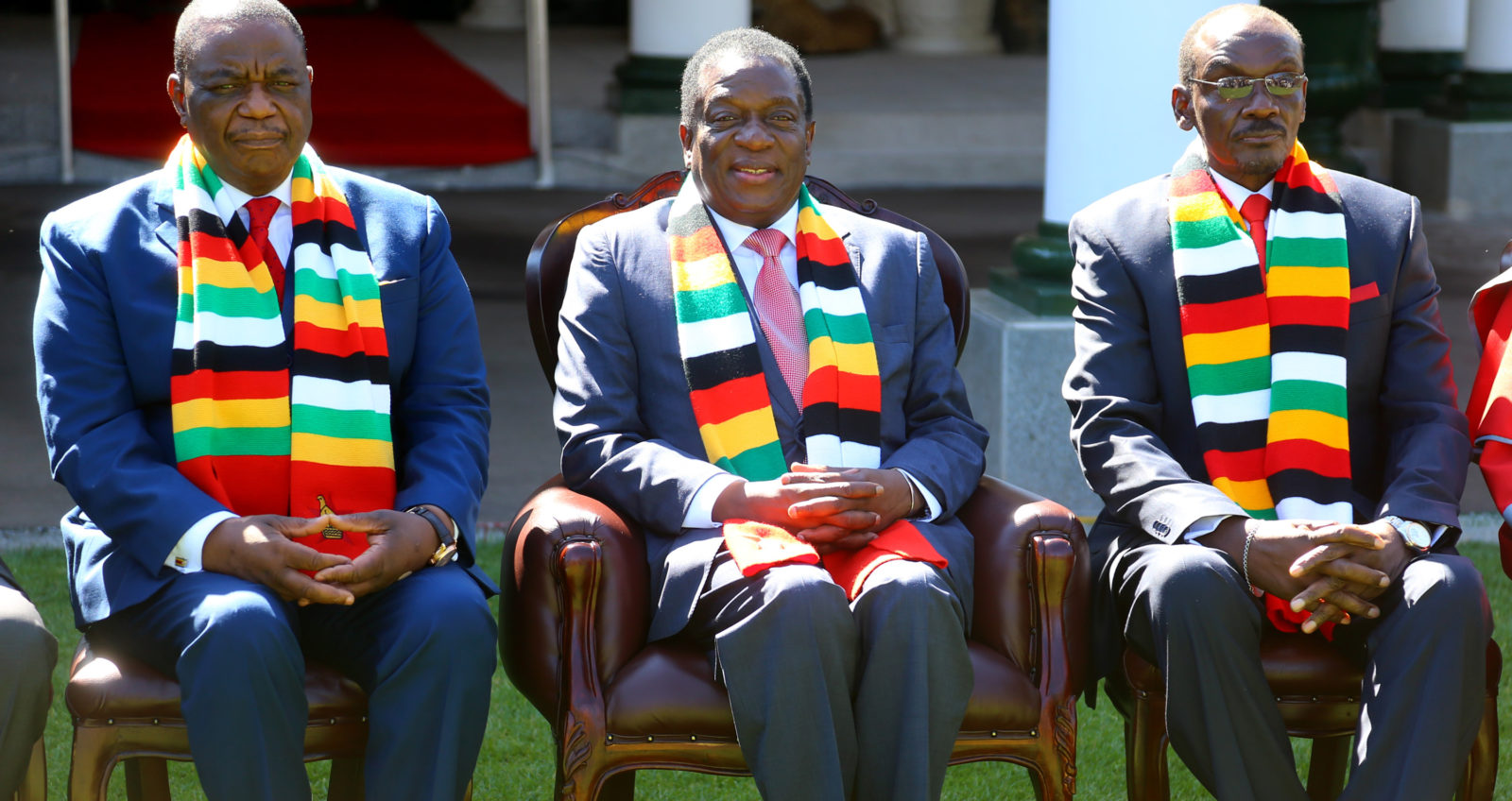 No matter what level of debt relief Zimbabwe ultimately receives, it will represent an important landmark in the financial and economic reawakening of the country.

A critical first step towards the promised economic awakening of Zimbabwe will be comprehensive debt relief. President Emmerson Mnangagwa and his new government will need urgently to complete the technical analysis of Zimbabwe’s debt situation and assess the country’s long-term debt sustainability. This analysis must be followed quickly by policy actions to unlock commitments from the international community.

Zimbabwe has been frozen in time, still burdened by its legacy debt dating to the 1980s. When many of its peers were receiving unprecedented support from the international community in the early 90s, Zimbabwe was left in limbo. The International Monetary Fund and World Bank avoided a definitive decision on Zimbabwe’s eligibility for debt relief under the Heavily Indebted Poor Countries Initiative, or HIPC as it is better known.

With public and publicly guaranteed external debt at close to 50% of GDP as at the end of 2016, of which 70% was in arrears, Zimbabwe is clearly in debt distress. However, in order to benefit from the HIPC Initiative today – which would take into account multilateral, official bilateral and private external debt – Zimbabwe must manoeuvre through some important obstacles. The IMF and World Bank, who are the guardians of the HIPC Initiative, would need to re-open the HIPC eligibility requirements and make a positive finding of Zimbabwe’s eligibility and qualification for such relief.

Furthermore, the international financial actors would need to come together to finance Zimbabwe’s HIPC debt relief. In order to receive full and irrevocable debt reduction available under the HIPC Initiative, Zimbabwe would, inter alia, need to establish a track record of good performance under economic adjustment programmes supported by the IMF and the World Bank.

If qualification to HIPC is unsuccessful, Zimbabwe would have other options to address its debt problem. For example, the international community may be willing to create a sui generis international debt relief approach for Zimbabwe. Alternatively, an ad hoc debt restructuring could be orchestrated through the Paris Club, as was done for Iraq 2004 and Myanmar in 2013, at least with respect to official bilateral and private external debt.

No matter what level of debt relief Zimbabwe ultimately receives, it will represent an important landmark in the financial and economic reawakening of the country. From there, Zimbabwe would be able to leverage its resources to access the efficient financing needed to meet its economic and development objectives.

Paradoxically, the failure to receive debt relief 15 years ago might be to Zimbabwe’s ultimate advantage as it allows Zimbabwe to avoid the pitfalls experienced by other HIPC countries. Many countries in the region, having removed from their sovereign balance sheets substantial bilateral and multilateral debt (and in some cases private sector debt as well), were able to market themselves successfully to international financiers and investors. Awash with cash, fund managers hungered for a new asset class. Sub-Saharan Africa proved relatively uncorrelated with other markets and provided a handsome yield.

And on the side of government lenders, new creditors also increased their exposures, in some instances on non-transparent terms. Easy access to capital, coupled with the region’s unmet demand for financing infrastructure and other development needs, led to a rapid re-accumulation of debt. The IMF cautioned in its Regional Economic Outlook for Sub-Saharan Africa, 2018, that 40% of low-income countries in the region are either in debt distress or at high risk of being in debt distress. Less than two decades following HIPC relief, we have witnessed sovereign debt defaults, including in Mozambique, Republic of the Congo and Chad.

Given Zimbabwe’s many distinctions, the long-term prospects of the country are positive. In order to meet these prospects, we encourage decisive action within Zimbabwe and the international community to overcome the legacy debt issues and to support Zimbabwe’s path to sustainable growth and development. DM

Professor Mthuli Ncube is a financial, economics, investment, and public policy expert. He has vast experience and worked in the private sector, public sector, academia, and international financial institutions. He is a citizen of Zimbabwe. He is the Former Vice President and Chief Economist, African Development Bank. Prof Ncube is a Board Member of the Official Monetary and Financial Institutions Forum (OMFIF) based in London, and with offices in US and Asia. OMFIF provides support and advisory services to Central Banks around the world and pension funds and other investors on monetary policy, macro-policy, investments and financial markets.