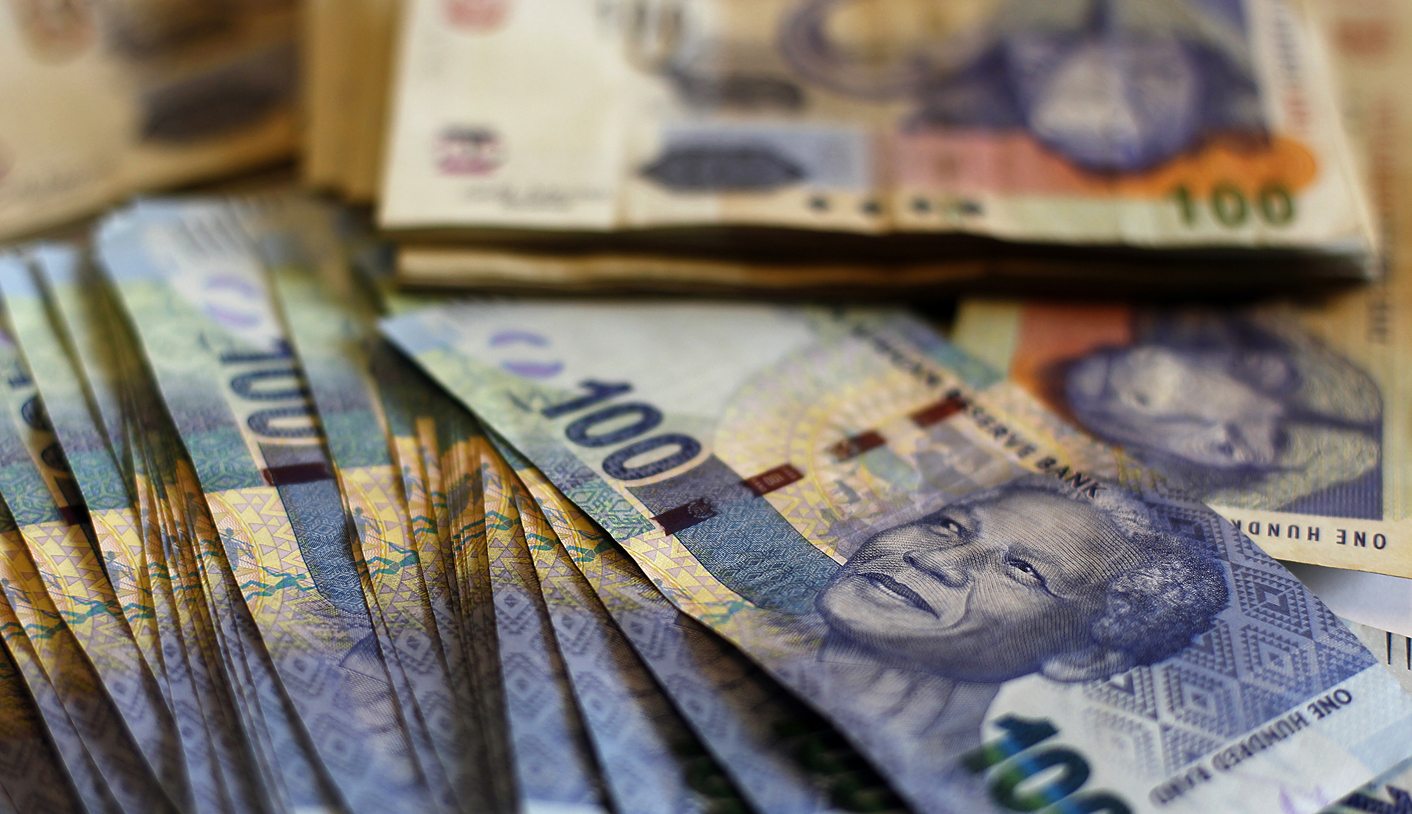 The Export Credit Insurance Corporation of South Africa uses public funds for international projects it chooses to invest in. Right now, the agency is considering lending a part of $14-billion needed by US energy company Anadarko for a giant liquefied natural gas project in Mozambique.

Ask any South African on the street if they have heard about the national export credit agency, and most will probably be stumped. Few South Africans know that our export credit agency, the Export Credit Insurance Corporation of South Africa is a state entity that uses massive public funds for international projects it chooses to invest in. And right now, the agency is strongly considering lending a part of US$14-billion needed by US energy company Anadarko to develop liquefied natural gas (LNG) in northern Mozambique.

Export credit agencies, commonly known as ECAs, are state agencies that provide government-backed loans, guarantees, credit and insurance to private businesses from their home country. Their official objective is to make it easier for local corporations to do business abroad, especially in countries that are politically and financially unstable. Many countries have at least one ECA.

On the websites of most ECAs are lists of the projects they are considering supporting. This means that the public, including activists and civil society organisations, has the opportunity to provide input, and this does happen, particularly in Italy, the US, France and the Netherlands.

Export Credit Insurance Corporation of South Africa, however, does not make this information public. The reason, according to chief operating officer Mandisi Nkuhlu, is that they are not bound by the transparency guidelines of the OECD (Organisation for Economic Co-operation and Development), which recommends that policies on information exchange and disclosure “be aligned with the requirements of the human rights to access to information and to participation”.

Instead, Export Credit Insurance Corporation of South Africa makes supported projects public only once they have already provided them with credit. Most of the projects supported by the agency are in construction, mining, transport and military contracts.

The fact that the public does not know whom Export Credit Insurance Corporation of South Africa is planning on funding and how they make their decisions means that it has no input into the types of projects for which public money will be providing credit insurance.

ECAs have a history of funding projects that are sometimes corrupt, violate human and environmental rights, and are financially and ethically questionable.

Just this year, The Walrus reported that the Canadian ECA, Export Development Canada, had financed $41-million of a $52-million jet sold by Canadian company Bombardier to the notorious Gupta family, who have been deeply embroiled in state capture and systemic corruption in South Africa. The Canadian agency lent the Guptas $41-million to purchase a Canadian product from a company that was struggling financially.

Right now, Export Credit Insurance Corporation of South Africa is considering supporting Anadarko, which is searching for $14-billion to get the Mozambique LNG Project off the ground. There are four ECAs showing interest in providing them with credit for $12-billion of that amount –Italy (SACE), Japan (JBIC), China (C-EXIM), the US (US EXIM) and South Africa.

At least 100 trillion cubic feet of LNG was discovered in the Rovuma Basin, off the coast of Northern Mozambique. This is where the Mozambique LNG Project is based, in a concession area called Area 1. Concession Area 4 is the base of the Coral Floating LNG project, of which Standard Bank and its 20% shareholder, the Industrial and Commercial Bank of China are the biggest funders, providing credit of $8-billion, as published on the Standard Bank website.

For local communities and the environment of the region around the gas construction and operations, both on land and offshore, the project will be disastrous. After visiting some of the communities that will be most affected, Malomba, Quitupu, Senga, and the town of Palma, we have seen the impacts already happening. The gas development is leaving entire communities landless, with no livelihood, and insufficient resettlement and compensation, if any.

Many miles of pristine beaches will be irreversibly destroyed. Unique ecosystems such as mangroves and endangered species of sea life and ocean flora will be put at great risk of complete destruction. The area of operation is very near to the Quirimbas National Park, which is in the process of being designated as a Unesco World Biosphere Reserve.

The area has become highly militarised, and the industry has been linked to recent horrific terrorist attacks on surrounding communities. Police meet dissent from communities with threats of violence. There is no assurance of any future benefit for the local people –neither Mozambican law nor the state’s contract with Anadarko require that locals benefit from the gas projects.

According to this assessment, there will be “major” negative environmental and social impacts during the construction and operational phases.

For example, the project will increase the whole of Mozambique’s greenhouse gas emissions from 0.4% up to 10% per year. “[G]iven the scale and nature of the project… the overall significance of the impact is not expected to significantly change post-mitigation.”

There will be a loss of wetlands and estuaries and major effects on coral and sea flora and fauna.

Furthermore, there will be mass displacement even after their resettlement plan.

“Everyone residing in the Afungi Project Site will be permanently displaced, resulting in loss of dwellings and infrastructure associated with the household, livelihood activities and community assets… Access to collective natural areas (forests, wooded grassland, floodplains/lowlands, dune shrub vegetation, fruit trees, and coconut plantations) will be permanently lost due to the acquisition of land required for the project.”

Exclusion zones around the facilities will displace fisher-people and no mitigation measures have been identified.

The environmental assessment also says that community health is likely to take a huge hit because of diseases that migrant workers will bring in, including sexually transmitted infections. The project will put a strain on the current health facilities not only because of a large number of people moving in, but also because of the high rates of injuries and accidents, and illness from the waste and contaminated water and soil.

In July, Justica Ambiental, a Mozambican NGO that also operates as Friends of the Earth Mozambique, along with partner organisations from different countries, sent a detailed letter to the Export Credit Insurance Corporation of South Africa on why they should not invest in the Mozambique LNG Project. The letter was signed by 34 organisations and was sent along with questions. They followed up with further questions this month. They asked if Export Credit Insurance Corporation of South Africa was aware of the Anardarko impact assessment, if they were aware of Anadarko’s bad reputation as violating human and environmental rights, how much money they were planning on investing, and who the stakeholders are that they engage with. They received no response to this question.

Nkuhlu responded that in 2017, the Export Credit Insurance Corporation of South Africa conducted a field visit to Cabo Delgado to undertake an initial review of how the project would impact communities and the environment. Here they engaged with Mozambique LNG(the collective name for the project’s seven sponsor corporations, led by Anadarko)and studied their resettlement plan, the district administrator and governor of Palma, and affected communities along with their leaders, including the village of Senga, the village where the people who will be removed will be relocated to.

He pointed out that one of the shareholders of the project company is the Mozambican state-owned energy company Empresa Nacional de Hidrocarbonetos(ENH), and the Mozambican government, through ENH and in its own capacity has oversight and influence on the management of environmental and social issues.

“We would like to advise,” said Nkuhlu, “that our assessment of the project, including the environmental and social issues is ongoing. A follow-up site visit is planned to engage further with the project and the affected communities, to discuss the environmental and social issues broadly including stakeholder engagement and issues relating to the implementation of the Resettlement Action Plan.”

WhileExport Credit Insurance Corporation of South Africa seems to be working proactively at engaging with certain stakeholders, there are several problems in their approach. The Mozambican government is known for enabling resource exploitation with no benefit to local communities, and the notorious opacity around government employees holding shares in private companies creates a conflict of interest.

Engagement with communities while local leaders are present is often an unsafe space for locals to air their true views. Daniel Ribeiro of Justica Ambiental/FOE Mozambique explains that when NGOs and activists visit the communities, the process is not straightforward.

“It is difficult to get real information when governing structures are around,” he says. “There are links between the company and leadership figures. People are worried about being critical because the compensation process is still taking place, and those that raise their voices often have problems with compensation. There have been cases where community leaders have stopped meetings when controversial issues came up. This makes it very difficult for a proper assessment if you are going through formal structures.”

The fact remains –the South African public has no idea about the projects that our funds, potentially in the billions of dollars, are being used for. Furthermore, Export Credit Insurance Corporation of South Africa, which is spending this money, does not give us any information about their potential projects before they agree to support them.

While the projects are meant to bring benefit to the South African people, we won’t know if this actually happens, or if it puts us at risk by, for example, repeating our experience with stranded assets. We have nothing to measure this alleged benefit against, because we didn’t know the projects were happening in the first place. DM

Ilham Rawoot is a freelance researcher and writer. Her focus is investigating human rights and environmental violations by transnational corporations in Southern Africa. She has written for the Mail and Guardian, Al Jazeera and City Press, and now works mostly with activist organisations from around the world fighting corporate impunity and dirty energy.