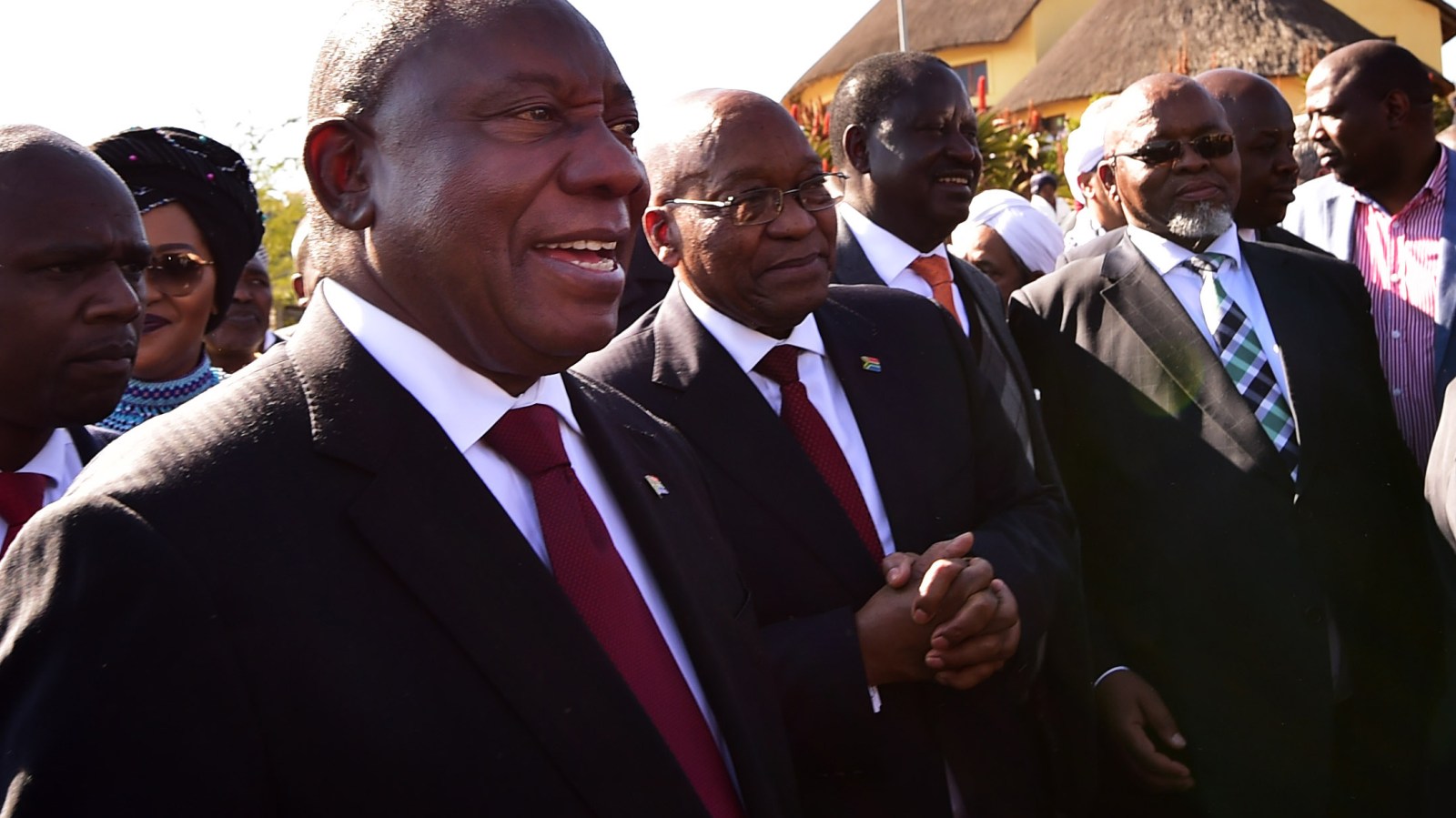 President Cyril Ramaphosa and former president Jacob Zuma hand over bicycles to learners at The Royal House of Mandela, Mvezo Komkhulu in the Eastern Cape. 18/07/2018

As the push to change the Constitution to allow land to be expropriated without compensation gathers pace, it would be appropriate to start a conversation about what happens the day after that amendment is passed (if it ever is). While it certainly appears at the moment that there are more people in South Africa who want this amendment than don’t, there is likely to be broad disagreement on how the expropriated land is then dealt with, in other words, who will actually get it, and in which way.

Who will get the land, and how? There are many elements to this question, and many ways in which it could go. But none of the solutions to this particular question are likely to be simple, and many people could still end up very frustrated at the end of it all.

Over a year ago, in this publication, a question was posed about what the aim is of land expropriation. Would it be to grow the economy, to make some kind of proper restitution for the past, to grow a middle-class group of farmers, or to improve food production? Not all of these are mutually exclusive, but some hard decisions may have to be taken. Since then, there has been little detailed discussion about this. Instead, it has just been accepted that there should be two broad aims – to provide restitution for the past, while somehow growing the economy.

But there are several elements that must surely be discussed before this conversation goes much further. There may come a time at which an unavoidable decision has to be made: is expropriated land going to be given to people who lost that land during colonialism/apartheid, or will it be given to people who currently have nothing and thus will it be to help them and to possibly grow the economy?

It may be helpful to use a hypothetical example here. Imagine a piece of land in North West, near Mahikeng. The people who own that land now are a family who have farmed it for many years, but it is not considered productive now, as younger generations have moved to the city. Through whichever mechanism, the farm is expropriated. Near the farm is a group of people who have relatives who worked on the farm in the past, but who now all live in the worst situations our informal settlements create. They have nothing. To give them pieces of this land could be their ticket to a better future, they would finally have an asset that could be used how they like. Whether they live on it, farm on it, or sell it (or use it as collateral) to start a business, their lives would be improved.

But, living in an informal settlement in Chaiwelo, in Soweto, is a group of people who know that it was their grandparents and great-grandparents who were forcibly removed from this land. They also believe they should have a chance at owning this land, as it was theirs in the past.

How would this particular question be resolved? Would government simply give it to the people who were most deserving, those who had the least? Or would historical record give some people a better claim over others?

There are other complications that could emerge. What if a group of people who had a historical claim to a piece of land had managed, despite a system set against them, to join the middle classes and now had assets of their own. They might well have an important emotional attachment to a piece of land, some of the people removed forcibly from it might even still be alive. But would the fact that they have assets mean they are automatically disqualified? And if that were to be the case, would that not mean that in effect they have been punished for being successful in rising above apartheid? That hardly seems fair.

However, there could be a strong economic and moral case made that the primary aim of land reform/restitution should be to help the poorest of the poor first. They are the people with nothing, whom both the past and the present have kept stuck in poverty. Should helping those people not be the primary aim of a government that says it follows redistributive policies?

This is a question that will result in frustration no matter which way it is determined. People who have nothing and are clinging to the hope that this new policy could benefit them would feel betrayed once more were they not to benefit, while those richer than them did. Those who have resources but have a historical claim to land would surely feel betrayed as well. This could lead to a terribly difficult situation.

At the same time there is another thorny issue that may complicate matters further. If the aim is to provide land and title to as many people as possible, there will be conversations around doing this with the land that is currently administered by traditional leaders. They appear to control large parts of land in some of the poorest parts of the country. From an economic point of view, it would make sense to give people title to that land. But President Cyril Ramaphosa has already given Zulu King Goodwill Zwelithini an assurance that the land under the Ingonyama Trust will not be removed from his control. But what does that mean for the land administered by other traditional leaders? They would not be happy if they were treated differently than the Zulu king. Does this mean that land under the administration of traditional leaders is then permanently off limits in this process?

Within all of this, unfortunately, there appear to be very few examples in recent history in which other countries have been able to redistribute land on a large scale in a way that actually led to most people benefiting. The man who has been studying this issue for the ANC is national executive committee member Ronald Lamola.

He was asked on SAfm last week for examples of successful land redistribution. His first example was South Korea, and when pressed for another, he suggested that Taiwan had also been able to implement such a programme. The histories and presents of those countries are very different to the situation here. While this may not be an exhaustive list, the fact that very few historical examples of successful land redistribution have been mentioned in this entire debate (and none of them in which the state concerned was properly free and democratic at the time) may be a cause for concern for many people.

The problems that follow any decision to expropriate have no simple solutions. As a result, while amending the Constitution may be seen as a victory, that point may only be the starting point to another painful conversation.

In the end, the complications that arise out of this debate are to be expected. We have a difficult and contested history, in which they were few winners and many losers. There are no simple solutions. But we are also in a situation where something has to be done. Ramaphosa’s odd announcement last week is surely proof that the party, and he, are trying to recapture the debate they lost the control of. It will be difficult to regain it. DM