In the run-up to 2019 elections, Ramaphosa’s action options are severely limited 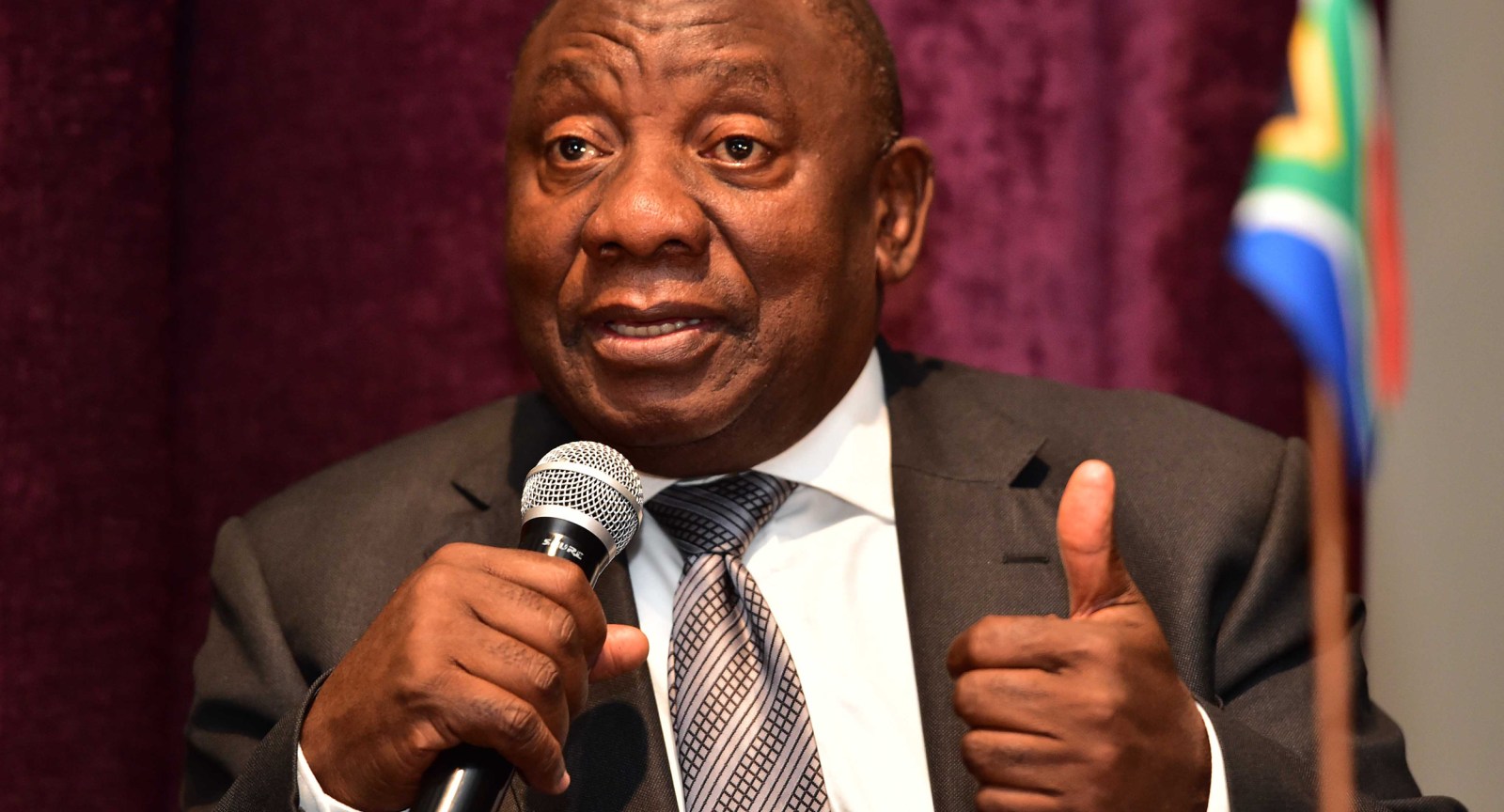 Over the weekend President Cyril Ramaphosa met with Zulu King Goodwill Zwelithini, publicly assuring him that government and the ANC had no interest in removing land that forms the Ingonyama Trust from his control. This has been widely seen as Ramaphosa “bending the knee” to Zwelithini. Considering that it comes in the context of a difficult and emotive debate about land expropriation without compensation, it is no surprise that Ramaphosa took the line of least resistance.

President Cyril Ramaphosa’s action, in assuring Zulu King Goodwill Zwelithini that government and the ANC had no interest in removing land that forms the Ingonyama Trust from his control, could be an indication that, despite his own personal wishes, the political terrain in which he is currently operating makes any meaningful reform impossible before the 2019 elections. This nationwide freeze could have implications for many sectors, and particularly for the economy.

Ramaphosa gave every appearance of rushing to KZN last week. Zwelithini had clearly raised temperatures with his holding of an Imbizo, at which speaker after speaker lambasted the findings of the Kgalema Motlanthe-led High Level Panel which suggested that the Ingonyama Trust’s land be removed from the king’s control. Zwelithini had held this Imbizo on the anniversary of an attack on the Ondini Palace of King Cetshwayo in 1879. This was surely not a coincidence; there are also plenty of other anniversaries that could be used to raise temperatures even further.

Political analyst Lukhona Mnguni suggested on SAfm on Monday morning that Ramaphosa’s first and most important job for the ANC is to win the 2019 elections, and it was in the interests of those polls that Ramaphosa caved so quickly. Politically, Mnguni is surely correct; the situation in KZN is a complete mess. The ANC in the province, which has been so unified while serving as Zuma’s personal political machine, has fallen apart. It was that machine that ensured that the ANC’s share of the national vote rose, while it fell in urban areas. With Zuma no longer president, a spanner has been thrown in the works.

It appears that a sort of Zulu nationalism is one of the major political forces now available for harnessing, or certainly some form of ethnic mobilisation. The swing votes which first went the way of the IFP (in 1994 and 1999) and then the way of the ANC (in 2009 and 2014) now appear to be up for grabs. At the same time, the situation in the KZN ANC is incredibly complicated, with two major factions still fighting for control of the internal provincial structures, making the party particularly vulnerable in that corner of the land. And while it is hard to immediately quantify the impact Zwelithini could have on an election, in that province, considering the ANC has no other national leaders from there, it is bound to be significant.

In the assurance process, Ramaphosa also threw former President Kgalema Motlanthe under the 2019 election bus. Motlanthe’s High-Level Panel announced the damning findings about the Ingonyama Trust. The Panel presented evidence that seemed to indicate that Zwelithini is being enriched by the current situation, and there is very little evidence of the Trust’s income being used to help the poor. At the same time, it is surely hard to argue that the Act which brought this arrangement into being is entirely legitimate itself. This is because it was one of the last Acts passed by the apartheid Parliament, at a time when the IFP was threatening not to take part in the 1994 elections.

A particularly painful problem with Ramaphosa’s move must be the signal that it sent. While there is a particularly tough and unsettling political situation in KZN, the ANC must also be vulnerable in other areas.

This could mean, for example, that certain special interests are now able to hold the party hostage. A good example of this may be unions in some sectors. Already the board of Eskom has gone from standing firm on a “0% increase” to having their latest offer of 7% rejected. This dynamic will surely be replicated in other sectors. While Cosatu welcomed Ramaphosa’s victory, its constituent unions will have noticed that now is a very good time to make demands. And while Cosatu’s organisational ability may have weakened over the years, it is still important to get union members out on the campaign trail, giving them a visible political capital they can now choose to spend, sometimes with reckless abandon.

The demands being made on government and the ANC are immense. Ramaphosa has to, in no particular order, grow the economy, reduce inequality, solve the land problem and make inroads into improving social cohesion, improve South Africa’s global standing, to name just a few. All of that would be difficult to do even if the context was one of a growing economy and a legitimate state. But in reality, the economy is not growing, there are questions in many communities about the legitimacy of the state, and the entire generation of politicians and their enablers, who brought the country to its knees through a deadly combo of incompetence and corruption, is refusing to make way peacefully.

On top of it, it appears that as the state has ceased to be seen as a force for good in society, ordinary people have been forced to look elsewhere for guidance and a sense of security. In a way, power may have flowed from the state to traditional and religious leaders, and those who hold other positions while technically out of politics.

This makes Ramaphosa’s job all that much harder. At the same time, those with resources, the rich, could be tempted to simply continue to make as much as they can, until the music stops.

Thus, at the moment, there is very little incentive for those who are poor to want to work peacefully with those who have more than them, and nothing really pushing the rich to give up some of what they have. It is difficult to improve lives in such a situation.

It is of course possible that Ramaphosa will prove wrong those who believe he caved. Through a resolute action, he could make some important decisions on issues that matter. But the precarious balance within the ANC and its NEC may preclude him from doing that. The fact that it took so long for the party to decide on a new premier for North West demonstrates this.

The consequences of this action freeze could be dire for the country. It is surely obvious to everyone that some kind of economic solution is needed now. Unless there is a process happening out of sight (which is always possible) it appears that our current troubled economic trajectory will continue. In other words, the rich will stay rich (if you doubt where you fall in our society, you may wish to spend five minutes on UCT’s new inequality calculator). But more important, the poor will stay poor, along with the consequent lack of hope that must surely drive much of the violence we see during protests and demonstrations.

We are surely in a situation which cannot be tolerated, and will not be tolerated for much longer. But at the moment, there appears to be no way out of it. And the person who is supposed to lead our society might simply not be able to. DM