Recent conflict in Mozambique underscores the root causes of fragility 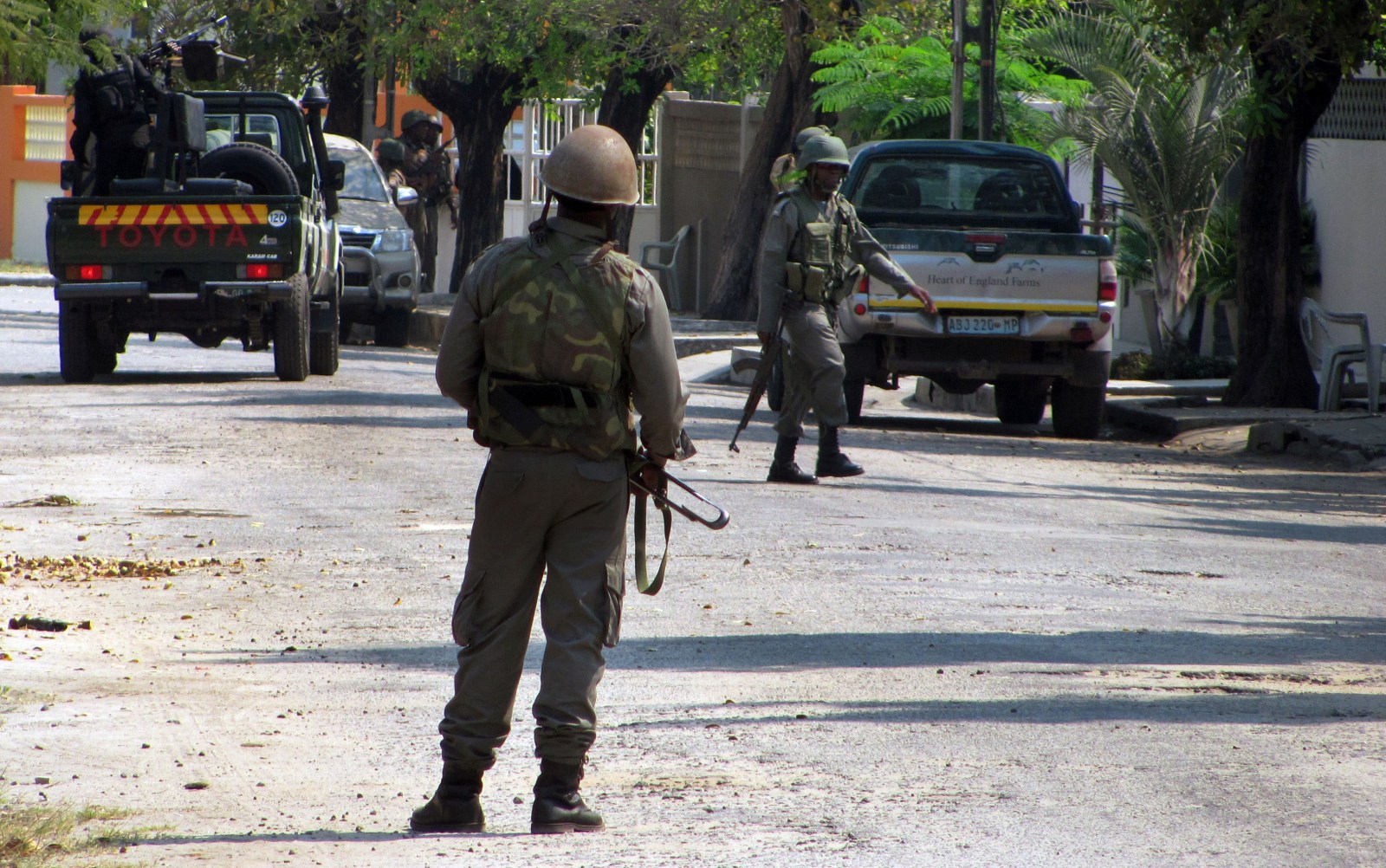 Mozambican forces of the Rapid Intervention Unit (UIR) and the Special Operating Group (GOE) secure a street during the arrest of guards of the oppositional Mozambican National Resistance (Renamo) party within a raid of the home of Renamo president Afonso Dhlakama, in Beira, central Mozambique, 09 October 2015. EPA/ANDRE CATUEIRA

Recent indications of rebel activity in the north of Mozambique, and a tentative peace agreement with long-term political rival Renamo, leave much at stake for the country. Addressing political grievances in the short term are a priority, but to guarantee sustainable peace will require addressing social and economic marginalisation.

Mozambique’s upcoming October 2019 general elections could have significant implications for the country’s prospects for peace and stability. Much rests on whether the country can fundamentally address the long-standing political grievance with political rival, Renamo, through peaceful means. I argue the recent conflict between the ruling Frelimo government and Renamo offers useful insights into root causes of fragility.

Disarming Demobilisation and Reintegration (DDR) is one such mechanism to achieving lasting peace. In recent years added emphasis has been placed on the reintegration aspect of the DDR process as the basis to achieving sustainable peace. Critics have argued more needs to be done to ensure that ex-combatants receive adequate social and economic support during and after the reintegration phase.

Often the challenge of ensuring a successful reintegration of ex-combatants falls outside of the remit of peacekeeping agreements and is impacted by a multitude of factors. These factors include the state’s institutional capacity, resource constraints, and whether there are any unresolved grievances, or competing political interests.

It is not uncommon for shortcomings with the initial DDR process to manifest years after the peace agreement was concluded. Since emerging from brutal civil war (1977-1992) that killed in excess of 1-million people, Mozambique enjoyed close to 20 years of peace and political stability. This changed on 21 October, 2013, with Renamo indicating that it was withdrawing from the 1992 General Peace Agreement.

Leading up to the collapse of the peace agreement, the country was cited as one of the fastest growing economies in the world, at one point attracting more foreign direct investment than Nigeria. Natural resources, particularly significant coal and offshore gas prospects were at the heart of this optimism. This optimism was however to be short-lived as a consequence of the Global Recession, and the ensuing collapse of commodity prices.

On the back of economic instability, allegations of widespread corruption by the previous Mozambican administration surfaced. Renamo made clarion calls against the Frelimo government, accusing it of widespread misuse of government funds and endemic corruption.

Renamo also called for political decentralisation to enable voters at the provincial level to directly elect provincial governors. This would have given Renamo control over four of the 10 provinces. These provinces included Renamo’s historical strongholds Sofala, Zambezia, Tete and Nampula provinces, rich in recent natural resource discoveries.

Little compromise was to be found, which led to Renamo retreating to the bush. In the five year period 2012 to 2016, according to the Armed Conflict Location & Event Data Project, 381 people were killed in the conflict, and over 11,000 were displaced into neighbouring Tanzania, Malawi and Zimbabwe. The conflict escalated until a tentative truce was put in place between the ruling Frelimo government and Renamo in late 2017.

The unexpected death of Renamo’s long serving leader Alfonso Dhlakama on May 3, 2018, has added a level of earnestness to conclude a new peace agreement. A party congress to elect a new leader for Renamo is expected in late 2018 or early 2019. It is hoped that a new peace agreement can be finalized before the end of 2018.

Stumbling blocks to reaching a new peace agreement in Mozambique include resolving the political and administrative decentralisation of provinces. The recent announcement that the ruling Frelimo government will amend the constitution to allow for locally elected governors rather than be appointed by the President is encouraging. So too is the recent indication of reaching a compromise with interim Renamo leader, Ossufo Momade, on reintegrating Renamo ex-combatants into the military and police.

Addressing the root causes of instability in the country remains central to achieving lasting peace in Mozambique. Addressing social and economic marginalization in this regard is essential. Research shows that war-time networks remain durable for extended periods of time, and that these networks can be reactivated long after the conflict has ended.

In spite of the significant expectation surrounding the historic recent natural gas discoveries in the north of the country, optimism should be tempered given the highly speculative and unpredictable character of hydrocarbon related development.

Along with South Sudan, Mozambique is considered as having among the lowest Human Development Indicator rankings in the world. The socio-economic situation, including high illiteracy and youth unemployment rates, is especially bad in rural provinces, far away from the capital city of Maputo.

Recently, there are signs of an emerging radical Islamic inspired insurgent group in the north of the country. This is also the location where transnational criminal activity is said to take place, including the trafficking of heroin from Afghanistan along the so-called southern route to Africa’s east coast.

To guarantee peace and stability in Mozambique will in the short-term require addressing political grievances with Renamo. In the medium-to-long-term however, will require a structural reform programme that is premised on inclusive and equitable socio-economic development for marginalised, rural communities, many of which have actively or passively been exposed to armed conflict. DM