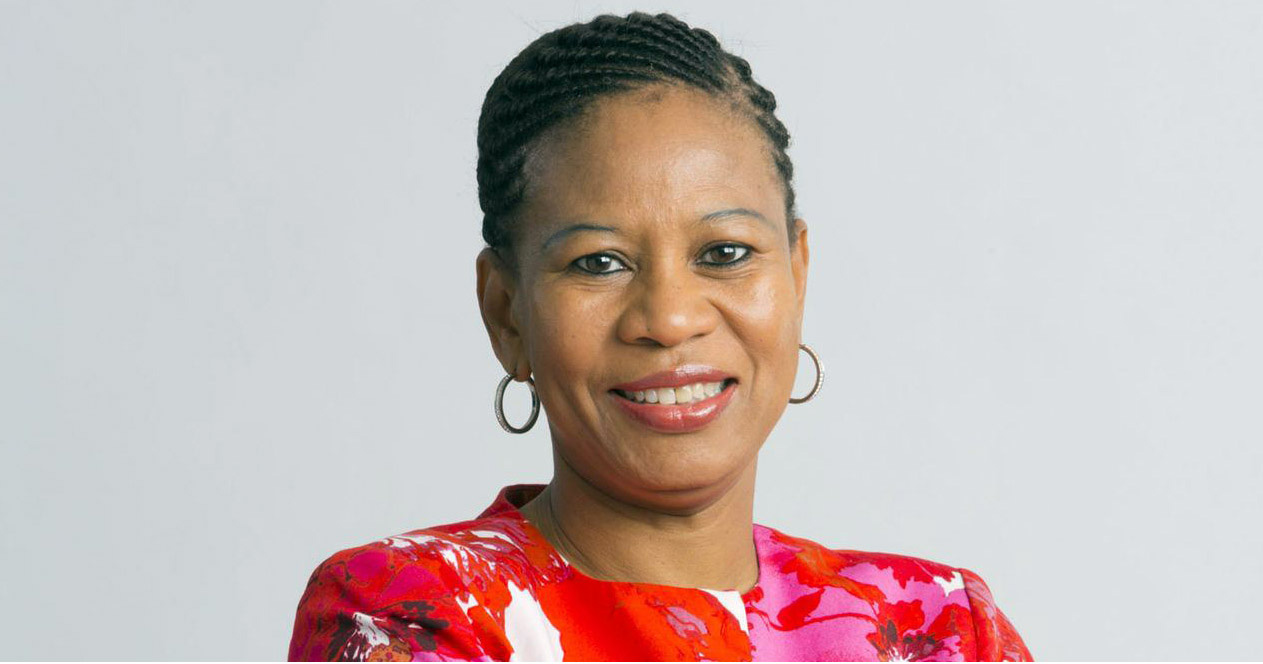 The chairperson of the interim board of the Passenger Rail Agency of SA, Khanyisile Kweyama, is a veteran at managing the affairs of state-owned enteprises. Photo: SUPPLIED

Three months after being appointed chairperson of the interim board of the Passenger Rail Agency of SA, Khanyisile Kweyama was hijacked and kidnapped in Johannesburg. Seemingly undeterred, in an interview, “Madam Fix It” told Daily Maverick how she plans to crack down on supply chain rule-breakers and getting Prasa functioning efficiently again.

“It’s more an emotional thing than anything else,” said Khanyisile Kweyama in a brief response to a question about the impact on her of being hijacked and kidnapped in Johannesburg earlier this month.

Details of the incident – including a possible motive – are sketchy, but a ministerial statement from the Department of Transport said that it had been informed that on the evening of Thursday, 6 July. Kweyama had been pepper-sprayed and bundled into the boot of a car and driven around for at least three hours before suspects abandoned her vehicle in Katlehong near the Kwesini train station. She emerged unharmed.

To date there has been no update on the police investigation or possible arrests.

During the telephone interview with Kweyama this week, she was a closed book from the start about ongoing investigations into her attack. Instead, she steered the conversation to the task at hand: the current state of the entity and what it will take for commuters to be satisfied with train services.

She admitted that her assignment certainly had its challenges.

“It hasn’t been easy– as much as I expected, it’s a difficult environment, but getting there is tough. It’s a tough environment and the only way to deal with it is to make sure you are ready for it and you are armed for it and you do things by the book.”

Prasa faces a litany of problems including commuter safety, vandalism and, more recently, suspected arson attacks at Metrorail in the Western Cape and an upcoming parliamentary inquiry into financial management at the entity.

The interim board of Prasa is also addressing the failure of the previous board to submit to Parliament an annual report for the 2016/2017 financial year, which has been outstanding since September 2017.

“My approach is that I knew going into Prasa there are investigations that have been done. The matters were in the public domain. It wasn’t as if I got there and said, wow, what is going on there! We already knew as a country, it was a broken entity that really needs to be repaired.”

Kweyama is no stranger to the workings and intricacies of being a board member of a state-owned enterprise. She sat on the boards of Telkom and the South African Broadcasting Corporation (SABC). Following the parliamentary inquiry into editorial interference and financial mismanagement at the state broadcaster, Kweyama chaired the board, which was admired for trying to kick-start the embattled entity in 2017.

An interim Prasaboard was appointed after Transport Minister Blade Nzimande disbanded the previous interim board in April, with Kweyama being appointed as chairperson.

After her appointment, there was widespread support for Kweyama from minister Nzimande, civic organisations and Parliament’s portfolio committee on transport. During the new board’s first meeting with that committee, she was labelled by MPs as “Madam Fix It” because of her work at the SABC.

She has a post-graduate diploma in management from Wits University and has over 20 years experience in management and human resource positions. Kweyama led Business Unity of South Africa between 2012 and 2015, and was voted the “Most Influential Woman in Mining: Resources and Extractive Sector”. During 2015, Kweyama was appointed to the board of the National Planning Commission.

Has the SABC prepared Kweyama for the task of trying to fix Prasa, even though the interim board’s contract is only for one year?

“It did, hey? Because actually, Prasa is a hundred times worse than the SABC– it’s bigger, and is not even saying the SABC is a joyride….. It’s like take that, and make it 10 times more, or whatever degree you want to take it to…. So yes, the SABC did assist. Actually, a lot of the tricks are the same– the people who were going around breaking supply chain rules, it’s like they go to the same school of breaking the rules. The lies are the same.”

With her experience at state entities, what does Kweyama believe is needed for SoEs to be more productive?

“We need to make tough decisions … you know, we’ve got people who created layers just so they can hide through things,” she said, adding that there needs to be decisive action about “cleaning out the rot of corruption”.

These interventions needed to be effective.

“At Telkom, a lot of structural matters had to be looked at. And then to also say, what is the business (of the SOE)? If the business (Prasa) is to provide transport to commuters, it must do that in the most efficient way possible.

“So, for instance, we are not in the business of advertising. We are in the business of selling tickets and making sure a person has bought a ticket. They then board a train that is running on time and get them to their destination and they are safe and secure.”

And what is needed for the public to have faith in Prasa and its services again?

Communication between the public and the entity is key, she said.

“The public needs to see that people who do wrong things are disciplined, and where money that needs to be recovered, that will happen… Most important, the service has to improve. The public has to feel the trains are running on time and they are getting them to their destinations.”

Kweyama said that even if the board was doing good work removing mismanagement, the fundamental test was operational, on the ground. For example, if trains are scheduled to depart at 7am, they must do so.

“And for as long as we are not doing so, the public will never have confidence in us.”

Kweyama received support and concern from a number of organisations after reports surfaced of her hijacking and kidnapping. Trade union Fedusa condemned the attack, as did civic organisation #UniteBehind.

“We want a board that will not be intimidated and distracted by such acts of senseless criminality and only focus on fully committing itself to confronting the challenges facing Prasa and introduce specific measures aimed at improving customer service and good corporate governance, underpinned by monitoring and accountability,” said Fedusa general secretary Dennis George in a statement.

Kweyama said that when she met the NGOs which are active within the Prasa space, #UniteBehind and OUTA, they said they wanted to work with her to bring order to this place.

“They said, ‘We are not here to interfere or to tell you what to do and to try and be the board with you.’ So I really feel that support exists and together we can all work to ensure that we clean out the rot.” DM