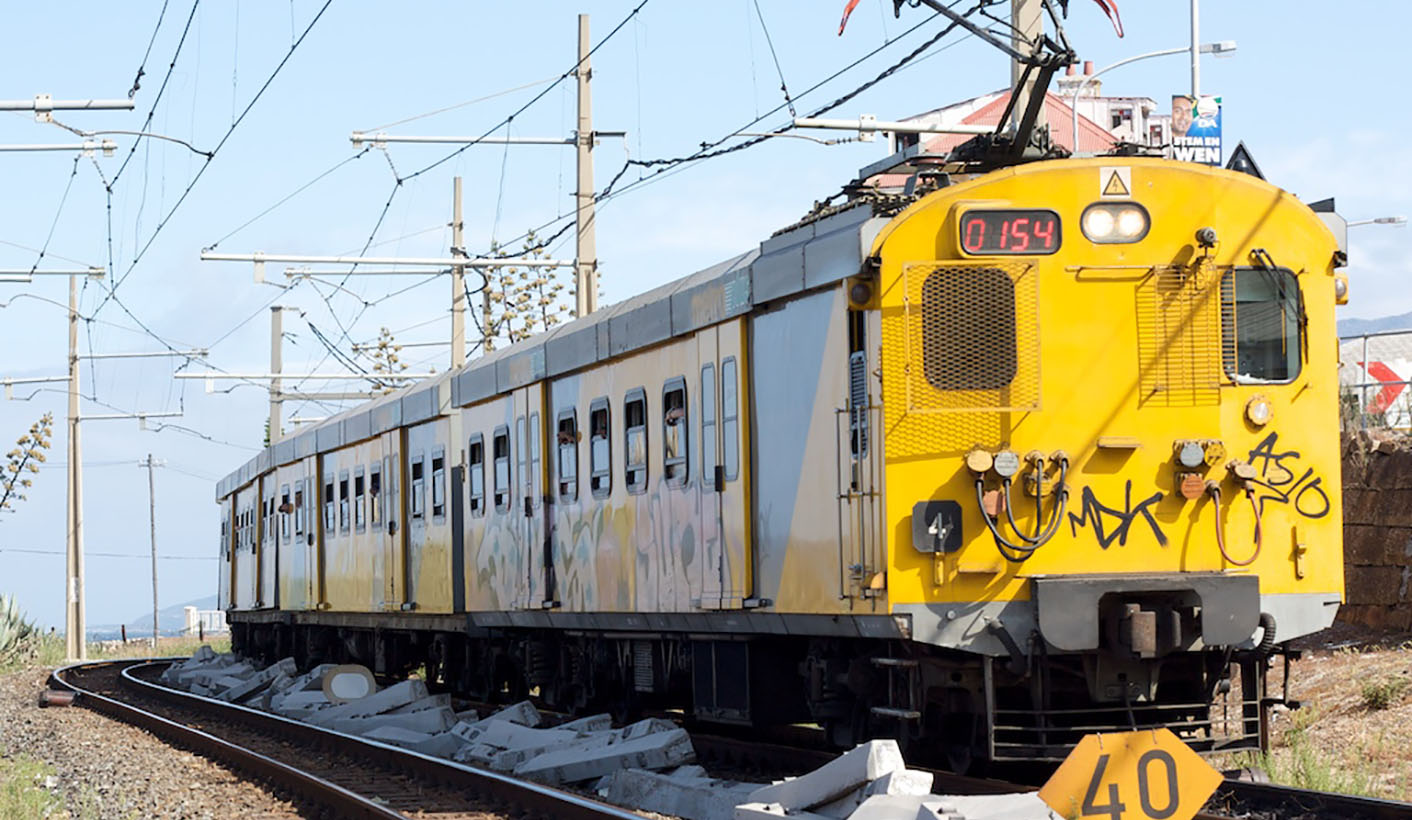 Get your act together – because people are becoming more and more desperate and even losing their jobs due to problems with the train service. This was the message from commuters, civic groupings and parliamentarians to train authorities in Parliament this week. By SUN? PAYNE.

“My employer used to phone Metrorail to find out if the trains were late, but went ahead to fire me,” says Warren Johnson, a resident of Elsies River in Cape Town.

Johnson, who has been taking trains for five years, was describing his “humiliating” experiences as a commuter before stony-faced Prasa board members who finally appeared before Parliament this week.

On Tuesday morning the Prasa board appeared before Parliament’s portfolio committee on transport. They were subpoena’d last week after failing to pitch up for a meeting to discuss commuter safety and problems at Metrorail in Cape Town.

Commuters, civic organisations and MPs lambasted the Prasa board on various issues, including concerns over when trains on the central line in Cape Town would be reopened since its suspension on 8 January.

Commuters from Cape Town sat in on the proceedings and relayed their troublesome travelling experiences.

“People get robbed, women get touched inappropriately,” said Johnson. People are so desperate to board trains that they climb through windows.

He appealed to Prasa to fix the trains “so that our dignity and humanity is restored”.

Another speaker, Zoliswa Dlamini, from Khayelitsha, said she lost her job in Epping after she kept arriving at work late. Dlamini says travelling by train was the “only relevant way to get to work”. Her troubles started in 1999, when she kept arriving late for work in Epping.

“How many years must they (train commuters) be patient? How many more years must they die?” asked Leslie van Minnen from the Rail Commuters Action Group. Van Minnen’s son was killed in a train accident 17 years ago and he has since then been involved with commuter groups across the City to raise awareness about the daily struggles commuters face. Van Minnen’s son Juan was stabbed while travelling on the Cape Town to Fish Hoek line.

“The status of the trains is atrocious – they aren’t even Third World,” Van Minnen said.

While the Prasa board sat stony-faced, the #UniteBehind coalition and the Rail Commuters’ Action Group highlighted the issues train commuters have been facing since the shutdown of the central line.

The shutdown has a ripple effect on transport within Cape Town, said Zackie Achmat, one of #UniteBehind’s organisers.

“You wouldn’t be surprised to see people on top of buses if this doesn’t get solved urgently,” said Achmat, who warned that while around 120,000 train commuters were without a train service, taxi queues would remain long and commuters would start fighting to board buses.

Currently, commuters who had bought monthly train tickets before the central line in Cape Town was shut down could access Golden Arrow buses, but only after 08:00 in the mornings and after 18:00 in the evenings. #UniteBehind asked for “serious negotiations with Golden Arrow to allow for women and school children to travel during peak hours”.

The committee was agitated to hear from #UniteBehind that vulnerable groups such as schoolchildren and women could access Golden Arrow buses after 18:00 when it was dangerous for them. They questioned why Prasa would make use of drone systems to catch cable thieves at night and to invest in wi-fi at all stations to allow commuters to download the MetroGo app, instead of focusing on basic issues commuters face right now – how to get to work when there are no trains.

Acting Group CEO Cromet Molepo said the MetroGo app would allow train commuters to see whether a train was delayed or cancelled.

“Instead of drones, (extra) buses should be put in as a short-term solution” said DA MP Manny de Freitas.

The committee continuously lambasted Prasa, even as Molepo kept trying to reassure the committee that there are plans for trains to resume on the central line next Wednesday.

Molepo tried to highlight what Prasa would do to fix the current crisis, but was met with stern opposition from committee members.

During a presentation, Molepo said Prasa would work with the City of Cape Town to upskill 1,500 Prasa security employees to become law enforcement officials.

Committee members were unimpressed by suggestions from Prasa.

“What are you taking us for, acting group CEO? We are not pumpkins,” said Dikeledi Magadzi, chairperson of the committee.

Magadzi told Molepo that neither she nor the committee were “butternut-heads” as Molepo could not answer as to why Prasa kept asking Treasury for additional money, despite incurring irregular and fruitless expenditure in their 2016 Annual Report by the Auditor General’s office.

Magadzi said she and fellow committee member ANC MP Leonard Ramatlakane went to the Cape Town station last Friday evening to observe “people’s suffering’”. When they reached the taxi rank they had found long queues up to 2km long. “These are people that are using the trains previously.”

Magadzi appealed to Prasa to fix the crisis, saying “we need to find a way to make things work”. DM