World Cup in Pictures: Griez is the word as France beat...

In Pictures: Griez is the word as France beat toothless Uruguay 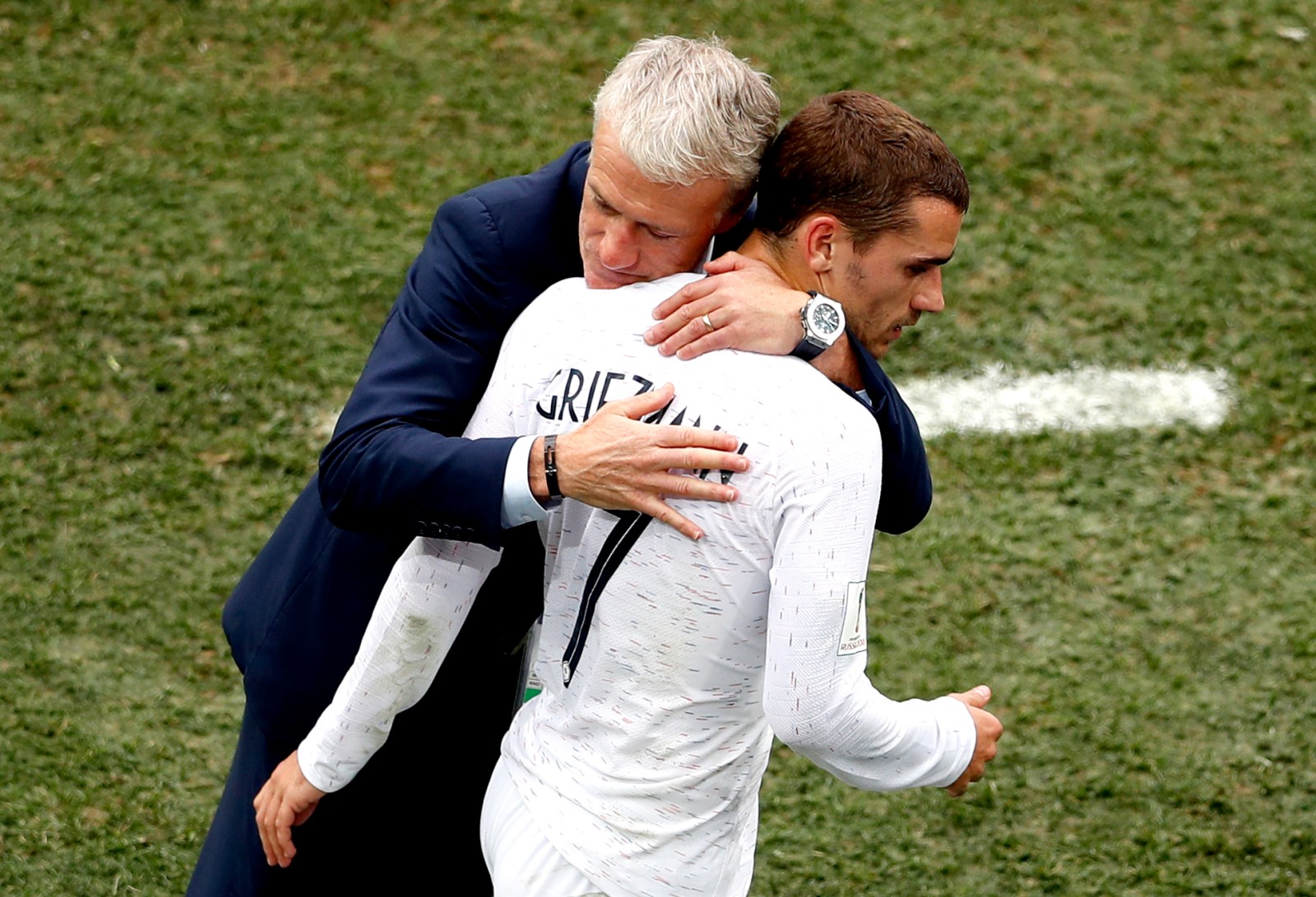 France became the first team to reach the World Cup semi-finals on Friday after an assured 2-0 win against Uruguay.

France became the first team to reach the World Cup semi-finals as goals from Raphael Varane and Antoine Griezmann gave them a deserved 2-0 victory over Uruguay on Friday.

It is the first time France have been in the last four since 2006 and sets up a mouth-watering clash against either Belgium or Brazil, who play later on Friday, in St Petersburg on Tuesday.

France took the lead in the 40th minute from the unlikely source of defender Varane, who glanced home a fine header from an Antoine Griezmann free-kick.

It was only the Real Madrid player’s third goal for France and represented redemption for Varane, who was largely blamed for the goal which saw France lose at the quarter-final stage to Germany four years ago.

The usually dependable stopper flapped at Griezmann’s 20-yard shot and agonisingly saw the ball float over the line.

It was Griezmann’s third goal of this World Cup, but his first not from a penalty.

Griezmann, who counts several of the Uruguay players as close friends, scored a second in the 61st minute, but it was mostly due to a howler from La Celeste’s goalkeeper, Fernando Muslera.

That goal secured the victory but did not end the drama in Nizhny Novgorod, as Uruguay’s frustration boiled over in the 67th minute when Kylian Mbappe fell to the floor.

Uruguay’s skipper Diego Godin gestured with the teenager to get up, then tried to pull him from the turf, sparking a melee which involved most of the players and saw French coach Didier Deschamps come onto the pitch to try to calm tempers.

France’s victory was merited as it was they who had the bulk of possession and always looked the most likely to score.

They might have scored as early as the 15th minute when Mbappe mistimed a close header.

The lightning-quick Mbappe and Griezmann struck fear into the Uruguayan defence all afternoon.

In midfield, France’s N’Golo Kante and Paul Pogba snuffed out any potential threat posed by Uruguay.

And up front for La Celeste, Luis Suarez cut an isolated and agitated figure as his team desperately went in search of an equaliser as Edinson Cavani was ruled out with injury.

Increasingly, Suarez vented his frustration with Argentinian referee Nestor Pitana, who, coincidentally, was the official in charge of France’s quarter-final 2014 defeat.

The Barcelona star was partnered by Cristhian Stuani after a week of will-he-won’t-he speculation surrounding Cavani ended up with the Paris Saint-Germain striker failing to recover from a calf strain.

A tight and nervy encounter to begin with, the game burst into life after Varane’s goal.

Until that point Uruguay had struggled to get into the French penalty area, but within four minutes of the goal would have been level except for an exceptional save by Hugo Lloris.

The French skipper saved superbly with one-hand from defender Martin Caceres, whose header from a free kick look destined to go in.

Diego Godin could have scored from the follow-up, but that was the closest the South Americans would come to scoring all afternoon.  DM