#Russia2018: Kane is able, history of ages and trouble looms for Shaqiri and Xhaka 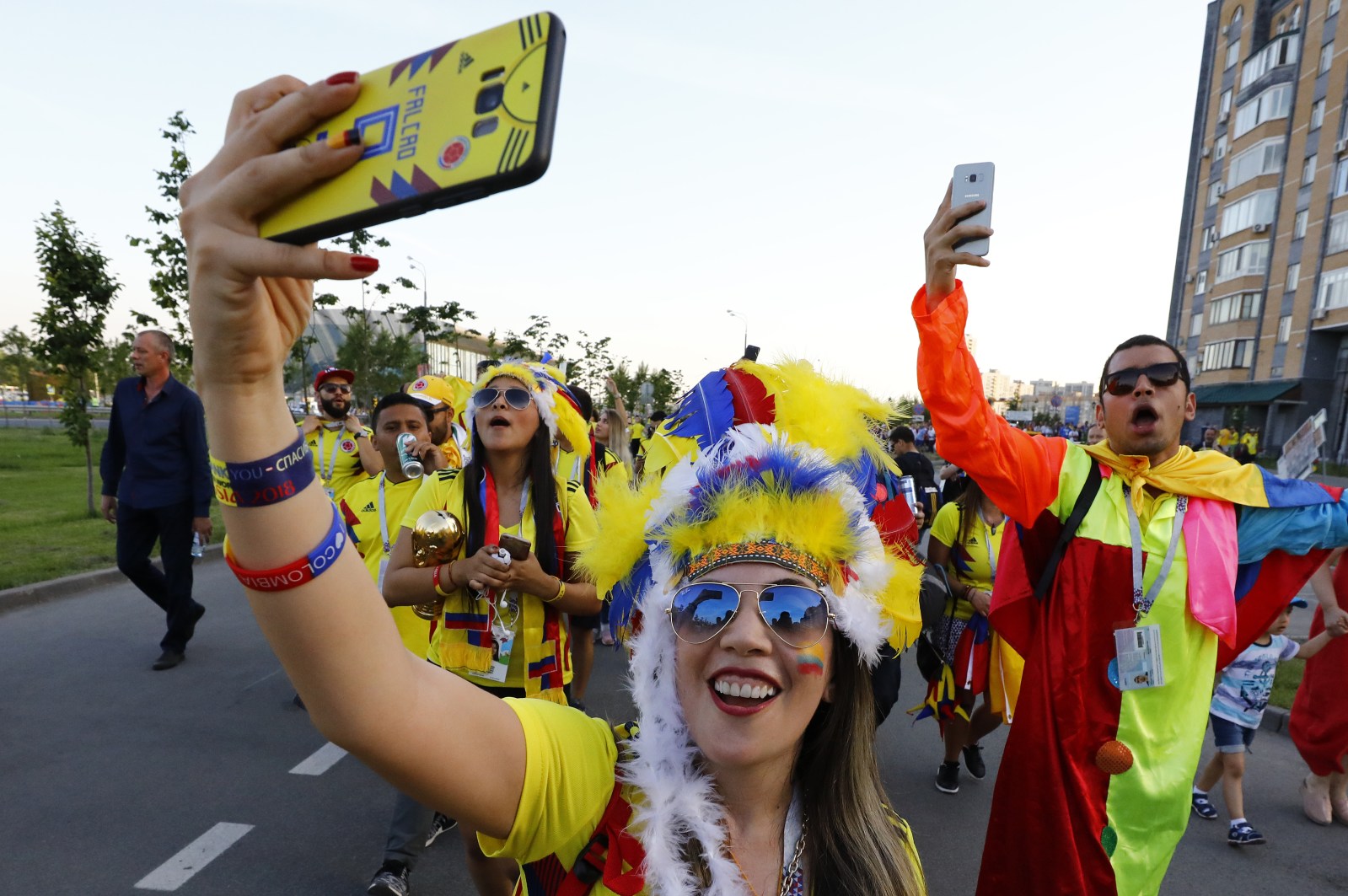 Fans of Colombia arrive to the stadium for the FIFA World Cup 2018 group H preliminary round soccer match between Poland and Colombia in Kazan, Russia, 24 June 2018. EPA-EFE/DIEGO AZUBEL

Poland pack their bags, Senegal and Japan refuse to defend and England get all their fans' hopes up.

Colombia made it look easy against Poland, booting them out of the World Cup with a win that keeps their own hopes alive. Poland didn’t look like a team ranked number eight in the world. But then nothing has looked as it’s supposed to at this year’s tournament. For the South Americans, victory is a huge boost for their knockout qualification dream. [Full report and highlights]

A win for either side would have secured qualification for the knockouts, but comical defending from both sides saw Japan come from behind twice to draw level against Senegal. The Lions of Teranga didn’t look nearly as composed as they did in their opening fixture against Poland. History was made by two players at the opposite end of the spectrum, though. Moussa Wague became the youngest African player to score at the World Cup and Keisuke Honda became Japan’s oldest. [Full report and highlights]

Harry Kane propelled himself to the top of the Golden Boot standings  with a hat-trick over a hapless Panama. England ran riot to record their biggest World Cup win, securing their spot in the last 16 alongside Belgium in the process. Panama, meanwhile, managed a mere consolation goal through Felipe Baloy (no immediate South African connection, we checked). To be fair, it was more than just a consolation goal. It was Panama’s first at World Cup. So, of course they celebrated like they won the final. Why wouldn’t you? [Full report and highlights]

Granit Xhaka and Xherdan Shaqiri could face two-match bans after their goal celebrations during Switzerland’s come-from-behind win on Friday night. According to reports, Fifa opened an investigation over a potential code of conduct breach. The players, both ethnic Albanians from Kosovo, appeared to celebrate by gesturing a “double eagle” – a prominent symbol on the flag of Albania.

Fifa’s disciplinary code states that “anyone who provokes the general public during a match will be suspended for two matches and sanctioned with a minimum fine of 5,000 Swiss francs (R68,000)”.

Their coach was unimpressed and should the investigation find that it was a “provocative gesture”, both could be banned for the team’s last group game as well as the first of the knockouts, should Switzerland progress. [BBC]

Hector Cuper hinted that his time with Egypt might be up. The Pharaohs play their last group game against Saudi Arabia on Monday, but the result doesn’t matter – they will be going home for sure. Cuper, who took over the job back in 2015, said he’s not ruled anything out. [Reuters]

Sweden’s Jimmy Durmaz was subjected to a torrent of racism from online trolls following his side’s defeat to Germany over the weekend. He told reporters that he wasn’t bothered by it but team-mate John Guidetti hit out, saying it was “completely idiotic” behaviour. [CNN]

Pastéis de Nata or Portuguese Custard Tarts are the sort of Milk Tarts South Africans would be making if Vasco da Gama had stuck around a little longer. Delicately flavoured custard sits in a crispy pastry shell. They are best made as mini versions, so you can gobble them all up in one mouthful. Try this recipe. DM