Group B: Standings and scenarios for the last 16 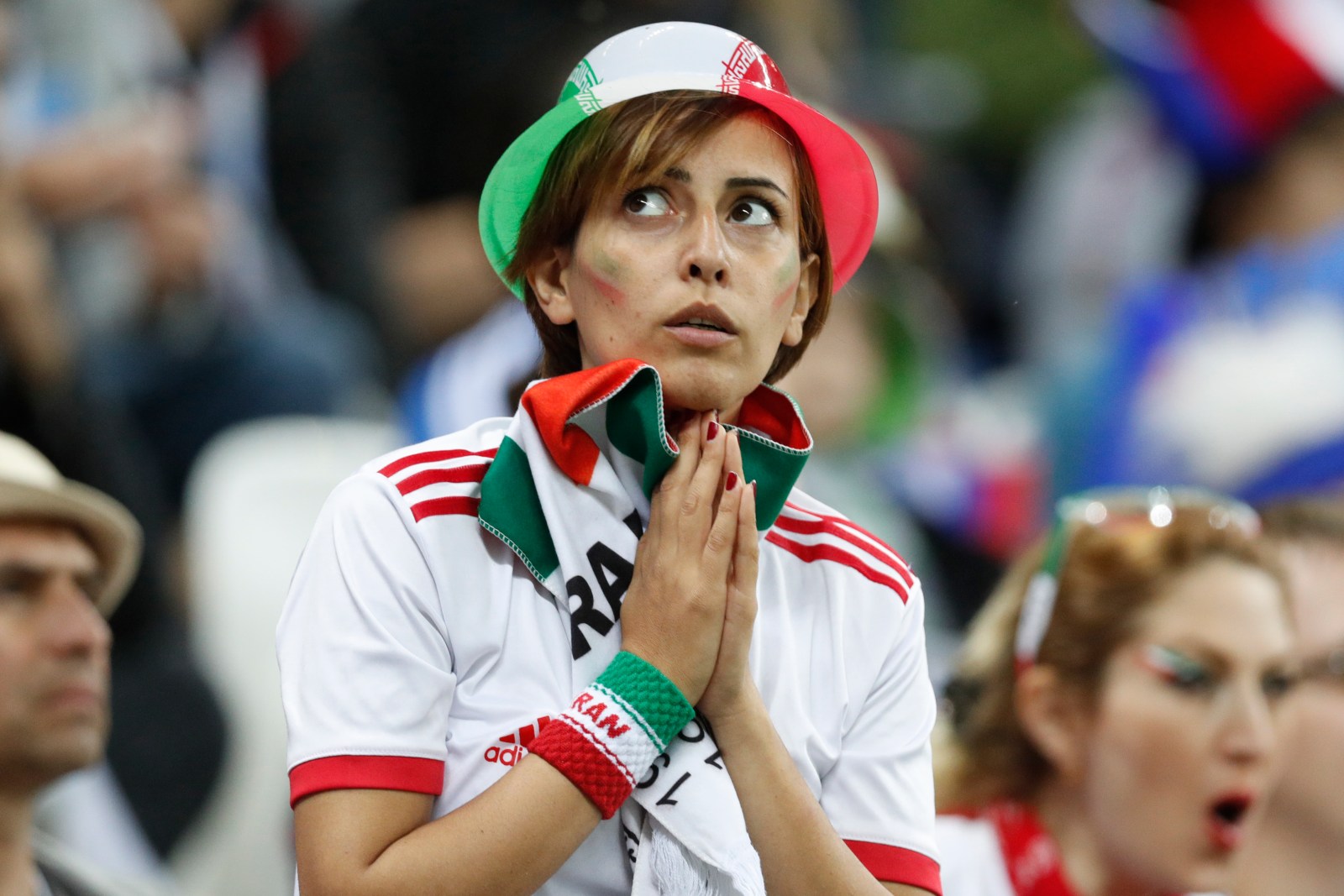 A supporter of Iran reacts during the FIFA World Cup 2018 group B preliminary round soccer match between Iran and Spain in Kazan, Russia, 20 June 2018. EPA-EFE/ROBERT GHEMENT

Iran remain in the running with an outside chance, but they’ll need to beat Portugal to make their dreams come true.

Spain vs Morocco
Iran vs Portugal

These standings are live and will update throughout the final group games.

Qualified:  No one.
Eliminated: Morocco.

How the group shapes up

Welcome to the first group of “this could get complicated”.  Spain and Portugal currently sit top of the group on four points each while Iran remain in with a chance on three points.

Since it’s widely expected that Spain and Portugal will progress and win their final group matches, let’s focus on Iran as an outside shot.

There are a few scenarios that will see Iran progress. A win over Portugal and a Spain loss will be enough to see them through. A draw will be enough if Spain lose to Morocco by two goals or more. Iran could knock Portugal out if they win their match and Spain win against Morocco.

It’s complicated, you see, which is why we’ve got live standings.

Cristiano Ronaldo has been on another planet in this World Cup. He scored a hat-trick and the two fastest goals at the tournament so far. Plucky as Iran are, they might have a tough time containing him – unless they opt for the kick-the-man-until-he-is-down strategy.

To their credit, though, Iran’s defence was impressively organised against Spain and if they can frustrate Portugal for long enough, well, maybe Ronaldo will throw himself to the ground enough to get booked.

The two sides have met twice before – once in the World Cup back in 2006 and once in the Independence Cup in 1972. Portugal won both of those matches. The one glimmer of hope for Team Melli is that coach Carlos Queiroz has had spells with Portugal, too. His inside knowledge might help them.

With elimination confirmed, Morocco have nothing to lose, so they could very well rest some of their big-name players. That’s good news for Spain, who have had somewhat mixed results in the tournament so far. Despite the six-goal thriller against Portugal in their opening match, a lucky deflection off Diego Costa’s knee was the only thing that separated them from Iran.

What the players are saying

“The most interesting and important match in my seven years with Iran. We will keep on working for our dreams, and our dream is to try and qualify for the second round.  We know it will be difficult, but as I said before we came here and didn’t expect easy things. Against Portugal, it will be match point for us.” Iran coach Carlos Queiroz.

Group B’s winners will face the runners-up from Group A, while the second-placed side in Group B play the Group A winners. That’s Russia or Uruguay. DM