In Pictures: Day Seven of the World Cup 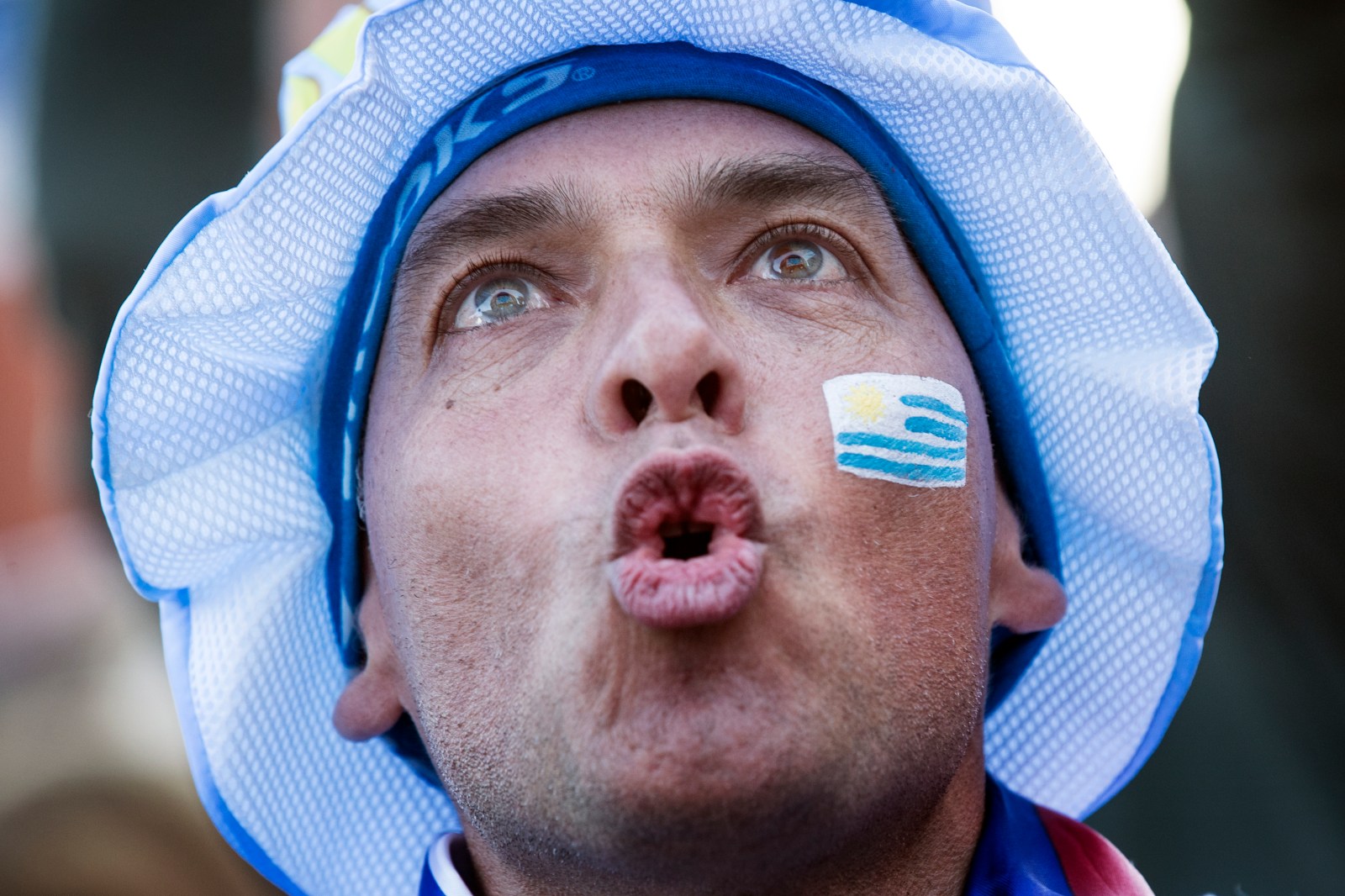 An Uruguay supporter reacts while watching the FIFA World Cup 2018 group A preliminary round soccer match between Uruguay and Saudi Arabia in the Fan zone in St.Petersburg, Russia, 20 June 2018. EPA-EFE/ETIENNE LAURENT

Vuvuzelas in the house. And a few return tickets confirmed.

Morocco became the first team to book their plane ticket back home, with a match still to spare. Gutsy as they were against Portugal, Cristiano Ronaldo’s lone goal not only propelled him to the top of the Golden Boot standings, but meant the Atlas Lions can’t earn enough points to stay in the running.

But the match was not without drama. A veteran of African coaching, Herve Renard, threw a bit of a strop after two penalty appeals didn’t go up to the VAR box.

And Ronaldo, brilliant as he might be, almost out-Ronaldo-ed himself with an embarrassing dive in the box towards the end.

And in today’s edition of pictures that make you want to be a fly with good hearing on a wall.

Joining Morocco on the plane will be Egypt and Saudi Arabia. Luis Suarez scored the only goal for Uruguay in a scrappy encounter against the Green Falcons.

Not that it matters how you win – as long as you’re not biting, cheating, handballing on purpose or fixing matches – but Saudi Arabia will have every right to feel aggrieved after The Sky Blue went for an approach best described as anti-football.

Still, at least Suarez was nice enough to console his opponents.

It wasn’t classic tika-taka, but Spain eked out a 1-0 win over plucky Iran to join Portugal at the top of Group B. By hook and partly by crook, Diego Costa added another goal to his growing tally. Iran suffered the agony of a VAR reversal after an offside goal… which would have been picked up anyway since the linesman had his flag up, despite the referee not noticing.

More exits could be confirmed on Thursday with Australia and Peru both in action in must-win matches against Denmark and France respectively. Argentina have a chance to make amends for their stodgy start against Iceland when they face Croatia. DM