The Ether Unknown – into the world without one of Life’s Bards, Anthony Bourdain 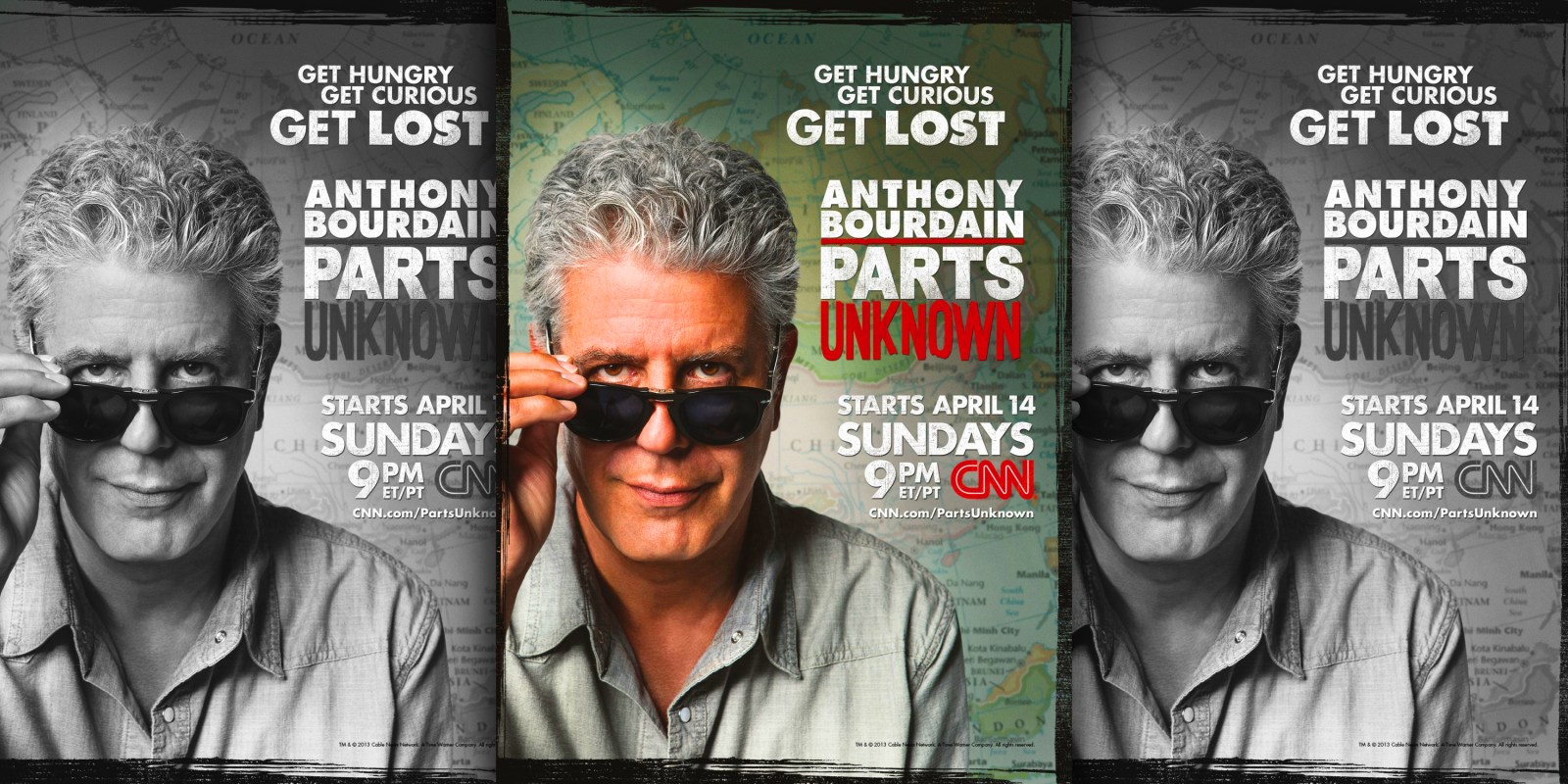 Here’s an irony. When CNN’s roving raconteur and connoisseur, Anthony Bourdain, took himself off on a journey into the most unknown parts of the ether, the natural response from the chronically flixated was to turn on the Apple TV box, browse down and across to the CNN app, and start revisiting many Parts Unknown. But the CNN app is so bad compared to those of, say, America’s ABC network, that I ended up opening the YouTube app instead, where a world of parts unknown, familiar and off the wall, were waiting to be explored.

Actually, this opens the door to something we had not been expecting when cancelling the crappy DStv service, buying an Apple TV box and signing up for Netflix, Amazon’s Prime Video et al. YouTube. If you have the YouTube app casting to your TV, anything – and everything – that’s available on YouTube is right there. It is a massive world of entertainment, news, streaming, music, and more more more. To the extent that we now spend at least as much time watching YouTube stuff on our TV as we do Netflix programming.

Combine the two, and you’re ridiculously spoilt for choice. The weak spot, though, is news, because this new way of sourcing and watching your news programming is so different. Some of it’s good, some of it’s okay, and some of it is just maddening.

After two months of having no DStv – which, despite its annoyances, did offer the entire London-based CNN service, as well as Al Jazeera, BBC News and other odds and sods (sods: we’re looking at you, ANN7) – it’s come down to this:

The ABC app, via your Apple TV, is way the best of them. In the middle of the night (because upside-down working hours) I watched the Trump-Kim ‘summit’, haha, on ABC where there were four different streaming options, all of which streamed flawlessly. You can even divide your screen into two panels or even four quarter-panels and flip between them.

Al Jazeera is pretty cool too, whereas the NBC option is pretty creaky. The worst, absolutely the worst, is the UK’s Channel 4, which is ugly and scarcely updated. There’s nothing wrong with their programming, unless you’re allergic to unashamedly liberal opinion-making, but the app, the app, urgh, it’s just awful. It’s even a nasty dirty purple hue.

CNN’s app, if you could subscribe to the entire thing (at a cost), may well be brilliant. I’ve tried to subscribe but to do so you have to have a US-based service provider. I’ve tried and failed to find a local option; when you do try to sign up you’re given an endless list of service provider options, seemingly all in the US. Odd, for an organisation that seems to pride itself as being part of, and broadcasting to, the greater world. To wit, their international crew of announcers. Anyway, ABC’s app including its great streaming news is free, so go figure.

There are loads of great-looking documentaries on the CNN app – including the Bourdain episodes – which you can only access via subscription, and the CNN ‘live streaming’ channels don’t live or stream at all without said subscription.

What happens, CNN, is that people move on. You know where I’ve moved to.

Anyhow, over on YouTube I found loads of Bourdain coverage, from news to entire episodes of Parts Unknown, Kitchen Confidential and No Reservations, and right there, wouldn’t you know, is an entire episode of CNN’s Anderson Cooper reminiscing about his friend, Bourdain. The same one you can’t watch via their own app.

“In 1999 when Anthony was 44,” Cooper tells us, “he sent a humorous and slightly shocking essay to the New Yorker – ‘Don’t Eat Before Reading This: a New York chef spills his trade secrets – about the realities of working in a restaurant kitchen. To his surprise, they published it, and that led to his best-selling memoir, Kitchen Confidential: Adventures in the Culinary Underbelly.”

His TV show, A Cook’s Tour, followed on the Food Network, followed by No Reservations for the Travel Channel, which brought him, in 2012, to CNN and Parts Unknown.

Like many people with big personalities and a broad view of life and the world, Bourdain was able to spend time with people big and small, so when you see a clip or a tweet of him sitting in a humble Asian eatery tucking into local cuisine with his table companion, and that table companion is Barack Obama, and the rest of the punters are chatting and eating seemingly oblivious of the two massively famous people at the other table, you know you’re seeing a real human exchange, not something posed for the camera or a selfie. But at least one punter was paying attention, and tweeted this:

“Low plastic stool, cheap but delicious noodles, cold Hanoi beer.” This is how I’ll remember Tony. He taught us about food — but more importantly, about its ability to bring us together. To make us a little less afraid of the unknown. We’ll miss him. pic.twitter.com/orEXIaEMZM

No wait, it was Obama himself. Never mind. Cooper offers a tiny but revealing insight when he says, “He told People magazine that his daughter gave him a reason to live.”

“Travel changes you. As you move through this life and this world you change things slightly, you leave marks behind, however small, and in return life and travel leaves its marks on you. Most of the time those marks on your body and your mind are beautiful. Often, though, they hurt.”

And you have to wonder: in his perception, did the interesting things stop happening? Did the parts unknown stop beckoning him – or did they become more dark than they were mysterious and intriguing? DM