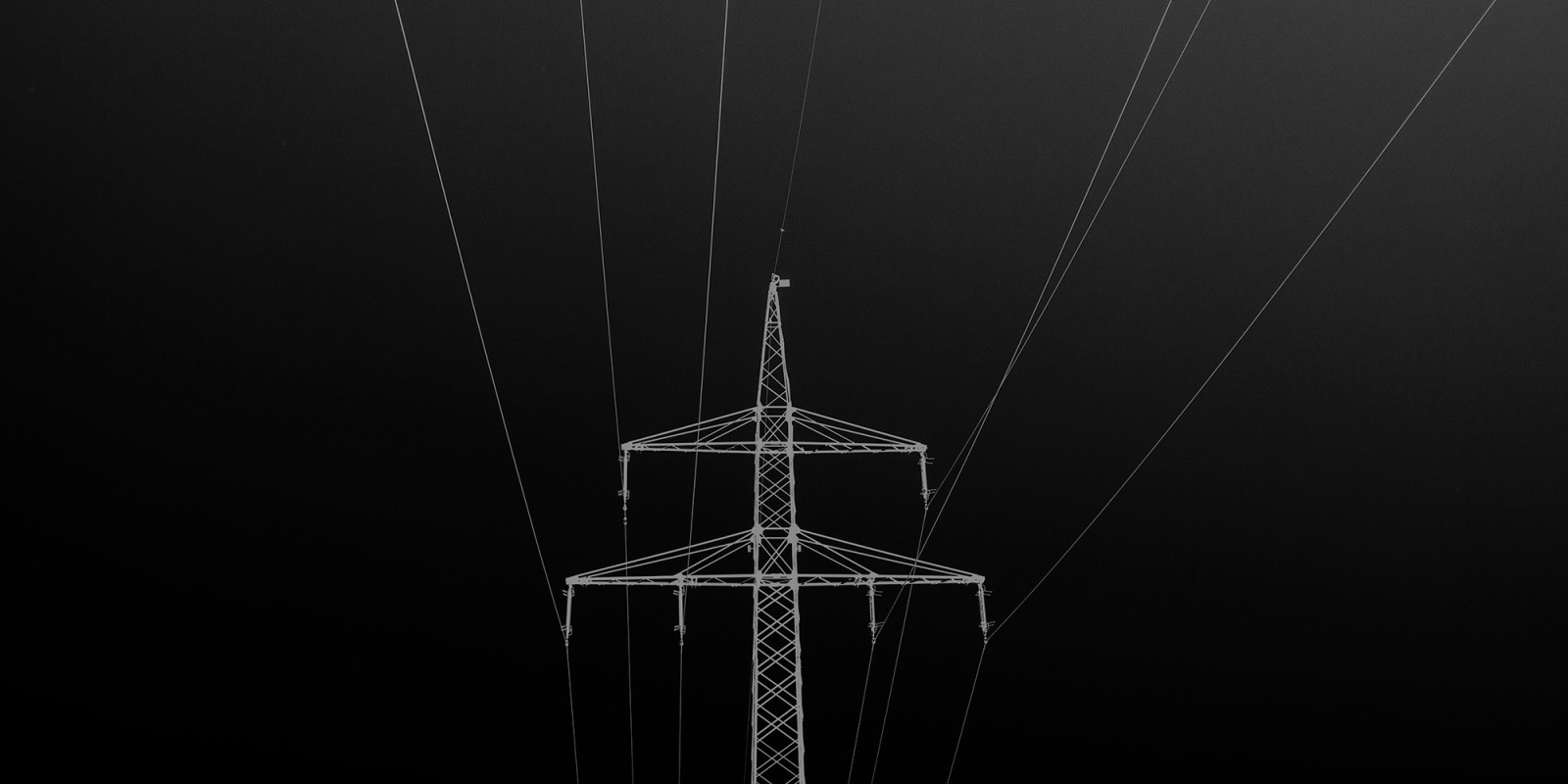 President Ramaphosa’s New Dawn faces a real test over a 0% wage increase offer for workers from the long-troubled Eskom that bled billions of rand through State Capture. The wage deadlock is now before the CCMA for resolution. If anything, Eskom illustrates the toxic fallout of bad governance – not only at the power utility – and financial maladministration. But it’s also a battle of narratives between those used to wielding power, and those who must take grievances to the streets.

The offer – for what the power utility’s executives called “financial stability” – was rejected by trade unions. On Thursday, June 14, 2018 as thousands of workers picketed at Eskom’s MegaWatt Park head office in Johannesburg, the power utility in its official statement claimed “sabotage” and “intimidation” and, for the second time in two days, again invoked the nightmare of past load shedding.

That was implemented later in the evening, and, in a tweet by Eskom spokesperson Khulu Phasiwe, linked to sabotage:

“Acts of intimidation and sabotage have resulted in Eskom being unable to ensure uninterrupted power supply.”

Trade unions, the National Union of Mineworkers (NUM) and the National Metalworkers Union of South Africa (Numsa), both rejected claims of sabotage and intimidation.

“We would want to investigate that ourselves… But you don’t tell workers they are worth nothing, while 500 group executives get bonuses and packages,” Numsa acting spokesperson Phakamile Hlubi-Majola told Daily Maverick.

NUM spokesperson Livhuwani Mammburu said “our members are not intimidating anyone”, but the previous evening police had shot rubber bullets at workers, injuring one in the eye, while gathering at the Arnot mine in Mpumalanga.

“Eskom must listen to the concerns of our members,” he added.

Eskom chief executive Phakamani Hadebe, a banker, at a media conference the day before the picket said the power utility’s governance issues were being addressed and it was not time to turn the gaze on financial stability.

And that meant 0% wage increases for workers. On Tuesday Numsa and NUM in a joint statement had rejected that offer, saying Eskom did “not care about workers or their families”, who are already struggling with a VAT increase to 15% and rising petrol and food prices and school fees.

That’s the battle of the narratives.

The 0% wage increase offer by Eskom is unprecedented. It led to NUM and Numsa setting aside their ideological differences, with even Solidarity coming to the table. And it’s a political pickle for government.

Public Enterprises Minister Pravin Gordhan and his officials on Wednesday met trade union federation Cosatu, to which NUM is affiliated, and the Eskom board.

“The minister agreed that it was improper to raise the issue of down-sizing Eskom at the same time as the current wage negotiations. The minister undertook to discuss the resumption of negotiations with the Eskom board and to ensure that a constructive and respectful atmosphere for negotiations is created,” a ministerial statement said.

Gordhan knows better than to meddle. It’s the board’s job to ensure proper governance, including “what kind of wage increase Eskom can offer its employees… The minister is in no position to instruct the board on this issue”, according to the ministerial statement.

There is much at stake – Project Recapture is Gordhan’s plan to jack up governance and financial standing at State-owned Entities (S0Es) through new boards, new executives and steps against those found implicated in corruption. Once SoEs stabilised, they would be part of the $100-billion investment drive and play their part in kick-starting economic growth and job creation.

Boards of the State Capture-linked SoEs like freighting group Transnet and arms manufacturer Denel have been replaced and new executives appointed, often from the private sector to do “patriotic duty” in the state.

Eskom was the first, with businessman Jabu Mabuza appointed as board chairperson towards the end of January 2018 just before then still deputy president Cyril Ramaphosa went to the World Economic Forum (WEF) do at Davos, Switzerland.

The change was a crucial step. But Eskom’s woes are multi-layered.

It was day two of Scopa hearings to get to the bottom of this debacle. On Wednesday MPs heard from some of the worst defaulting municipalities, which blamed tough economic times and unemployment, ageing infrastructure, ballooning interest – it amounts to R1-billion for the top 10 defaulters – and tariff issues.

Previously MPs heard from Eskom how it had tried negotiating repayment plans, particularly with the 10 biggest municipal debtors, which have floundered. It has tried going to court to force settlement. Cutting supplies to defaulting councils led to court action by those, particularly business, who had paid councils for electricity, but were cut off due to the councils’ non-payment of Eskom.

There now is an inter-ministerial task team on electricity, but it’s a work-in-progress as numbers are crunched, laws reviewed and political decisions made on how to get various state structures to work together. While mayors spoke to MPs of the need of bailouts, also raised on other platforms, Co-operative Governance Minister Zweli Mkhize told MPs bailouts were not on the cards: “Not discussed is the issue of bailouts.”

Scopa’s meeting with Eskom on Thursday afternoon was cancelled “because of the industrial challenges that are there”, according to committee chairman Themba Godi.

Those industrial challenges escalated hours later with load shedding. It’s one way to bring home the centrality of Eskom in support of its 0% increase stance in the deadlocked wage negotiations.

But it’s difficult to ignore several issues also in the mix as highlighted by NUM and Numsa in their joint statement – from State Capture and financial mismanagement to executive pay.

Historically, like many of the SoE counterparts, Eskom executives have earned multi-million salaries. A parliamentary reply some four years ago showed chief executive Brian Dames had earned R22.77-million in salaries, bonuses, incentives and a R5-million payout on leaving in 2014.

It also emerged his eventual successor, Brian Molefe, received over R9.4-million total remuneration in the 2015/16 financial year. That’s before the controversy over his R30-million pension payout signed off by officials ticking boxes with blinkers on was only stopped through court action.

The parliamentary inquiry into Eskom State Capture also saw a series of senior Eskom executives like Molefe and ex-chief financial officer Anoj Singh, alongside various board members, claim ignorance of the full picture of State Capture, despite the #GuptaLeaks long ago having exposed the manipulations of procurement to, for example, facilitate the purchase of the Optium coal mine by the Gupta-linked Tegeta through a pre-payment for as yet undelivered coal.

Such deals came on the back of the controversial 2007 Hitachi Power Africa multi-billion deal involving a 25% stake by the ANC investment company Chancellor House for the boiler contracts at the new Medupi and Kusile coal-fired power stations, as amaBhungane reported. Completion of those power stations ran overdue and over budget.

For years Eskom relied on government guarantees to leverage loans – it has drawn most of the R350-billion in such guarantees, the largest given to any of the SOEs – and direct bailouts from the taxpayer-funded national purse like the R23-billion raised by government selling its Vodacom shares and the R5-billion provided in 2016.

In October 2017 Medium-Term Budget Policy Statement (MTBPS) Eskom was described as a “significant risk to the entire economy”. Its financial dire straights emerged in January 2018, when Eskom effectively was forced to publish its financials by the Johannesburg Stock Exchange or face the delisting of its bonds.

How this Eskom wage debacle is settled will set the tone for Ramaphosa’s new dawn – of whether it’s more favourable to those used to air-conditioned boardrooms or those at the coal face. DM