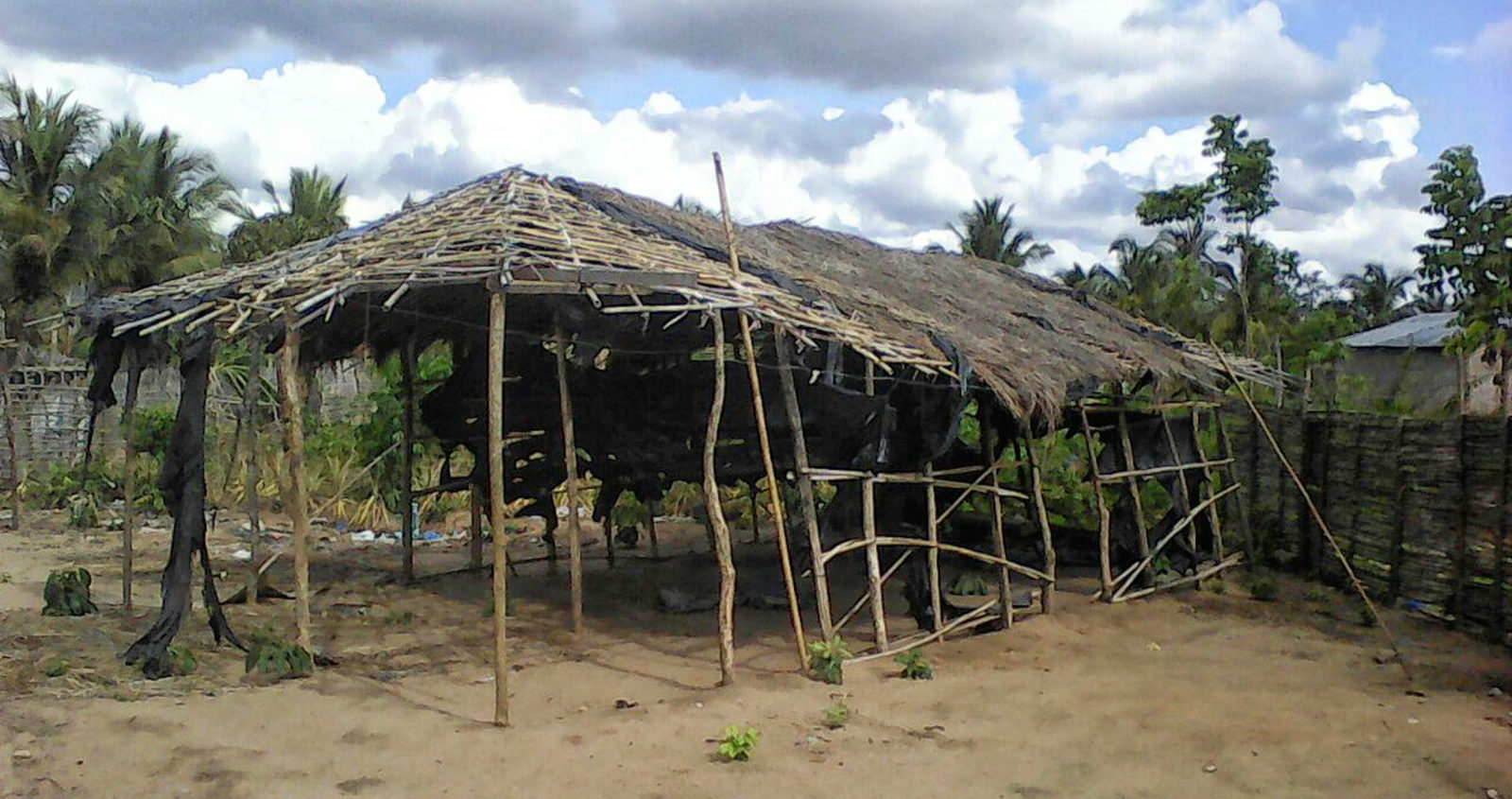 Government has to know what it is dealing with on the ground to plan effective counter-measures.

Militants burned about 100 houses and beheaded an elderly man who refused to abandon his house, whereas other residents fled after they received warning about the attack. On 5 June 2017, six people were killed in an attack on Naunde village in the Macomia district. These attacks are marred by extreme forms of violence, with scenes of beheadings and arson. Yet, a disturbing shadow violence remains present, with more speculation than fact on the reasons for these attacks.

In analysing the formation of violent extremist groups, a singular narrative of “Islamist extremism” as reason for the attacks in Mozambique lacks critical evidence and for now is nothing more than a speculative response with grave policy implications.

An “Islamist extremism” narrative is for the most part informed by the type of attacks (beheadings), the presence of Ahlu Sunnah Wa-Jamo/Shabaab and a photo of Islamic State fighters shared on unofficial fan boy channels referring to an imminent pledge of allegiance to the leader of the Islamic State, al Baghdadi.

In analysing the validity of the narrative, the indicators to justify the presence of such an extremist groups require attention. In this regard, a clear distinction has to made between push and pull factors.

Push factors refer to the socio-economic, cultural and political realities within Cabo Delgado Province. In my previous article, reference was made that indicated the presence of such factors. The Cabo Delgado region contains several push factors, such as poverty and unemployment, a lack of equal economic opportunities, lack of government services and socio-economic development projects. These realities are aggravated by accusations of government neglect and of officials engaged in corruption. These push factors give way to increased dissatisfaction and always contain a high risk for acts of violence.

However, by no means should such push factors be equated with an automatic evolution into “Islamist Extremism”. Push and pull factors correlate with other types of extremism such as nationalist extremism and not just Islamist extremism. So even if the push factors exist in this environment, it’s just an indication that there are people inclined to execute violence, a matter of equal concern.

Hence we need to turn to pull factors. Looking at the formation of extremist groups, be it religious, criminal or nationalist, several factors played a central role around the world. Local and regional extremist groups like the Lord’s Resistance Army (LRA), Boko Haram (Northeast Nigeria), the Revolutionary Armed Forces of Colombia (FARC) and Basque separatist group (ETA) are but a reminder of the manifestation of extremism in various forms, with varied motivations.

Pull factors are intentional initiatives whereby the push factors are directed towards an extremist identity. Intentional initiatives refer to propaganda messages, meetings and recruitment tactics with the aim to convince and gain support for an extremist ideology. These intentional initiatives are reliant on an organised structure with self-appointed leaders that constructs an identity defined in a religious cause as alternative to a “corrupt system” and whereby a self-defined doctrine justifies the use of violence. Individuals are radicalised into a belief that the association with the specific group allows an avenue for contributing to a cause in which they are fighting a suppressive system, be it local, regional or international.

This begs the question: Are these selected pull factors present in Mozambique?

For this we need to turn to Ahlu Sunnah Wa-Jamo/Shabaab.

Relying on recent studies that interviewed locals the group is an Islamic religious sect mainly active in the area of Mocimboa da Praia in the Cabo Delgado region, formed in 2015, though some indicated 2012. The sect had two makeshift mosques in the Nanduadue neighbourhood. The Mozambican Islamic Council referred to a Kenyan radical imam, Sheikh Aboud Rogo Mohammed’s propaganda videos that have influence Swahili Sunnah. Sheikh Aboud Rogo Mohammed was killed in 2012 in Mombasa (Kenya) by unknown attackers. Links between Swahili Sunnah and international terror groups remain unverified, confined to the influence of propaganda videos by radical clerics.

Interviews with residents revealed that the leader of the sect seeks to replace government structures with institutions based on Sharia law that includes resolving family matters, addressing crime as well as the removal of Christian symbols in the town. Residents added that the sect declines any negotiations with the government and rejects any national symbols of Mozambique to be visible in the town. The sect also has called on residents to refrain from sending their children to secular institutions such as state schools and hospitals.

The sect is, according to the locals, comprised of young people ranging in age from 20 to 35 years currently operating in individual cells in areas such as Macomia, Palma and Nangade. Unverified reports also referred to people who joined voluntarily and have travelled to Tanzania, Kenya, or Somalia to get military training. How many cells is a matter of speculation.

Irrespective of all of the above there is no comprehensible doctrine available to which supporters adhere, with the implication that there is a lack of a confirmed alternative identity that inspires acts of violence. There are no verified leaders taking lead in spreading a specific extremist ideology and therewith a structural presence seems lacking. Hence, essential pull factors continue to be a matter of opinion rather than fact. Propaganda videos as means of recruitment for supporters are questionable in that radicalisation is a complex process, not reliant on only watching videos. To complicate the matter, if these attacks were executed in entrenching an alternative option to the current system of governance, surely claims to credit would have been forthcoming. For now there are simply no such claims. References to cells operating in an unorganised manner in Cabo Delgado indicate individuals with extremist tendencies executing opportunistic attacks rather than being part of a structure seeking a singular extremist objective. Estimations of support ranges from 350 and 1,500 attackers, with the wide range indicative of how little is known about the motive and organised nature of attackers. Eyewitnesses however refer to cell structures in which a specific individual acts as leader, signifying that some form of leadership is present.

What then about the Islamic State? Media reports referring to Islamic State presence is based on speculation. On May 30, 2018, unofficial telegram accounts shared photos of Islamic State supporters inside Mozambique with a promise that a pledge of allegiance to Abu Bakr al-Baghdadi is imminent. Since then reference to Mozambique remained silent. If indeed there were direct involvement and following known Islamic State propaganda methods, attacks and involvement in Mozambique would have seen claims to credit with accompanied propaganda of a sustained ability to expand in Africa. By no means can the absence of Islamic State be stated as fact, but for now a presence equally remains unproven. 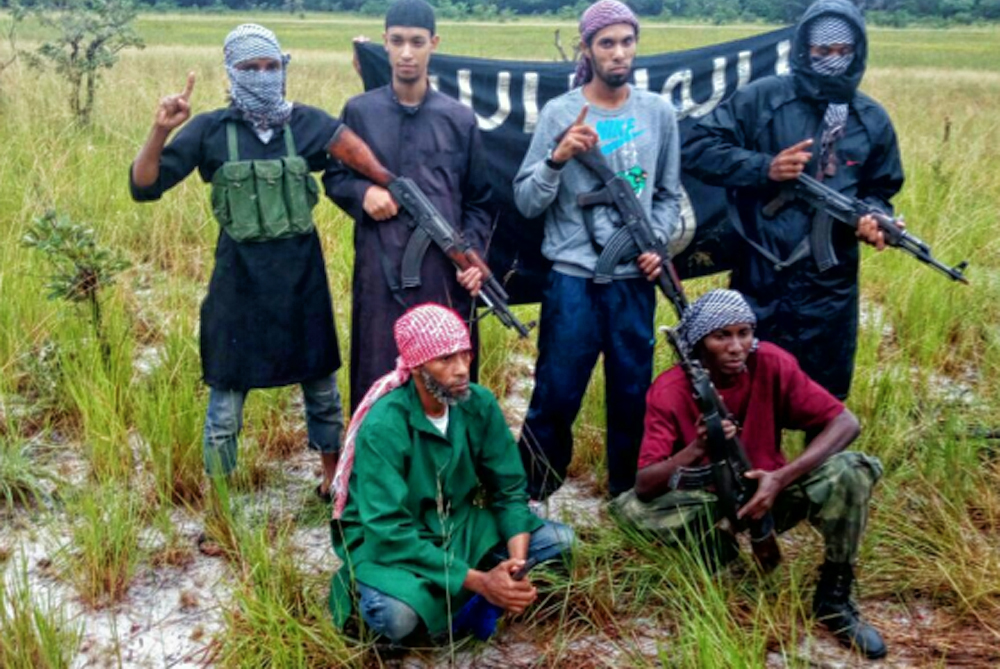 Photo as shared on Telegram

Irrespective of a current context with more questions than answers, the Mozambique government has to respond as an anarchic situation can only feed fear, tensions, killing of civilians and negate economic development. The risk of an escalation into an insurgency, guerrilla warfare tactics or continuation of cell attacks cannot be ignored.

Whatever scenario is to take hold in northern Mozambique, the current situation is of grave concern, and with a Mozambique government clamping down in an indiscriminate manner, the divide is ever increasing. An environment of instability and fear favours both illicit smuggling networks, acts of violence and push factors favourable for an extremist ideology. Whether the local environment will be acceptable to an extremist ideology ironically will also rest on how the Mozambique government respond to a threat they are struggling to define. Apprehending about 470 people accused of violence and not approving a community voice via peaceful demonstrations does not bode well for the immediate future.

At a tactical level, law and order operations become critical, but the effectiveness of such operations needs to be individual and cell specific. The need for tactical intelligence on perpetrators (who and where) will depend on how communities are being incorporated as partners and not suspected perpetrators. A concerning risk is reports of collaboration between Erik Prince and the Mozambique government introducing private security companies to support law and order operations. Prince is the owner of Frontier Services which provides private security services. Prince is the former owner of Blackwater that was responsible for security to US troops in Iraq. In 2007, Blackwater guards were accused of killing unarmed Iraqi civilians in Baghdad. The incident is referred to as the “Nisour Square massacre” that left 17 people dead and 20 seriously injured. In 2014, those responsible for the killing were sentenced to 30 years in prison, with one guard receiving a life sentence. In 2017, Prince also suggested the outsourcing of the Afghanistan war to his company.

His role in Mozambique has already raised suspicion when it was announced that Prince will partner with a tuna-fishing company Ematumat, a state-owned Mozambican company that was at the centre of “a hidden-loan scandal and resulted in the country defaulting on its debt” in 2017 (Bloomberg).

If Prince’s company is to going to be introduced in fighting the Shabaab group, the question for now is who are they going to target? The situation in Mozambique cannot be compared to Iraq nor Afghanistan, where insurgency war tactics and terrorism are well entrenched. Taking into account the history of Blackwater, which later evolved into Frontier Services, the likelihood of innocent civilians ending up as victims, human right violations and absence of due legal processes can only fuel rather than counter pull factors.

At a strategic level the possible evolution of current conflict dynamics into pull factors have to be central to policy formulation. One of the primary risks in northern Mozambique is an inclination towards disengagement with government, and with that an environment is created for exploitation by extremism. Law and order operations can easily create an impression of stigmatisation and unfair targeting. The Mozambique government is currently in a favourable position with both local communities and organized Muslim structures denouncing the attacks.

It is of pivotal importance that the motivations of the attacks, be it criminal, local socio-economic grievances, foreign influence or extremist tendencies, are determined. Government needs a tangible process of implementing effective institutions whereby education, health, fair legal processes and immediate assistance to those affected by the violence can create a pathway of trust and co-operation. DM