Tendai Biti: ‘We just want to show our opposition to their fascism’ 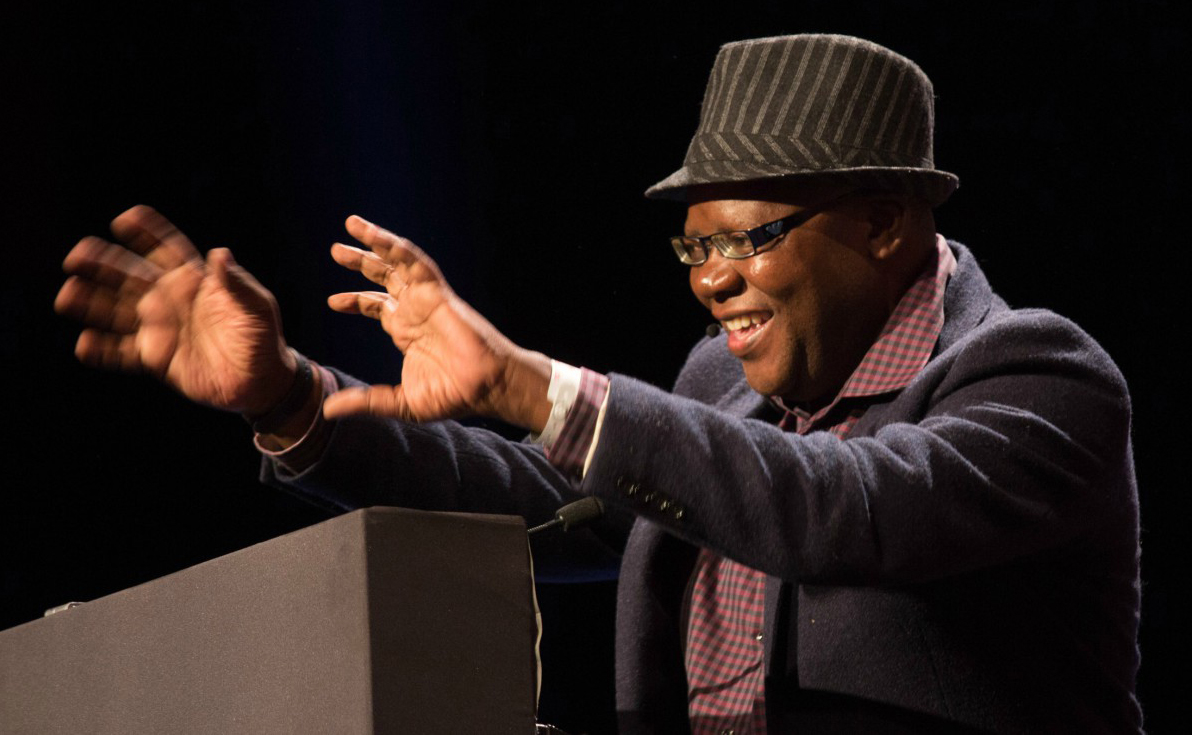 The opposition takes to the streets in Harare on Tuesday to protest against flaws in the voters roll ahead of the elections, with Zanu-PF planning a solidarity rally of their own.

Zimbabwe opposition leader Tendai Biti warned on Tuesday that the ruling Zanu-PF party planned to assault people and destroy shops to disrupt an opposition protest in Harare against flaws in the rules and procedures for the presidential, parliamentary and local elections due on 30 July.

President Emmerson Mnangagwa, who ousted long-time President Robert Mugabe is standing as presidential candidate for Zanu-PF and has promised free and fair elections but the opposition Movement for Democratic Change (MDC) has grown increasingly concerned over several electoral issues which it says will deny it a fair chance.

Biti spoke to Daily Maverick from central Harare on Tuesday morning as opposition supporters poured into the centre of the city for the protests. Biti said he expected some 20,000 people for the protest which would be “massive”.

But he also expressed concerns about a solidarity march by Zanu-PF reportedly also planned for Tuesday in Harare. Biti voiced concern that the Zanu-PF march had been deliberately designed to disrupt the opposition protest.

“That’s their DNA,” he said. “They will try to break shops and beat up people and then blame us.” But Biti added that the opposition voters wouldn’t buy into that plan. “ We just want to show our opposition to their fascism.”

Biti said the first target of the opposition protests was the flaws in the voters roll. “ We want full disclosure of the voters roll. No one has seen it yet,” he said. Earlier the MDC had said it demanded an external audit of the roll.

Biti said the Nomination Courts were supposed to sit on 14 June to decide who could be candidates for the 30 July presidential and parliamentary elections. Opposition parties should have had the opportunity to see the voters roll well before then so they could challenge voters who should not be on the roll.

He said the opposition was also protesting that the government had not been transparent about the ballots, including the quality of the paper they were printed on, who should print them and where. The opposition wanted to be consulted on these issues.

He added that the opposition was also protesting the government’s unilateral decision to add an extra 1,500 polling stations to the 10,000 which they had previously agreed on with the opposition parties.

Biti said the role of the military in the elections was another major concern of the opposition. This included the deployment of soldiers to opposition rallies.

“Every rally we are having in the rural areas, people are complaining about the presence of military soldiers that are dressed in civilian clothing that have been deployed to interfere with the electoral processes,” Biti has told reporters. The opposition is also demanding that military personnel be kept away from the electoral commission as they have been suspected of helping to rig past elections.

Biti added that the military high command had never rescinded its pledge before the 2002 presidential elections that it would not salute a president who had not fought in Zimbabwe’s liberation war. The MDC’s presidential candidate Nelson Chamisa, 40, is of course too young to have fought in the war but Mnangagwa, 75, did.

The opposition has also demanded an external audit of the voter register and equal coverage on state media. Biti said Zimbabwe still had only one national television station, the Zimbabwe Broadcasting Corporation which was broadcasting Mnangagwa’s rallies live but not those of the opposition.

And the opposition is demanding that Zimbabweans abroad should be allowed to vote. On 30 May 2018, the Zimbabwe Constitutional Court ruled that Zimbabweans outside the country could not participate in the elections unless they returned to the country to register and vote.

Legal commentators have said this decision directly violates a 2013 decision of the African Commission on Human and Peoples’ Rights that the prohibition on the right of Zimbabweans living abroad to vote constitutes a clear violation of the African Charter.

Biti said the court decision also violated Section 67(3) Zimbabwe’s constitution which stated that every citizen had the right to vote. This section goes further by saying this right holds regardless of where they reside.

But Biti said they needed to be on the ground already to observe the run-up to the voting.

“It is our considered view that if these issues are not addressed the prospects of a truly fair, free and credible election in Zimbabwe will be a mirage,” Biti had earlier told reporters. DM