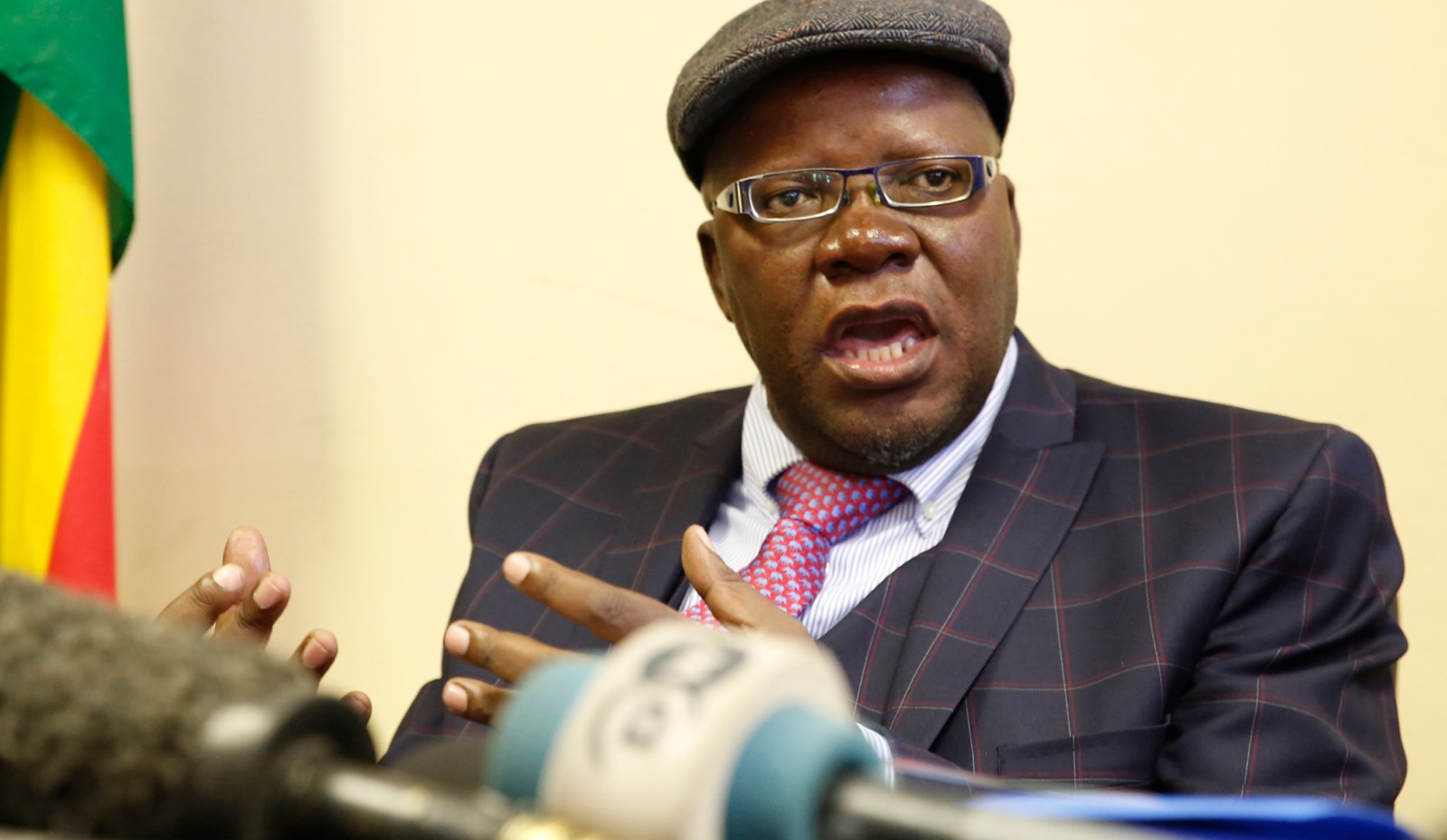 Tendai Biti, President of the People's Democratic Party (PDP), and one of the leaders of Zimbabwe's main opposition Movement for Democratic Change (MDC) Alliance, addresses a press conference in Harare, Zimbabwe, 01 June 2018. Biti has called for a mass protest on 06 June if electoral reforms are not dealt with and a level playing field created by the Zimbabwe Electoral Commission (ZEC). EPA-EFE/AARON UFUMELI

On 30 May 2018, the Zimbabwe Constitutional Court in Shumba and others v Minister of Justice and Parliamentary Affairs & others ruled that Zimbabweans outside the country could not participate in elections and in particular in the harmonised elections scheduled to take place on 30 July 2018, if they did not return to the country to register and vote. This finding directly violates a 2013 decision of the African Commission on Human and Peoples’ Rights that the prohibition on the right of Zimbabweans living abroad to vote constitutes a clear violation of the African Charter.

Three Zimbabwean citizens who are resident outside the country brought an application before the Zimbabwe Constitutional Court to challenge provisions of the Electoral Act which limit the rights of Zimbabweans living abroad from registering and voting in elections.

The impugned provisions do not provide for external voting measures for those who live abroad, instead requiring those who wish to vote to return to Zimbabwe to register and then again to vote in person. The provisions also state that if someone is not resident in their constituency for more than 12 months they are removed from the voters’ roll entirely.

However, the Act allows those in government service and their spouses to vote via the postal service if they reside outside the country. So in principle there are already measures in place which facilitate access to voting for citizens abroad. The court however refused to extend recognition of this right to all Zimbabweans outside the country.

Gabriel Shumba and the other two applicants argued that these limitations violate their constitutional rights to universal suffrage for those citizens over the age of 18 and to equality and non-discrimination. Section 67(3) of the constitution is very clear when it states that every citizen over the age of 18 years is entitled to vote regardless of where they reside. The constitution allows for the legislature to set residential requirements “to ensure that voters are registered on the most appropriate voters roll”; however, it states further that any residential requirements must be consistent with the rest of the constitution, especially section 67. Given these provisions in the constitution, the residency requirements set out in the Electoral Act should accordingly not be able to entirely negate the right of any adult Zimbabwean to vote. Even the Zimbabwe Electoral Commission which was cited as a party in the matter did not oppose the application, indicating that it would abide by the decision of the court.

Shumba is a refugee who experienced persecution and torture at the hands of Zimbabwean authorities. While he fled many years ago, he retains his Zimbabwean citizenship and a strong interest in the future of the country and should be entitled to exercise his right to vote. The other two applicants presented similarly strong grounds for requesting out-of-country voting privileges.

The major issues contested in argument before the court were the residency requirements and the fact of a constituency-based electoral system which seemingly excluded citizens who could not show residency in a particular constituency. The electoral law allows people such as civil servants abroad on official duty to be “deemed” to reside in a constituency when they are outside the country. This can logically be extended to other Zimbabweans who are abroad, especially given that in the most part they have left for economic reasons; many send vital remittances to the country and continue to have a strong bond with and interest in the country.

The court failed to address the issue that any Zimbabwean can still vote in presidential elections – regardless of residence in a constituency but by the fact of being a citizen. The court seemed preoccupied with the financial implications of facilitating a diaspora vote despite the fact that the state failed to raise this argument as reason to refuse the vote.

In view of the fact that elections are less than two months away, the court had the opportunity to grant in principle all Zimbabweans the right to vote even if this vote for practical reasons could not be exercised at the forthcoming election. This would have obliged the state to work incrementally towards the progressive realisation of this right in future elections.

The unpalatable requirement that all Zimbabweans who wished to vote must return to the country to first register and then return to vote is unreasonable and simply impossible for many in the diaspora. This view is also not compatible with Zimbabwean President Emmerson Mnangagwa’s own claim that “Zimbabwe is open for business”.

This slogan has been brandished about a great deal since the November 2017 coup de’tat which dethroned former President Robert Mugabe. It refers to a series of policy reforms as well as the introduction of new provisions in current laws in a bid to undo past wrongs. In particular it refers to Zimbabwe opening itself up to foreign investment. It seems that Mnangagwa is trying to facilitate Zimbabweans’ interaction with the global economy while failing to address the concern that those who go abroad can lose fundamental rights.

Mnangagwa had previously stated that the country did not have the required resources, logistics or capacity to give the vote to hundreds of thousands of Zimbabweans based outside the country. He did at one point agree, in an interview given at the World Economic Forum in Davos, on the need to allow Zimbabweans in the diaspora to vote. He has since backtracked on this position and has more recently stated that Zimbabweans living abroad had not been denied their right to vote as those who were “serious” could come back home to register under the ongoing voter registration and vote when the time came. Of course this does not consider people like Gabriel Shumba who are refugees and, therefore, unable to return to the country in which they experienced persecution and torture.

The court has echoed Mnangagwa’s sentiments in its findings. The court was at pains to present legitimate legal grounds for refusing this application – and in so doing failed to realise the spirit of the Zimbabwean constitution. The courts are the guardians of the Zimbabwean constitution and have an obligation to entrench a culture of constitutionalism. A progressive interpretation of this fundamental right would have gone a long way as a display of judicial independence and integrity. It is not for the courts to implement government policy or preferences. This finding is a tragedy for Zimbabweans everywhere. DM