Untangling the role of journalism when the model is broken 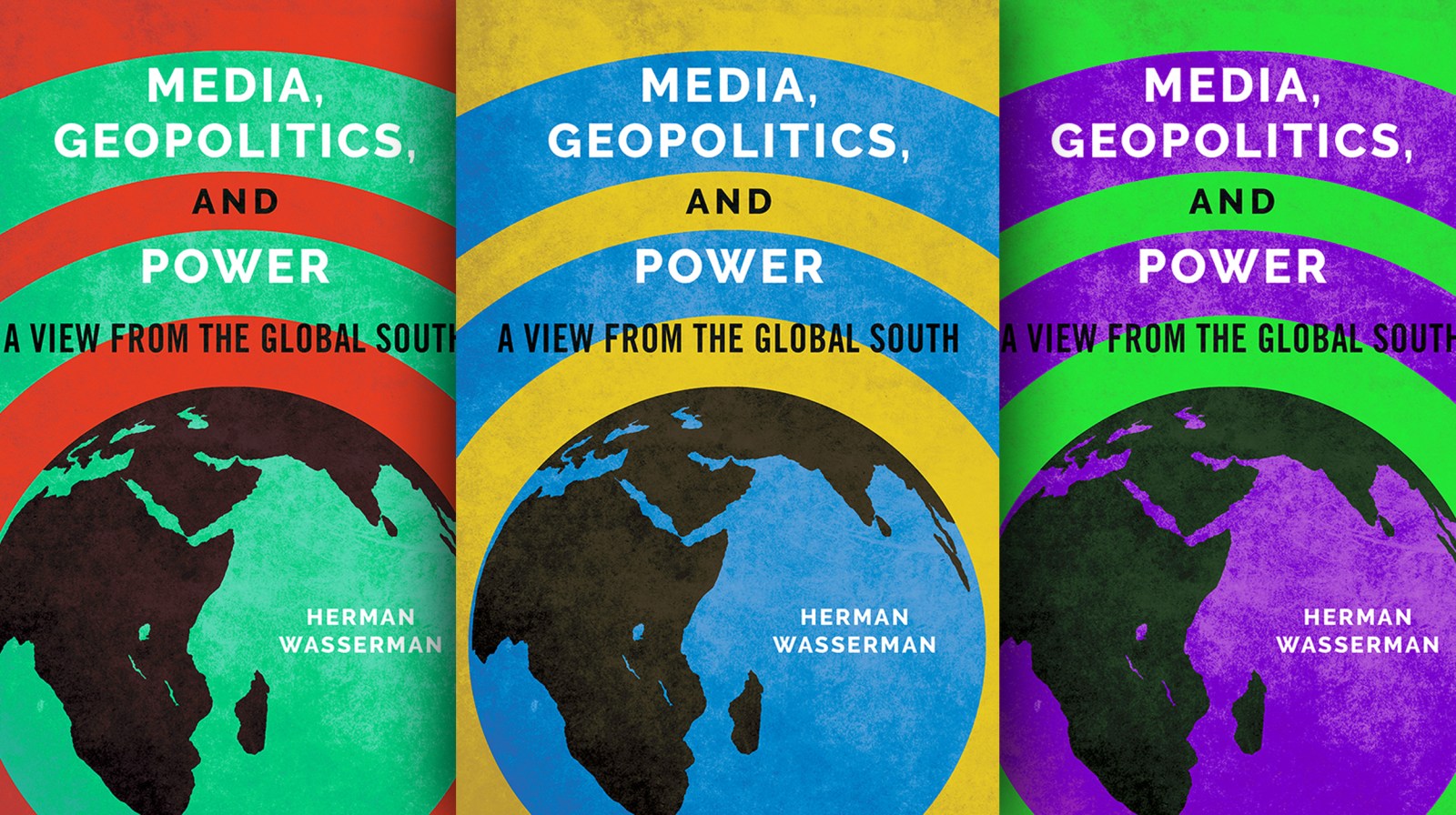 Herman Wasserman’s book: Media, Geopolitics and Power: a view from the Global South is an important contribution, written in an accessible style which students and academics – both local and global – can benefit from.

When academics in the global north write books, they don’t necessarily locate themselves as a particularity, as in: “a view from the United States” or the United Kingdom. They just occupy the universal space in the public sphere as though they are they good for the whole world. They assume we will adopt the same gaze. We tend to.

Along comes Herman Wasserman’s book: Media, Geopolitics and Power: a view from the Global South (2018, UCT Press). He qualifies that “global south” is a slippery term.

The book takes stock of how geopolitics shaped media politics. The aim of the book, the author says, is not to provide a landscape picture of SA media as though it is a case or “area” study but rather it aims to indicate how local contestations and changes in the South African media landscape after apartheid are intertwined with its changing position in a global media landscape and with the shifts that this global landscape itself continues to undergo.

Wasserman correctly argues that approaching local media in the global south from within its location in the global can contribute to the de-westernising of media studies – which tends to be dominated by perspectives in the global north.

When us southerners of the world write we tend to qualify too quickly to say it’s a view from South Africa, or Brazil, or India, as though we are case studies of particular concepts. But we can avoid this if we wish to avoid sliding into parochialism in an increasingly globalised world. Nonetheless, the local intersects with the global.

Indeed we have concepts and philosophical insights to offer that could fill some big gaps in the global north. The Anglo-American framework for media studies is no longer adequate as emerging power houses in Africa, and the East emerge to challenge old stale normatives. And as globalisation becomes the key trend, we should not forget: tabloidisation has its role and is part of the hyper local side by side with vibrant cultures from Africa, of digitisation, for example, the person who invented the “please call me” app (but is still waiting his pay outs).

Journalism is opening up, Wasserman, argues, so that there is a symbiosis between citizens and news. But the question for us to ask is: to what extent? Is it opening up to let the public into the newsroom and to inform the news diary or is it just hopping up and down after social media’s vanity projects, FB, Instagram and Twitter – where news often breaks but mainly it is people opining about something banal or the other, making “brands” of themselves through being watched cutting their hair or exercising, and “earning” a living this way.

The above is not journalism. Journalism as we knew it is dying, with decimated newsrooms, but this is not the point of the book, and this is not really tackled.

But there are some key questions about who should the media be serving. This was an area of discussion at Wasserman’s book launch at Wits University hosted by Media Studies, earlier this month.

The south tends to be available for the north more often than not for “data collection” and “evidence”. However, participants in a panel discussion at which former newspaper editor and now an editor at The Conversation Africa, Thabo Leshilo spoke said that in fact better and fresher philosophy and conceptual frameworks from the south could help northern countries understand themselves, and us, better.

Some of the questions the book grapples with include:

Regarding who does the media serve, and who should it serve, Wasserman makes an interesting point about how normative roles of the media in democracy have in recent years been subsumed into fears about media freedom; we worry about the MAT and the Secrecy Bill but not what the role of the media should be.

And today there is more of a fixation about fights between media than informing the public, for example, about how to spot fake news and who the culprits are.

However, if we start to disentangle “the media” (radio, community print media, social media, tabloids) we may also find it serves more than we assume. Discussions in the public sphere about whether the developmental role of the media is in binary opposition to the watchdog role will continue and not be concluded. Likewise flows between government communications and media could be missing out the most important element – public voices. Wasserman appears to endorse UJ political analyst Steven Friedman’s view that mainstream media is a “view from the suburbs”.

For example, if there is a protest, we hear about which is the most convenient route to take, and which to avoid, as your car may get damaged from stones or you may not get to your important destination on time due to closures. The middle and upper-classes don’t seem to care what the protest was about.

For Wasserman, there is not enough diversity in media in SA, and that while being a “gem” in our democratic matrix has not always played a “constructive role”.

However, it can also be argued that it has played an extremely constructive role in unintended ways – take the stories about SARS, Eskom, Denel, and the Treasury, Nkandla and the Guptas: where would we be without the very bulldog (more than watchdog) approach of the investigative media today?

Where Wasserman is correct is that since the demise of apartheid the alternative media died. It is a great pity that everything is just about dominated by commercial interests today: shouldn’t it be a public good? This means media’s role in deepening democracy is hampered. And of course alternatives on how to make the world a better place, to what is currently on the table, are not fully aired.

As for analysis on what’s happening in the media, the same old debates about media and who is fighting who are aired. Some editors think this will sell their papers, yet in the age of fake news, people are less interested in these inanities. I am told by young students who I teach: “Who cares? They just airing what we already know happens.”

The book states that media in SA is freer than it’s ever been. But global conditions have impacted and “tectonic shifts” have created a crisis for journalism.

I don’t have many criticisms of the book: China, I didn’t get the link – that’s ignorance on my part and I will focus more on that part of the book now.

The main thing is that this is an important contribution, written in an accessible style which students and academics can benefit from, both local and global. I will benefit from reading about China and Africa.

Wasserman is right, we must focus on the normative role of the media but the question is how do we perform that role when newsrooms are decimated, juniorised, and the model of journalism is broken forever? This requires further innovative thinking, and more research and writing. This book is a great start. DM