Tragic attacks in Afghanistan a reminder of global dangers for journalists 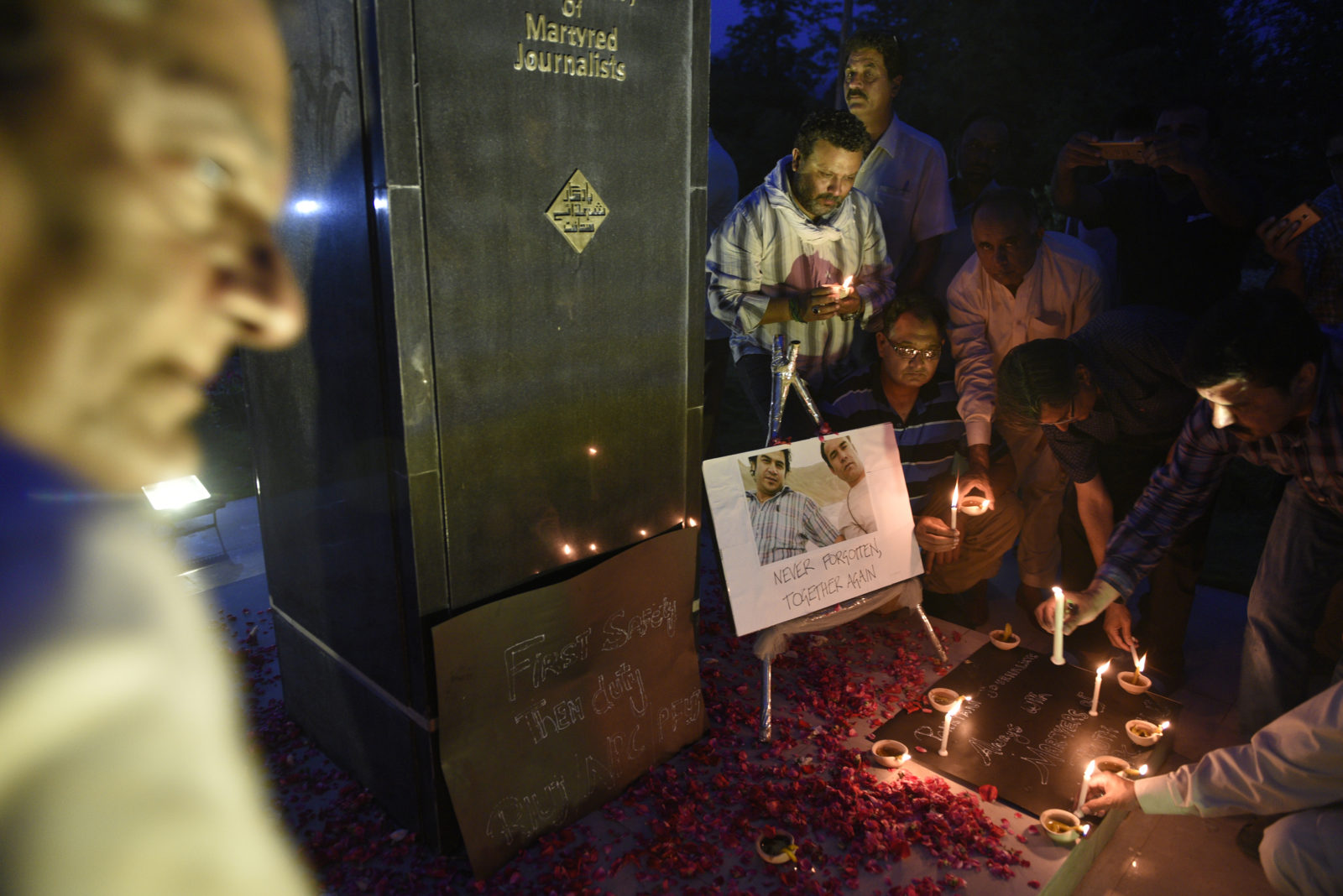 The deliberate targeting of the media in Afghanistan is a dire threat to the holding of free and fair elections and undermines the country’s attempts to bring peace and stability.

“Every morning as I go to the office and every evening when I return home, all I think of are cars that can be booby-trapped, or of suicide bombers coming out of a crowd,” Afghan photojournalist Shah Marai wrote on his blog in 2016, reflecting on the dismal prospects for his country 15 years after the American invasion.

Marai, who worked his way up from driver and translator to become AFP’s chief photographer in Kabul, was full of anxiety but nonetheless committed to his work.

And there was good reason for this. At least 45 journalists and media workers have been killed in the country since 2001. The past three years have seen an uptick in deadly attacks even though the targeted murders of journalists had declined, according to CPJ’s 2017 Impunity Index. Until this week.

On Monday 30 April, as Marai was headed to the scene of a suicide blast with his camera, rushing to the site within minutes of the attack and assuring his colleague on the way that he would take photos and video, his fear came to fruition.

A suicide bomber, disguised as a member of the media, set off his explosives several minutes after the initial explosion in what appeared to be a deliberate attack on journalists and first responders who flocked to the scene. At least nine journalists were killed in the brazen assault. In a separate attack, unidentified gunmen shot dead a BBC Pashto journalist, Ahmad Shah, in Khost province on the border with Pakistan.

The tactic of targeting journalists who head to the scene is not new. Suicide bombers in Pakistan and Iraq have also targeted journalists in double-suicide attacks, waiting for journalists to gather at the scene of a bombing before launching another attack. In 2013, at least two journalists were killed while reporting on the aftermath of an explosion in Pakistan, while the year before several Pakistani journalists were injured in a bomb blast apparently targeting media and other first responders who were responding to an earlier explosion.

Attackers know that journalists will be covering events such as explosions, attacks, or vigils, because the events are inherently newsworthy. By deliberately targeting them, assailants are seeking not only to murder reporters but to send a signal to the broader public: beware.

The attack was the most deadly day for journalists in Afghanistan since the fall of the Taliban in 2001, which is significant for a country where journalists are routinely killed, threatened and attacked for reporting the news. It is also devastating to Afghanistan’s burgeoning independent media scene as the country prepares for parliamentary elections scheduled for October 2018.

And it was not just an attack on Afghan journalists, but on the global information network, because without these journalists, the world would not know what is going on in Afghanistan.

Some of the journalists killed were under 30 years old, and thus part of the next generation of journalists who would be covering their country’s transition and helping to hold those in power to account.

Maharam Durani, a 28-year-old law student who was training to become a journalist, was one of them. She was due to start working on one of the US-funded RFE/RL’s Radio Free Afghanistan weekly women’s programme on 15 May. Instead, she has become one of the seven women journalists killed in the country since we began documenting in the early 1990s.

Durani’s death is a blow not just to her family and colleagues, but to young women throughout the country who aspire to a career in journalism. A 2017 study by the Centre for the Protection of Afghan Women Journalists found that the presence of women journalists in Afghanistan has decreased recently, especially over the previous two years, mainly due to insecurity and violence.

One must truly be brave to pursue a journalism career in Afghanistan, where journalists face threats not only from non-state actors like ISIS and the Taliban, which have claimed responsibility for bombing media organisations over the years, but also from security forces.

In 2017 ISIS killed at least six people in an attack on the Jalalabad office of National Radio Television of Afghanistan (RTA) and injured many more in a suicide attack on leading Pashto-language Shamshad TV. It’s hard enough for media organisations to protect themselves, much less their journalists.

Like the vast majority of journalists killed each year, the 10 killed just days before World Press Freedom Day were local journalists, committed to bringing the news of their homeland to the public.

Of the 1,290 journalists killed since CPJ began keeping records in the early 1990s, 1,136 were local journalists. Sadly, it is nearly guaranteed that no one will ever be brought to justice, as nine in 10 killers of journalists go free.

The Afghan government must respond swiftly and decisively by launching an investigation into these brutal murders and ensuring that those who ordered the killing of the BBC’s Shah are not allowed to roam free.

The international community, including the UN, should support these efforts.

The deliberate targeting of the media in Afghanistan is a dire threat to the holding of free and fair elections and undermines the country’s attempts to bring peace and stability.

On World Press Freedom Day Afghan leaders must pay tribute to Marai, Durani, Shah and all of these brave journalists who lost their lives by taking decisive and meaningful action to turn the tide on impunity and send the signal that the murder of journalists will no longer be tolerated. DM