How much did State Capture cost South Africa? 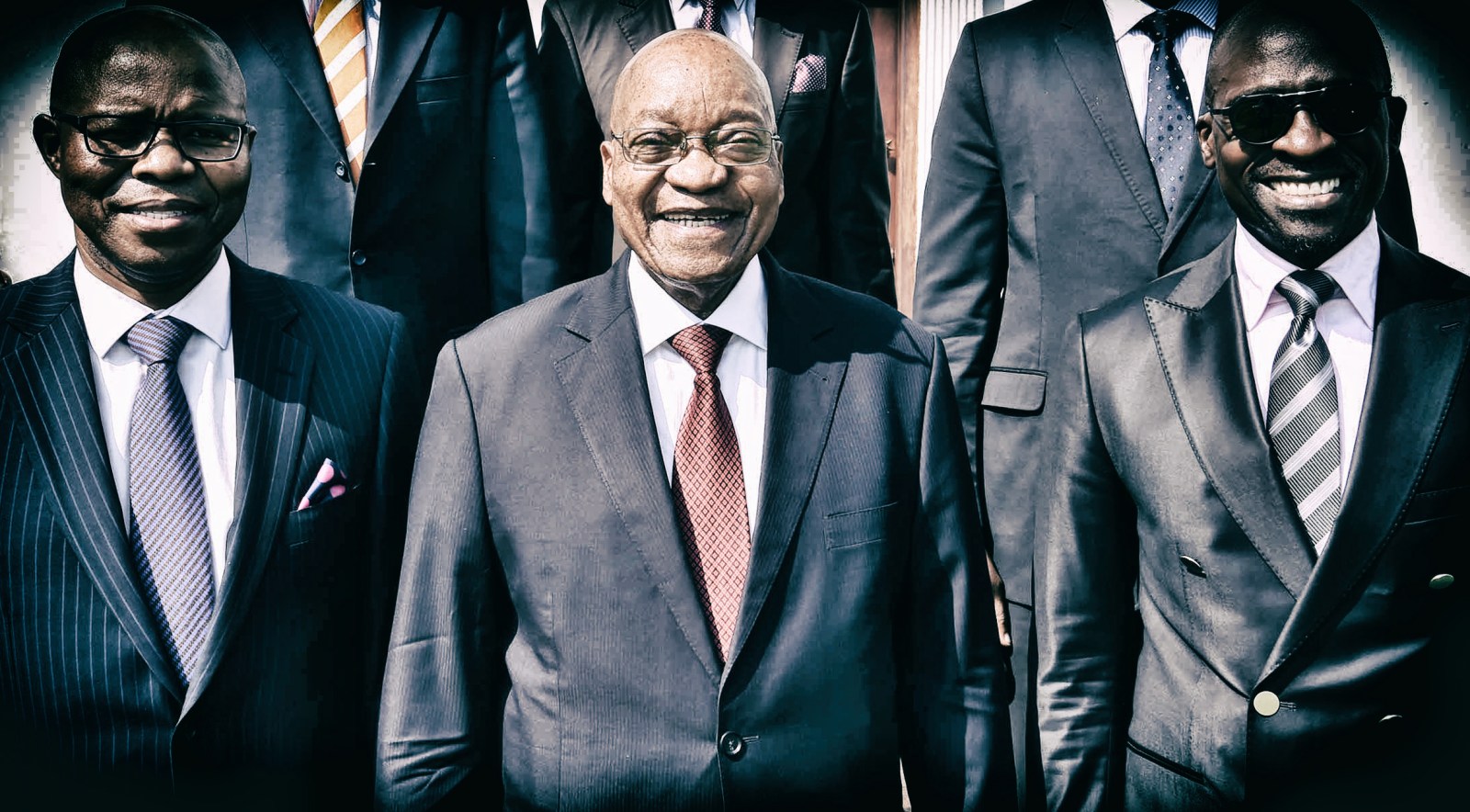 Two committees. Two very different topics – illicit tobacco trade and State-owned Entities (SoEs). One common denominator in Parliament on Wednesday: the cost of State Capture to the national purse, and its impact on governance.

It was one of those rare moments. Public Enterprise Minister Pravin Gordhan sharply contradicted Transnet CEO Siyabonga Gama, who had told MPs he’d answer their questions on disciplinary steps against those implicated in corruption at the next scheduled committee meeting on 30 May, as per the agenda.

That’s when Transnet board internal audit committee chairperson Seth Radebe hauled out pen and paper to take notes. After Gama simply told MPs there are investigations, it was his turn to speak. There was a final draft report dated 17 April, said Radebe, and despite the need for further investigations to finalise areas the contracted investigators could not complete, action is being taken. That included laying criminal charges against McKinsey and the Gupta-linked Trillian and Regiments at the Hillbrow police station in Johannesburg.

While the McKinsey, Trillian, Regiments connection to fellow State-owned Entity Eskom is better known – off-the-books dealings there generated some R1.6-billion in payments – there is also a connection to Transnet over its R50-billion tender for 1,064 locomotives.

McKinsey in 2015 advised that this acquisition was required. At the time it had a relationship with Regiments, parts of which later morphed into Trillian, also linked to the Guptas, as the #GuptaLeaks showed in 2017.

“I can’t verify what’s just been said,” he said.

It’s not clear why there was a need for further investigations, given that at least one already completed investigation had recommended action against three officials – “The three should have been summarily dismissed,” said the minister – and the Transnet response comes amid a series of moves to limit access to available information. All this was part of the circuitous passing of the buck between board and executives.

Bookies may have a field day on the odds of how long this Transnet board and management will last. It’s the same team that presided during much of the recent State Capture years, unlike the boards of Eskom, arms manufacturer Denel, the Passenger Rail Agency of South Africa (Prasa) and SAA, which recently have been largely changed out.

Why is this exchange important? It illustrates how a minister with political determination and understanding that the buck stops with him, or her, can affect officialdom’s conduct. It shows the pushback and obfuscation from officials often used to indulgence by MPs to sidestep accountability with fuzzy PowerPoint presentations stating generalities. And it illustrates the breadth and depth of State Capture, hinting at the time and effort it will take to unravel.

Meanwhile, at the finance committee, it emerged how the national purse lost an estimated R5-billion in 2017 – and R27-billion since 2014 – as a consequence of the politically pliant appointments at the South African Revenue Service (SARS) and the ensuing dismantling of structures amid politically motivated machinations, all in the vein of State Capture modus operandi.

That R5-billion loss of cigarette excise tax earnings, according to the Tobacco Institute of Southern Africa (Tisa) chairperson Francois van der Merwe, arose after SARS had stopped doing anything about illicit tobacco trade in 2014.

Officially, none of the entities briefing MPs – from SARS, the Hawks, National Prosecuting Authority (NPA) and the Financial Intelligence Centre (FIC) – put a figure on the table. The closest it got were National Treasury calculations showing a just over R4-billion gap between what taxes should be collected from cigarettes and tobacco, and what was actually collected. Or to put it differently, Budget 2017 estimated excise revenue from cigarettes was R15.04-billion, but just R11.07-billion was collected. The Treasury officials indicated that “more needed to be done”.

To put this into perspective: the estimated R5-billion cigarettes and tobacco tax loss to the fiscus is 10% of the R50.8-billion Budget revenue shortfall indicated in the October 2017 Medium-Term Budget Policy Statement (MTBPS). To make up this shortfall, Budget 2018 introduced a value added tax (VAT) hike to 15%, up from 14%, alongside significant fuel levy increases that hit consumers and commuters in the pocket since 1 April.

The SARS illicit tobacco trade connection is complicated. And it’s entwined in the appointment of Tom Moyane – now suspended – at the helm of the tax collector, which triggered the departure of senior SARS officials amid bizarre smoke-and-mirror games involving the tobacco underworld and an official confidential informant posing in a honey trap, while functioning structures were disestablished. That includes Project Honey Badger, launched in 2013 to fight the illicit tobacco trade only to the disestablished by February 2017 with the suspension of its last seconded official.

Well, as it turned out on Wednesday, it was not disestablished, not really, according to SARS Group Executive for Customs, Compliance, Risk and Case Selection, William Mpye.

“We have not abandoned Honey Badger. It might not have continued with that name,” he told MPs.

“We do acknowledge we have not done enough in the past two to three years. More needs to be done.”

However, the Hawks told MPs their investigations are being stifled by SARS invoking the secrecy clause of the tax legislation, Section 4 of the Tax Act, not to provide information for its investigations. Hawks commercial crimes head Major-General Alfred Khana said he’s written to the Law Review Commission for advice on whether such strict interpretation of the legal provision even for criminal investigations was warranted. SARS denied such obfuscation.

“We do need to provide information. Where they (the Hawks) have any challenges we can raise it with the various … managers, or contact me,” said the SARS criminal case selection manager. And a mutually acceptable compromise was found – maybe it was the officials lower down the ranks that didn’t quite know.

Afterwards outside committee room M314, SARS and the Hawks got together privately for a chat on how to sort out this blockage. Business cards were exchanged amid promises to do something. It followed the closing of the ranks in committee by all from SARS, the Hawks, FIC, and NPA – the prosecuting authority rattle of statistics of 94% conviction rates, but without context like how many other cases were declined for prosecution – triggered by hard questions by finance committee chairperson Yunus Carrim. Why did it seem entities are not co-operating and only make the right co-operation commentary shortly before appearing before the committee, and again six months later at the next meeting?

“We did not introduce an increase of VAT and then we don’t get the money (that’s due in taxes).”

There was a bizarre sideshow during Wednesday’s finance committee meeting when ANC MP Thandi Tobias, a former trade and industry deputy minister, stepped in to stop DA MP David Maynier from getting answers as to how many people were part of this current not-Project Honey Badger SARS anti-illicit tobacco fight.

That was “operational” information MPs were not entitled to, she argued, even as her fellow ANC MP Carrim ruled the DA MP’s question in order. In the usual parliamentary protocol whitewash SARS was allowed to submit the information in writing to the committees. It’s unlikely it will ever see the light of day.

But this exchange in the finance committee has highlighted again how officialdom is allowed to circumvent accountability. It came even after the public enterprise committee’s Eskom State Capture inquiry public hearings did much to show how officials ticked boxes in a technicist approach to governance to justify what today is known as the facilitation of billions of rand to the politically connected, including Gupta-linked companies and their business associates.

That interaction in the finance committee also stood in stark contrast to Gordhan’s comments on SoEs – these could equally apply to entities like SARS or the various law enforcement agencies – to the joint sitting of the public enterprises committees of the National Assembly and National Council of Provinces.

“When you are ritualistic, many things are hidden. You have to go beyond ticking the boxes…. the essence of democracy is to share enough information to be held accountable,” said Gordhan. DM