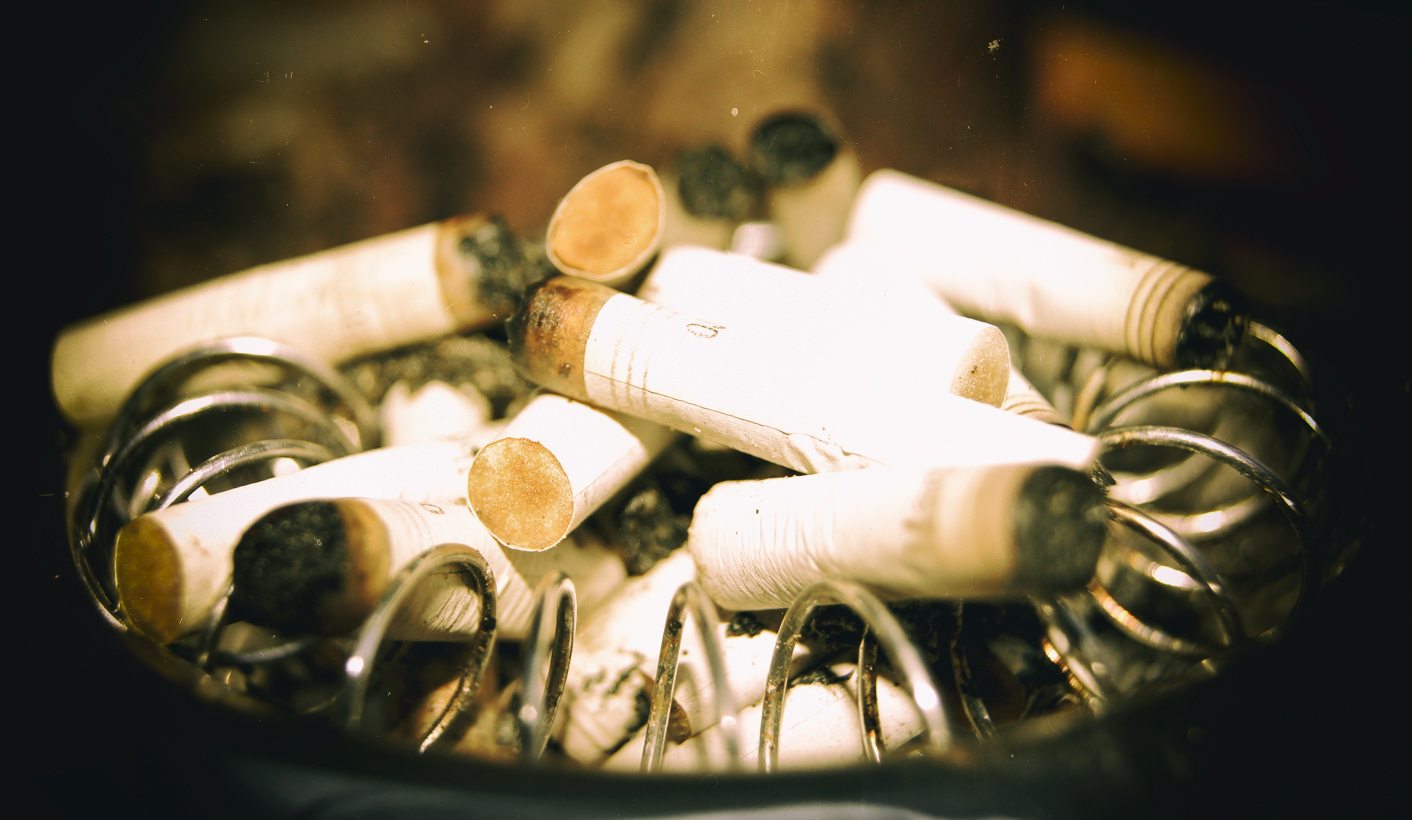 The last man standing in SARS’ Project Honey Badger investigation into the illicit tobacco industry has been suspended. The project was registered in 2013 when it became apparent that the fiscus was losing around R3-billion a year due to tax evasion, money laundering and corruption. Project Honey Badger targeted various tobacco industry players, including BAT, as well as smaller companies. It also sparked the first attack on SARS by spies and double agents and which ultimately resulted in the suspension of the entire top executive including Johann van Loggerenberg and Ivan Pillay. Now Kumaren Moodley of the Tactical Intervention Unit, one of five units once managed by Van Loggerenberg, has been shafted. His departure means that around 15 criminal cases lodged with the Hawks up to 2014 might never get to court. By MARIANNE THAMM.

While SARS has declined to comment on a notice to suspend Moodley handed to him earlier this month, the departure of this senior member of the revenue service will most certainly erode years of institutional memory with regard to several crucial investigations into major and minor players in the tobacco industry and running into billions of rand.

Daily Maverick has reliably learned that Moodley was notified of his impending suspension after SARS had approached the Hawks to obtain an affidavit (which has been seen by Daily Maverick) from a Johannesburg businessman. The affidavit was lodged in Bedforview on December 8, 2016 and relates to the importation of components for a tobacco manufacturing machine from Swaziland and the alleged placing of a tracking device on a vehicle transporting the equipment to South Africa.

The businessman, Daily Maverick has learned, was implicated in 2013 for his role in alleged money laundering and had made confessions to the Tactical Intervention Unit (TIU) and the High Risk Investigative Unit (HRIU) at the time.

He acted, according to his affidavit, as a“consultant” in the deal.

Curiously, Moodley’s name does not feature at all in the affidavit and it is unclear why he has suddenly been suspended.

The TIU played a significant role in a number of high-profile cases including:

The TIU was part of Johann van Loggerenberg and Gene Ravele’s portfolio at SARS. Van Loggerenberg managed five units of which TIU was one. It previously formed part of the Customs Border Control Unit. The TIU worked closely with other units in SARS including National Projects and the High Risk Investigation Unit (HRIU) which has been dubbed the “rogue unit”.

After the purging of SARS in 2015 the Honey Badger project limped along with Moodley as the head of the TIU. He was, effectively, the last man standing. His removal now places in jeopardy the cases against ATM, UATM, Carnilinx, Ayabatwa, Benson & Craig (the Botswana-based tobacco company part owned by apartheid killer Craig Williamson) and others involving millions of rand.

In November 2013 then SARS acting Commissioner Ivan Pillay notified tobacco companies that SARS was investigating their tax affairs. In May 2014 State Security and BAT double agent, attorney Belinda Walter, lodged a complaint against Van Loggerenberg (after their romantic relationship had soured).

This article has been changed following a complaint to the Press Ombudsman.

In an article on the Daily Maverick (DM) of 10 February 2017, headlined SARS WARS: Suspension of the last remaining key official jeopardises ‘Tobacco War’ cases, it was reported that the United Nations froze Tribert Ayabatwa’s bank accounts. Ayabatwa challenged this through the Press Ombudsman who found that this claim was incorrect. Ayabatwa’s accounts were in fact frozen by the Rwandan government.  The Daily Maverick apologises for the error. Several other complaints made by Ayabatwa in connection with the same article were dismissed.

Visit www.presscouncil.org.za for the full finding.