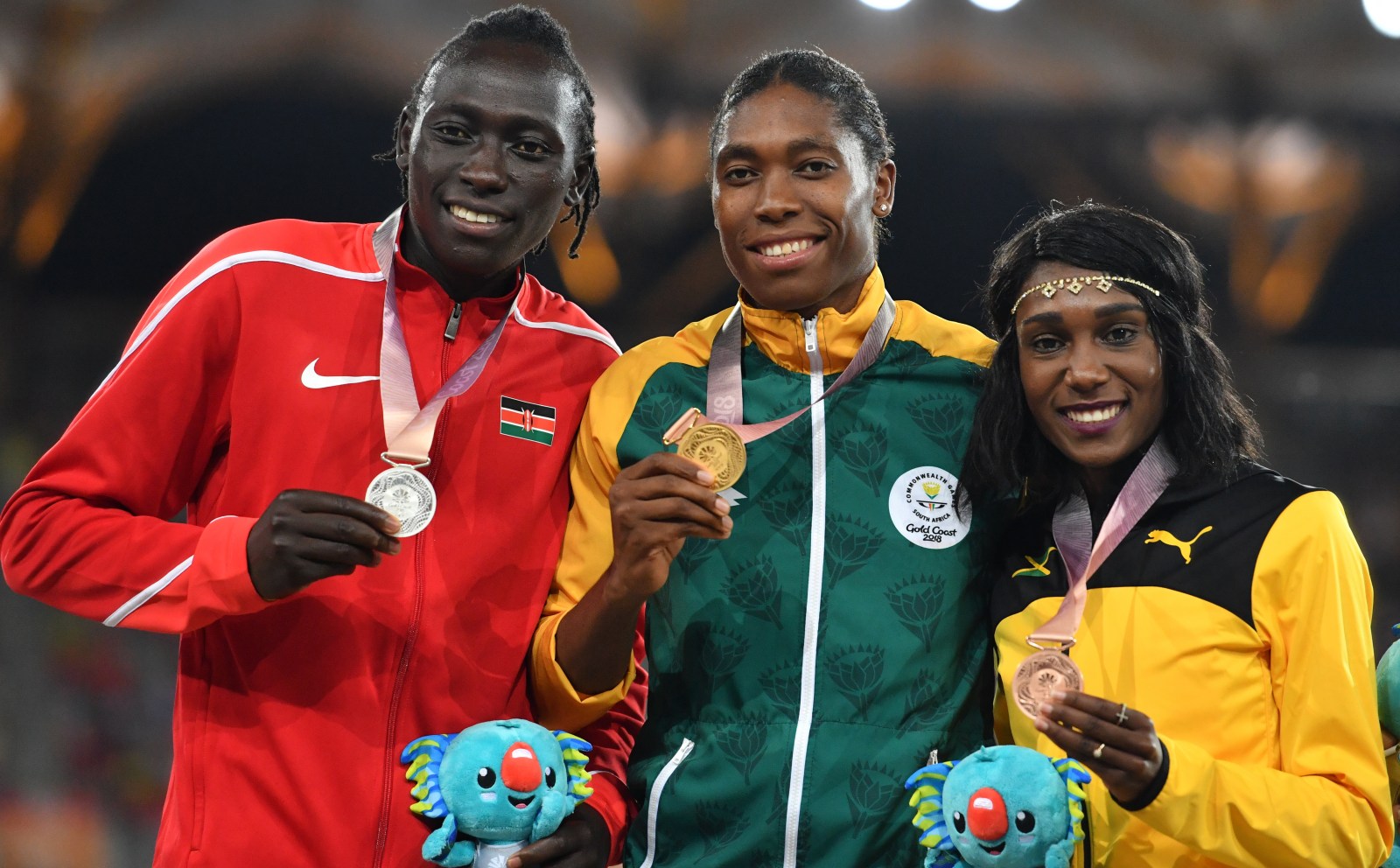 At the heart of the IAAF’s latest hare-brained policy lies a very important question: Who decides what it means to be female? It’s a question elite sport has been trying to answer for decades.

It seems entirely ordinary these days, but women competing at the Olympics wasn’t always so. It wasn’t until the 1900 Games in Paris that women first competed, albeit in an ‘unofficial’ capacity.

Ever since then, no governing body in world sport has as doggedly tried to determine who fits into which box as the IAAF and the International Olympic Committee (IOC).

By the 1940s, athletes were required to present ‘femininity certificates’ – albeit obtained independently. Men grew increasingly uncomfortable about the presence of women in certain events. Men were very worried about how “strained” women looked when they competed.

One member of the IOC, Prince Franz Josef of Liechtenstein, said he wanted to be spared the “the unaesthetic spectacle of women trying to look and act like men”, according to Susan K. Cahn’s book, Coming on Strong: Gender and Sexuality in 20th-Century Women’s Sports.

Prior to mandated tests, there were wild accusations levelled at a few athletes. Most notably Stella Walsh of Poland, Helen Stephens of the United States and Germany’s Dora Ratjen.

Walsh’s genitals were examined and she was declared female, but was later accused of being a man. It wasn’t until years later where, as the New York Times reported, an autopsy revealed “ambiguous genitalia”.

Ratjen, meanwhile, is a fascinating case. Competing at the 1936 Olympics, finishing fourth. Dora was later accused of being a gender imposter. But the exact details only became public years later.

A documentary claimed that Dora was forced by the Nazis to pose as a woman. But an account from Der Spiegel in 2009 revealed that Dora was also born with ambiguous genitalia and brought up as girl on a midwife’s suggestion. In teenage years, Ratjen felt more male, but was too uncomfortable to talk about it, so continued to live as a female.

Ratjen changed his first name from Dora to Heinrich later in life, after being arrested on a train for “posing as a woman”. Police who examined Ratjen also concluded that his genitalia was “ambiguous”.

But the scrutiny did not stop there.

By the mid-1960s, the IAAF felt that it could not trust independent tests and introduced its own. These mandated tests were crude and a gross violation of privacy. Women were paraded naked in front of “experts” so that their bodies could be assessed. Sometimes, they’d have to pull up their knees to their chests for closer inspection.

Those humiliating exams would progress to chromosome testing, and female athletes would be required to again present a “femininity certificate” verifying their womanhood.

The IOC continued to insist that this chromosome test was the definitive measure for defining sex, writing in an editorial in its own magazine back in 1968. Here, it stated that the test “indicates quite definitely the sex of a person”.

Geneticists and endocrinologists, however, disputed this. Science, they said, cannot be used to draw a line that nature doesn’t draw.

The requirement for femininity certificates continued regardless, and sometimes caused problems for athletes through administrative errors.

In 1983, Britain’s Shireen Bailey was due to run at the Europa Cup, but she had misplaced her certificate and wasn’t allowed to run.

The winner of that race was the current women’s 800m world record holder – Jarmila Kratochvílová. She had a certificate, she could run.

The UK tabloid press went to town. Splashed on the front pages were images comparing the two women – based only on how they look – asking whether it was “fair”. The controversy did not last long. Bailey was retested and allowed to compete again.

Kratochvílová’s records and achievements would continue to be steeped in controversy, but not because of her sex. Although she never failed a drug test, it has long been suggested that she was part of a sophisticated doping programme – a claim she has strongly denied.

But artificial doping and naturally occurring hormone levels are two very different things. And the body’s response to doped T-levels and naturally elevated levels might also be different – so the chromosome remained the defining characteristic.

In 1985, Spanish hurdler Maria José Martínez-Patiño became the first woman to “fail” a chromosome test, despite having had her “femininity certificate” just two years before.

She lost everything – her scholarship, her privacy, her fiancé. But she did not lose her fight. In 1988 she was defended by the genetic scientist Albert de la Chapelle, and her licence to compete was restored.

But despite the growing body of evidence that putting people in simple boxes wasn’t so simple, both the IAAF and IOC continued their pursuit of trying to define what being a woman is.

It wasn’t until 1992 that mandatory testing was suspended, but the prerogative to “assesses the sex of a participant should suspicions arise” was retained.

Chromosome tests would eventually be rendered obsolete for an accurate determination of sex, and were stopped after the 1996 Atlanta Games.

The drama, though, was far from over. In 2009, hormone testing took centre stage.

What followed is well-documented by now, and came to a head this week when the IAAF yet again announced a policy engineered to try to “protect” the category of women’s sport and “level the playing field”.

It insists that the new policy is not intended as “any kind of judgment on, or questioning of, the sex or the gender identity of any athlete”.

That statement is almost immediately contradicted when the governing body claims that women who identify as such – and have done so all their lives – must compete with men unless they do X and Y. Chromosome pun intended.

That the IAAF is arbitrarily applying its evidence to select categories is even more problematic if it is trying to argue that testosterone production is the single greatest marker for difference in athletic performance.

As per the IAAF’s own evidence, the advantage can vary. The debate then shifts to whether these advantages are “fair”.

An analogy that is often used for comparison is the fast twitch muscle fibres in some athletes, the adaption of long-distance runners who grew up at altitude, Michael Phelps’s weird feet or any other anomaly. Yes, even athletes who grow up with better nutrition and better training facilities compared to others have an advantage.

The key distinction is that sport is not defined by these differences, which brings us back to the “categorisation” of female sport.

What it means to be eligible to compete has a woman has, since women started to compete at elite level, always been based on the assumption that one singular marker is enough to classify people as male or female. We have known for a long time that it just isn’t that simple.

At the start, it was a naked parade looking at people’s bits. Now, it’s testosterone.

Because no singular marker defines sex, policies always have and always will exclude some women “unfairly”.

Yet men are often recruited and praised for these differences, where women are vilified and forcibly categorised – by men. They are even allowed to enhance themselves artificially for any shortcomings.

As Alice Dreger wrote in the New York Times, the World Anti-Doping Agency actually allows men who can prove they have naturally low levels of testosterone to boost these – and does not consider it doping.

A solution to this complex matter is probably some way off, but the IAAF’s current policy certainly isn’t it. DM