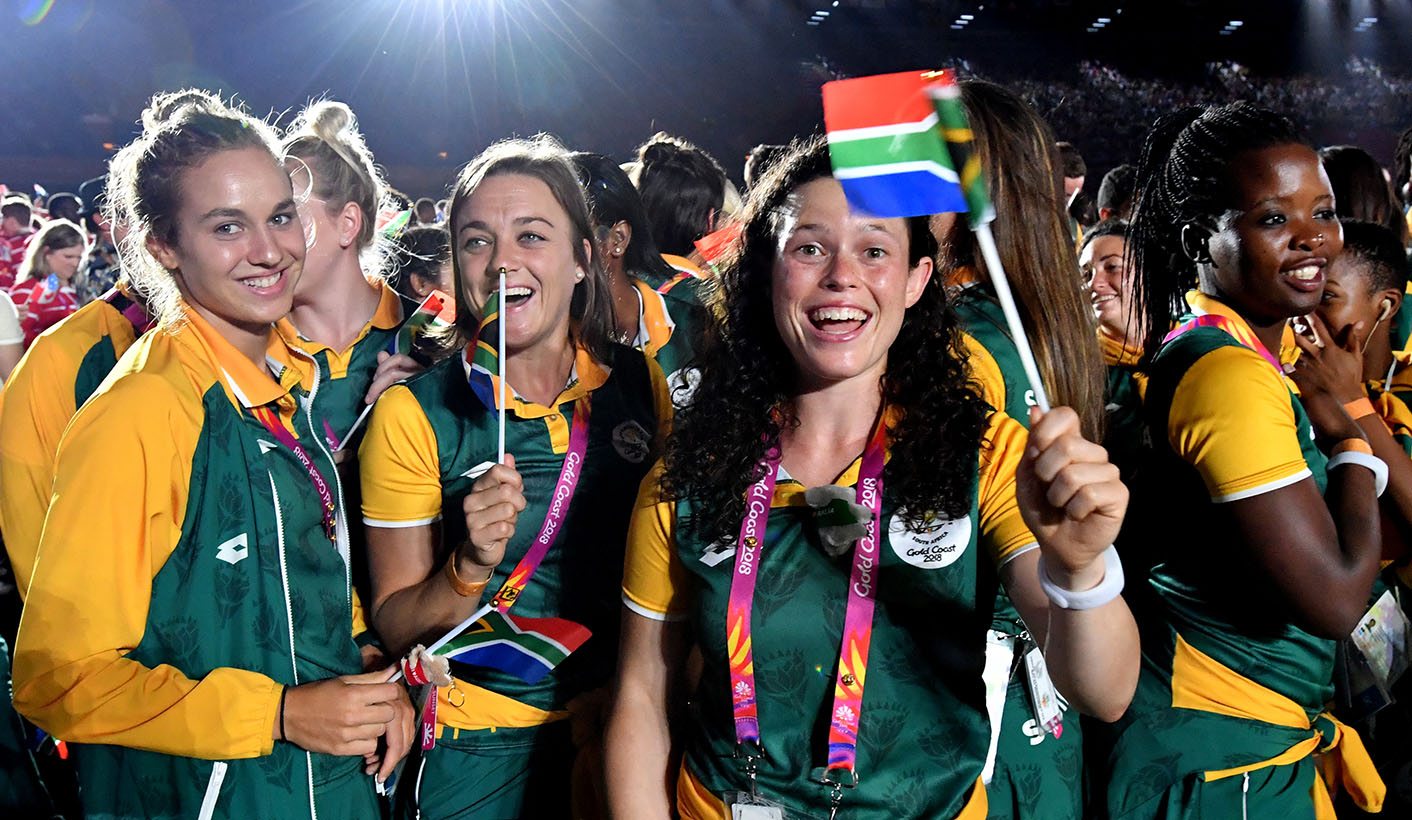 Athletes from South Africa enter the stadium before the start of the closing ceremony of the XXI Commonwealth Games on the Gold Coast, Australia,, 15 April 2018. EPA-EFE/DARREN

Beyond the triumph and glory achieved by South Africa at the 2018 Commonwealth Games, it was another important reminder that the development of aspiring athletes is about more than just medals. It’s about the holistic development of young people who have so much to offer – not just to sport, but to the country.

If you’ve been paying attention to South African athletics over the last few years, the country’s performance at the 2018 Commonwealth Games won’t come as much of a surprise.

Despite a few disappointments, South Africa finished with 37 medals (13 gold, 11 silver and 13 bronze). It is an incredible achievement, punctuated by stories of personal triumph – from Caster Semenya to Luvo Manyonga.

But beyond those stories, it’s a critical time in the country’s sporting growth – something that has been in the making for many years.

In a country as infinitely complex as South Africa, where funding for sport is almost viewed as a frivolous expense, the context of these achievements is worth considering.

Many athletes – both in South Africa and around the world – can’t really earn a professional living from athletics alone. The top performers do, through various sponsorships and the Diamond League, but these opportunities are not available to everyone.

Funding for development is a challenge – especially when there are far bigger priorities than stacking up medals at a global event.

But the performances you see at these events are the result of a wealth of opportunities offered to the country’s best athletes – opportunities that can be life changing.

It is in this context that the importance of athletics development should be considered – not just to turn the country into a sporting powerhouse, but what it can mean for young South Africans from all backgrounds.

Consider the career trajectory of Akani Simbine as an example. In 2015, he became just the second South African to break the 10-second mark in the 100m distance.

Since then, Wayde van Niekerk, Thando Roto, Simon Magakwe and Henricho Bruintjies have all broken that mark.

It’s a bit like the “four-minute mile” phenomenon. Once one athlete proves what is possible, others will follow.

Simbine is now a gold medallist – the country’s second ever in the distance. The 4x100m relay squad also bagged a silver medal on the Gold Coast – with a national record to boot.

Most of the athletes who performed so well on the Gold Coast will be in their prime by the time the 2020 Olympics comes around and, if they continue this upward trajectory, it could very well be its most successful Games to date.

The country is on the brink of a new dawn for athletics, but it’s taken a lot of hard graft to get here – and it all started at grassroots.

Athletics remains one of the sports most competed in at primary and high school level across the country. Meaningful participation in early years is vital for providing a base for those who aspire to achieve greatness – the example set by the country’s top athletes is the fuel that drives it.

While there is a slight drop-off in participation after primary school – and as with cricket and rugby, often a reliance on the “big name schools” to foster this talent – athletics offers far more “exhibition” opportunities for those who want to follow in the footsteps of their heroes.

This keeps happening, despite monetary challenges. There is no way South Africa can compete with the budgets of countries like America, the United Kingdom, Australia and China for high performance, but that it continues to punch above its weight is evidence of what is possible.

The progression from primary to high school and eventually high-performance is not something that is going to happen overnight. Indeed, one of the country’s most successful examples of this is the University of Pretoria (Tuks).

Wenda Nel, Anaso Jobodwana, Emile Erasmus and Simbine are some of the big names who are currently based there. Caster Semenya and Luvo Manyonga are both former students.

Tuks’ journey to being a powerhouse of talent began in 1999 when now-retired Kobus van der Walt was appointed Director of Sport.

His vision was to change the culture of winning being the only end goal to being a by-product of an environment that fosters holistic excellence. It is only now – almost two decades later and after Van der Walt has left – that this vision is coming to fruition.

But even if not every athlete who goes to Tuks is going to break records – or go to the Olympics – it doesn’t matter. For those who run the programmes it’s about athletes leaving as “well-rounded human beings”.

There is a similar argument to be made for the country’s boxers. Like athletics, the sport offers the opportunity for athletes to attend universities and represent their country, but the administration has swung from one crisis to the next.

Understanding the synergy between development and achievement is often still lacking when those in suits talk about sporting success. Changing that mindset is the first step in ensuring that the legacy that is being forged by the current crop of South Africa’s athletes continues to grow.

Developing young talent is a delicate task. It takes an enormous amount of care, dedication – and willingness to fail. It also takes a lot of money.

The Department of Sport can’t pay for it all. Private funders can only keep up if the economy allows, or if they are feeling particularly philanthropic. Often, funding needs to be sought overseas because it’s simply not sustainable for South African companies.

There will always be a few dedicated individuals who will do whatever it takes to see the development of some promising youngsters through. But there is so much talent that’s getting lost or that’s never offered the access to resources and opportunities to fulfil their potential.

There is no simple solution.

Sascoc, the body tasked to look after high-performance sport, though, has been constantly locked in crisis, as the recent Zulman Inquiry laid bare.

They have helped in some cases, but the much of the financial mismanagement and power struggles have been detrimental to development.

Bringing an end to this crisis is the second step in ensuring that the dawn of greatness turns into an age.

South Africa’s potential as a sporting country is a giant lying in wait. Realising that it’s about more than medals is what could very well shake it from its slumber. DM

Photo: Athletes from South Africa enter the stadium before the start of the closing ceremony of the XXI Commonwealth Games on the Gold Coast, Australia, 15 April 2018. Photo: EPA-EFE/Darren England