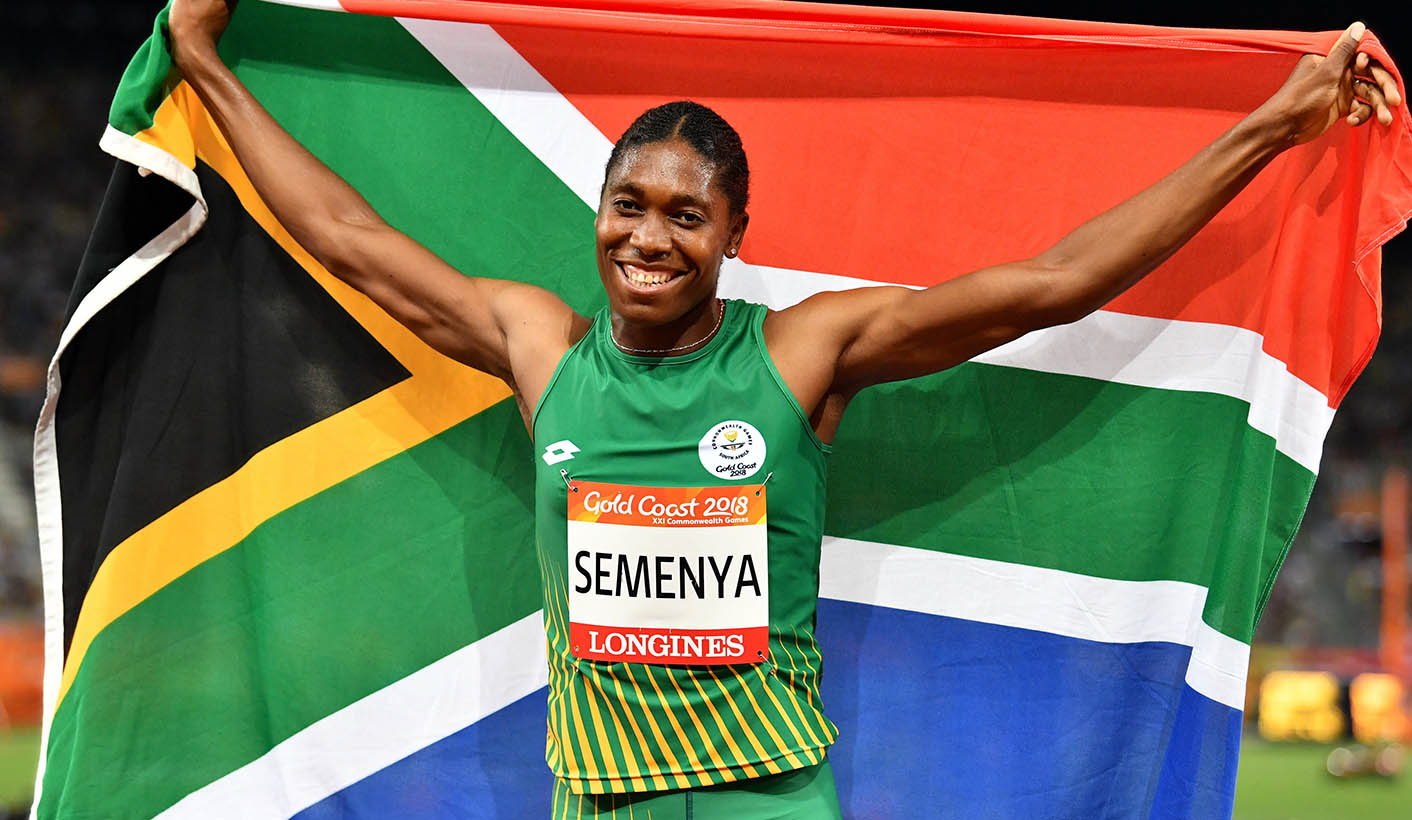 Caster Semenya completed a historic 800m/1,500m golden double at the 2018 Commonwealth Games when she added another medal to her already blinging trophy cabinet on Friday. BY ANTOINETTE MULLER.

Caster Semenya continued to add to her already incredible athletic legacy by winning gold in the women’s 800m final at the Commonwealth Games in Australia on Friday.

No South African woman had ever won a medal in this event, but Semenya did so at a canter, despite finishing below her personal best. Her time, 1:56.68, was enough to set a new Games Record, leaving Kenya’s Margaret Wambui and Jamaica’s Natoya Goule in her wake.

Running in lane five, Semenya blitzed through her heats earlier in the week and made a solid start on the first lap in the final.

She controlled the pace right from the start and led at the bell. It takes an exceptional athlete to control the race in this distance for so long. But Semenya does it with ease.

As the metres ticked by, Semenya turned on the pace with the final 150m and while those behind her tried and tried, she cranked up the pace as if to say: I’ve got more in me yet.

The 27-year old has already achieved so much and earlier in the week, she smashed the South African 1,500m record en route to gold. The record had been standing for almost three-and-a-half decades.

These are exceptional achievements for an exceptional athlete, even more so when you consider the circumstances.

Semenya and the challenges she has endured – none through a fault of her own – does not need any introduction.

But the mental resilience she continues to display deserves repeating over and over again.

In a time where athletics is desperate for someone to carry the entertainment baton from the retired Usain Bolt, Semenya is the perfect candidate. Yet, the IAAF doesn’t seem to think about it this way.

Many of the athletes who bemoan her efforts often do not even feature in the top 100 of the all-time lists.

Case in point is Australian Brittany McGowan. In the lead up to the 800m heats, she was quoted as saying: “It’s a tough one. It’s tough for a lot of women in the 800m, 400m and 1,500m at the moment to compare ourselves and be judged by our governing bodies on those times.”

McGowan’s PB in the 800m is 2:00.24. It doesn’t even feature in the top 500 all-time list. She did not qualify for the final. In fact, hundreds of women have run better times than that, but that doesn’t seem relevant.

Most of us would, if faced with the same persistent scrutiny would buckle. Many of us would give up.

Not Semenya. She remains polite. Congratulating all her competitors. Thriving. Shining. Representing South Africa – and her sport – like few other athletes can.

Often with the hard work she puts in to achieve such greatness being ignored. Add to that the mental strength and infinite politeness she has and there is no doubt that Semenya is one of the greatest competitors the world has ever seen.

Those who want to discount this by way of suggesting some sort of biological advantage – which incidentally, has never been officially made public other than through tabloid reports – is a silver bullet for her success, are not only mistaken, but missing out on basking in the greatness of one of the sport’s all-time greats. DM

Photo: Caster Semenya of South Africa celebrates after winning the Women’s 800m Final of the Athletics competition on day nine of the XXI Commonwealth Games at Carrara Stadium on the Gold Coast, Australia, 13 April 2018. EPA