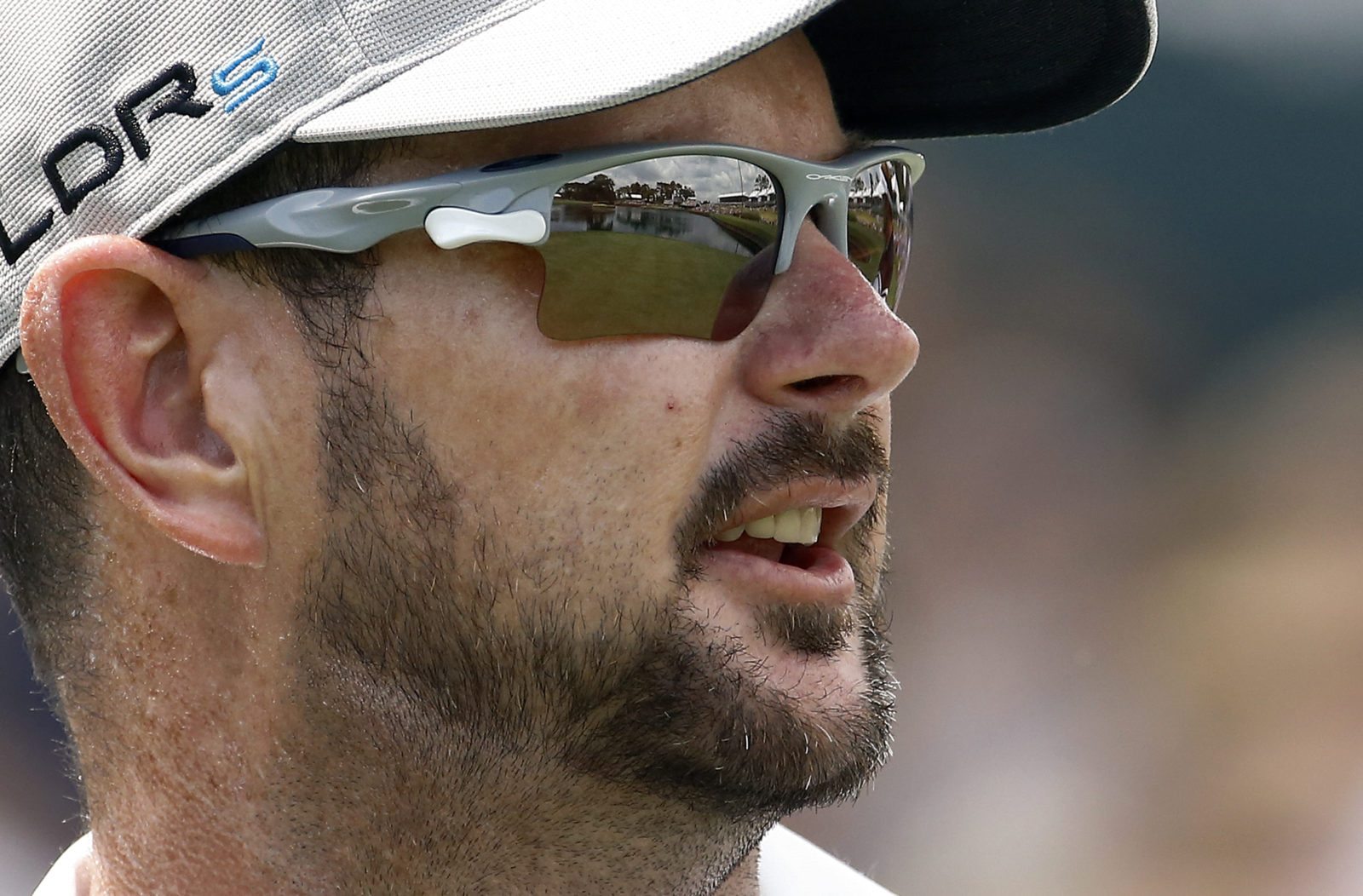 epa04200018 Rory Sabbatini of South Africa watches tee shot on the seventeenth hole during the third round of THE PLAYERS Championship at the TPC Sawgrass Stadium Course in Ponte Vedra Beach, Florida, USA, 10 May 2014. EPA/ERIK S. LESSER

Rory Sabbatini battled through the discomfort of a sore back to shoot a seven-under 64 for first-round lead at the RBC Heritage, with world number one Dustin Johnson not far behind.

South Africa’s Sabbatini has a two-stroke lead over a group of four Americans at five-under 66, including Matt Kuchar and Billy Horschel, while Johnson fashioned four consecutive birdies at one stage of his opening round for a 69.

Sabbatini took advantage of a lack of wind which helped make for ideal playing conditions at the Harbour Town Golf Links course.

Sabbatini, who started on the back nine, finished his bogey-free round with seven birdies, including back-to-back ones to close out the round. He drained a 52 foot putt on the par-three 14th hole for birdie and posted another birdie on 18 when he sank a seven footer.

The 42-year old from Durban is seeking his first win on the USPGA Tour since 2011 and he is doing it with a problematic back. Sabbatini said he hurt his back on Sunday while practising for this event. He entered the tournament not knowing how long his back would hold out.

He was most proud of his birdie on 18. “It is the key because 18 is not a forgiving hole,” Sabbatini said.

Johnson, who grew up in South Carolina but is playing here for the first time since 2009, is coming off a tenth place finish in last week’s Masters.

“It’s definitely a little bit different being here,” he said.

At 7,099 yards, Harbour Town is one of the shortest courses on the Tour so the long-hitting Johnson stuck mainly to his irons on Thursday. He ended up hitting just nine of 14 fairways off the tee.

“I played OK. I missed a few short putts there on the front side, which is my back side. But overall hit it pretty good,” said Johnson.

Kuchar is tied for second with Horschel, John Huh and Chesson Hadley. Kuchar, who tied for 28th at the Masters, made birdie on four of his last seven holes. DM

The president, the finance minister and the economists