Labour Minister declares May the month of the minimum wage; workers’ reservations ignored 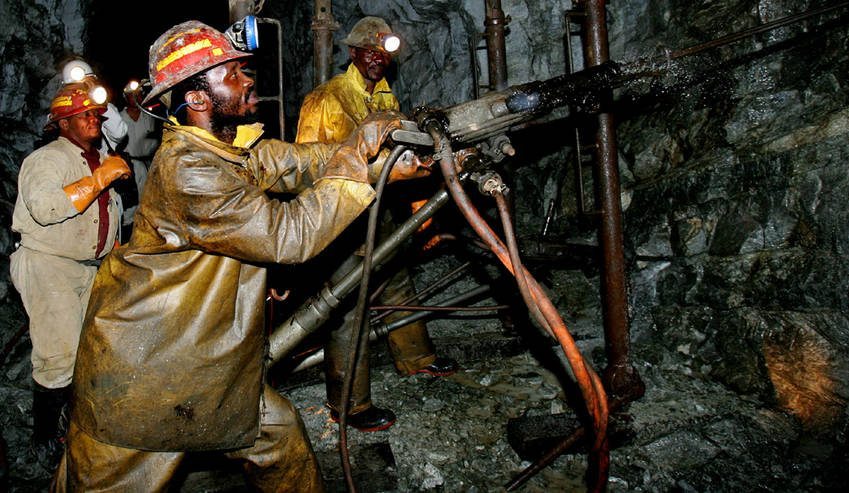 Labour Minister Mildred Oliphant on Thursday dedicated May, celebrated in South Africa’s political calendar as Workers’ Month, to the national minimum wage. In describing it as “a progressive policy tool… aimed at addressing wage inequality”, the minister closed her eyes to the contestation over this measure in Parliament’s law-making process. Government’s rhetoric also stands in contrast to scepticism over the recent World Bank report on overcoming poverty and inequality in South Africa. A national minimum wage would have a “negligible” impact on alleviating poverty and inequality, the bastion of the free market said – what’s needed are good jobs with increased wages. By MARIANNE MERTEN.

Thursday was a curious day, and so was the labour minister’s announcement. The draft law needed to give effect to a national minimum wage – R20 an hour, but not for all – is stuck in Parliament’s labour committee and, unless the legislative process is rushed in the next two weeks, the official implementation date of 1 May will be missed. Public hearings in April highlighted the contestation around this national minimum wage, touted by President Cyril Ramaphosa since his days as deputy president as the tool to reduce income inequality.

Thursday was a curious day also as the rifts in South Africa’s labour movement emerged clearly outside the main gates of Parliament. Cosatu, which has endorsed the national minimum wage as a start towards a living wage, mustered about 30 picketers to up the pressure for a speedy passage of the required laws. If there was no update, it would march to Parliament on May Day. Just minutes earlier the South African Federation of Trade Unions (Saftu), represented by around 1,000 members of various affiliates, protested against a national minimum wage as “an assault and an insult” to workers.

He was more colourful when it came to what Ramaphosa could do with that R20 hourly wage.

“We are saying to Cyril Ramaphosa, take that R20… you can find the space behind the backs of your buffalos and you can put the R20 there!”

Ironically, Saftu and its largest affiliate, the self-proclaimed Marxist-Leninist National Union of Metalworkers of South Africa (Numsa), find themselves closer to the World Bank view on the national minimum wage than the ANC government and its tripartite alliance partner, labour federation Cosatu.

The World Bank report, “Overcoming poverty and inequality in South Africa: an assessment of drivers, constraints and opportunities”, was released in April by Minister in the Presidency for Planning, Monitoring and Evaluation Nkosazana Dlamini Zuma. It was a quiet publication despite damning findings.

The report describes South Africa as the world’s most unequal country in 2015 by any measure. Indicators canvassed range from the number of citizens living below the poverty line to inequality in income, assets and opportunity. And levels of poverty have deepened since 2011, effectively reversing some of the gains made. That the situation is not worse is largely due to the social wage, ranging from social grants to free basic services and basic education.

Much of this World Bank report is not necessarily new. In August 2017 Statistics South Africa released its “Poverty trends in South Africa: an examination of absolute poverty between 2006 and 2015” which clearly showed three million more citizens, or a total of 30.4-million, lived in poverty in 2015 than in 2011. Effectively, that meant one in three South Africans survived on R797 per month, or less.

But the World Bank report crucially highlights the impact of income inequality – defined increasingly by education, jobs and geography, although race and gender continue to play key roles – and how having just any odd job does not necessarily prevent a slip back into poverty.

Income inequality is identified as the largest contributor to inequality overall, and it has increased in real terms between 2005 and 2014 regardless of whether the Gini coefficient or Palma ratio is used. And while some earn wages comparable to workers in developed countries, “wages of those at the lower end of the distribution are comparable to those seen among the poorest countries”.

Link that to stark asset and wealth inequality – the top percentile of households hold 70.9% of wealth, while the bottom 60% just 7% – and a gloomy picture emerges.

Against this, the World Bank report argues that current policy initiatives such as the national minimum wage and the employment tax incentive would not have the positive impact touted by government.

“Analysis of current policy interventions, such as the employment tax incentives and the national minimum wage, suggest that their effect on inequality and thus poverty is very modest. Creating good jobs for the poor will have a much larger impact on inequality and poverty,” says the report.

“A large proportion of the population consists of working poor who earn very low wages. The effect seems to depend on the type of employment that the (household) head engages in, especially regarding its stability and duration. To unlock the full potential of labour markets in accelerating the reduction of poverty and inequality, it is important to create jobs and increase wages at the same time.”

In other words, creating any odd job and pay any odd wage isn’t going to make a significant dent. It’s more complex, of course, given the role of race, gender, geography and inter-generational mobility, and an at best sluggish economy. But the bottom line is that “movement out of poverty is more likely to take place if the share of employment income in the total income increases”. There is a correlation between better wages and lessening poverty: a 10% wage increase translated into a 7.3% poverty reduction.

The proposed national minimum wage of R20 per hour – farm and domestic workers alongside those working in the public employment programmes would receive R18, R15 and R11 respectively – is government’s answer to this. The argument is that on a 40-hour working week, incomes would rise to R3,500 a month, or significantly better than 60% of workers currently receive.

But this extrapolation is disingenuous. Not every worker clocks up 40 hours a week, and often targets are set in relation to hours and wages, while some unions have already experienced employers wanting to offer R20 an hour wages to new entrants in sectors where the established minimum wage is significantly higher.

The national minimum wage follows policy interventions which have not necessarily achieved their intended goals. By 2016 the uptake of the employment tax incentive – colloquially known as the youth wage subsidy as companies receive tax rebates to employ young people – emerged as disappointing.

According to a World Bank report graphic, of the more than 900,000 available employment tax incentive jobs in the financial and business services sector, fewer than 285,000 were taken up. In the trade sector just under 571,429 such positions were available, but just over 142,857 were taken up. It remains unclear whether there was a backlog of such approved tax rebated posts, and if so, its size.

There have been plenty of twists and turns around the proposed national minimum wage, both inside and outside Parliament. With the 2019 elections nearing, it’s also a potentially important campaigning platform for the ANC and the government it leads. But not everyone agrees, and certainly not in the bigger picture of South Africa’s persistent poverty and inequality.

Or, as the World Bank report states:

Tackling inequality, it argues, called for “solutions that would increase the participation of the poor in a more rapidly growing economy – that is, promoting inclusive growth in a meaningful way”. DM