Parliament: The Unravelling of the National Minimum Wage Bill 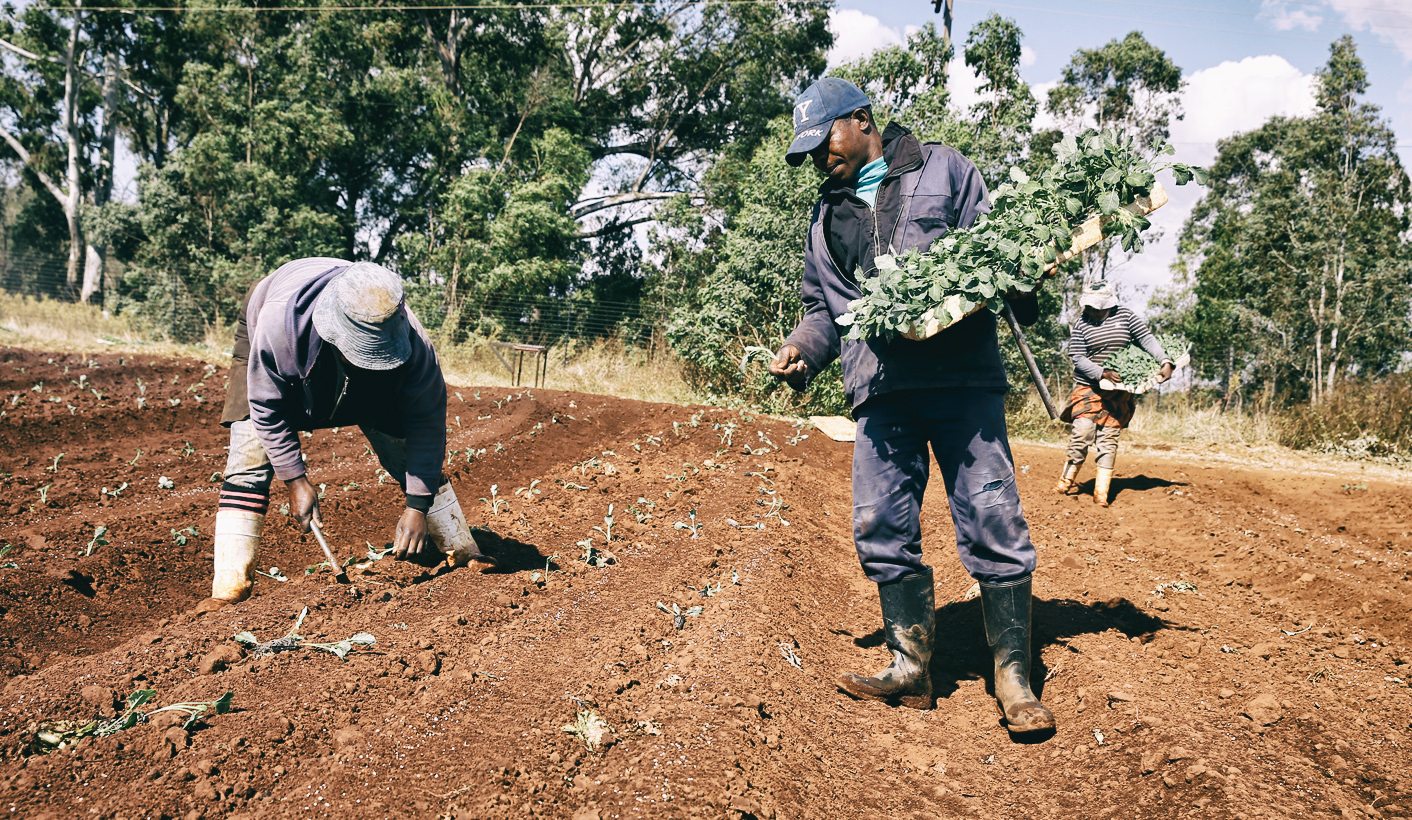 Parliament is to blame for the delay in the national minimum wage, meant to come into effect on Workers’ Day, 1 May. The National Economic Development and Labour Council (Nedlac) is to blame – just not Labour Minister Mildred Oliphant. Yet by the time the minister briefed President Cyril Ramaphosa on Friday – he has championed this national minimum wage as a tool to reduce income inequality since his days as deputy president – the horse had already bolted. Four days earlier, Cosatu had raised the red flag. This is a tale of how an agreement unravelled. By MARIANNE MERTEN.

In February 2017 the National Economic Development and Labour Council (Nedlac), representing government, business and labour, reached an agreement on a national minimum wage of R20 per hour for all but domestic and farm workers, who would have to wait an extra two years for it to be realised. It was a hard fought-for agreement that took all of those two years to conclude.

The agreement was publicly announced by then deputy president Cyril Ramaphosa on 8 February 2017, with a firm statement on the implementation date of 1 May 2018:

“… (T)he social partners have reached agreement on modalities for the introduction of a national minimum wage of R20 an hour to be implemented from no later than 1 May 2018.”

That Nedlac agreement states right at the start:

“There is agreement that at the implementation date (which should be no later than 1 May 2018) the level of the national minimum wage will be R20/hour.”

And in the next paragraph under the heading implementation date, it states:

“The NMW (national minimum wage) should be implemented as soon as possible, but that this time frame is contingent on finalisation of the legislation and setting up the new institution. Implementation is planned for no later than 1 May 2018.”

But Labour Minister Mildred Oliphant’s take on Monday was that there was “an intention… depending on the finalisation of the legislation” to introduce the national minimum wage on 1 May 2018.

“All the Bills are now under the authority of Parliament and those who have views and opinions on the Bills will have to approach Parliament as we, the executive, no longer have control of these processes.”

Asked whether the ministry and department took responsibility for the delay, Oliphant said:

“I raised that at Nedlac… If we don’t finish the Bills at Nedlac by September it would not be possible. The constituents at Nedlac were aware of that.”

So what happened? Daily Maverick is reliably informed that very little happened at Nedlac following February’s announcement until May 2017 when the department finally tabled the first versions of the draft laws.

By August 2017 there was no progress amid tense negotiations and delays. Labour presented various amendments to ensure that the national minimum wage, which it regards as a starting point for improved living standards, would not be eroded, and would be extended to everyone sooner than later.

But then the revised draft legislation reached Nedlac in September 2017 with exactly none of the points taken on board.

“There was no willingness to engage or shift on issues,” one insider told Daily Maverick.

By October 2017 Nedlac reached an agreement to disagree. Yet the Bills were taken to Cabinet, which approved these on 1 November 2017, according to an official statement. Then the Labour Department proceeded with its own public hearings during which many of the submissions raised concerns similar to those raised in the Nedlac process. The bundle of Bills was tabled pretty much unchanged in Parliament at the end of November in the dying days of the 2017 parliamentary year.

It remains unclear why they reached the parliamentary labour committee of the National Assembly only earlier in March 2018, two weeks before the Easter recess, and an impossible time crunch for this draft legislation to also pass the National Council of Provinces (NCOP) before the president can sign a credible law into force.

Cosatu intervened directly with Ramaphosa amid worries that rushing through the draft legislation would leave it open to challenges. The labour committee on Thursday agreed to take its time instead after a series of behind-the-scenes meetings.

On Monday Oliphant confirmed she had briefed Ramaphosa about the delay on Friday.

“I have verbally briefed the president that it’s not possible…”

“Any suggestion the parties are to blame is ludicrous,” said Neil Coleman, co-director of the Institute for Economic Justice, who led the labour negotiations on the national minimum wage at Nedlac.

The February 2017 Nedlac agreement had stipulated:

“It is proposed that these sectors will be brought up to 100% of the NMW level within 2 years pending research by the NMW Commission on this time frame.”

Civil society and labour activists have long argued that domestic and farm workers are among the most vulnerable in society. And questions over the Labour Department’s capacity to protect them even under the current regimen of sectoral determination emerged starkly on Friday during the public hearings on the national minimum wage in Parliament.

Women on Farms on Friday told MPs its 2017 research showed 69% of farmworkers had never seen a labour inspector. And if they did, the inspectors talked only to the farmer, or to the farmer and “hand-picked workers in the presence of the farmer”. In the skewed power relations in South Africa’s rural hinterlands it is unlikely a worker would freely indicate problems.

But issues there are. MPs heard how farmers claimed they had applied for exemptions from paying the current sectoral determination minimum wage, but when claims were checked, though there may have been an application, there was no approval of the exemption.

And farmers have started setting targets for workers as a condition to paying the sectoral minimum wage.

“You work yourself morsdood (completely dead) to achieve the targets. Die boere sit jou op ‘n target. Hulle will nie betaal (The farmers put you on a target. They do not want to pay you),” said Corina Kana, a farmworker and member of Women on Farms.

The national minimum wage legislation as it stands now has implications for other sectors, it emerged during the public hearings.

Shukumisa, a coalition of non-governmental organisations (NGOs) working in the social care sector, from supporting rape survivors to running domestic violence shelters and services for people living with disabilities, warned MPs of closures of services meant to protect the most vulnerable, including children and youths.

Blunt examples were provided. One umbrella organisation, which had been unable to increase staff salaries in the past two years, would need R420,000 extra a month to pay its 330 employees who currently are receiving less than the proposed national minimum wage. That money was simply not available, and “they will not be able to continue with many of the projects and activities currently serving its vulnerable population groups”.

And the redefinition of worker would mean that a skills development centre for youth with disabilities – a “protective workshop” in social services lingo – would be reclassified as an employment centre. That meant the national minimum wage applied, even if Social Development only paid a R200 monthly subsidy for each of the 100 youth there, according to the presentation.

The fishing sector doesn’t really pay per hour, given that seafarers are at sea for days, or weeks, at a time. Their employment is regulated under the Merchant Shipping Act, both FishSA and South African Longline Hake pointed out to MPs last week.

And it’s the industry standard to pay fishers at least in part in commission, based on the fish landed.

The retail sector, currently governed by sectoral determinations, broadly speaking pays higher wages to those flexible and prepared to work Sundays and public holidays and includes considerations of paid leave and pension provisions in their pay structure.

While the principle of a national minimum wage to reduce income inequality is widely accepted, not everyone agrees.

The National Union of Metalworkers’ of South Africa (Numsa) told MPs last week that the national minimum wage did little, if anything, to improve workers’ living conditions. It was not a living wage in a country where workers’ incomes continued to drop as a share of the gross domestic product.

But on Monday Labour Director-General Thobile Lamati said it was hoped the delay of the introduction of the national minimum wage would be a month or two. Echoing his minister, Lamati added:

“It is out of our hands. The department does not have the power to pressure Parliament.” DM