Parliament: National Minimum Wage Bill will not be rushed 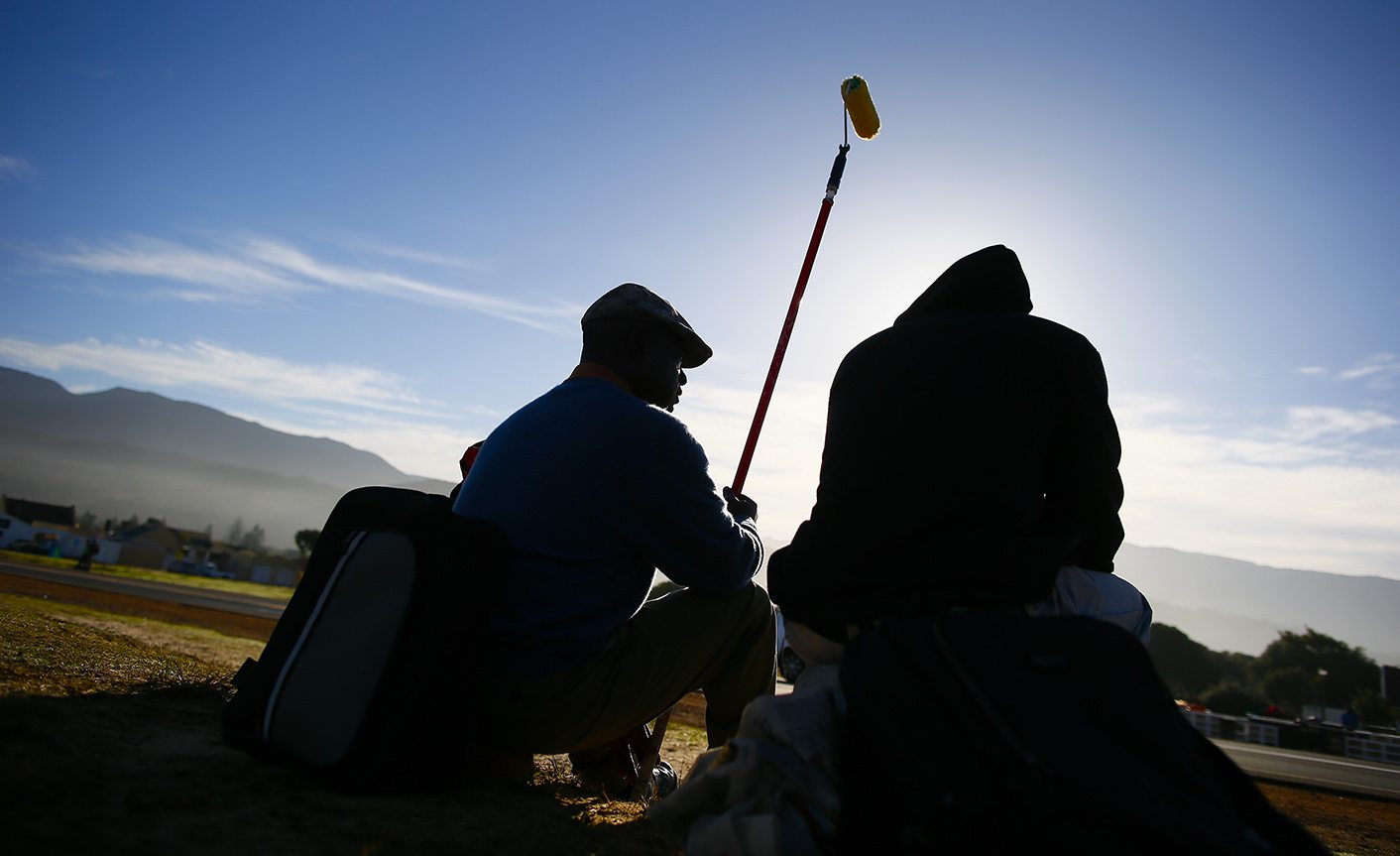 There will be a national minimum wage, just not from 1 May as announced some 13 months ago. Parliament’s labour committee on Thursday dropped its push to have the draft law, alongside the two required amendments to existing labour legislation, approved in the House next week so the National Council of Provinces (NCOP) could approve the draft laws after parliamentarians return form recess in the second half of April in time for implementation on Workers’ Day. Thursday’s development is a mix of behind-the-scenes intercessions and realpolitik: rush to pass a fraught law that’s likely to be challenged or allow time for a credible process. By MARIANNE MERTEN.

It was a seemingly straightforward comment at the start of Thursday’s public hearings by labour committee acting chairperson Sharome van Schalkwyk that let the cat out of the bag.

“No way, it’s practicably possible, unless it’s rushed through, to have this legislation in place by 1 May.”

For the past 10 days amid civil society and opposition parties’ caution not to rush the bundle of Bills, ANC MPs maintained it would be possible to get the work done in time. The national minimum wage Bill and related amendments to existing labour laws would fundamentally change South Africa’s labour regimen, including ultimately abolishing sectoral determinations which not only deal with wages but also related conditions of employment matters for the most vulnerable workers.

Why was the foot taken off the legislative pedal? On Monday night Cosatu Secretary-General Bheki Ntshalintshali reached out to President Cyril Ramaphosa with concerns that a rushed-through national minimum wage would backfire.

Cosatu parliamentary liaison Matthew Parks told Daily Maverick that, following Ntshalintshali’s approach arising from real concerns over legal and other challenges, there was also a meeting on Tuesday with the ANC labour study group, parliamentary lingo for a party-political strategy and tactics meeting for a united front in an upcoming committee discussion. That ANC study group meeting was also attended by Labour Minister Mildred Oliphant, as is tradition.

Cosatu’s intercession would have found fertile ground as concerns over the tight, even impossible, time frames for Parliament to adopt considered legislation with the 1 May target date were taken seriously by late last week.

While the anticipated delay in the national minimum wage is not expected to exceed a few months – a better, fully canvassed and consulted-on law would emerge, even if ideological disagreements from both the left and right would remain – the delay is embarrassing for government. And it talks directly to governance and procedural challenges within the political and bureaucratic administration to legislate, never mind implement, even agreed-to policy.

Ramaphosa has driven the national minimum wage as a flagship project, dating back to his days as deputy president. For two years he shepherded this minimum wage agreement through the National Economic Development and Labour Council (Nedlac). On 8 February 2017 he announced the R20 per hour minimum wage from 1 May 2018 – farm and domestic workers would only qualify from 2020 – as a “a significant advance in our efforts to address the challenges of wage inequality and labour instability. They provide further momentum to our national effort to tackle poverty, unemployment and inequality”.

President Ramaphosa has mentioned the national minimum wage in just about every one of his public statements, including his maiden presidential question session in the National Assembly earlier this month, when he described it as a means to reduce income inequality.

Both the national minimum wage Bill and the 8 February 2017 Nedlac agreement stipulate a 1 May 2018 implementation date, co-inciding with the Workers’ Day public holiday.

Ramaphosa’s spokesperson Khusela Diko told Daily Maverick the president was “in consultations with all stakeholders”.

While there was still a wish to see the legislation adopted in time, he understood the issues raised by labour and was committed to resolving these.

“We understand what’s happening. We are in consultations,” Diko added.

On Thursday Van Schalkwyk declined to comment when asked whether there was a direct approach to the committee to delay the bundle of Bills:

“I’ll not answer you now, there will be a press statement.”

That public statement may well not come from the committee, but the minister whose office announced a media briefing on Monday evening. Ministerial spokesperson Sithembele Tshwete declined to be drawn on why a minister, a member of the executive, would make a statement on the law-making process by another sphere of state, the national legislature.

“We do not interfere with Parliament. We are wanting to explain and clarify,” he told Daily Maverick, urging patience: “Let’s allow the minister.”

That Oliphant must go public with an explanation on why the nation minimum wage would not come into effect on Workers’ Day as announced may well be part of a presidential strategy for Cabinet ministers to take responsibility for their (mis)actions.

Even on 31 January the Labour Department had to correct itself publicly for including the wrong definition of “a worker” in the national minimum wage Bill. What had been agreed at Nedlac was a definition of worker as “any person who works for another and who receives, or is entitled to receive, any payment for that work whether in money or in kind”.

What appeared in the Bill was a definition in contravention of the Nedlac agreement.

“The department therefore regrets the change of wording in the definition published in the November version of the Bill. The change occurred during the certification process between the Office of the Chief State Law Adviser and the department’s drafters. It was an oversight by the department and will be corrected,” said the media statement.

It’s not a first. In 2017 the Labour Department misstated the entitlement to maternity leave in the Unemployment Insurance Fund amendment legislation, effectively undoing the legislative amendment that had been passed in Parliament, and signed into law by then president Jacob Zuma. The incorrect law had to be returned in mid-2017 to Parliament so MPs could fix what officials called a typo.

During Thursday’s public hearings on the national minimum wage the Labour Department was sharply criticised for introducing matters into the draft legislation that fell outside the Nedlac agreement.

Institute for Economic Justice co-director Neil Coleman told MPs there never was agreement to phase out the sectoral determinations. That was completely new.

“Parliament should not assume what is contained in the Bills reflects the Nedlac agreement.”

And while the Employment Conditions Commission also would be abolished, the new minimum wage commission does not receive its powers and functions to deal with employment matters aside from wages.

The University of Cape Town’s Labour and Enterprise Policy Research Group co-ordinator Shane Godfrey agreed, as did Cosatu, the Federation of Unions of South Africa (Fedusa) and the National Council of Trade Unions (Nactu) in their joint submission.

“It is specifically agreed that the adjustment should not lead to the erosion of the value of the NMW (national minimum wage) taking into account all of the above factors”.

Meanwhile, the National Union of Metalworkers of South Africa (Numsa) and South African Federation of Trade Unions (Saftu) are opposed to the national minimum wage, because it is not a living wage, and related labour law amendments. Spearheading the #ScrapNewLabourLaws campaign, representing some 20 organisations, Numsa took to the streets on Human Rights Day; a strike is planned for 25 April.

There are a number of other questions.

Why did it take the Labour Department some 10 months after the agreement to table the bundle of Bills in the dying days of the parliamentary year at the end of November 2017?

Why did it take the department over two months to get back to Nedlac with its first legislative draft after the February 2017 agreement?

And why, in contrast to normal Nedlac process, were the Bills not dealt with line by line?