Road to the DA Federal congress: Fears that new diversity values will make party like the ANC 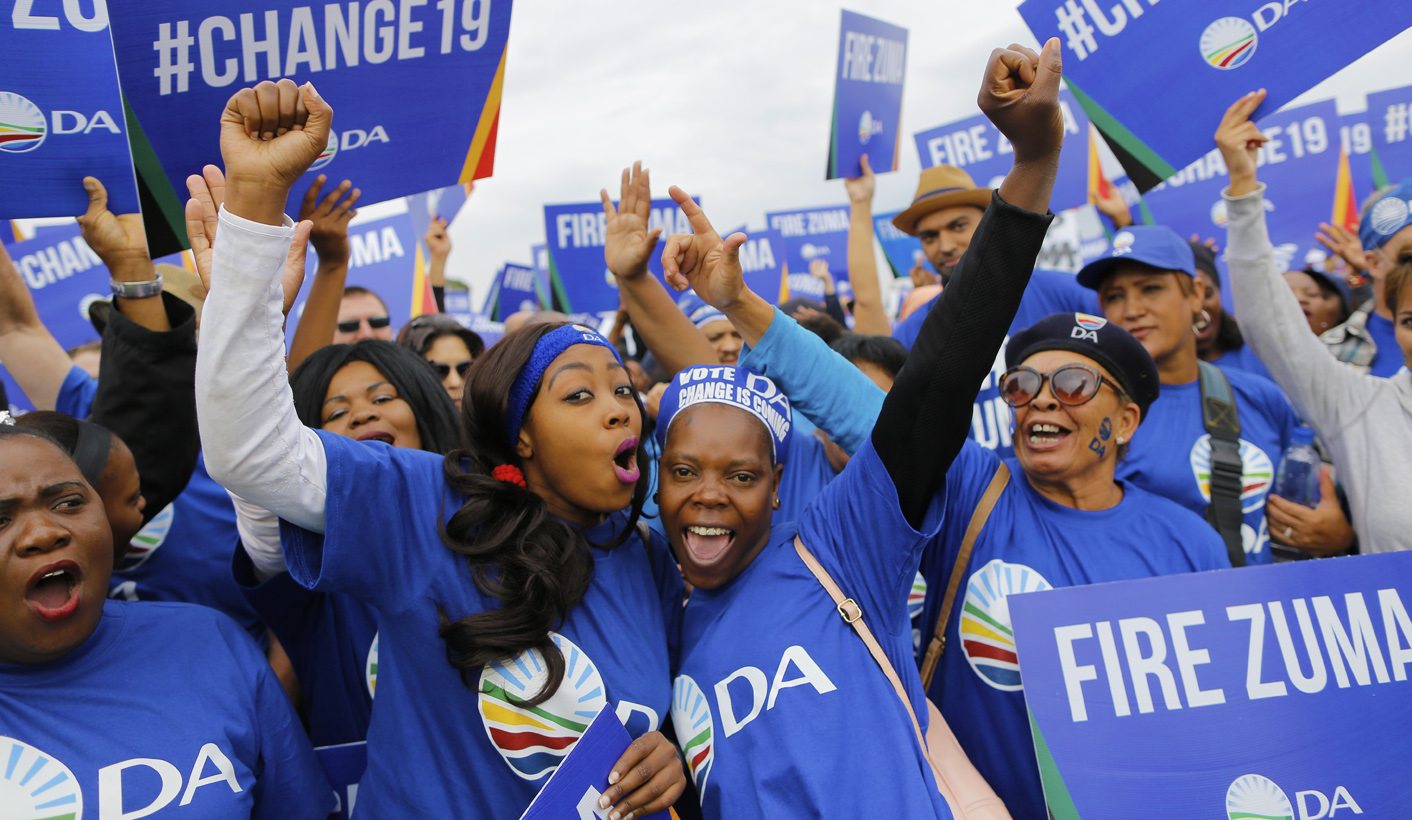 Three years ago the Democratic Alliance devised a “Values Charter” to define once and for all what the party believed in, and to give potential voters an easy reference point on what they’ll be buying into. With just a year to the next election, the party is again searching for its soul – and some good selling points to boot. By CARIEN DU PLESSIS.

Shortly after being elected DA leader in May 2015, Mmusi Maimane took to the road to preach the party’s “Values Charter”, which was adopted at the same conference where he was elected.

The two-page charter starts off by saying:

“We stand together with all South Africans who share a community of values embodied by these words: Freedom, Fairness and Opportunity.”

It was supposed to project the image of a party caring about the community it lives in, and to establish some values that the fast-growing DA would define itself by – even as it became more diverse racially and in terms of ideological opinions.

Some in the party raised concerns about the emphasis on family, which earned the document the sardonic nickname of “the family values charter”.

They lost to the likes of (still) Cape Town Mayor Patricia de Lille and party chief whip John Steenhuisen, who said the adoption of the values section of the charter should go ahead as “Helen Zille’s legacy”. It did.

The party made great gains in the 2016 local government elections, possibly more due to some hard campaigning and the ANC’s spectacular bungling about retaining Jacob Zuma than the wording in the Values Charter.

Still, a new debate has started in the party two weeks ahead of its federal congress in Pretoria (on 7 and 8 April) – about diversity.

Maimane – who is running uncontested for a second three-year term – is championing an amendment that would put “diversity” next to “freedom, fairness and opportunity” as one of the DA’s core values. With former president Zuma gone but a raised awareness of racial nationalism, next year’s general elections could be a tough contest for opposition parties.

Party MPs Gavin Davis and Michael Cardo, however, cautioned against “diversity” implying that the DA had to be demographically representative. This would be illiberal and too ANC, they argued.

Deputy chief whip in the KwaZulu-Natal caucus, Hlanganani Gumbi, however, insisted that the party’s leadership should look a little more like the country.

He quoted former chief strategist Ryan Coetzee’s speech at the party’s federal council in October 2006, in which he said:

“There should never be any one position in the DA reserved for a person of a specific colour. Anyone, of any colour, should be able to hold any position. But when one looks at the colour of our leadership and of our public representatives overall, then the diversity of South Africa should be on display.”

On his Facebook page, Gumbi capitalised the very last phrase, and Davis indicated that he liked the quote. It is in the interpretation of what seems to be a rather ambiguous statement to start off with that the two sides differ.

DA MP Cameron MacKenzie on Sunday added his voice to the debate and had some harsh words about Maimane’s proposed clause.

“It is patronising, insulting, and divisive, cloaking myriad unintended consequences behind an innocuous mask,” he wrote.

He argued against the quotas that such a diversity clause would imply.

“Our unwillingness to practise racial identity politics is what sets us apart from any other formation; it is a strength,” he said in his reply to the debate.

The DA was already diverse according to its own definition in clause 2.5.4.12 of its constitution, which says differences in race, gender, sex, pregnancy, marital status, ethnic or social origin, colour, sexual orientation, age, disability, religion, conscience, belief, culture, language or birth all constitute diversity.

“I would challenge you to show me a single structure in the DA that is not diverse,” he said.

He added that all the party’s structures had rejected quotas and, in fact, needed none in order to be diverse.

MacKenzie presided over the party’s leadership elections in Johannesburg in 2016 as electoral college chair, and said the “quality and quantity of the candidates” were the finest he’d seen, and the party would naturally attract a good pool of talent anyway.

“Meritocracy must trump populism,” he wrote.

He said “artificially engineering a process shamefully patronises those who occupy positions in the party staff structures as well as public representatives”, and there already was a 10% “diversity” prerogative for the party’s federal and provincial leadership structures as a safeguard, he said.

Gumbi has, however, pointed to a few cases that escaped these safeguards in his contribution to the debate. He said the DA’s parliamentary caucus was still far from diverse. The DA has in the past brushed off any enquiries about racial and gender composition of the caucus by saying it didn’t keep count because it doesn’t believe in quotas, and in 2012 it vowed to fight against ANC suggestions that the law should be amended to have 50/50 gender quotas in Parliament, like the ANC has.

Gumbi said the national campaigns team in the last election didn’t have a black African or Indian person in the team, and in eThekwini, not a single one of the 11 elected caucus exco members were black. He argued it wasn’t just down to meritocracy, but implied structural racism also had something to do with it.

He also argued that, out of the 2,000 congress delegates, there would be no branch member from the predominantly black Soweto, Zululand or uMkhanyakude.

Chairperson of the DA’s federal council James Selfe explained to Daily Maverick on this matter:

“The formula was accepted in 2011, when the DA was much smaller. We now have over 2,000 branches countrywide, and the only way we can apply the formula whilst ensuring that all branches are represented by a non-public representative would be to increase the size of Congress to well over 5,000 delegates.

“So it is so that some branches are not represented by a non-public representative delegate. They will, of course, have representatives at Congress in the persons of their MP/MPL and several councillors.

“We do recognise that we will have to revisit the formula, but we cannot do so now, just before the Congress.”

Some in the DA have expressed regret that this debate was aired so publicly so soon before the party’s congress, but as the party grows into government in more and more places, South Africans have the right to know what vision and values it is they’re buying into. DM